BMW’s M-Power website continues their online series on the BMW 1M with a new chapter. While the previous one focused on the driving experience behind the wheel of the new “baby M”, the second episode takes us back to the beginning of the 1M project and how it came to life. Let’s have a look.

It all began with the statement: “Let’s build a genuine BMW M.”

Ideas for an entry-level model M automobile that was worthy to carry the name have long been entertained. After the model palette was expanded with the BMW X5 M and the BMW X6 M, and the sporty profile of the BMW M3 was further sharpened with the BMW M3 GTS, the time was ripe for the BMW Series 1 M Coupé. The engineers at BMW M were to be given an opportunity to show how they imagined a small BMW M – and the executive management under the chairmanship of Dr. Kay Segler was impressed with the results. It is not hard to see why.

Anyone looking at the BMW Series 1 M Coupé today will readily admit: the BMW M design team has worked miracles. Every aspect of the powerful, athletic design with its M-specific aesthetic leaves you wanting more. Anyone with a genuine love of cars will immediately feel the same “must-have reflex” that was once evoked by the BMW M3 E30 Sport Evo.

“Form Follows Function”: just as one would expect from BMW M, the vehicle’s exciting curves are more than window-dressing.

A logical decision has been taken in line with the aims of BMW M. “The kinematic qualities of the M3 were incorporated because the way in which the tracking and camber respond when deflected is just phenomenal,” confirms developer Jürgen Schwenker. The transverse link and trailing arm constructions have already undergone their baptism of fire in the BMW M3. It was possible to do without the thrust panel, the aluminium support that reinforces the front of the BMW M3, because the inline six-cylinder turbo engine is even lighter than the already compact V8 engine of its bigger brother. Thus, the chassis of the BMW Series 1 M coupé is lighter than that of the BMW 135i. The standard 19 inch competition wheels play their part in this. 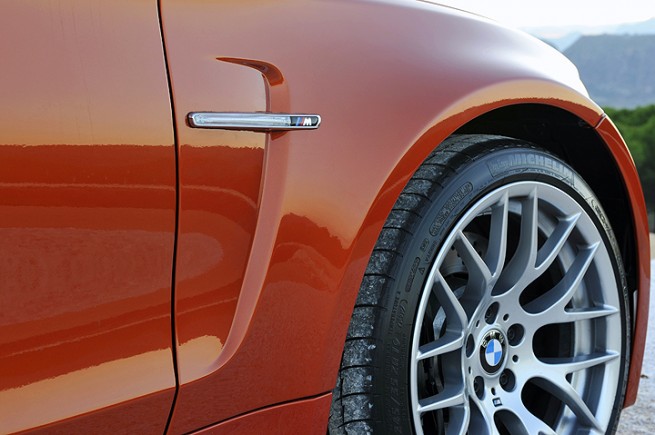 But back to the prototype car: the tyres should be covered even on a pre-series development model. Hence, hand-made extensions to the mudguards were modelled and documented in countless prototype photographs.

Of course it would also have been possible to produce the mudguard extensions in series with glass fibre reinforced add-ons. However, as you’d expect at BMW M, Development doesn’t believe in half measures. It was decided to pour a great deal of effort into developing a completely new rear side section. The extreme flexibility shown by the BMW plant in Leipzig means that special measures can be integrated in the normal production process without any problems. 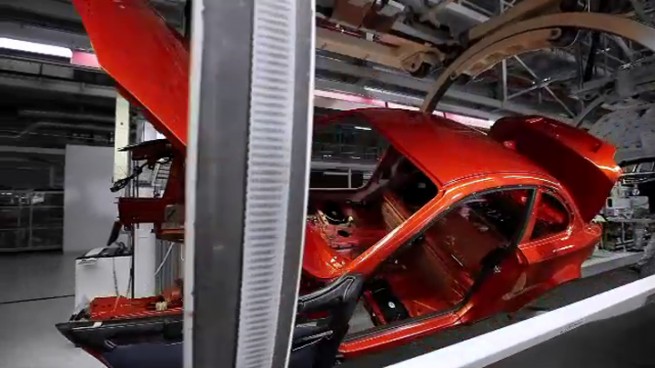 Even if the latest member of the BMW M model family shares many of the genes of the BMW M3, the BMW Series 1 M Coupé is a completely separate car with a specific character and highly expressive nature. The driving experience is characterized by the rich turbo torque and the compactness of the BMW Series 1. This was taken into account.

Thus, for example, the variable M differential lock from the BMW M3 with a newly developed characteristic curve. Key parameters in this include the lightweight tyres and engine. If the basic lock torque is too high, the car could tend to under-steer. That is why the BMW M engineers thoroughly tested precise aspects of the lock on courses such as the northern loop of the Nürburgring. “The BMW Series 1 M Coupé also has a lot of traction in alternate curves and impresses with its neutral handling style,” enthuses chassis expert Jürgen Schwenker. 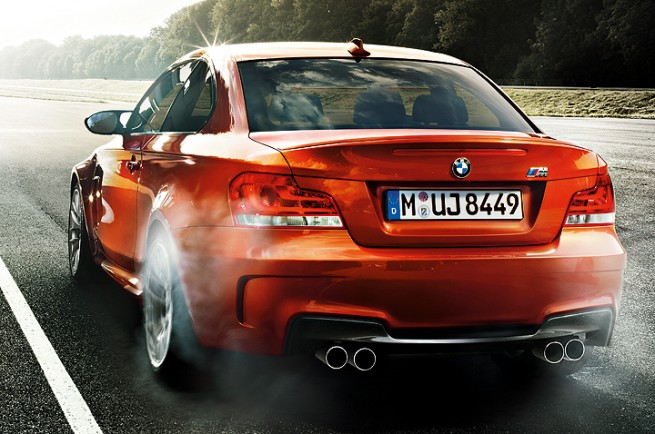 The powerful extended mudguards are visible evidence to all of the design principle of the joy of driving, however this is an experience reserved for the drivers of the BMW Series 1 M Coupé.

Exciting curves – also underneath the car.

The fact that this pleasurable experience will not have a trace of regret is also thanks to the light compound brake system which is meticulously tailored to the vehicle’s sporty driving style. It will even be possible to obtain racing brake linings as accessories for these brakes.