BMWNA has also clarified some of the criteria around how allocation will be distributed among dealerships. While we can’t yet go into the specifics of these parameters, we can only say that the allocation numbers are mostly based on the volume of cars sold by each dealership, and the numbers of 1 Series and M vehicles sold.

The most interesting part and one that affects us directly, is the BMW European Delivery Program. Back in January, BMW announced the 1M as part of the ED program starting May of this year, but what has not been announced at the time were the allocation numbers for the program.

Today, we have that answer. Due to the low production volume, an European Delivery order cannot be reserved by the ED department. 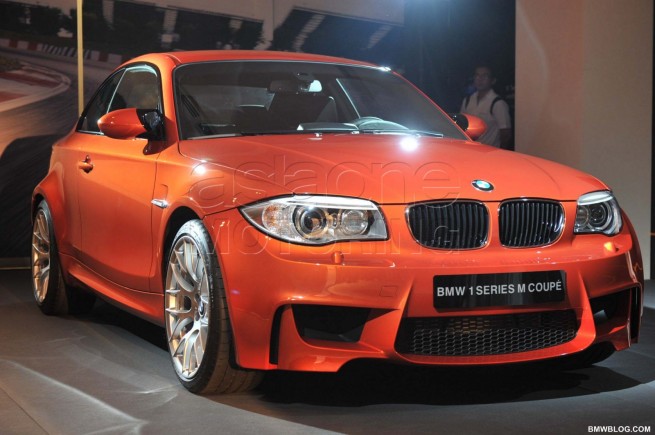 What does it really mean?

Simple. A dealer must give up one of their production slots for a customer that wants to take delivery of the 1M in Munich. But, most important, this is optional for the dealerships and it is at their discretion if they would like to do business with an ED customer.

Initially we announced that 1M allocation for the US will run at about 60 units per month for all BMW dealerships. At the time, that was the message communicated to dealers through their monthly sales call. Shortly after, BMWNA reached out to us with further explanation around the allocation and how it will be distributed in the upcoming months. Every month, BMWNA will run a new allocation based on any production volume changes from the factory. As it is mentioned in the bulletin issued today, “this could potentially add, remove or change the production slot as to when a dealer may receive their allocation”.

We reached out yesterday to Matt Russell, BMW M brand manager for an official statement. “This spring, Leipzig will be building three very popular cars: X1, 1er Coupe/Convertible, and 1M. We will try to accommodate all of the requests we get for the 1M, but we aren’t set up to churn out hundreds per day. The dealer can explain in more detail how the production calendar works. Some people will have to wait a few months to get their 1M, but if they can wait, there should be enough”, said Mr. Russell in a statement for BMWBLOG.

On February 16th, the first orders for March production will be available for modification.

Another emerging question is whether BMW will continue to build the 1M past the 2011 model year. When we reached out for an official response on this, Mr. Russell said the following: “for now, we’ve only announced plans to build the 1M in 2011. If plans emerge to produce it beyond 2011, it will be announced later.”

As always, to find out more information, reach out to your local BMW dealership and discuss your options.