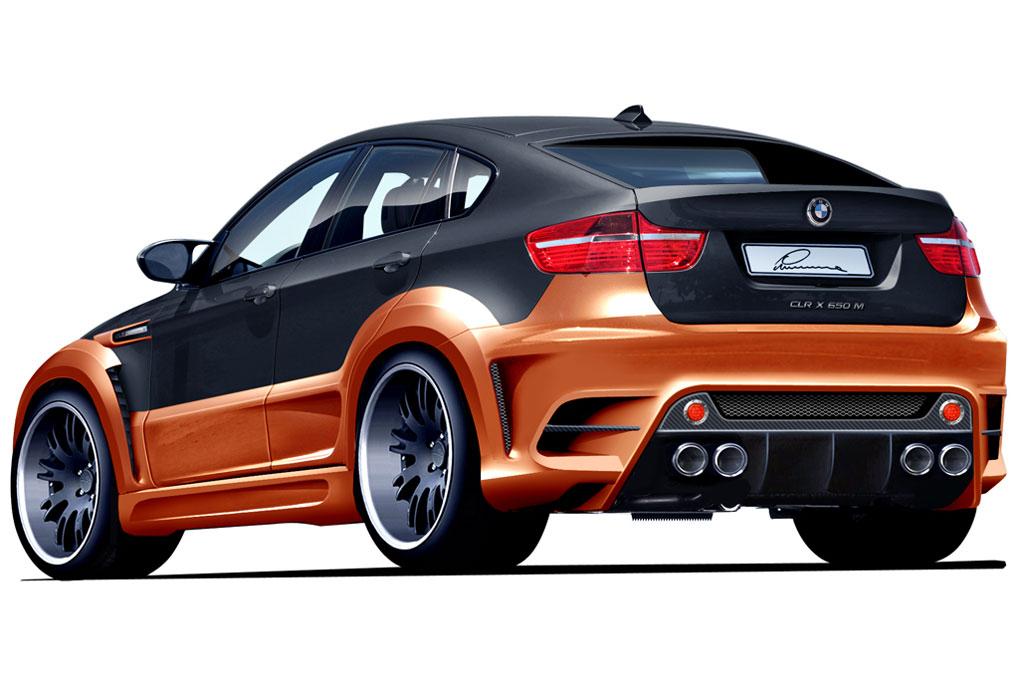 The Winterlinger-based tuner, Lumma Design, will unveil at the 2011 Geneva Motor Show their latest iteration of the X6 SAC. Dubbed CLR X 650, the Lumma tuned-up X6 made its first debut back in 2008. The new iteration offers a new full bodykit with carbon underscores, along with an upgraded interior, a power increase and new 22″ inch wheels.

Lumma offers a D-Box power kit for diesel engines, which ups the power to 340 hp (250 kW) and 670 Nm of torque for the CLR X 650. The Lumma BMW X6 D-Box kit includes an ECU upgrade and a new four-pipe sports exhaust system.

The aerodynamics package of the Lumma BMW X6 includes a front spoiler, rear bumper, side skirts, a new bonnet and a rear spoiler. 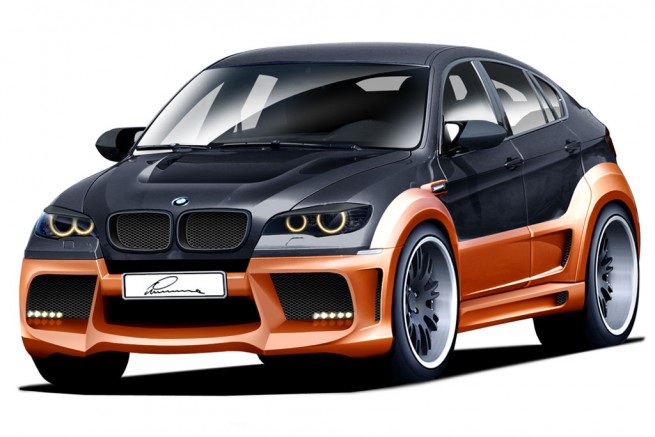 Full details are revealed in the press release below.

Individuality and excellent performance: BMW X6 is transformed into the LUMMA CLR X 650

Not just two, but four individual Recaro sports shell seats characterize the interior of the LUMMA CLR X 650, based on the BMW X6. With this fantastic and unique feature, LUMMA Design has created a confident, sporty ambience in the car. 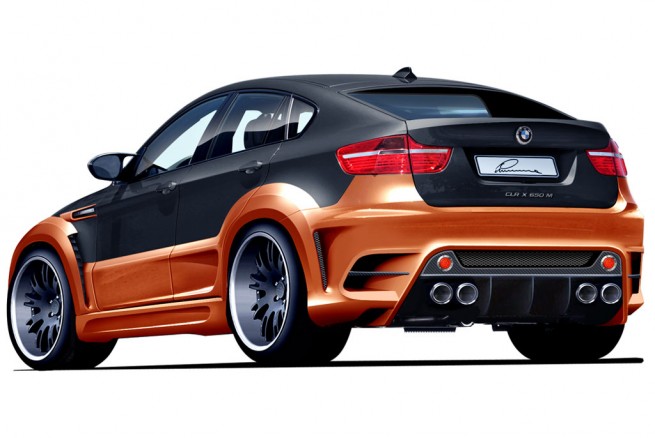 The interior’s elegant flair is achieved with the leather upholstery in black and beige, complete with decorative seams in the contrasting color. The diamond-shaped stitching in particular highlights the two tones used. The interior is perfected with the finest Alcantara, which LUMMA Design applies to the plastic coverings already in the standard model of the car. Then there’s the ergonomically shaped and of course leather upholstered sports steering wheel (including an airbag) and the leather covered carbon-look interior ledges. The final touch to the car’s interior upgrade is the color coordinated instruments and the aluminum pedals with anti-slip rubber coating. 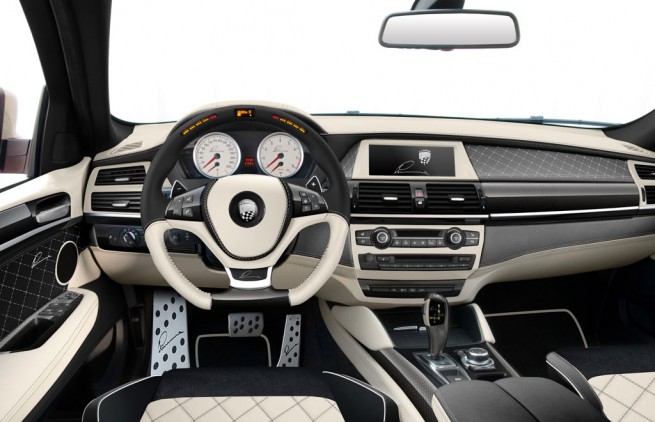 Yet the LUMMA X6 isn’t just about an amazing interior; it also gives the driver a definite engine power boost. The automobile tuner from Winterlingen in Germany offers its LUMMA D-Box for all diesel engines. This means that drivers can now enjoy a full 340 hp (250 kW) while maximum torque has been increased to 670 Newton meters. The LUMMA accelerator pedal power module meanwhile ensures sportier response. In keeping with the increased power of the vehicle, the four-pipe sports exhaust roars from its matt black X6M-style tailpipes. 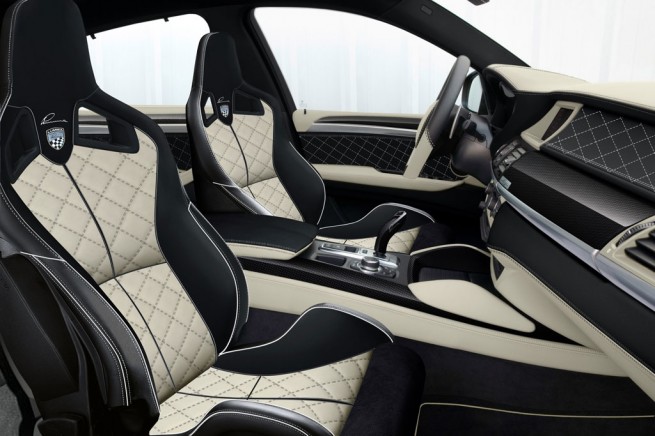 Thanks to the sports spring kit at both axles, the LUMMA CLR X 650 is around 40 millimeters lower, promising even more agile driving. In this way, the LUMMA sports rims, size 10×22 inch at the front and 12×22 inch at the rear, together with the high-performance tires of size 295/30 and 335/25, can use their maximum grip to deliver perfect handling.

With the transformed BMW X6, LUMMA Design proves that they are setting new benchmarks both for vehicles’ interiors and exteriors. The individual components that make up the LUMMA CLR X 650 can be ordered from selected specialized stockists or directly from LUMMA Design’s headquarters in Winterlingen. 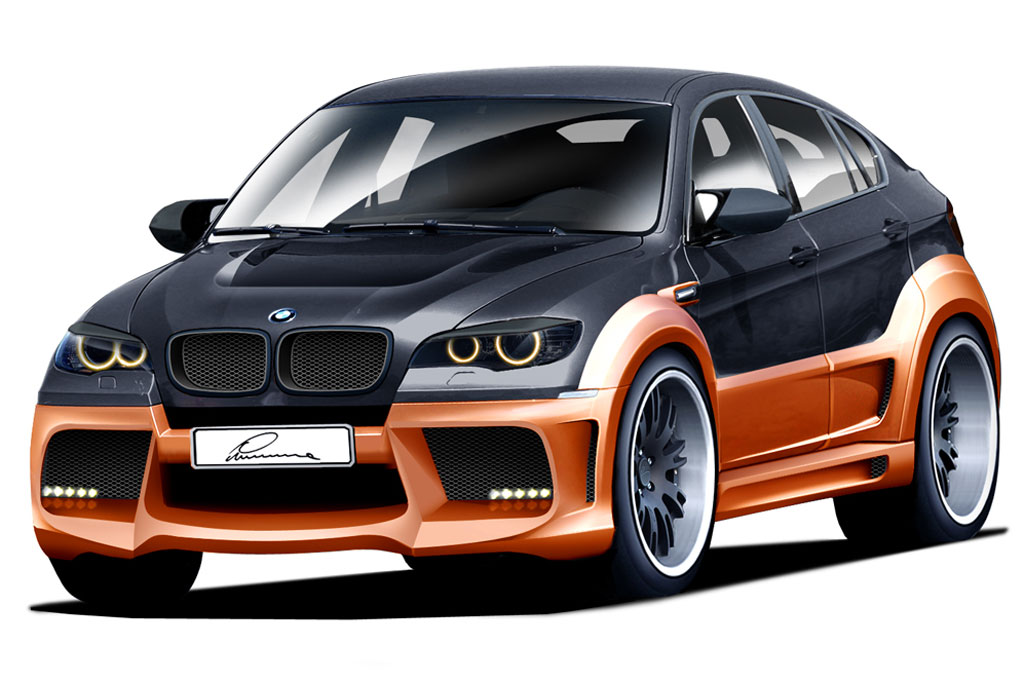 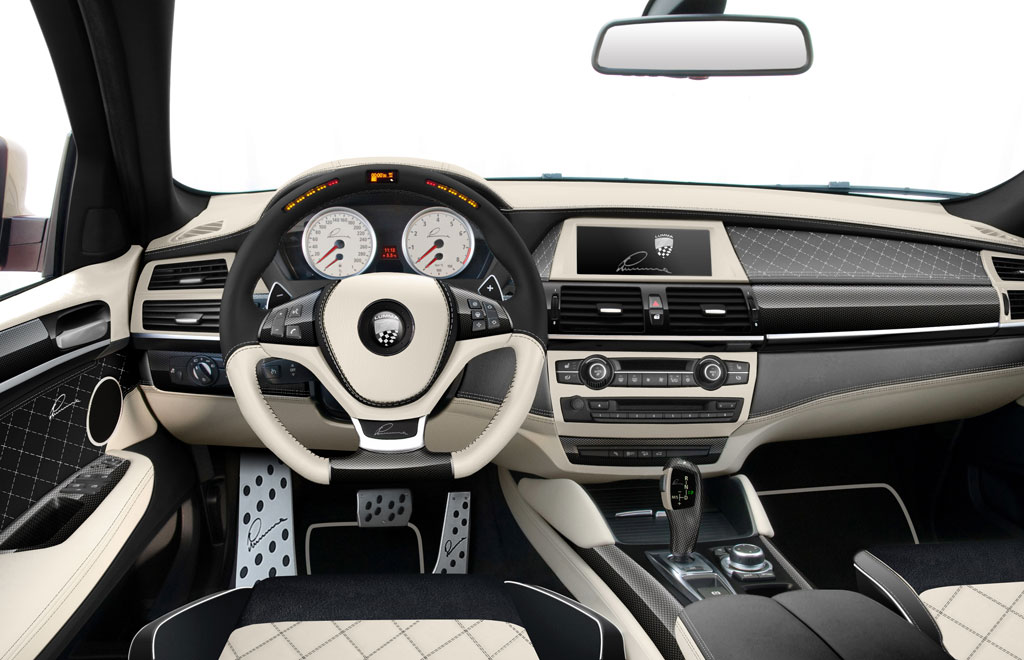 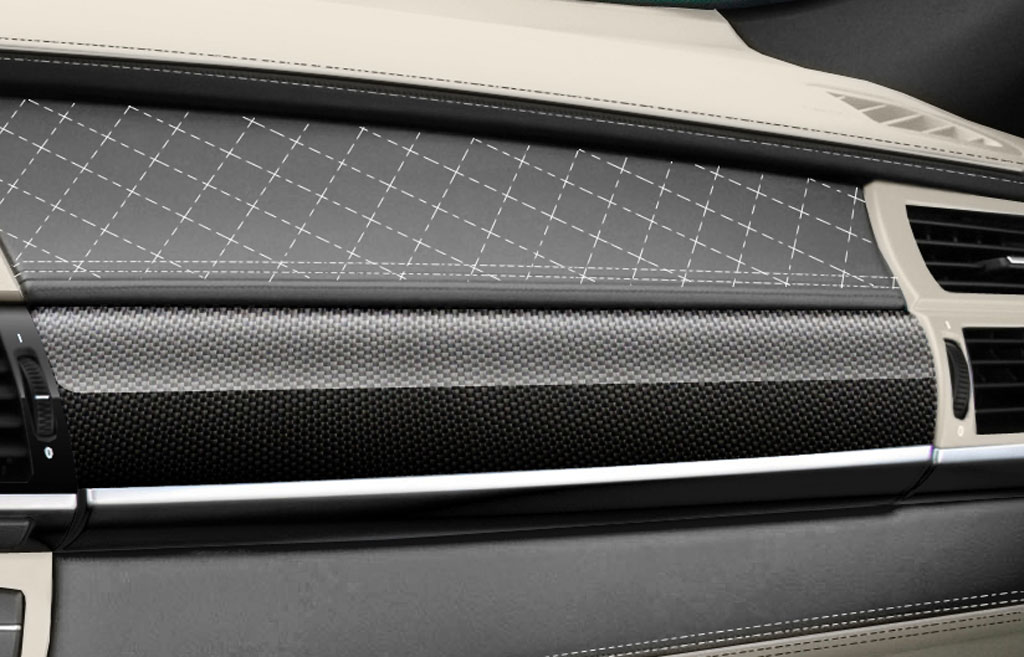 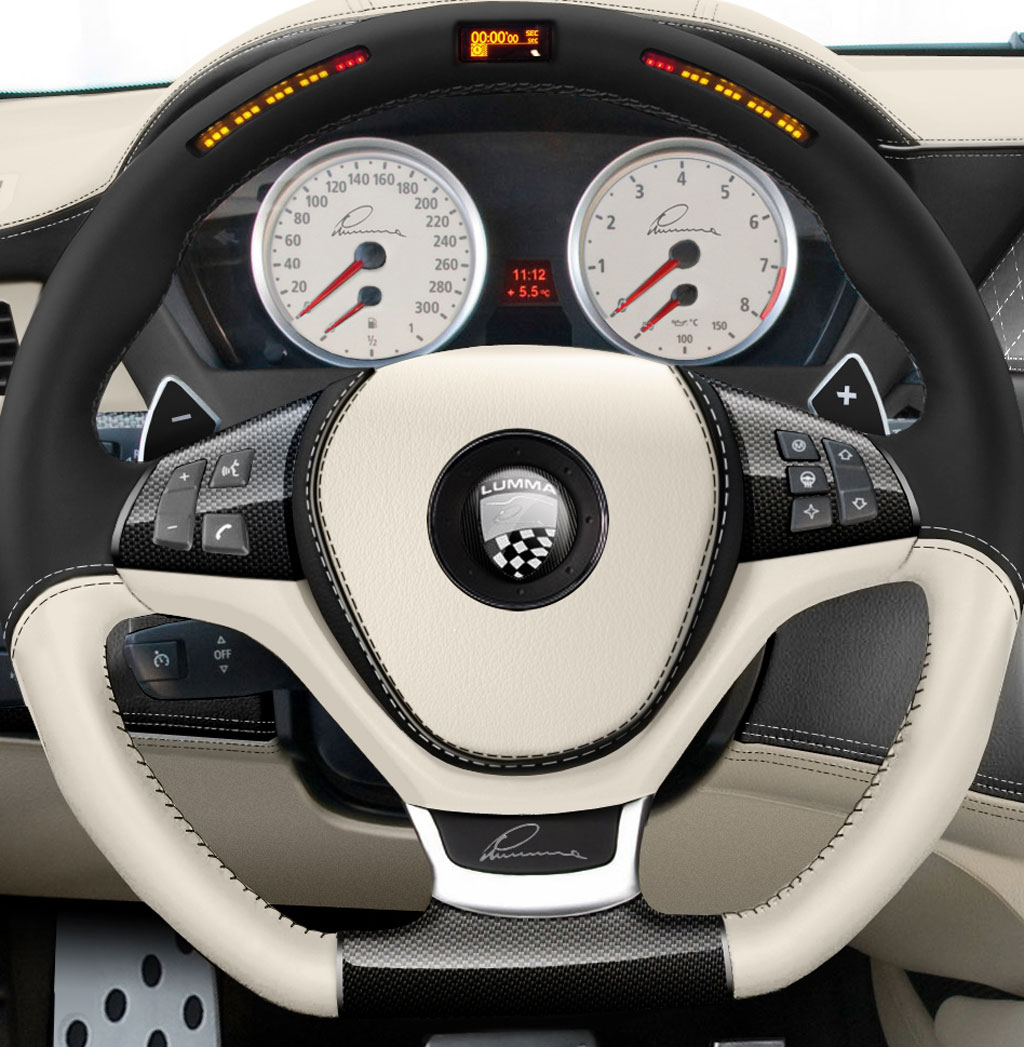 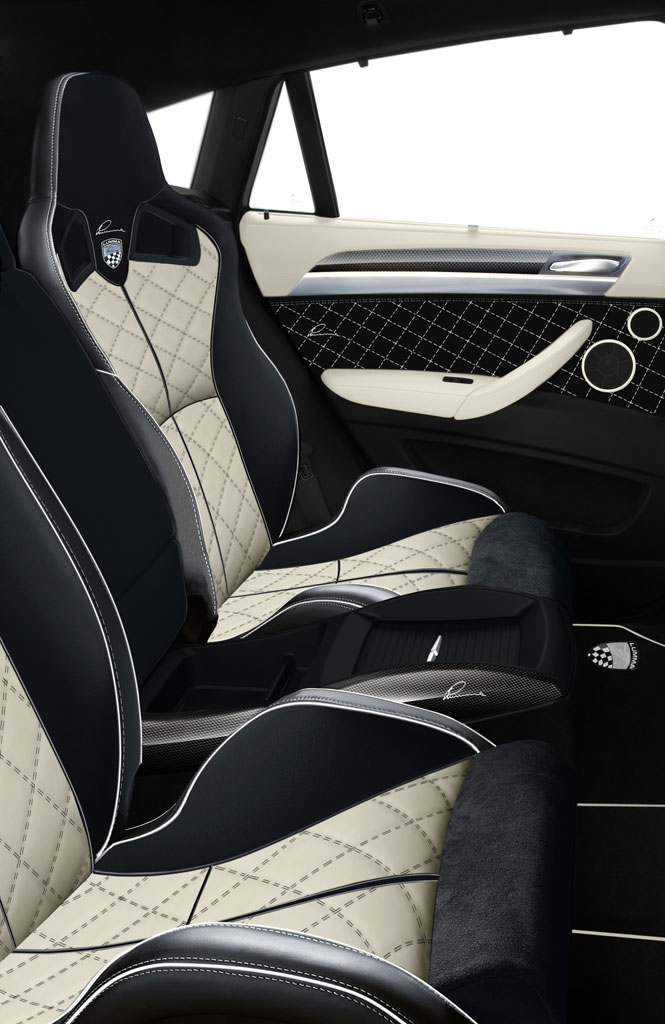 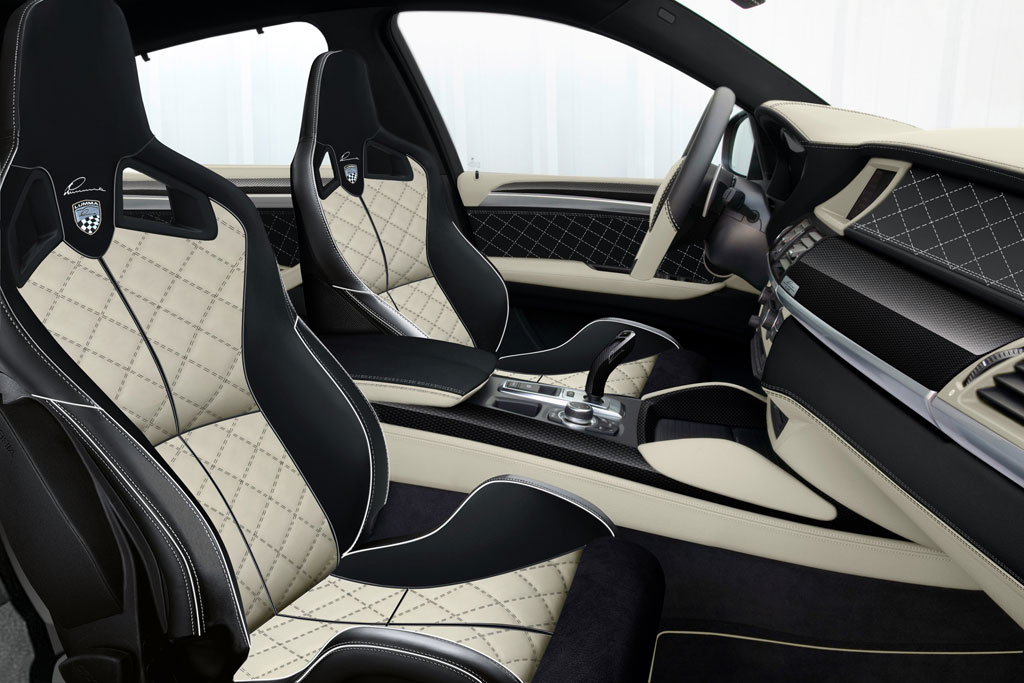