BMW 1 Series ActiveE production vehicle to roll out next week 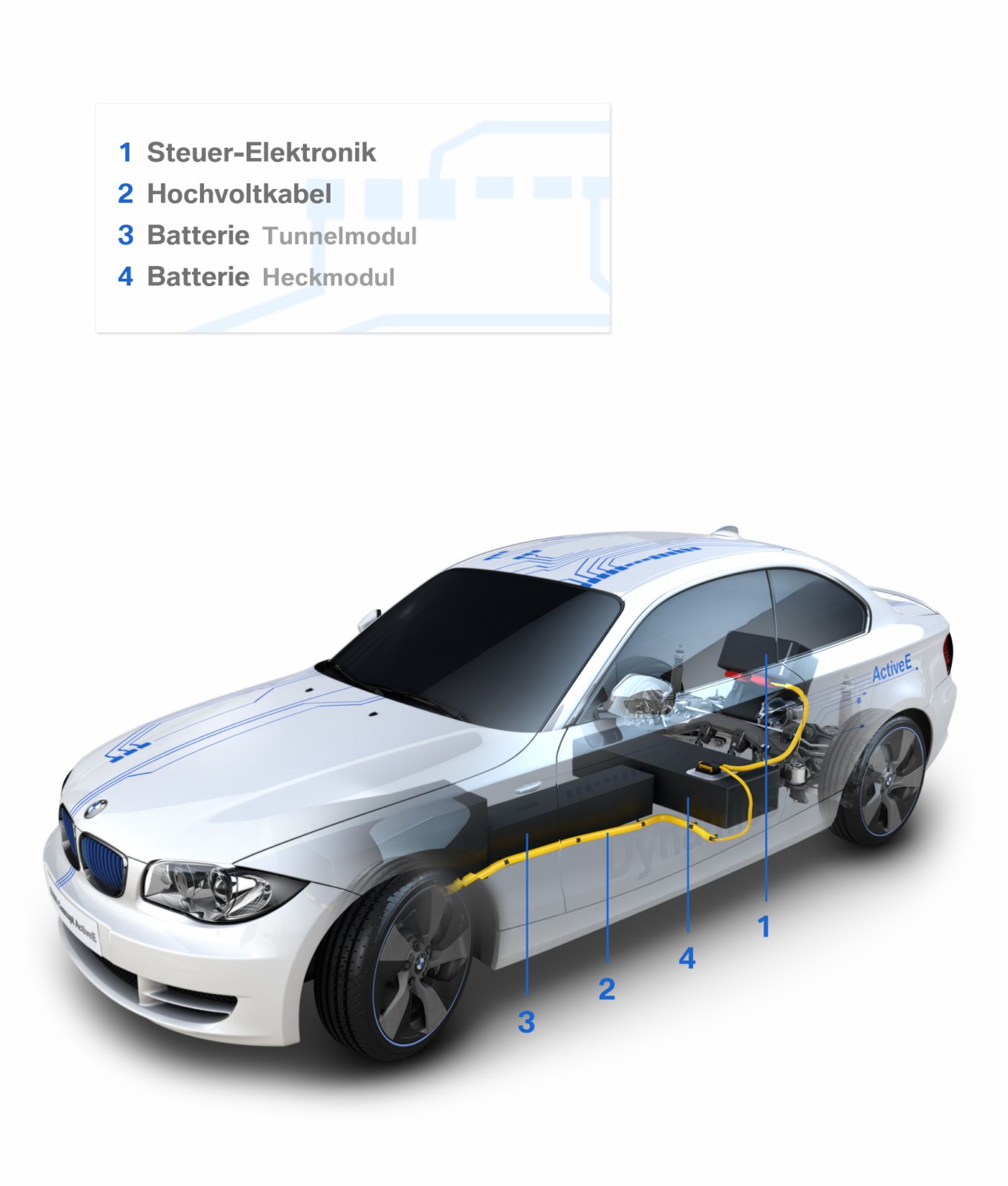 The BMW 1 Series ActiveE will be officially unveiled at the Geneva Motor Show in March 2011, but the first production vehicle will be roll out as early as next week. According to BMW insider Scott27, the company will soon be ready to accept applications for the pilot program that begins this summer.

To gather feedback quicker and more efficient, BMW has also setup a forum for future owners and general public. The team behind the ActiveE project pointed us to the following internet address: bmwactivatethefuture.com.

BMW will also introduce an iPhone app, called “BMW EV Mobile Application” which will allow non-electric drivers to make an informed decision on whether the BMW 1er Coupe ActiveE satisfies their driving habits and requirements. 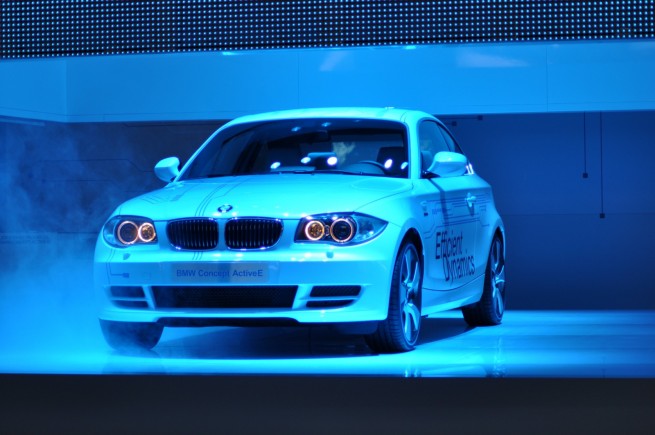 In the US, BMW will offer at least 450 ActiveE vehicles, similar to the MINI E pilot introduced two years ago.

New York Metro and Greater Los Angeles will again be included and be joined by Metropolitan markets of San Diego, San Francisco, Sacramento and Boston.

A glimpse of the BMW ActiveE was first seen with theConcept ActiveE at the North American International Auto Show in January, 2010. Based on the chassis of a BMW 1 Series Coupe it features a newly developed electric drivetrain and a lithium-ion battery-packed developed in cooperation with SB-LiMotive. It offers four passenger seating and approximately seven cubic-feet of luggage capacity.

Based on realistic simulations, the sprint from 0-60 mph requires approximately 8.5 seconds. The maximum speed of the vehicle is electronically limited at around 90 mph. 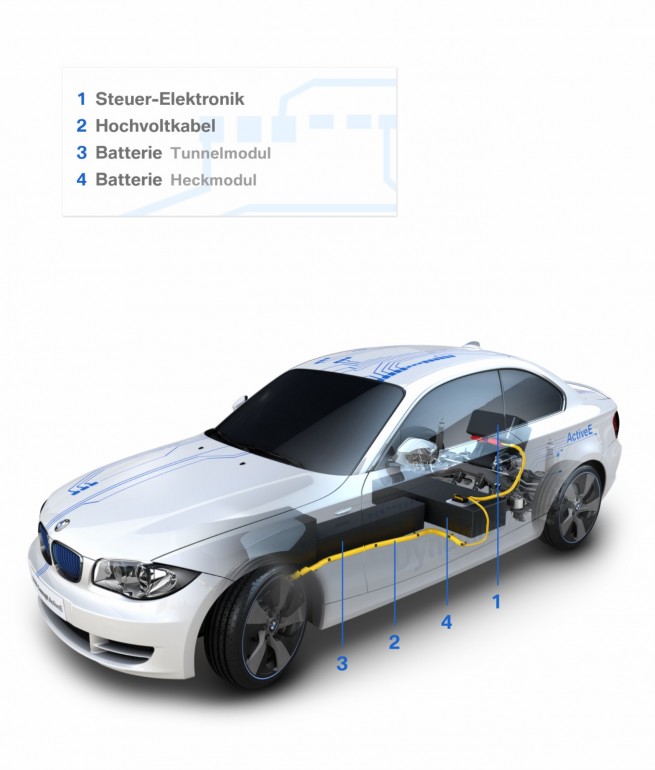 The lithium-ion battery pack specially developed for this vehicle supplies energy to the motor and all other functions of the BMW Concept ActiveE. For the first time, storage cells are used which were developed especially for use in automobiles by the BMW Group in collaboration with the cooperation partner SB LiMotive. The aim is to use the best available technology in the area of energy storage as part of the development of the Megacity Vehicle.

The lithium-ion batteries of the BMW Concept ActiveE have their own liquid cooling system and intelligent battery management system, which are key elements in increasing both the storage capacity and the durability of the battery cells. These systems also ensure that the long range can be maintained largely independent of external climatic conditions. The storage system developed for the BMW Concept ActiveE enables a real-world range of about 100 miles on a single charge, depending on conditions.

More information and photos will be released in the next weeks.