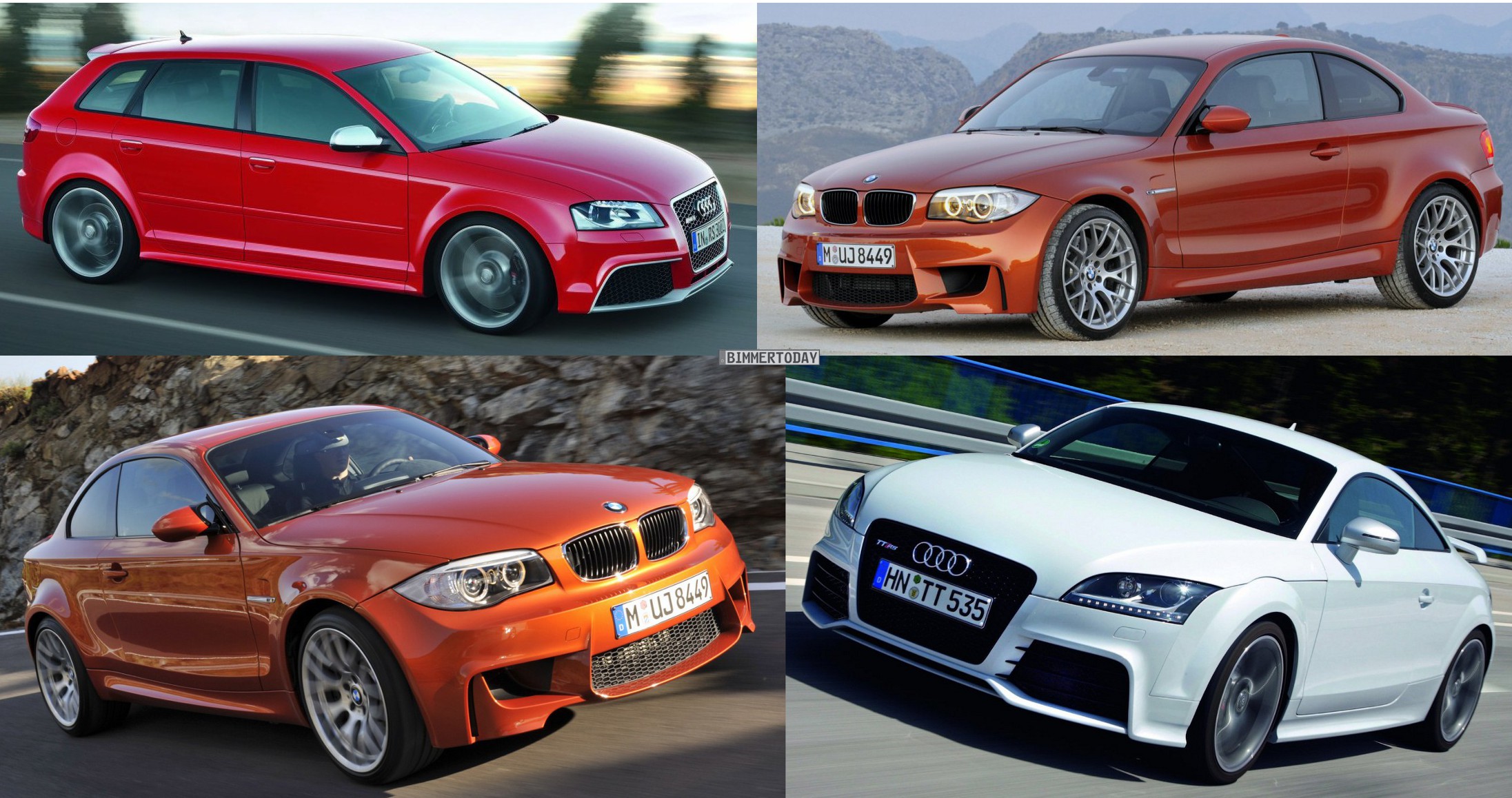 With the launch of the new 1 Series M Coupe, BMW is looking to position itself as a leader in the compact segment for super sporty automobiles. The Munich-based company will be facing challengers like the Porsche Cayman S, Audi TT RS and possible, the upcoming Audi RS3 Sportback.

Since the 1M production vehicles have yet to be available for test driving, we decided to turn to the design angle and specs to compare some of the aforementioned vehicles. With its manual six-speed gearbox, rear-wheel drive and M3 suspension, the 1 Series M Coupe represents the most dynamic vehicle in the premium compact class.

Audi responds with the turbocharged five-cylinder engines and the famous quattro system available on the new RS3. RS3 Sportback is powered by a 2.5 liters engine producing 340hp (250kW) and 450Nm (331lb-ft) of torque. Power is transmitted to the road via a seven-speed S tronic and quattro permanent all-wheel drive. The 1M is powered by the N4 twin-turbocharged 3.0-liter I-6 engine. For the 1M, the turbocharger, exhaust system, and ECU have been revised to produce 335 horsepower and 332 pound-feet of torque, though up to 369 pound-feet are available temporarily in overboost mode. Redline is found at 7000 rpm. 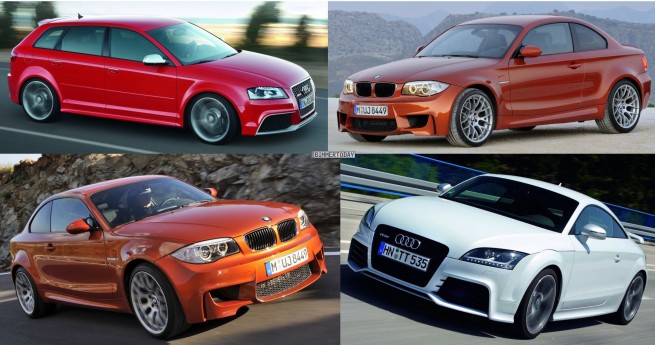 Looking at the performance specs, all these models are showing similar power outputs, but with two different approaches. Both Audi models use the quattro drive traction to their advantage, while BMW relies on the now famous rear-wheel drive system. 0 to 100 km/h for the Audi models is said to be 4.6 seconds, while BMW claims 4.9 sec for its 1M. 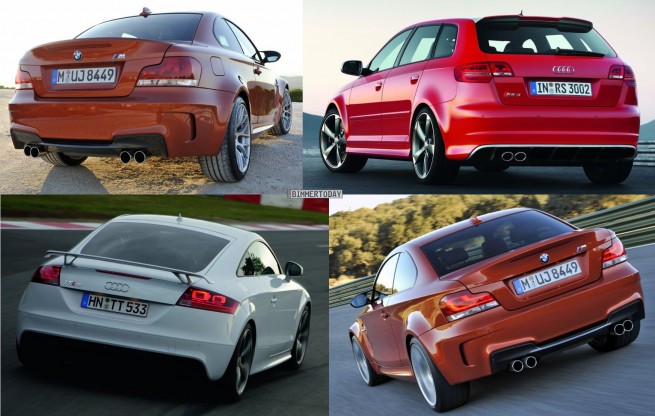 Design wise, the opinions are split and most likely based on personal preferences. The 1M sports the beautiful Coupe lines and slope, while the RS3 takes the Sportsback bodystyle through a new design. The TT RS remains closer in design to the Z4, but with elegant coupe design lines.

Inside, all three vehicles bring out a unique appearance. Audi with the usual sophisticated controls and accessories, and BMW with its simplicity and driver oriented approach. 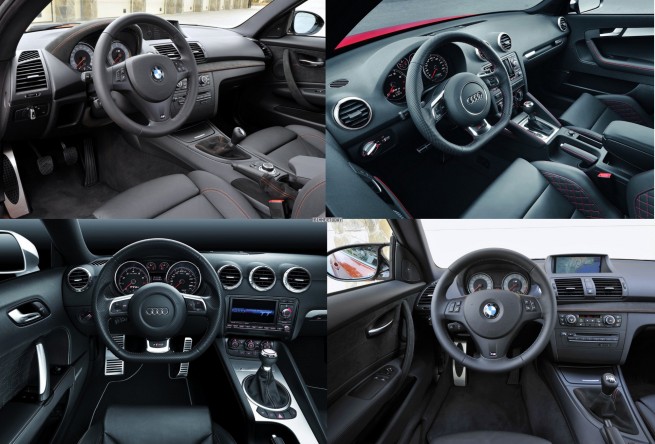 Let’s have a look at some comparison photos and feel free to leave your comments below. 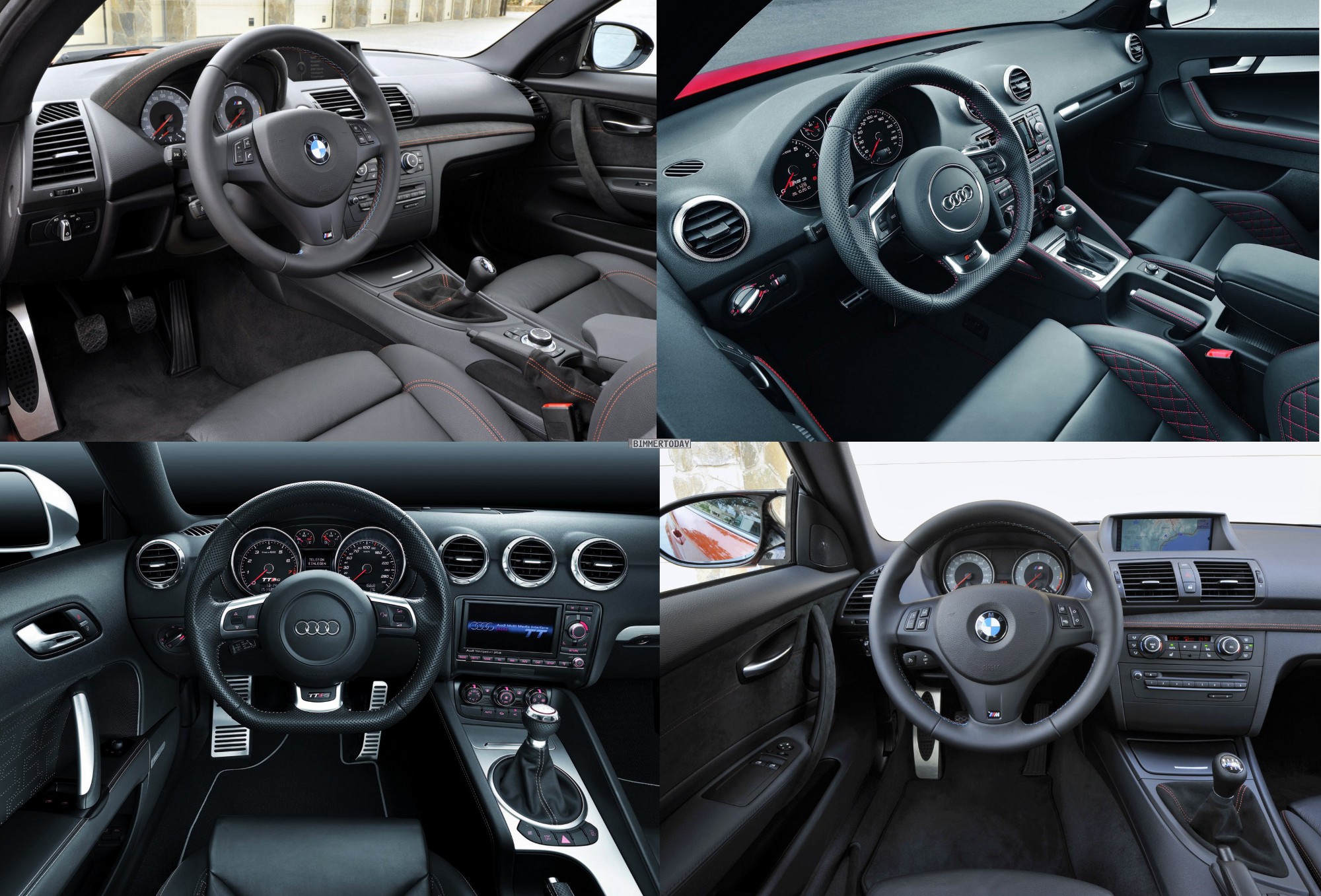 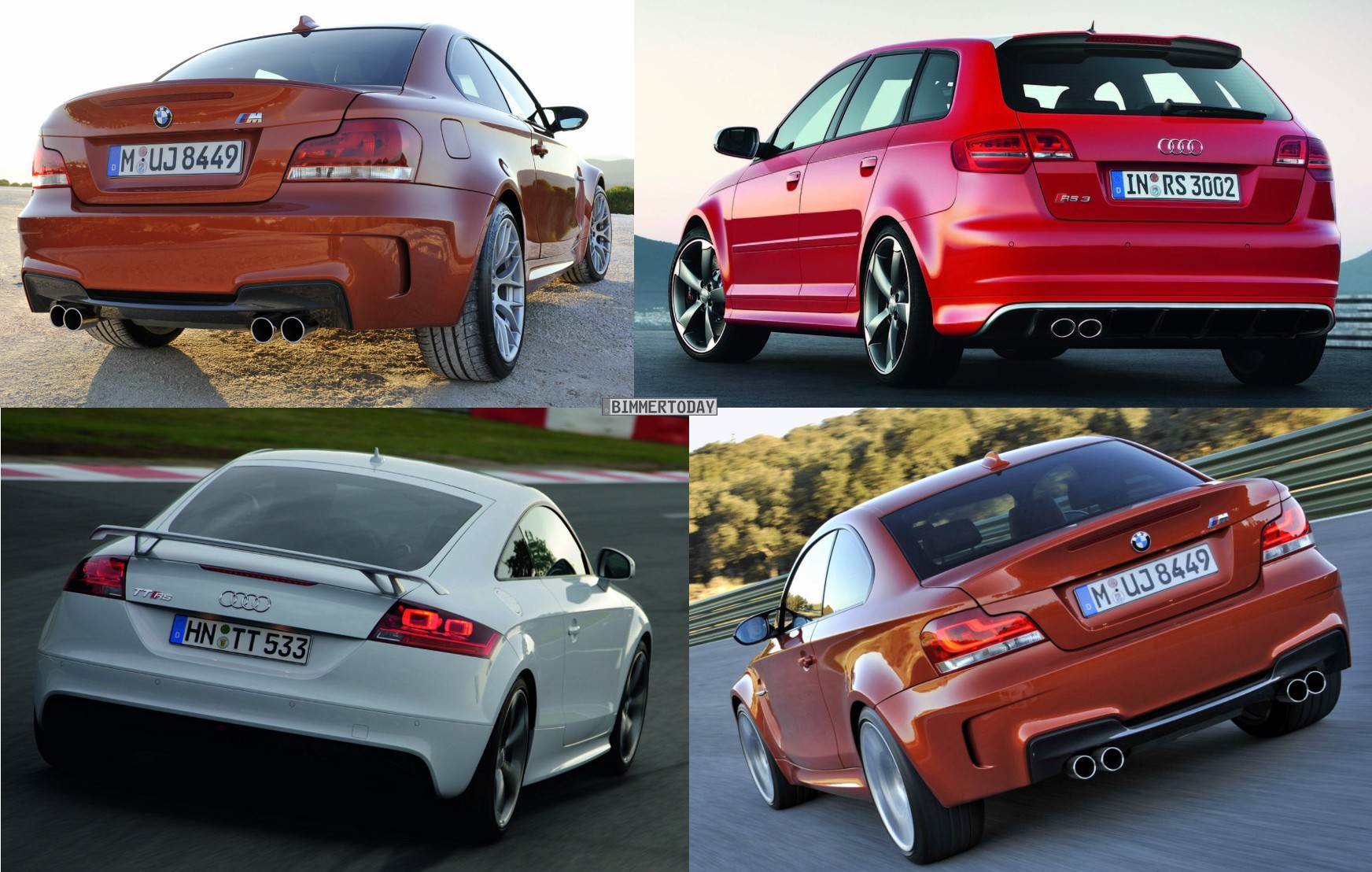