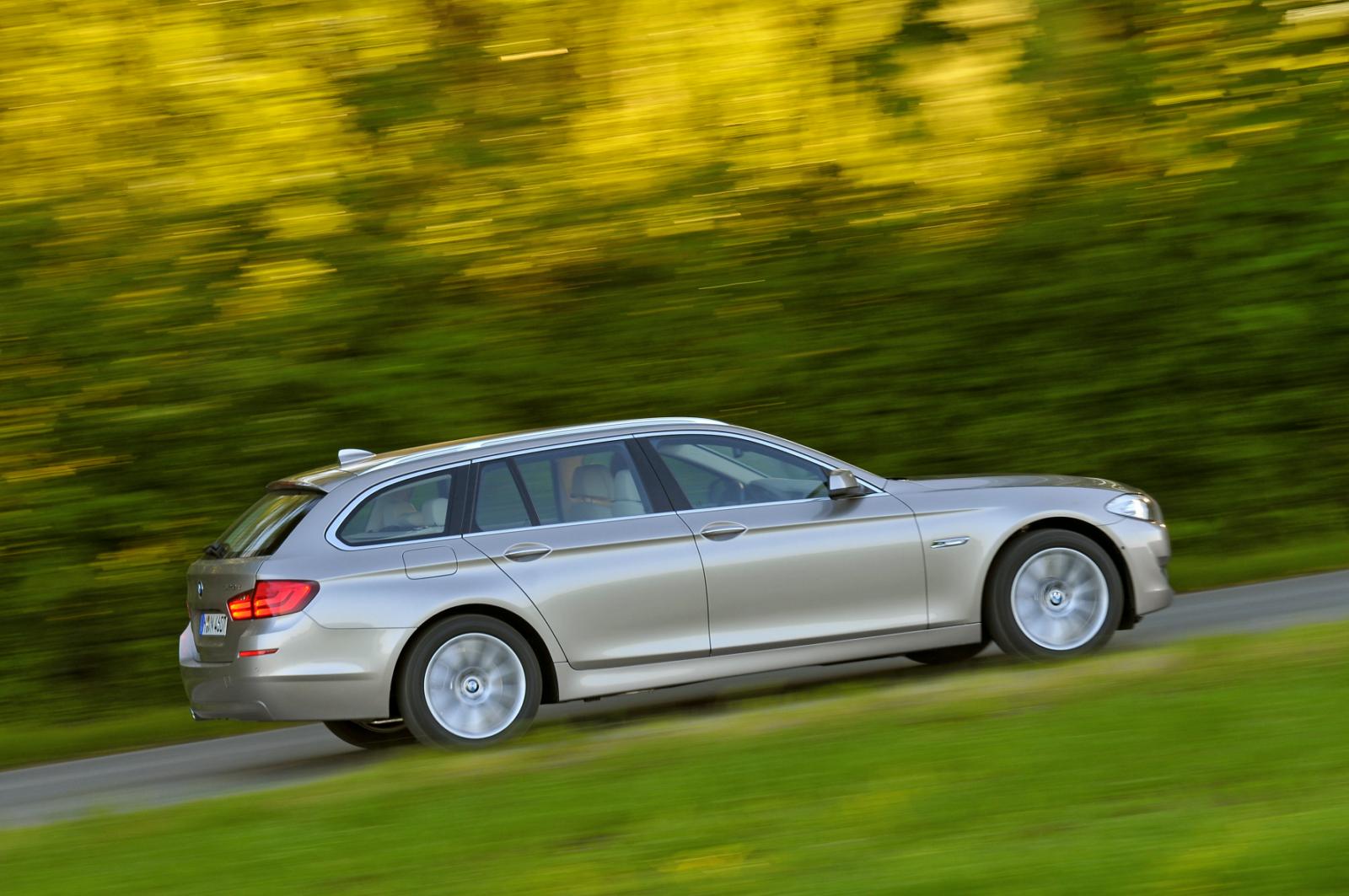 Considered a versatile and classy vehicle, the BMW 5 Series Touring is continuing its tradition with the latest model, dubbed F11.

To find out more about the new 5 Series Touring, BimmerToday sat down with Arno Keller, Project Lead for the new model.

BimmerToday: What are the technical differences between BMW 5 Series Touring, 5 Series Sedan and 5 GT? 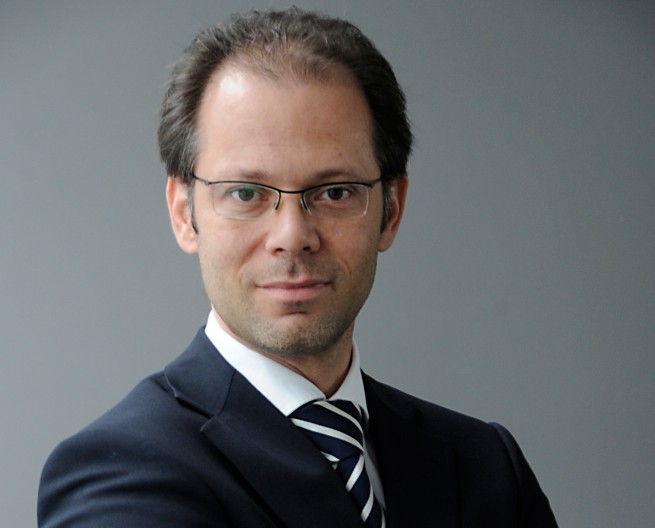 Arno Keller: The rear air suspension with automatic level control is shared by the BMW 5 Series Touring and GT, and also the long wheelbase 7 Series, with slight changes of course. The 5 Series sedan uses a different suspension. (Our Note: multi-link rear system that BMW calls the Integral V-system)

BimmerToday: What are the reasons for the different rear suspension in the sedan model?
Arno Keller: First, the issue of load width plays an important role, with the Touring being larger than the sedan. Second, we can react better with the air suspension for different loads.

BimmerToday: As far as driving dynamics, are there any major differences between the sedan and touring?
Arno Keller: We heard several times that the new Touring drives as a limousine drives and of course that is a nice compliment for us, because that was our goal. Of course, it is not easy to bring a Touring with its special abilities to the driving dynamics level of the sedan, but obviously we have done it well. 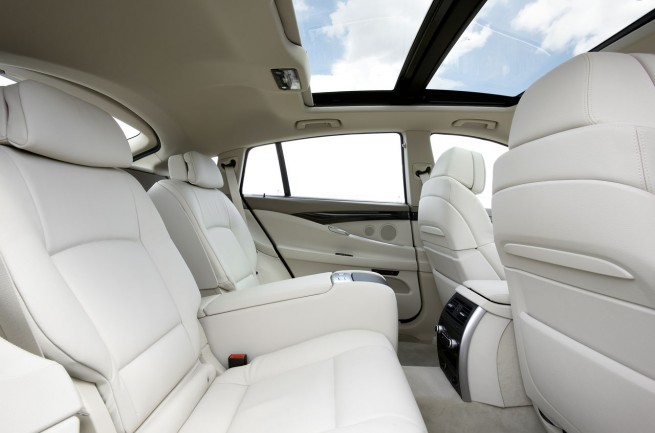 BimmerToday: For the BMW 5 Series GT, there are optional individual rear seats in. As we have learned before, the sedan will not have this option, but what does it look for the touring?
Arno Keller: The touring will follow the sedan.  The 5 GT has simply a very different customer focus than the sedan and Touring, which is why in the 5 GT individual rear seats make more sense. It would be wrong in our opinion, to offer all possible options in all cars, because we would thereby create monotony.

BimmerToday: Are there any differences between the available optional equipment in theTouring vs. Sedan?
Arno Keller: No. The complete range of infotainment and control systems will also be available in the Touring.

BimmerToday: We have just learned that the market share of Touring in Germany is over 50 percent. How will this value change with the new 5 GT?  Are there any predictions on whether the GT will steal more market share from the touring  or from the sedan?
Arno Keller: I think that there is no competition. A few reasons speak for the Gran Turismo, such as the higher seating position and the high comfort in the rear with its single sitting. The Gran Turismo comes without folding down rear seats or move the seats to accommodate many things. In this respect, we do not believe that Touring and GT compete directly. 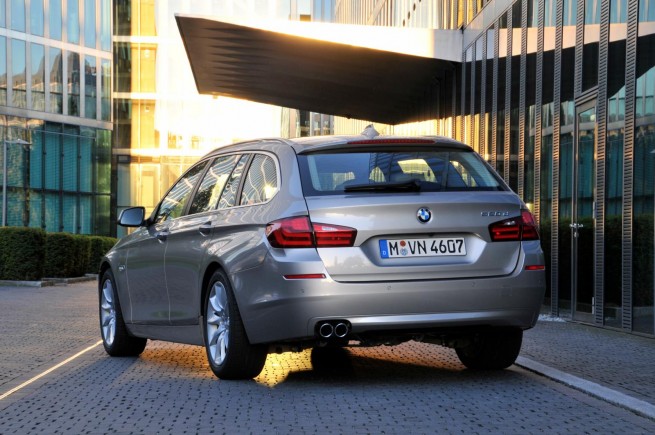 BimmerToday: The new 5 Series Touring is not offered in the North American market.  This fact was often interpreted as the 5 GT acting, to some extent, as a replacement for the Touring, mostly because its design matches better the American taste.
Arno Keller: I would describe the 5 GT as not a touring replacement.  The U.S. market requires more sedans and coupes design, and such a roof line can not be combined with a touring concept, even if the new 5 Series Touring is a very different silhouette. The Gran Turismo is so far is the right answer, because it combines coupe-like lines with a relatively large amount of storage space. Yet it can not replace the 5 Series Touring.

BimmerToday: Is there a classic target audience for the 5 Series Touring?
Arno Keller: The Touring is already a car that has been made for long-haul drivers, which also includes business-target. Of course, it can accommodate even bulky objects to move quickly. In addition, the car is of course for families and sport activities, and active people – two mountain bikes and a surf or snowboard can be accommodated easily. 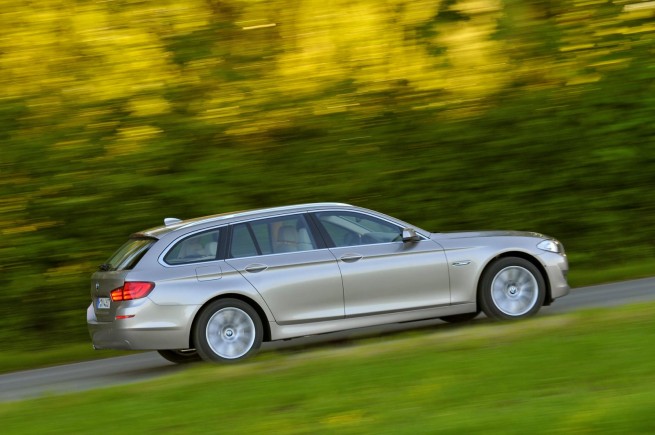 BimmerToday: We have heard also that a 300 horsepower 535d will be launched as well…
Arno Keller: Yes, it will be.

BimmerToday: In 2011, a full hybrid will be available in the 5 Series sedan form. Is there a hybrid version of the 5 Series Touring planned?
Arno Keller: No. We offer a 520d Touring (Our note: standard consumption of just 5.1 liters of diesel per 100 km/46.1 mpg), and in addition, we were not prepared to restrict luggage capacity in order to offer a hybrid. Also, the hybrid is primarily targeting the U.S. market and we do not offer a 5 Series Touring model there.

BimmerToday: Is there an xDrive model planned for this fall?
Arno Keller: xDrive is roughly as the same distance as its market launch in the sedan, or about half a year after the launch.

BimmerToday :  The xDrive system in the sedan will be available for almost all engines. Will the touring offer a similar model range?
Arno Keller: It is not identical, but very similar. There are no technical obstacles, but we look of course on what engines are in demand with xDrive, and where such an offer is worthwhile.

BimmerToday: Mr. Keller, we thank you for the interview!