Editorial: What is a BMW Supercar?

Home » Editorial: What is a BMW Supercar? 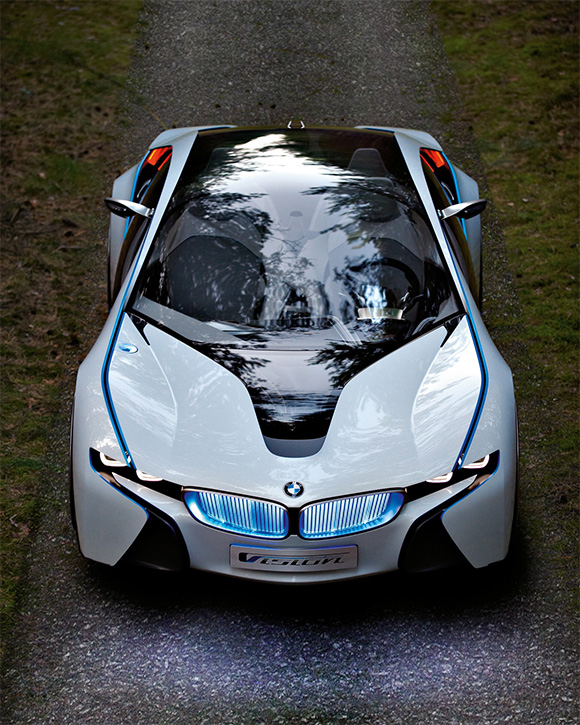 It may seem like a silly question – especially to enthusiasts – but there has only been one true BMW supercar in the entire history of the company. Yes, they’ve produced sports cars and GT cars with the likes of the M Coupe and M6, respectively, but there hasn’t been a true “supercar” BMW since E26 M1 went out of production in 1981 – leaving its place in history as the first fully developed M car. The E26 M1 was the product of a difficult birth which laid the ground work for a very short production run and racing history.

The M1, based on the BMW Turbo concept of the early 70’s, was penned by car design icon Giorgetto Giugiaro and powered by the “big six” M88 3.5L inline-6 churning out 273HP. Construction and some technical points for the M1 were outsourced to Lamborghini, S.p.A. which went into receivership in 1978 and caused BMW to reportedly steal back M1 blueprints to continue production on their own with Baur – the notable German coach and convertible builder.

While only 456 or so cars were produced the M1 was somewhat mediocre at best in terms of sales – though not a reflection on the car but more the circumstances under which the car was conceived and ultimately produced. While in its time, the M1 didn’t carry a name as revered as it does today but that did not keep it from being an innovative car. The M1 was a mid-engined car, a still relatively new concept as the Lamborghini Miura was the first supercar and first major sports car to introduce the concept and Ferrari had only recently adopted the idea with the Dino 206/246. However, the M1 had its own identity as a supercar of the 1970’s & 80’s bringing its own Teutonic flair to a mid-engine design. It was fast, luxurious and handsome, keeping pace with its Italian rivals to the South. While perhaps the M1 didn’t enjoy the success it now has in the grey market and among enthusiasts, it was still a fantastic piece of engineering and venture into the supercar realm that BMW hasn’t attempted in nearly 30 years.

Throughout the car community and especially among BMW enthusiasts folks have wondered: Why BMW haven’t brought to market a car to battle in this rarefied air? Audi has, quite successfully, built upon the achievement of its subsidiary’s (Lamborghini ironically) Gallardo platform and delivered a more “affordable” supercar vis-a-vis the R8. Mercedes has even more recently rehashed the idea of the defining 300SL Gullwing through the SLS AMG – with BMW being a leader of both engineering and driving prowess – why not something from the Bavarians? BMW has no model to duel with either the R8 or SLS or really any sporting model that sits in the $120,000+ range that deals up an equally delectable dish of performance and finesse.

The public have certainly seen BMW flirt with the idea of a supercar with the M1 Homage seen two years ago and most recently the Vision EfficientDynamics Concept. While the M1 Homage is more than likely focused only as a styling exercise/tribute to the original M1 – it is a gorgeous car nonetheless and proof BMW can build a compelling design for the supercar segment. Taking avant garde styling further with a blending of cutting edge efficiency technology the Vision EfficientDynamics Concept(VEDC) was unveiled in late 2009 – a car encapsulating the forefront of BMW’s technologies to reduce harmful byproducts of automobiles while equally reducing reliance upon non-replenishable energy sources. However, the slick trick of the VEDC is that it can deliver performance on par with a current M3 while producing virtually no adverse byproducts and simultaneously acting as a rolling sculpture. The VEDC casts an impressive figure against the automotive landscape with an undulating body putting aerodynamic efficiency as first priority and manages to do so with a result of being incredibly handsome.

So we know BMW car design and build supercars – and attractive, efficient ones at that. The question then falls to if they will or not and what form it would take if they do. Market conditions might dictate that BMW would not build one – but is it worth an endeavor such as the supercar for “goodwill” and bolstering of brand image? The Veyron has reestablished the Bugatti name back into the forefront of automotive legend – and reportedly parent Volkswagen losing a small fortune on each model sold due to staggering development costs.

My only hope is that BMW does what they do best – set trends, not follow them and builds a car that the competition has yet to even consider themselves, make it innovative and advanced but with the true character of a BMW. With companies such as Porsche and Ferrari discussing alternative fuel technologies and exploring hybrids – would enthusiasts be much more open to the use of Efficient Dynamics applications in a supercar platform? Odds would favorite it as it seems an inevitable direction of the automotive powertrains.

With the many options BMW have available at their disposal for the construction of potential super car – both in technology and potential platforms, what do you think a BMW supercar should be? After all, in today’s climate – there is no guarantee that a 2010+ supercar(ala the M1) would resemble anything like the supercar BMW built so many years ago so what should it look like? How should it drive? What do the fans think should be BMW’s solution to the super car issue?