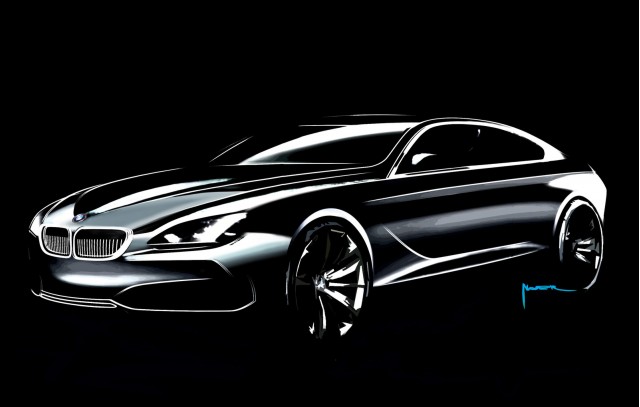 Sources close to BMW has informed us that the rumored and somewhat expected BMW 6 Series Gran Coupe has received a greenlight for production. Details are still unveiling and at the moment, we have no information on the launch date, but based on the BMW Concept Gran Coupe seen in Beijing, a production car is not more than two years away.

BMW Gran Coupe made its debut at the Beijing Motor Show back in April and compared to the Vision EfficientDynamics Concept shown at Frankfurt Auto Show in 2009, the BMW Gran Coupe Concept displayed a design closer to a production model.

The demographic target for this vehicles is well defined already by some of BMW’s competitors: four-door coupe buyers looking for an elegant, sort of extravagant design, luxurious interior and driving performance. Mercedes-Benz CLS and Audi A7 fall under this segment as well.

Gran Coupe uses the same ‘backbone’ platform that underpins the current 5-series, 7-series and 5 GT. The car will offer the same mix of six- and eight-cylinder petrol and diesel engines as those cars, and an eight-speed automatic gearbox.

The BMW Gran Coupe is labeled as a 4-door coupe type of vehicle with a distinctive sporty character. The Gran Coupe has been designed to combine the abilities of a GT and a sports car. The roof is 100mm lower than the 7 Series models, and its rear quarters slightly more restricted. The concept carries the essence of brand values and the genes of BMW design into the future and the expectations are that these styling cues will turn up all over BMW range in the next few years. The sleek Gran Coupe retain iconic elements like the kidney-grille, Hofmeister kink and a less pronounced shark nose.

The Gran Coupe Concept will make its European debut at the Paris Motor Show this fall.