BMW 5 Series GT vs. BMW 5 Series Touring? One of the questions we have been seeing for months now. While both cars are targeted towards a different demographic, the general consumer and BMW fans still see an overlap.

Ever since its inception, BMW’s marketing line on the 5 Series GT revolved around the classic definition of a Gran Tourer: high-performance luxury automobile designed for long-distance driving, with the emphasis on “high-performance luxury”. The idea behind the 5 Gran Turismo is to give customers who want the utility of an SAV, but want to drive a car that isn’t a station wagon. With a coupe-like stretched roofline, proportions of a typical BMW four-door sedan, a panorama sunroof and frameless windows, the car stands out from other BMWs. Some may say in a positive way, while others, more conservative BMW fans, would use the opposite adjective.

The BMW 5 Series GT launched in the U.S. market in November of 2009, and there are currently two models offered: BMW 535i GT and the 550i GT. BMW expects to sell more than 4,000 units per year, a high sales number based on the initial idea that the 5 GT was built and designed for a niche market, a new segment that focuses on interior space and luxury, while not neglecting the performance.

On the opposite side of the table, we have the old-school, classic and somewhat under-appreciated 5 Series Touring, or Sports Wagon, as it’s being advertised in the North American market.  And by old-school, we’re simply not referring to the design language since the latest 5er Touring has been considered one of the best looking wagons in BMW’s present and past line-up; but rather implying that the 5 Series Touring is one of those established models in BMW’s history, a very successful vehicle in Europe and a benchmark for many competitors.

Unfortunately, the U.S. market has not shared its love with the previous generation E60 Sports Wagon and as a consequence, the new F11 5 Series will not be offered to U.S.-based consumers. At least in the near future…..

In 2009, BMW of North America reported 878 5 Series Sports Wagons sold, a comparable difference between then and four years ago when the 5 Wagon sales peaked at 2,351 units sold.

Compared to the new and somewhat controversial 5 GT, the 5 Series Touring has a well established  place in the BMW line-up. It has always been labeled as a family-oriented car, a spacious automobile that is perfect for long trips and suitable for many occupants. Pets included.

Looking at the photos we’ve prepared for you, we feel obligated to reiterate our previous statements: it all comes down to personal preferences. While some the BMW buyers, us included, have never been fond of the Sports Wagon, there are still plenty out there that love the idea of a wagon vehicle and the 5 Series Touring has always been one of the best offerings in that segment.

On top of this, we’ve been under fire from our readers many times in the past for being somewhat supportive of the 5 Gran Turismo, “a hideous hybrid design” as some called it, but one that made sense to us from a marketing perspective.

Before we jump into the full photo comparison and the usual voting people, let’s recap some of our the main points. BMW 5 Series GT is a upscale vehicle, a high-luxury automobile that comes to fill a gap between the 5 Series Sedan and BMW’s flagship, the 7 Series.

The BMW Tourings/Sport Wagons remain attractive for larger families and a great buy in Europe. The latest iteration, F11, combines the new design language with a spacious interior, increased performance and reduced fuel consumption, four valid reasons why any driver should take it into consideration. 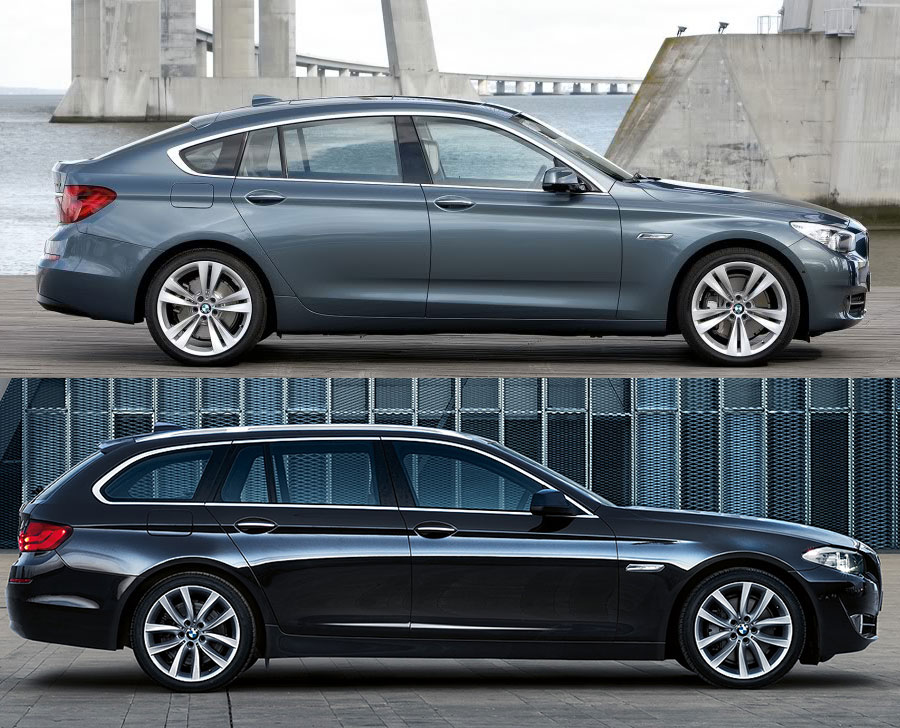 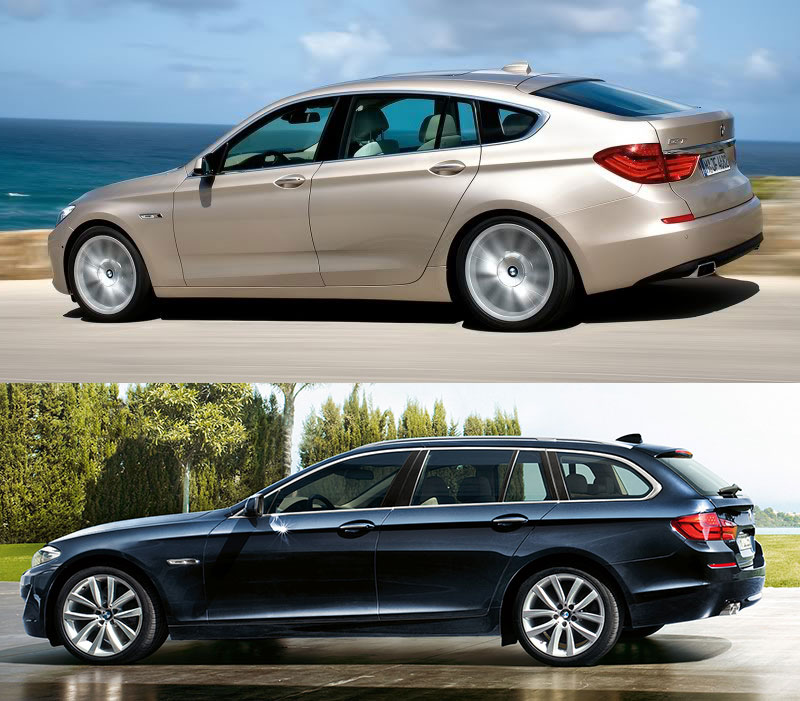