Home » Racing » The Making of the 12 Hours of Sebring Commercial 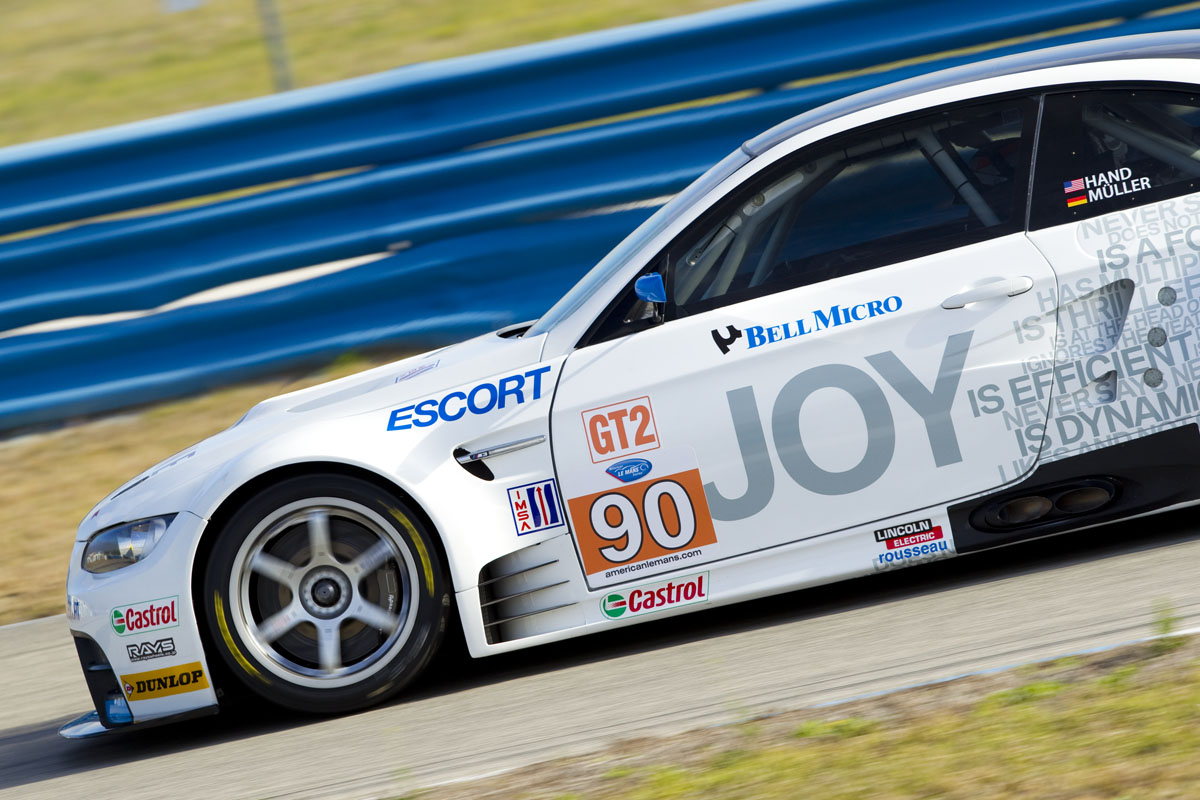 BMW is a company known for successful, succinct advertising campaigns. In fact, BMW would not be themselves without a clever yet interesting ad – whatever their message may be. However, sometimes even more interesting than the ad itself is how BMW go about producing the advertisement that will go on to entertain and speak to millions.

We were lucky enough to watch a BMW commercial as it was being made to celebrate the 35th anniversary of BMW of North America’s incorporation and prepare for the current American Le Mans Series with the BMW Rahal-Letterman Racing Team’s 2010 M3 GT. Last year, BMW shot an incredible commercial for their entry back into the ALMS GT2 class with the E92 M3 showing the M3 GT bombing around the famous former airbase in Sebring, Florida.

For the 2010 season, BMW have decided to double the fun by producing a commercial with both the #90 M3 of Bill Auberlen and Tommy Milner and the #92 M3 of Dirk Muller and Joey Hand versus a single car theme of last year. However, to capture this special, high-paced scene and package it successfully into a commercial is no easy task. To do this, BMW NA called upon the highly respected advertising group GSD&M of Austin, TX and the notable Bandito Brothers, a full service media group with a penchant for the extreme, guerilla-style approach to advertising allowing the viewer feel like a part of the action.

GSD&M is a Texas-based advertising group who’s work it is impossible for someone to have not seen as they manage the advertising of a diverse portfolio of top tier companies such as BMW, LL Bean, Southwest Airlines, and PGA TOUR. Some might recognize the Bandito Brothers already as they released another M3 -themed short film called Living in the Lights featuring a beautiful woman, an E92 M3 and a similar theme of the BMW The Hire series in which an anonymous driver is paid to entertain clients behind the wheel of his BMW.

Other bodies of work by Bandito Brothers include a handful of action-filled promotional videos for the U.S. military as well as some extreme drifting ads for BF Goodrich and an over-the-top Mountain Dew commercial just to name a few.

When I arrived trackside for BMW’s testing of the M3 GT’s on day 2 of the session, I found the Bandito Brothers team, a handful of stuntmen and action junkies with a wonderful eye for film, already hard at work getting their E90 M3 “chase car” ready for a day of shooting with a number of members from the creative team of GSD&M on hand to steer the project – no pun intended.

Interestingly, the M3 chase car was a replica of the Alpine White M3 that ran in the 2009 One Lap of America and was donated by the BMW Performance Driving School in Spartanburg, South Carolina. However, after being driven down from South Carolina to Sebring, Florida the car looked quite different from the last time I’d seen the One Lap E90 M3(pictured below). Most of the advertising removed had been removed from the car in addition to the power-bulged hood and front passenger door.

In their place, sophisticated camera rigs, two long bars reaching just beyond the full width of the car at the front and rear and a small rig protruding from just beyond the front passenger seat. Across the rig at the rear were 3 Canon EOS 5D Mk II’s(yes, those that shoot video in 1080p HD!) all on actuating arms to help position camera angles correctly. The front rig carried similar mounts and cameras as did the rig in the in place of the passenger door.

According to our hosts and the members present from Bandito Brothers, the previous day during filming on track, Dirk Muller was being a little too aggressive while following the chase M3 and managed to end up running into one of the Canon 5D’s causing the innards of the camera to come spilling out of the bottom and thus writing off a $2,500 camera body with a likely similarly priced lens. However, it seems that BMW NA and the Bandito Brothers both have a good sense of humor and took the loss of the camera in stride.

Moving into the afternoon, the Bandito Brothers team were crawling around the paddock and capturing video of the pair of M3 GT’s as they turned hot lap after hot lap around the circuit with the rest of the field undergoing testing. As the sun began to slip behind the horizon, the chase M3 was wheeled back onto the circuit and allowed to run about three laps with pair of M3 GT’s to round out two full days of filming and documenting the M3 GT’s in their natural habitat. The majority of the focus of the session allowing the cameramen to get excellent rolling shots of the cars in action as they dueled back and forth – no cameras were harmed during this session!

Having already seen the work of the Bandito Brothers with their hands on a BMW; not to mention their already impressive portfolio of work of GSD&M, we’re confident this commerical will not disappoint. Look for the commercial to debut during the airing of the 58th 12 Hours of Sebring race that kicks off today on SPEEDTV with coverage starting at 10AM EST and the race starting at 10:30AM EST.

BMW have also posted their own coverage of the making of the 12 Hours of Sebring and the Bandito Brothers hard at work with their own feature in BMW Magazine.

(Some of the photos provided courtesy of BMW NA)