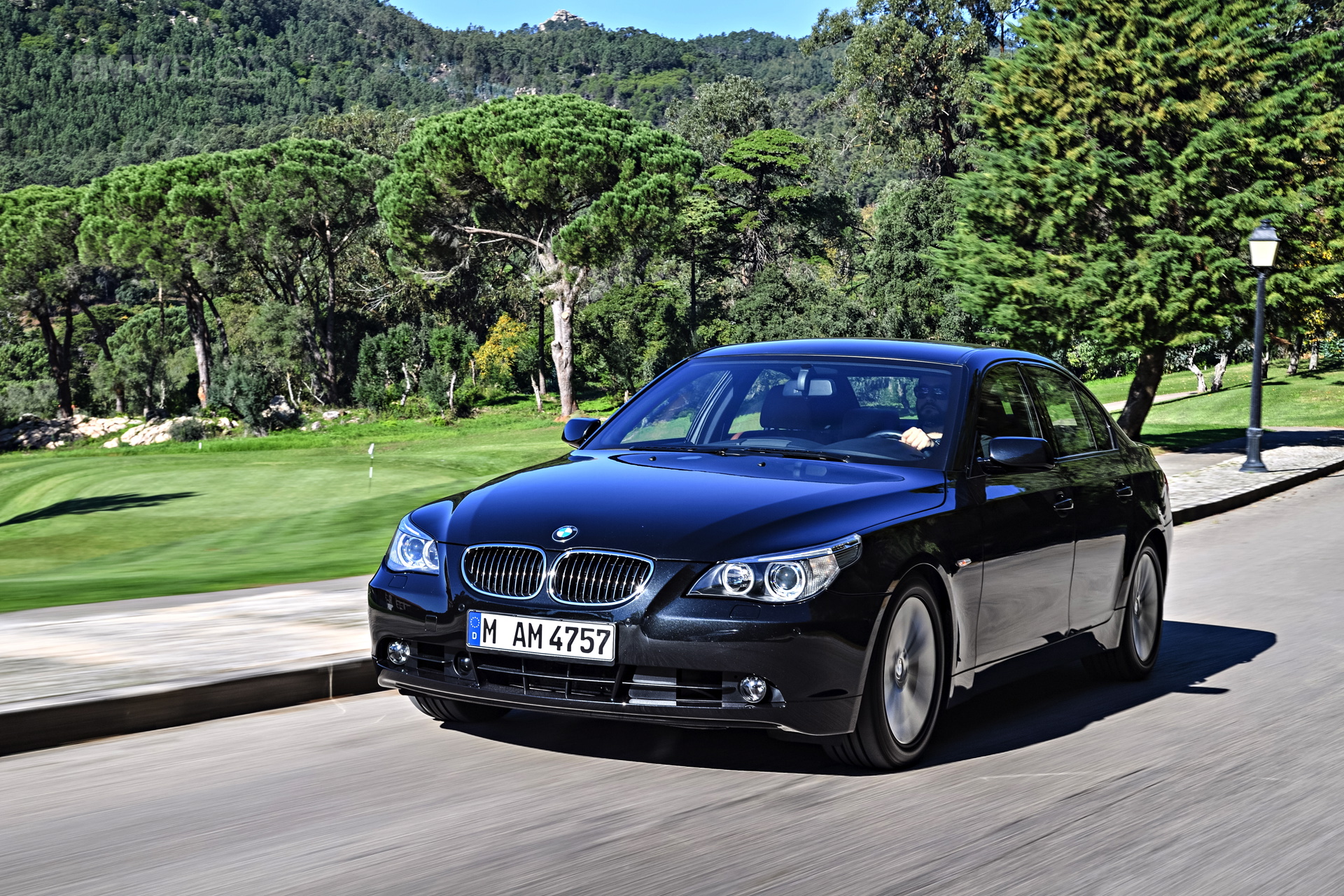 I find myself driving down a familiar road, one I’ve driven a thousand times before, in my hometown of Augusta, Georgia. It’s a road that hasn’t changed much over the years though it surrounds the jewel of the city. Further along the road, cutting through the cool, crisp winter air I pass by a small, unassuming gate behind which is a place of tradition: the famous Magnolia Lane leading up to the clubhouse at the Augusta National. For those unaware, I recommend you discuss the event with any golfers you may know around the first of April to get a feel for the gravity of the event. The National, home to the Augusta Masters tournament, has been the stable point of the history of Augusta over the decades long tradition of the course.

However, the irony of tradition isn’t lost on me as I cruise by the front gate to Magnolia Lane in a car that also stands for tradition: the E60 BMW 550i M Sport. Though many may disagree that the E60 has anything to do with tradition as it challenged what and how conventional wisdom was applied to the 5 Series lineage.

The 5 Series, after all, is one of the oldest existing model in the history of BMW – starting as early as 1972. With the initial E12 5 Series, BMW began the practice of naming models with a 3 digit designation stating both model series as well as engine displacement in addition to many styling cues that would shape BMW design trademarks of the next 30 years.

Progressing through the models after the E12, E28, E34 and E39 many of the models continued to evolve from the styling of the original E12, the fifth “New Class” BMW, until it came time to replace the highly sexy and highly successful E39. BMW found itself at an interesting crossroad with an even more interesting head of design: Christopher Edward Bangle.

It was 2003 and there wasn’t a single BMW enthusiast, much less automotive enthusiast, who didn’t know the name of Chris Bangle. After a controversial, radical restyling of the 7 Series and Z4, successor to the Z3, the year before, many were concerned that the historically conservative design of the 5 Series would be “Bangled” and have questionable styling. Upon its debut, the 5 Series design received mixed reviews, something relatively new to BMW. With unnatural, sharp cut lines, “Dame Edna” head lamps, and a bit of a heavy-looking rump, the E60 5 Series, 5th in the 5 Series lineage, proved a new style direction was possible both inside and out. Many were shocked to see the still-new iDrive system as a standard feature along with options such as Active Steering and the Heads-Up Display finding their way to the 5 for the first time. While the exterior was turning the design world on its ear, the technological innovation of the new 5 Series was doing the same to the expected technologies on the inside and under the skin.

Thankfully for all, under the skin, the E60 5 Series was still a BMW. With rear-wheel-drive standard, the E60 also provided the first U.S. market 5 Series platform that was available with BMW’s patented “xi” designation for its all-wheel-drive system. To power both two and four wheels, the E60 had nothing but the best to offer with drive trains such as the potent N52 3.0L and later the N54 3.0L twin-turbo under the 535i designation. Much of the rest of the world outside of the United States had access to the lovely, uber efficient diesel engines that the American market has so long been denied.

Speaking of Teutonic power plants, I was quite enjoying the 4.8L V8 in the 2008 550i I happened to be driving.

Graciously donated for the afternoon by a family friend, I took the 550i M Sport through its two natural environments, an upscale neighborhood and a quiet yet twisted stretch of road.

Stalking through the neighborhoods that surround The Hill, the area housing the Augusta National, the Carbon Black on Tan leather 550i quietly dispatches the older, awkward roads of a city built well before cars existed. The suspension is very compliant with the undulating roads and, to my surprise, the often-hated run flats coupled with the massive, inverted M wheels don’t ruin the feel of the car. The steering feels tight for the most part, perhaps a little too light, but then again this car has to wear the “sporty” and “luxury” hats at the same time – no easy task.

Speaking of the luxury, the seats are a great throne to find yourself sitting upon. Well bolstered and long in the seat which helps those of us over 6’2, comfortable only begins to describe the cushy seats that hug those lucky enough to snuggle behind the wheel. The seating position of the car feels very purposeful and, while sitting at the wheel, you realize that this will be one of the last E60’s to grace the road. One of the things that makes me enjoy it all more while guiding, is the knowledge that you’re sitting at the helm of a car now 6 generations deep, a continued development of a winning formula that has endured the test of time as BMW has transitioned from a struggling upstart to a world-class leader that took on and then overtook the establishment of Mercedes Benz while demonstrating that luxury and sport can be successfully blended. That sense of tradition is intangible and something that can only be engineered through time, not features nor technologies nor clever marketing campaigns.

However, with specs like that, I was surprised to find the exhaust note of 550i so quiet when puttering around town. Only when you bury the throttle do you begin to hear the metallic murmurs of the big V8. The Valvetronic-equipped engine is noticeably more quiet than the newer twin-turbo V8 of the current 550i Gran Turismo. So, you can have you performance without it being too intrusive?

Certainly what I’ve come to expect from the 5 Series.

After spending an afternoon with the 550i M Sport, a combination of the best bits of M body kit and wheels the size of the M5, I’ve come to realize that I’ll miss the E60 as it finishes writing its chapter in the annals of car history.

Originally, I disliked the E60. The E39 was a safe design, well-balanced and conservative – never a bad move when trying to bolster continued sales growth. However, with the E60 BMW chose the road less traveled and certainly one more difficult by developing a controversially styled car. It challenged what many of us thought that a BMW should look like and what the traditionally middle management, conservative style of a 5 Series should convey about its buyers. The E60 has flair and panache that the E39 couldn’t necessarily convey and for that, I think enthusiasts should be thankful to BMW for moving the goal posts of what a mid-size sedan should be and showing what it can be.

Initially thought to be sacrilege to the double kidney-grilled cars, the E60 now looks just right, a vibrant stand-out in a class of relatively safe, uninspiring design and, I’m no expert, but I believe that the E60 will be fondly remembered as a true game-changer in terms of a design language for a brand that has typically sided with aggressive, forward-thinking approaches to their business and tradition of building truly great cars that endure the test of time. We can only hope that, as BMW ushers the F10 5 Series into the market, it can successfully carry the torch for the E60 5 Series and the previous 5 generations of Bavarians that preceded it.

A very special thanks go out to Dr. Kraig Wangsnes for allowing us to both drive and photograph his car during the Thanksgiving holidays!