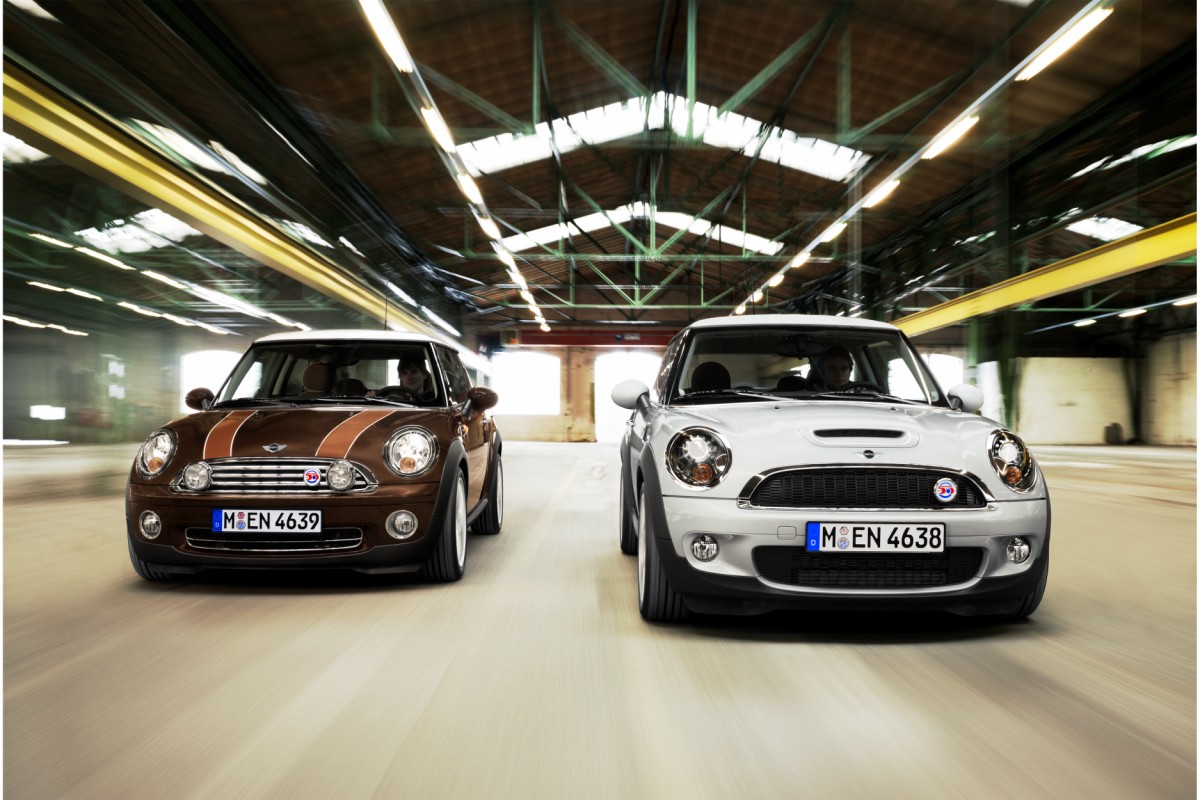 The MINI brand will turn 50 on 26 August 2009. Fifty years ago to the day, the British Motor Corporation (BMC) unveiled the result of its quest to design a new and revolutionary compact car.The very first sales brochures praised the Morris Mini-Minor’s “extraordinary future promise”.

Fifty years later, we know that few vehicle concepts have survived as long or achieved such popularity. No other vehicle has ever spawned such a wide range of variants as the Mini.

Last year’s MINI E premiere was definitely one of the highlights of MINI’s long history, fulfilling its future promise in a way that no one could have foreseen 50 years ago. 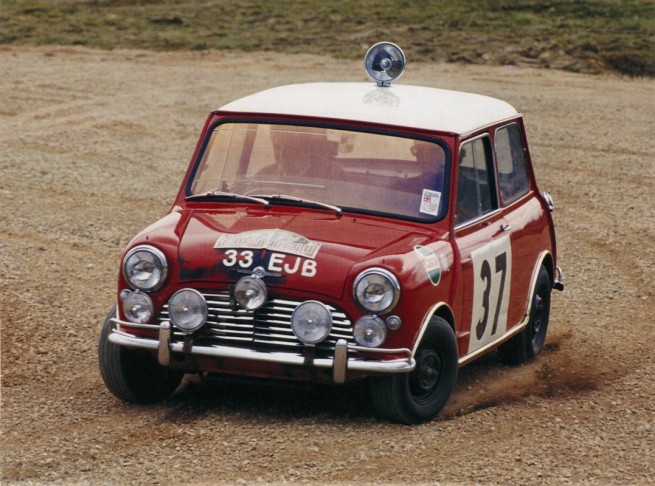 Reducing fuel consumption was already becoming an important issue for vehicle developers fifty years ago. Back in 1956 the Suez crisis and petrol rationing were major factors for the automobile industry. BMC management gave designer Alec Issigonis the following guidelines: the Mini must make creative use of the limited space available; accommodate four passengers; and guarantee perfect handling and low fuel consumption.

By 1962 – within three years of its market launch – Mini production already exceeded 200,000 vehicles a year. Once the world’s rich and famous (Peter Sellers, the Beatles, Brigitte Bardot, Clint Eastwood, Lord Snowdon, Twiggy…) adopted the Mini as their preferred city car, it rapidly became the symbol of an entire generation. Over the next 40 years the Mini became an icon – a brand with a unique tradition and charm that appealed to all ages.

Brand re-launch
Following its acquisition of Rover in March 1994, the BMW Group decided to revive the MINI brand tradition and continue writing Mini’s history: The new MINI was to create a unique premium brand with unmistakeable charisma and excellent product qualities in the compact segment – respecting its history, but at the same time meeting the needs of its present customers. The brand was successfully re-launched thanks to consistent positioning as a premium global brand and a clear focus on its new target customers. The re-launch relied upon excellent product qualities and a modern design that paid tribute to its earlier iconic status. Communications also give the brand a consistent global profile, or to be more precise, a unique MINI feeling: MINI not just as an A-to-B car – but as an expression of an outgoing and spontaneous lifestyle, with “enthusiasm” at the very heart of the MINI brand.

MINI as a pillar of the BMW Group
Since the MINI brand’s acquisition by the BMW Group, it has become an important element in the BMW portfolio. MINI sales have increased every year since 2002, with more than 232,000 MINI brand vehicles sold in 2008. The United States was the single largest market for MINI cars last year. To date almost 1.5 million vehicles have been sold worldwide since the “New MINI” was launched in 2001. Its characteristic combination of driving fun, individualistic style and premium quality has led to rising sales on all continents in recent years. This unique premium compact car is now sold in 80 countries around the world, with Brazil becoming its newest market in 2009. The MINI brand has come of age and become an important pillar of the BMW Group in virtually all international markets.

Like the rest of the automobile industry, MINI has been unable to escape the effects of the global economic crisis this year. However, by July 2009, with deliveries up 0.3%, sales of MINI brand vehicles were already slightly higher than in July of the previous year at 19,281 vehicles. The new MINI Convertible in particular, which has been available since late March, has given sales a boost. Last month, the brand reported its best July sales ever in Germany (3,207/ +16.1%). On the international markets, 120,813 MINI cars were sold in the year to the end of July.

Production Triangle
The BMW Group has invested more than 380 million British pounds in the MINI plant in Oxford since 2001, as well as a further 100 million pounds in the Hams Hall and Swindon production facilities which also form part of the MINI Production Triangle. The MINI plant in Oxford is currently jointly manufacturing the MINI, MINI Clubman and MINI Convertible models. It is also producing the extremely sporty MINI John Cooper Works, MINI John Cooper Works Clubman and MINI John Cooper Works Convertible models. Around 1.24 million of the 1.5 million MINI vehicles so far built in Oxford were based on the traditional body design of the standard hard-roofed two-door version. The Oxford plant has also produced some 179,000 MINI Convertibles, as well as 79,000 MINI Clubman. If these figures are added to sales of the classic Mini, the brand can claim to have sold 6.8 million vehicles worldwide.

Outlook
The MINI 50 Camden and MINI 50 Mayfair birthday editions will make their world debut at the IAA 2009, where further product surprises await visitors. To mark its 50th birthday, the MINI presence will focus on the brand’s 50-year success story. Visitors will be greeted by an oversized “What a Birthday. It’s MINI.” banner. With its MINI, MINI Clubman and MINI Convertible versions, the brand’s potential is far from exhausted. Ventures into other vehicle segments are another appealing prospect for its designers. While the MINI Crossover Concept may appear to be a typical example of the MINI design philosophy – it is also a new model version without historical roots that can take the brand to a whole new dimension. The market launch of the MINI Crossover is scheduled for 2010. 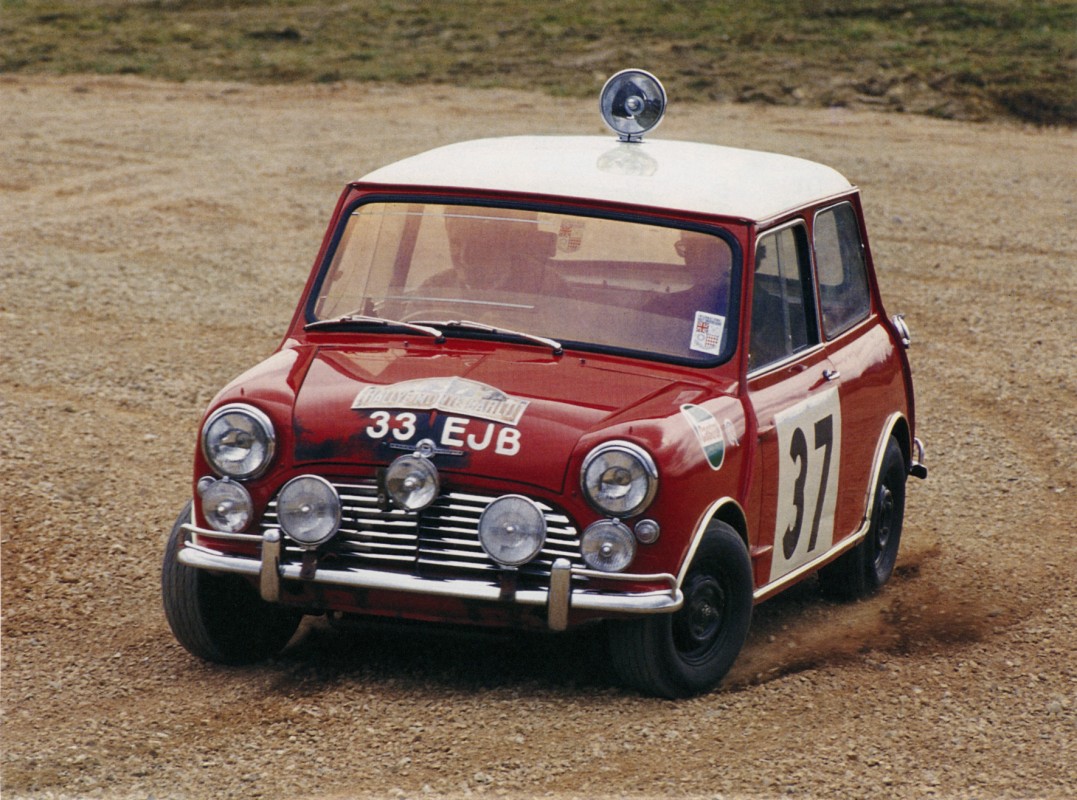 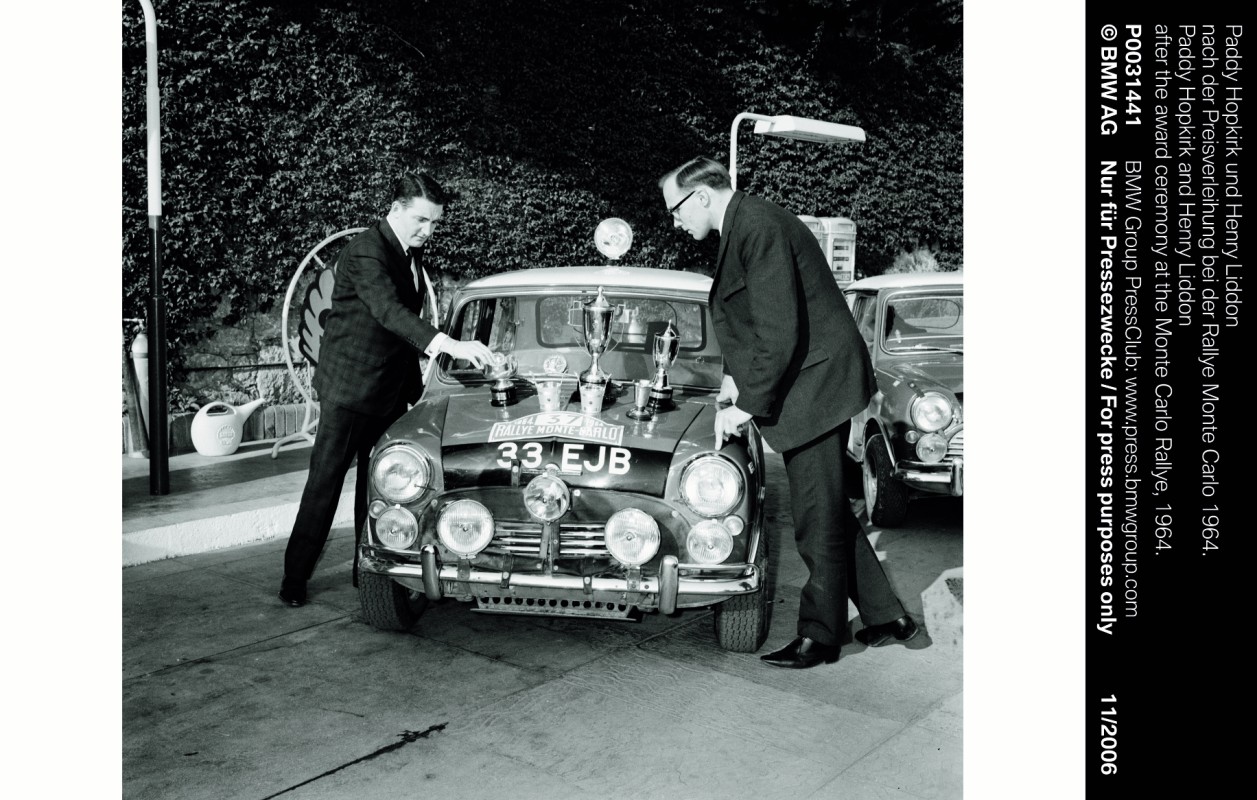 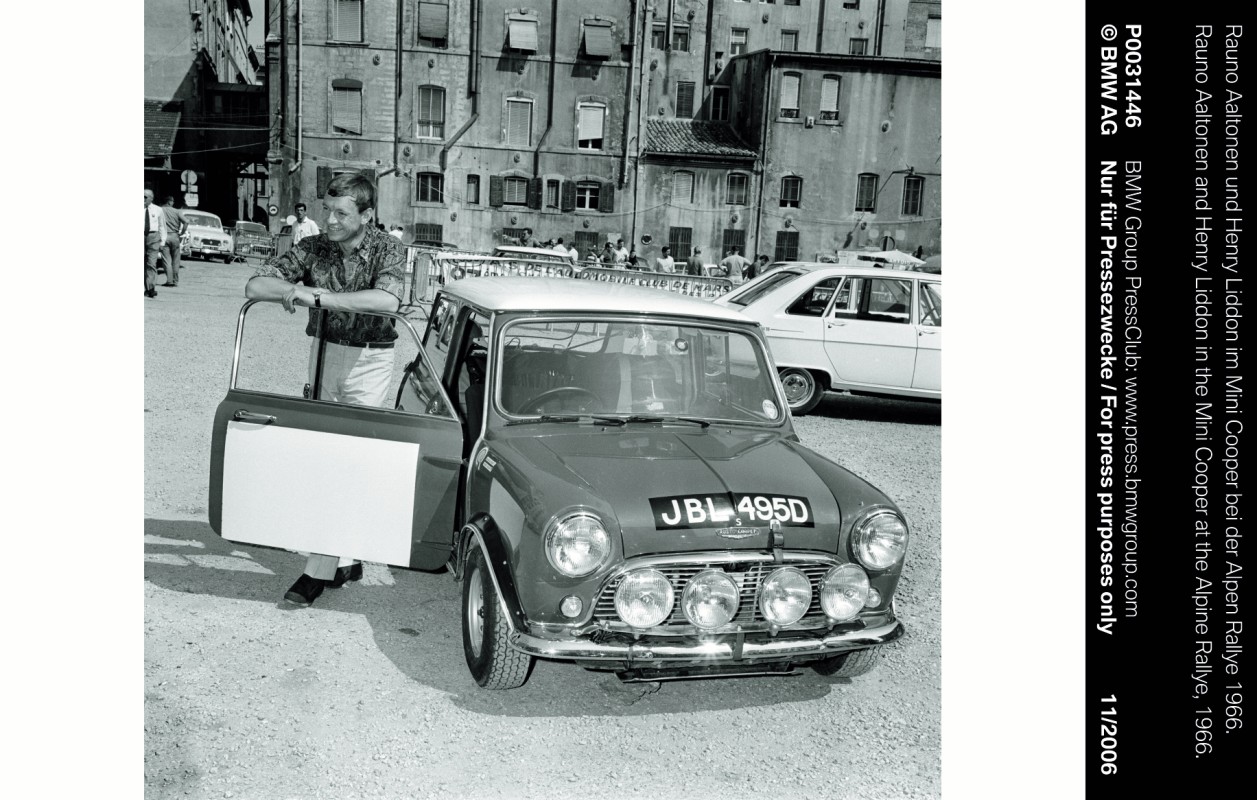 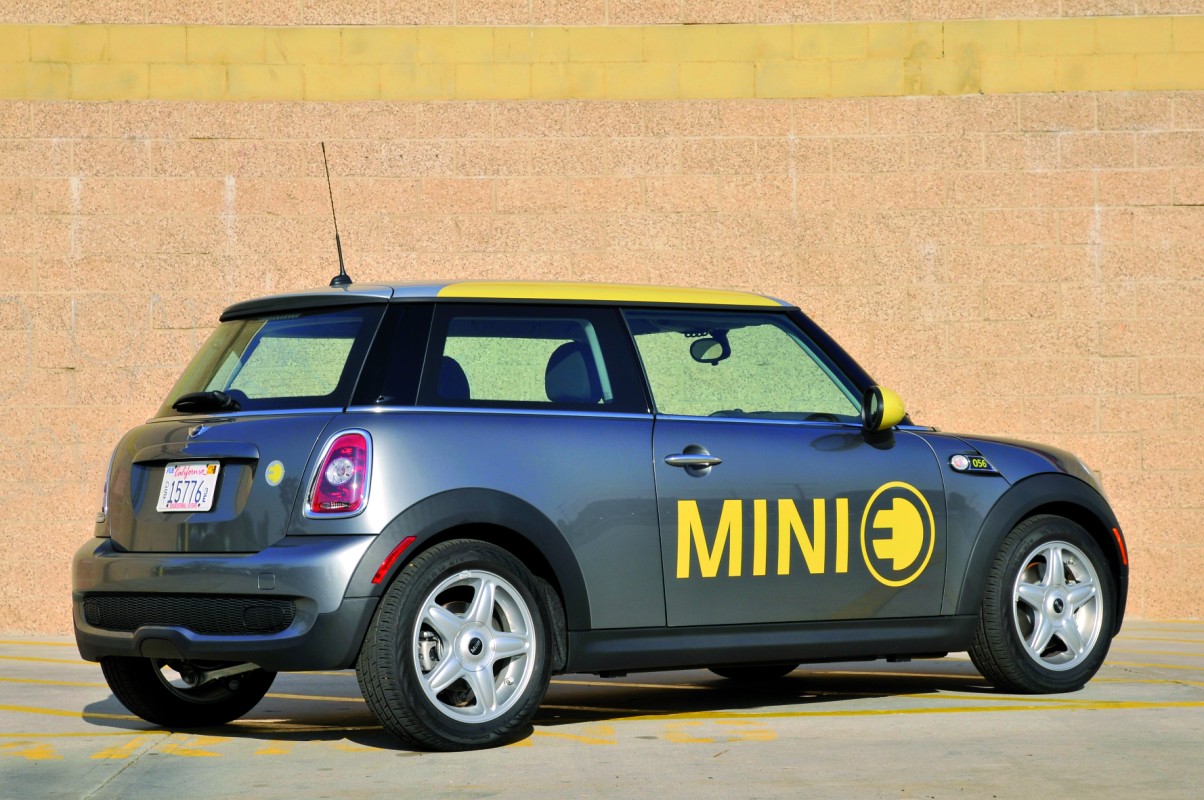 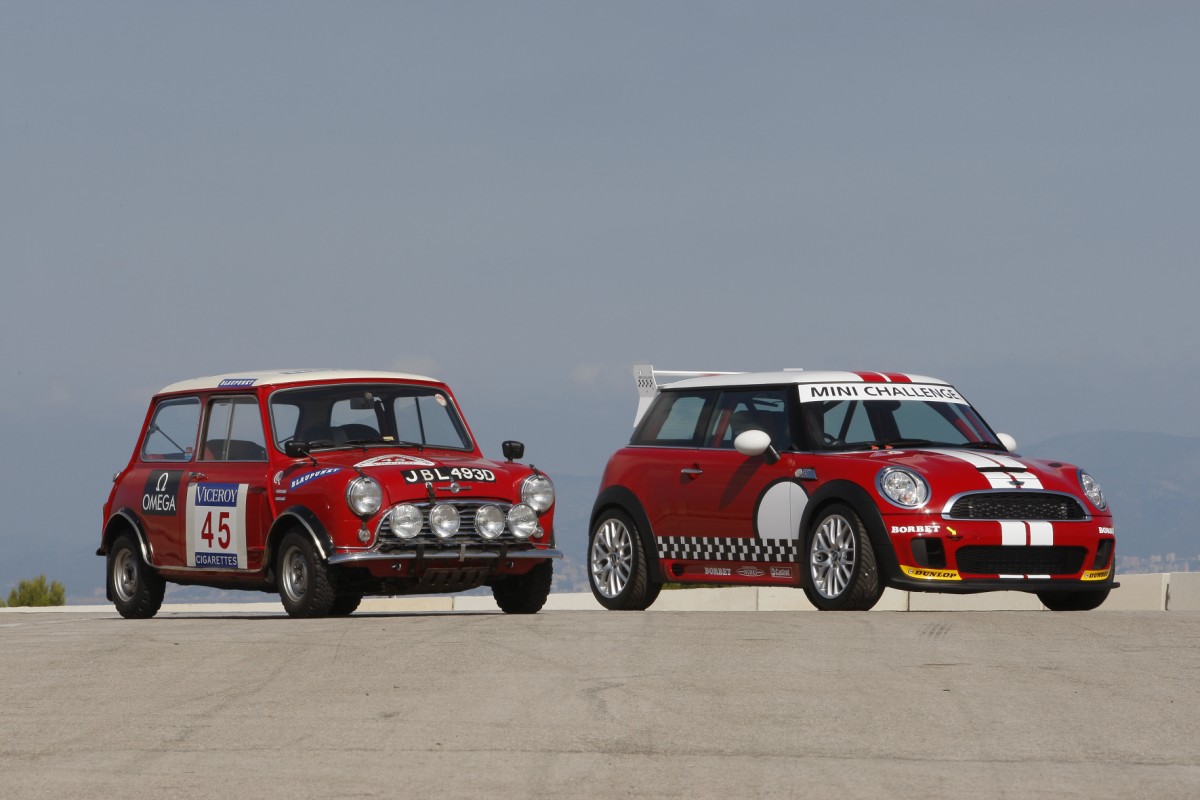 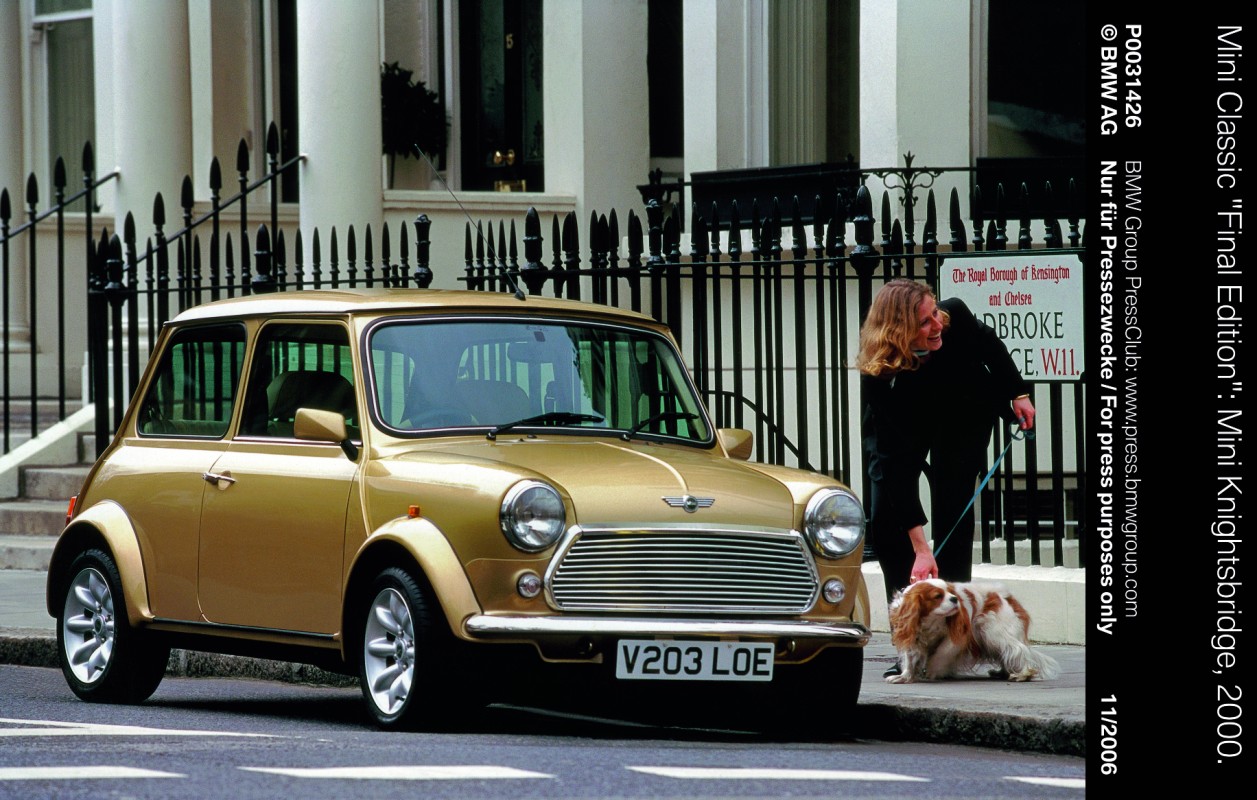 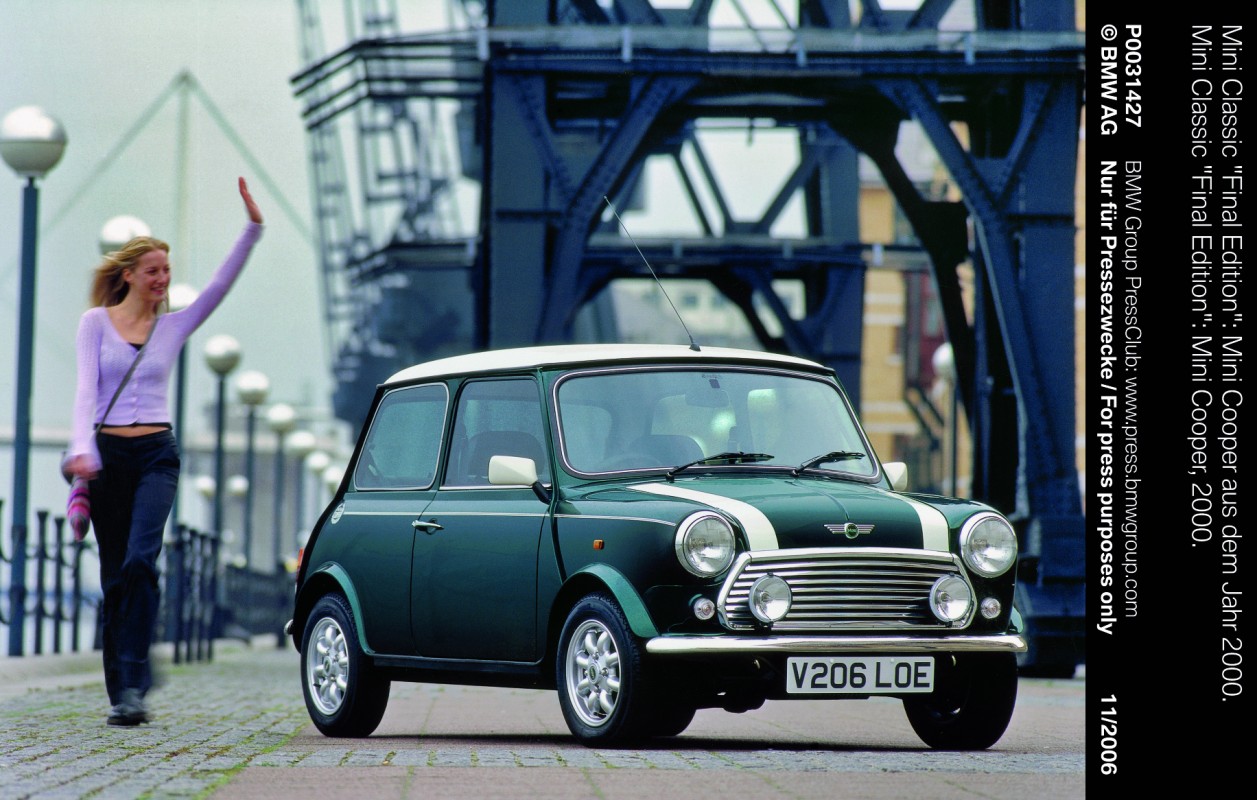