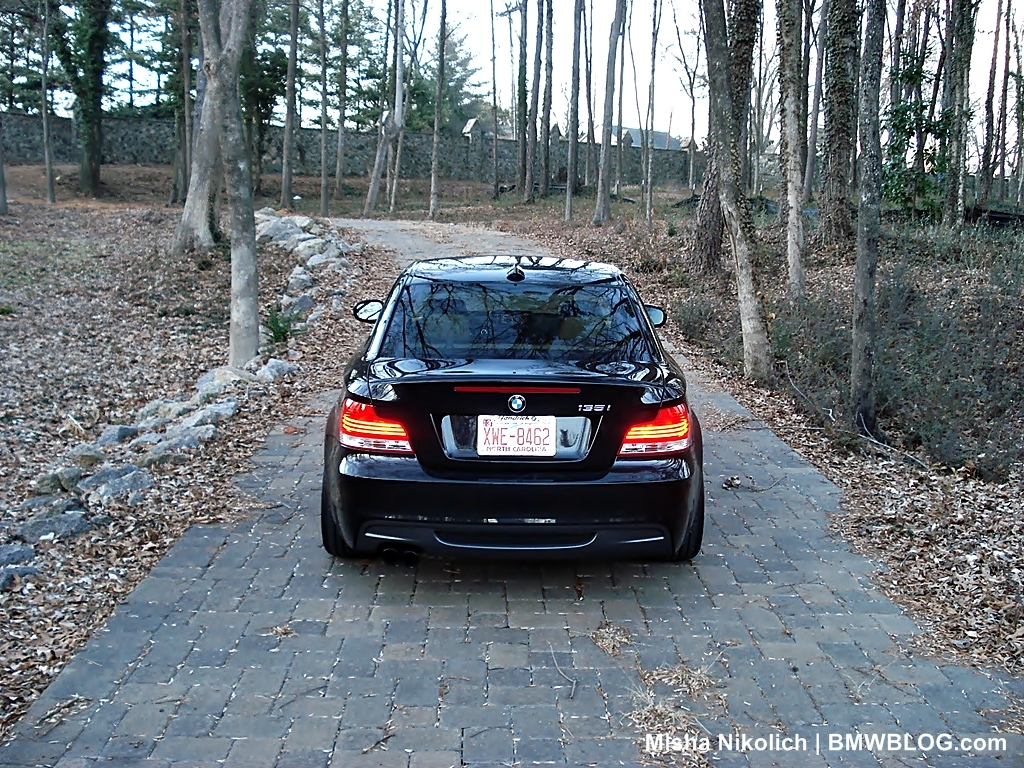 It’s an odd comparison that to me actually makes more sense than most that I have been writing about lately (ie: BMW 550i/Pontiac G8 GT). Even though the Mini and the BMW are cousins they have a lot of similarities, and probably just as many differences.

As I tend to say, beauty is in the eye of the buyer. I personally love both cars, and have driven each to great lengths, and would defend them to the death. Which one is better? Which one is more usable? Well, that there lies within you as the reader and the buyer. So for right now let’s just compare them the best way we know how.

I start with the Mini because technically it has been around longer. When I worked as a car salesman, we had a beautiful cream colored 2004 Mini Cooper S with black racing stripes. It even had the rather nice 6-speed manual tranny too. Any time that I had to go and do something for the dealership, the Cooper S was the car I immediately got the keys for.

I loved it. If you know me I’m not much on front-wheel drive cars, but Mini’s I love, I love them more than many rear-wheel drive cars. A Cooper to me holds so true to the value of less is more, while at the same time being a true BMW. Drive one; you will understand then what I’ve been saying to you.

The Mini Cooper S has a semi-wallet caring price of $21,200. Be careful though, because the options list is long and can get rather pricey in the end. Outside of Porsche’s, I have never ever built another car online that has more options and accessories to make the car individually yours.

They might as well add in a free logo on the roof of the car that says “this car is mine and made by me!” The one I just happened to build landed me in hot water at $37,746. Forego some of the radical options –I pretty much fully loaded the car- and you have a reasonable $25-32K car.

Remember though, while you are building the Mini, that it can handle more than most. If you are into the performance abilities of your car, and not just straight line speed, you have one of the best all-round performers in the world. When equipped with the optional limited slip differential you can toss the Cooper S around like it’s a go-kart that is geared more towards adults. Let me put it this way to you.

A friend of mine who has a beautiful Z3 M Roadster with about 360hp and 360lb-ft of torque rated at the rear wheels, is an Autocross guy. He wins quite a bit and knows how to drive his ride. He told me once that if a stock Mini Cooper S shows up at an Auto-X, he is taking second. That is pretty epic in my book. Epic in the sense that a small turbocharged car making all of 172hp and 177lb-ft of torque can take a Z3 M Roadster weighing similar weights around short courses like Autocrosses.

The BMW 135i is a rather different car on the other hand. It is similar in the principle of the Mini, that less is in fact more, but it happens to be an even faster and better all-round performer. For more money though. The price to get into the 135 world is a Mini Cooper S loaded price of $34,900.

That happens to be just shy of $3,000 less than my fully packaged Mini. Let us not forget that with the 135i you get a lot more space and a monumental amount of performance that is easily rivaling older M3’s, M5’s and current Porsche’s. The 135i, like the Mini, will jump up in price quick, as shown by almost fully loaded build of $45,595. That is expensive, but then again, you do get near exotic sports car performance from something that is just bigger than a shoe box.

With that said, they are both radically different. They both appeal to an opposite audience. The Mini can be more of the young boy racers fantasy, or first real performance car, while the BMW is the mature young adults BMW. Both are throwbacks, and both offer perfection in so many ways.

Now it comes down to which one you would rather have. Size is of course a rather significant difference with the trunk of the 135i being 10.0 cubic feet where as the Mini has a rear hatch that provides only 5.7 cubic feet with the rear seats up. With the seats down though, it does provide 24 cubic feet worth of space.

Not bad for such a tiny car. Either way you go you won’t have a lot of back seat riders anyway, so chuck that into the extra storage compartment. I guess I now have to tell you which one I would rather have. It’s a hard choice. The Mini gets better gas mileage at 34 highway and 26 city, while the 1er only gets 17 city and 25 highway. That is crucial in today’s gas war…   I guess I’ll take… Both! Hey, I didn’t say money was a factor.