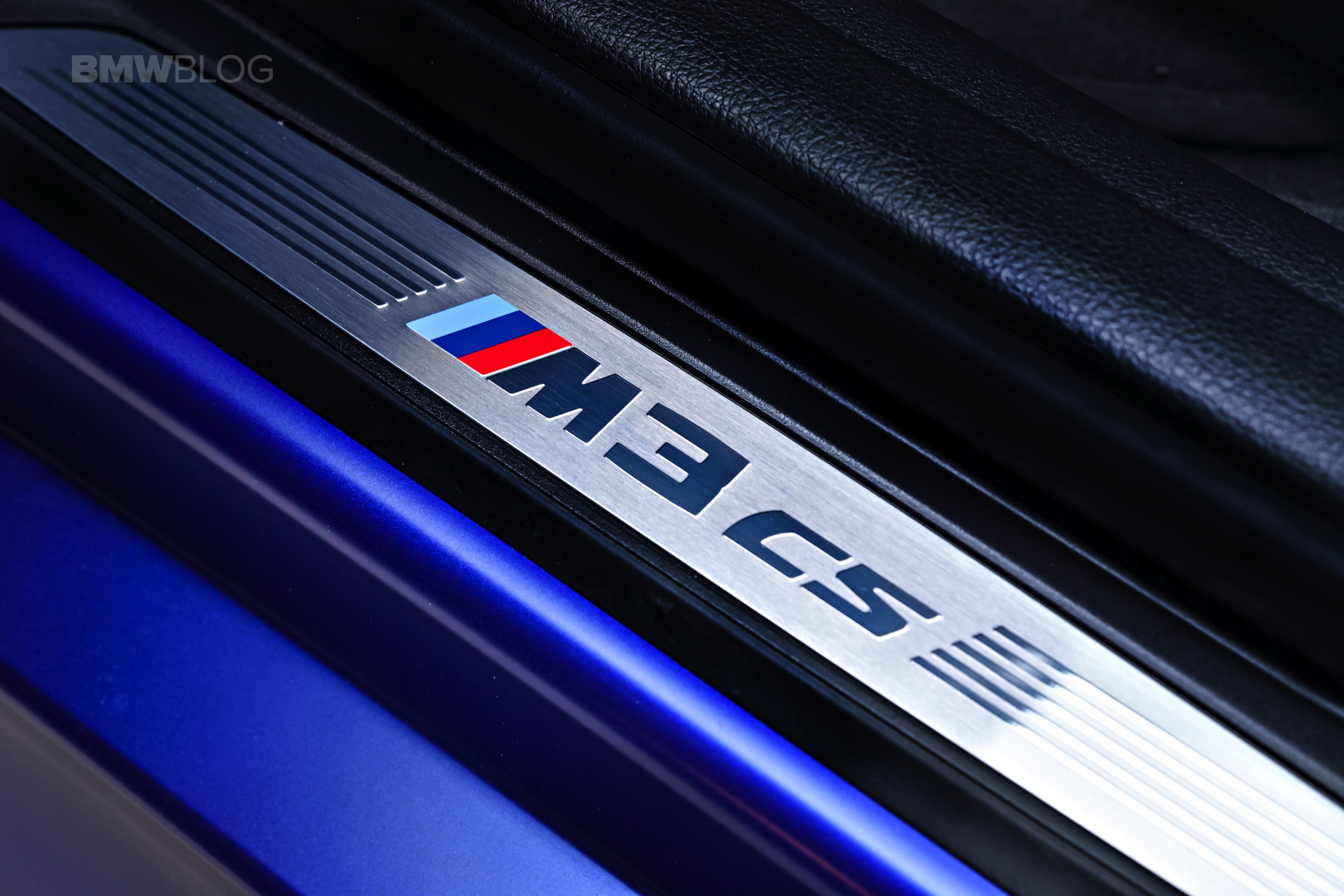 Design Inspired by the M4 CSL

As expected, the BMW M3 CS looks like an M4 CSL-lite. It isn’t quite as extreme as the M4 CSL but it does share a lot of the same design features. For instance, it has the same kidney grille (which we already knew from spy photos) and two stripes on the hood, similar to the CSL’s. However, the latter of which are smaller and lack red accents. It also has a similar front lip spoiler. Obviously, the M3 CS has four doors, rather than the M4 CSL’s two, so it isn’t as sleek looking.

The color you see in these photos is Signal Green, which will apparently be one of its factory colors. There’s no word on any other colors that might be available but it’s great to see Signal Green as one of the colors. The M4 CSL’s monochromatic color palette was pretty boring, so the M3 CS is already off to a good start.

Out back, the 2024 BMW M3 CS has a tiny little spoiler tacked onto the trunk, rather than the integrated rear spoiler of the M4 CSL. And its side skirts are the same as the M4 CSL’s, just fit for four doors.

M4 CSL Design Inside As Well

Inside, the M3 CS’ cabin looks almost identical to the M4 CSL’s. The biggest difference between the two cars’ interiors is the infotainment screen. The BMW M4 CSL sticks with the old iDrive 7 because it’s less distracting and more driver-focused than iDrive 8, which makes it better suited for a track-focused car. However, the M3 CS is supposed to be more of a usable, everyday sort of car, so it gets iDrive 8, which is higher tech and fancier.

I will say that I’m disappointed that the M3 CS lacks the back seat buckets of the M5 CS. Those made the M5 CS feel incredibly special and unique and, since the M5 CS is no longer on sale, it would have been cool to have them in the M3 CS.

No specs were released with the leaked images so, as of right now, we’ll have to wait until its official Daytona reveal to find out what kind of power it’s packing. Until then, though, you can now see the 2024 BMW M3 CS in all of its green glory.