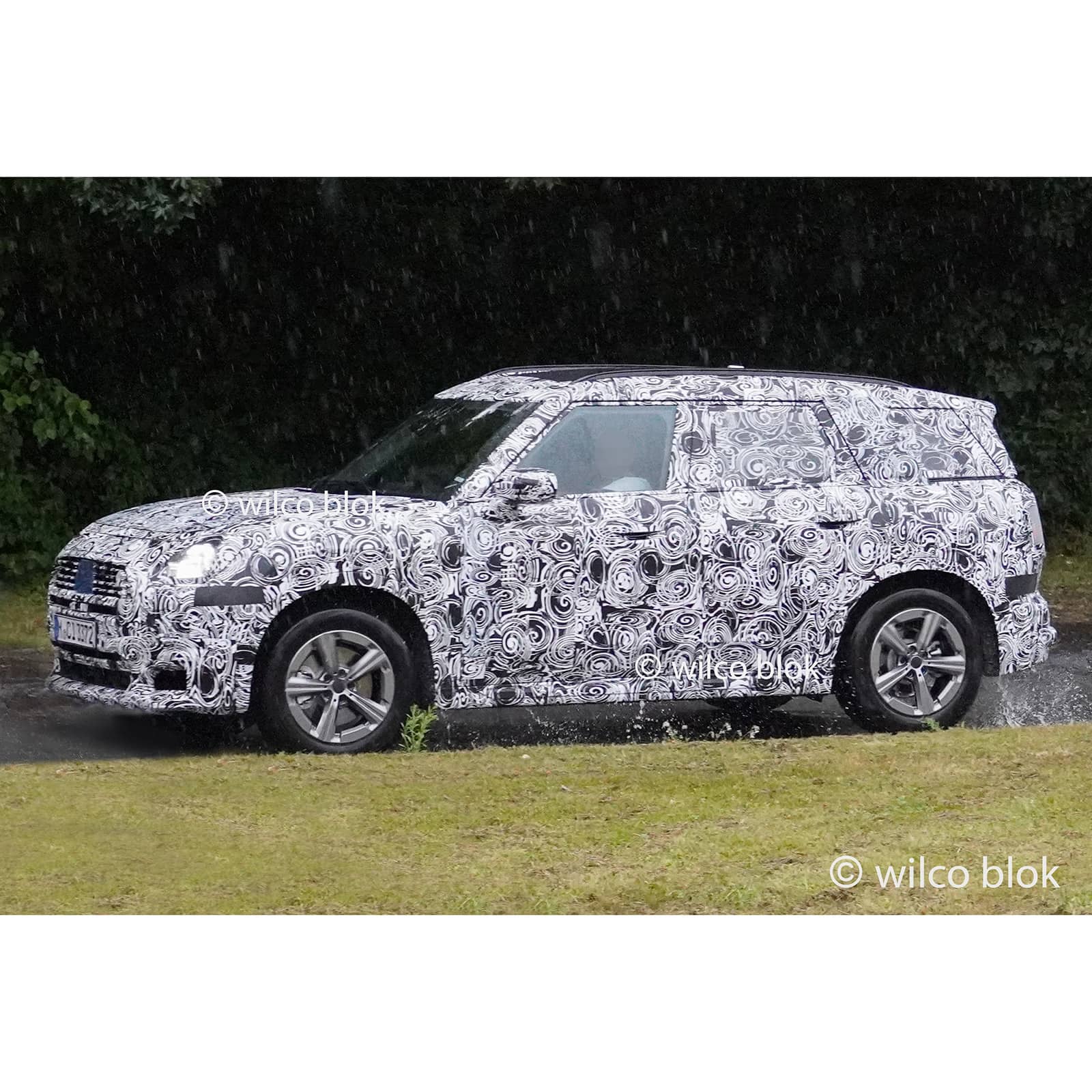 2023 will be a busy year for MINI as the Oxford-based automaker has already announced plans to unveil two electric vehicles. This camouflaged prototype spotted in German traffic is and isn’t one of them since we’re looking at a gasoline-fueled version of the next Countryman, which will get an EV variant. Stalked on the streets of Munich, the test vehicle had MINI’s distinctive swirly camo in yellow and black.

The disguise can’t hide the obvious – the new Countryman will be significantly larger than its predecessor. The easiest way you can tell it’s much bigger than before is by looking at the generous size of the quarter glass. While the outgoing model is 4.31 meters (169.7 inches) long, its replacement will reportedly stretch to almost 4.5 meters (177 inches) long. That makes sense considering it’ll be mechanically related to the latest BMW X1, which itself has gone through a growth spurt.

The quad exhaust system indicates MINI was testing a performance version, either the Cooper S or the full-fat John Cooper Works. As a refresher, the first-ever X1 M35i also coming in 2023 will have four tips. Both high-performance crossovers are rumored to use an updated turbocharged 2.0-liter gasoline engine, with the B48 to produce over 300 horsepower in its highest state of tune.

As for the purely electric Countryman, it should be quite similar to the iX1 xDrive30 with its dual motors. If it’s anything like the BMW-badged model, expect 313 horsepower (230 kilowatts) and 364 pound-feet (494 Newton-meters) of torque. It is believed a lesser iX1 eDrive20 with front-wheel drive will enter production near the end of the year, so an equivalent single-motor MINI might follow suit.

This will probably be the last Countryman generation to come with combustion engines since MINI has announced it will only sell electric vehicles from the early 2030s. Production of the compact crossover will be moved in-house as BMW will assemble the vehicle at its Leipzig plant in Germany. The outgoing model is made in The Netherlands by the VDL Nedcar automotive manufacturing company.