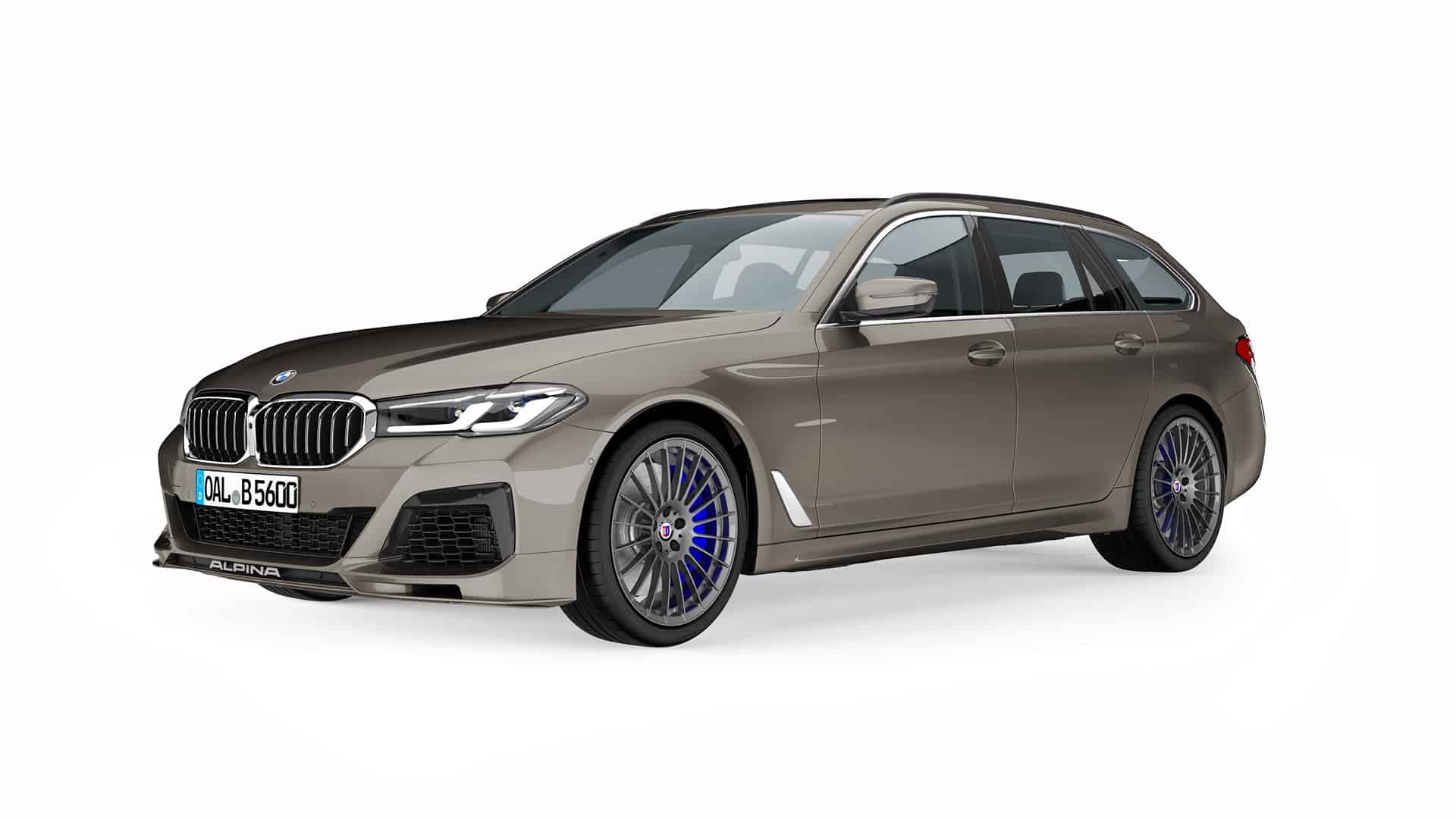 To capitalize on the rising popularity of SUVs, BMW has expanded its X lineup to include more than 10 models provided we include the long-wheelbase ones sold in China. That doesn’t mean it has sacrificed wagons as you can still get a 3 Series and a 5 Series in the Touring body style. Not only that, a first-ever M3 with a long roof joined the lineup last year. You’ll have to wait a bit more for the return of the M5 Touring, but until then, ALPINA has just the right substitute.

This G31 5 Series Touring pampered in Buchloe has been filmed straight on the showroom floor while wearing an Individual paint. The B5 is finished in Alvit Grey and rides on 20-inch Classic wheels featuring an anthracite finish with contrasting blue brake calipers. In typical ALPINA fashion, it has the retrotastic pinstripe and quad exhaust tips letting you know it’s something a bit more special than the M550i Touring.

ALPINA decided against bringing the current B5 Touring to the United States but fans of performance wagons should know the next-generation M5 is widely believed to come to North America in both sedan and estate flavors.  It’ll be interesting to see what the future has in tow for the B5 taking into account ALPINA will become a member of the BMW Group in 2025. We’ve heard the niche automaker will evolve to become a higher-end marque and bridge the gap between the fanciest BMWs and the most affordable Rolls-Royces.

In the meantime, it’s hard to find fault with the B5 Touring as it ticks all the right boxes and is the ideal solution for a one-car garage by providing just the right blend of luxury, practicality, and performance.