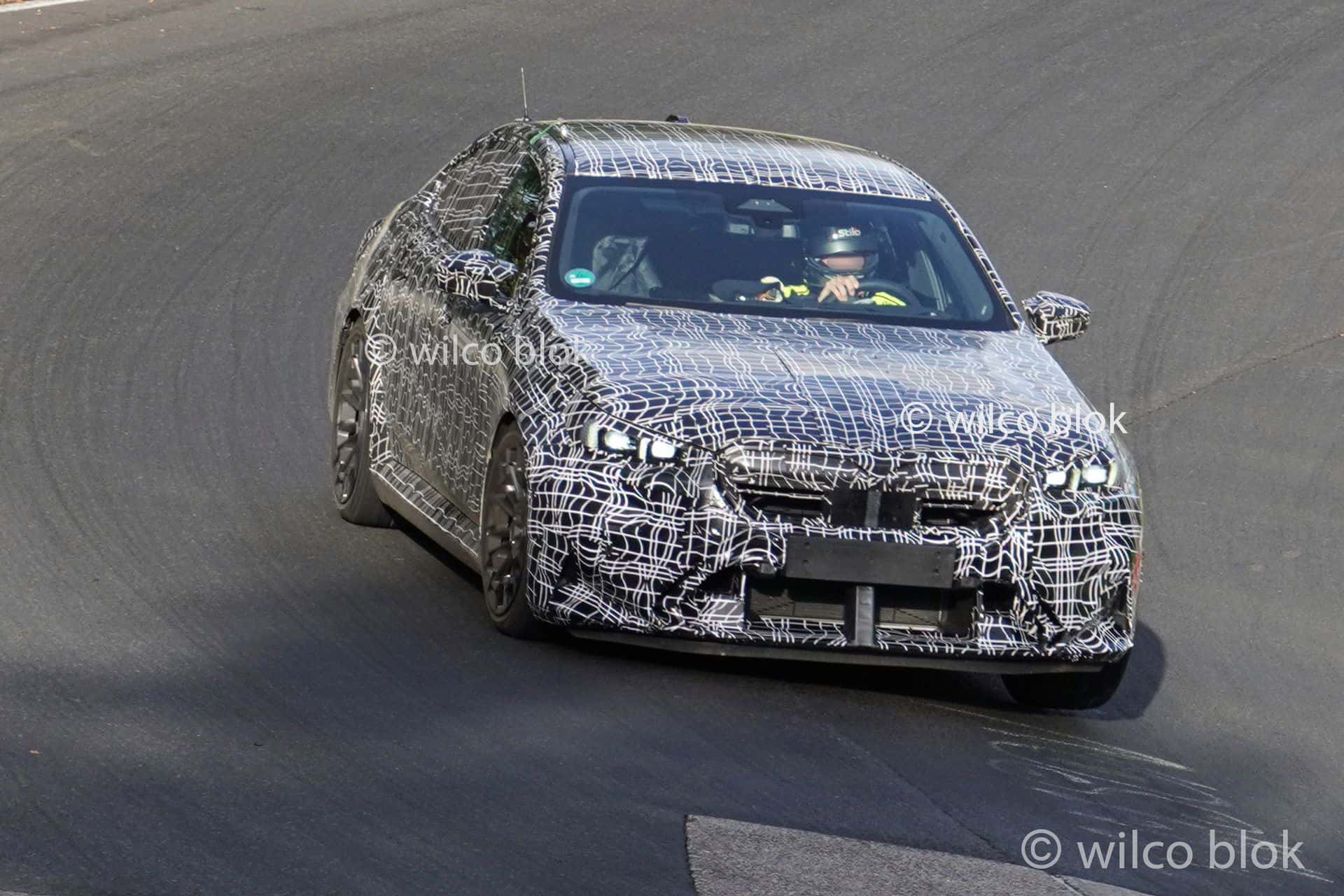 The next-generation 5 Series won’t debut until later next year, but these past few months have revealed BMW is concomitantly testing the M5 already. A new batch of spy shots puts the spotlight on the high-performance version, which has been caught with slightly less camouflage. It has the full production body and headlights, not to mention the traditional quad exhausts and an interesting wheel design we might add.

The novelty here can be found at the front where some of the makeup has been removed to give us a better understanding of the grille. It’s quite clear the kidneys won’t extend down on the bumper, so the M5 G90 (thankfully) won’t adopt the controversial design of the smaller M3. The upper and lower sections are separated, and there seems to be a large radar sensor above the license plate. A thick vertical bar bisects the lower grille.

That must be the final front bumper judging by how intricate it looks with numerous openings to feed air to the twin-turbo 4.4-liter V8 engine. The lower corners of the bumper appear to have trapezoidal air curtains to reduce wind drag and improve efficiency through better aerodynamics. Overall, the front fascia seems to have a sharper design while (phew!) staying away from the split headlights of the 7 Series, X7 LCI, and the XM. 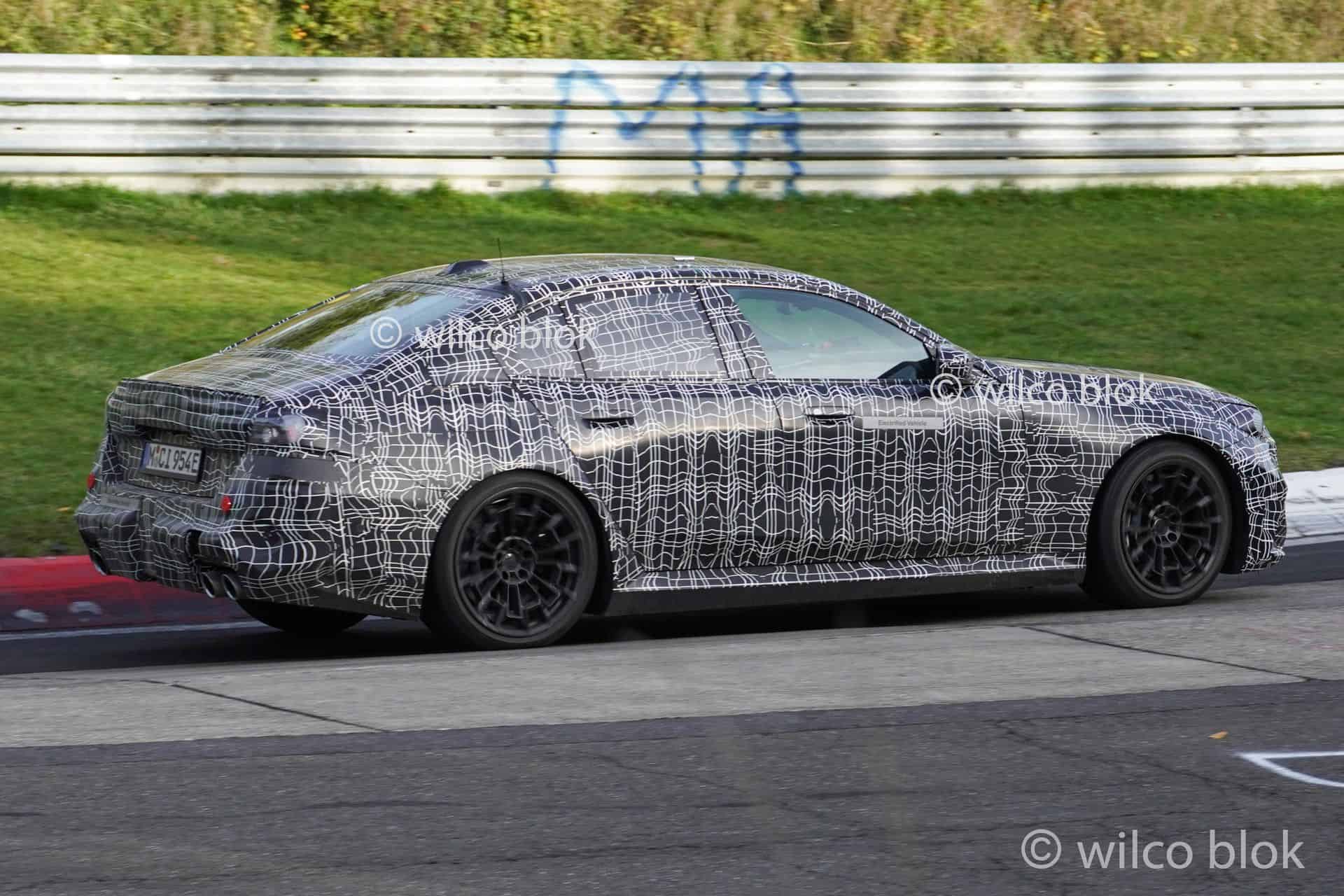 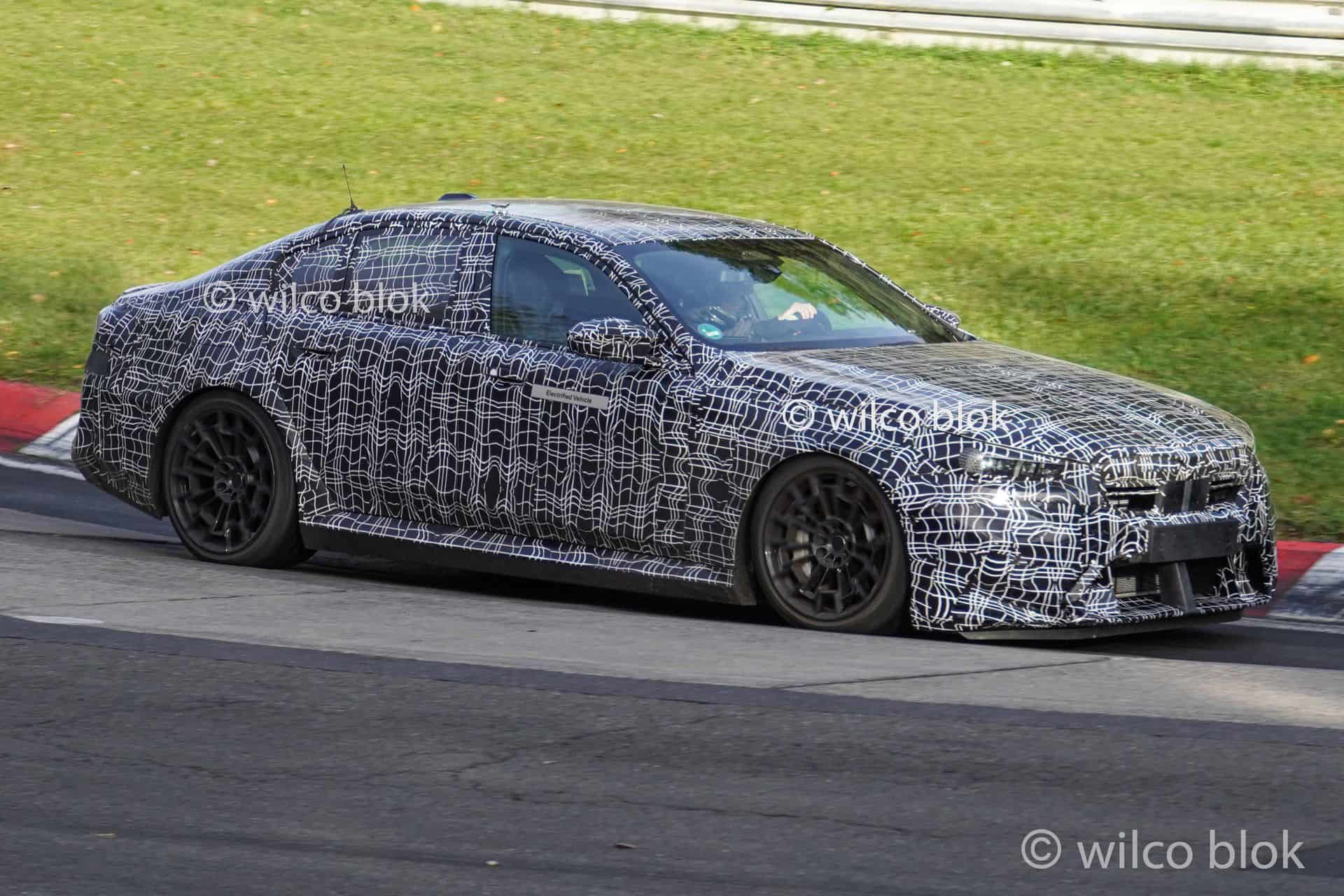 Elsewhere, it’s easy to spot the typical M side mirror caps, the new flush door handles, and a subtle trunk lid spoiler for a luxury sedan sending some E60 vibes. “Electrified Vehicle” stickers plastered over the body remind us that the next M5 will have a plug-in hybrid setup related to the XM’s. It’ll utilize the same S68 engine and electric motor believed to deliver a combined output of a little over 700 horsepower and 800 Newton-meters (590 pound-feet) of torque, according to our sources close to Munich.

You’ve probably heard by now the M5 Touring will return for a third iteration under the G99 codename to follow the rare E34 and the V10-powered E61. Unlike the smaller long-roof M3, the super wagon is believed to be offered in the United States to finally take on the Audi RS6 Avant and AMG E63 Estate. An unofficial timeline lists a start of production for the sedan in July 2024, with the wagon to follow the same year in November. That would make the M5 a 2025MY in the United States.

Meanwhile, the regular 5 Series Sedan is due to hit the assembly line in July 2023. If accurate, it can only mean BMW plans to officially introduce the G60 in the first months of next year. The G61 Touring is reportedly entering production in March 2024, a couple of months after a long-wheelbase sedan (G68) for the Chinese market.