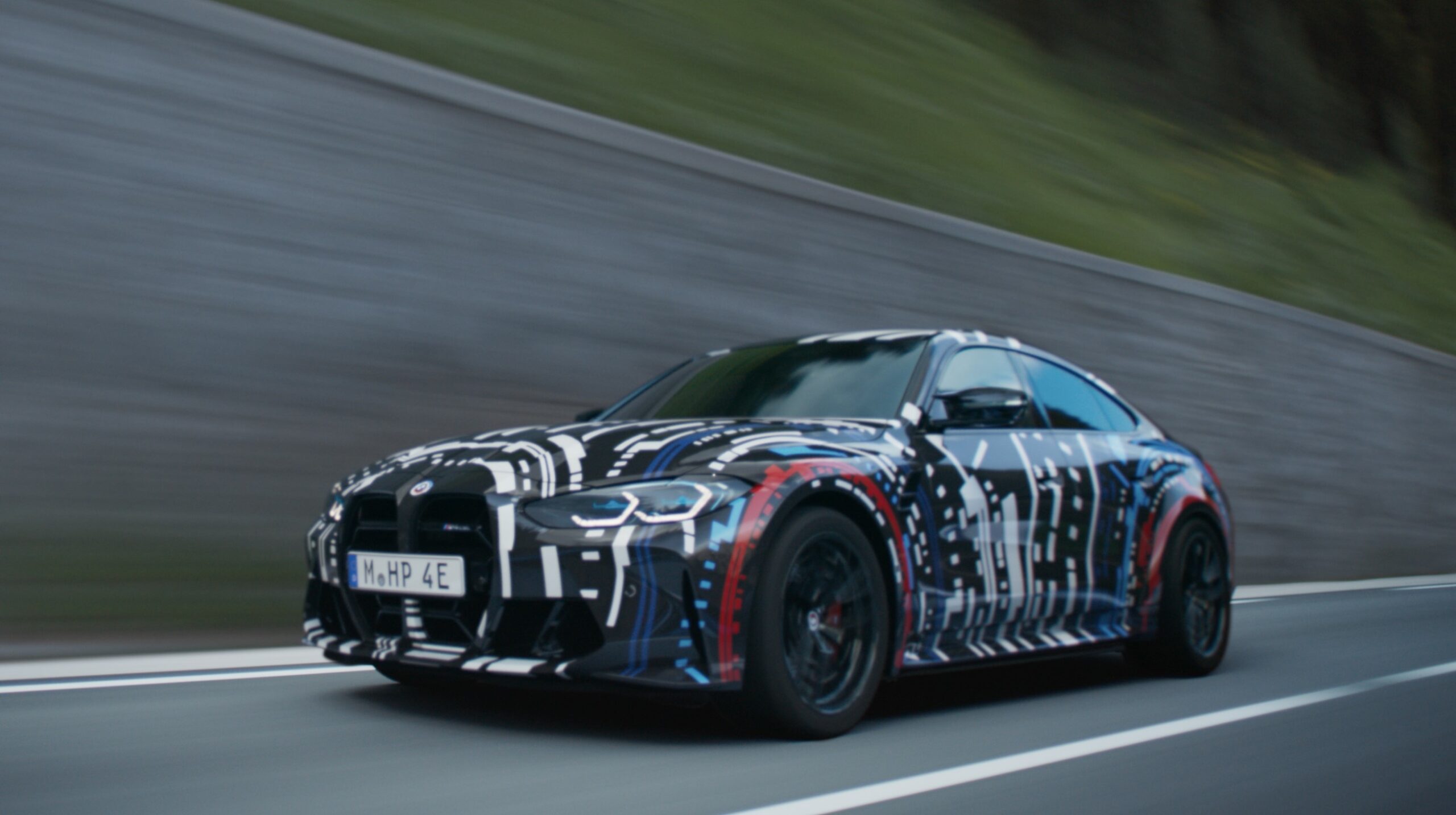 It’s the dawn of the electric era for BMW M as the “world’s most powerful letter” will add new performance hybrids and EVs this year. Joining the already available i4 M50 and iX M60 are going to be the i7 M70 and the XM, together with its 750-horsepower Label Red derivative. We might also see the i5 M60, but it hasn’t been officially confirmed yet. We’ll have to wait some more for a true M car without a combustion engine, but work is well underway.

As some of you will recall, BMW M announced the start of concept testing for purely electric vehicles back in August 2022. At the time, it showed an i4 M50 with a full body wrap in the M colors, complemented by the 50 years of M anniversary roundels and an interesting license plate denoting its potent quad-motor setup: “M HP 4E.”

In a new press release issued this week, the Munich-based company says that in 2023, it will ramp up testing of a performance EV equipped with four electric motors. The newly developed hardware is touted as being a “revolutionary high-performance drive system” with each wheel driven by an e-motor. Purists might not like the idea of an electric M, but BMW M argues it delivers superior driving dynamics than a combustion engine, be it an inline-six or a V8:

“The fact that all four wheels are each driven by an electric motor opens up completely new possibilities for infinitely variable, extremely precise and at the same time very fast distribution of drive torque. Within milliseconds, the power and torque of the spontaneously reacting electric motors can be dosed so precisely that the load demand signalled via the accelerator pedal can be realized at a level of dynamics that is unattainable using conventional drive systems.”

Since a production car won’t arrive anytime soon, BMW M is not going into any specific details about the powertrain. However, R&D boss Frank Weber told us last September the technology for a quad-motor EV with an output of one megawatt (1,341 horsepower) already exists. The context in which the statement was made suggested such an immensely powerful drivetrain is being developed for the Neue Klasse architecture. NE arrives in 2025 with an i3 Sedan – previewed by the i Vision Dee concept – but a fully fledged M version is highly unlikely to be offered from day one.

When an electric M will go on sale, it “will ensure that the emotionally powerful M feeling reaches an even higher level.”