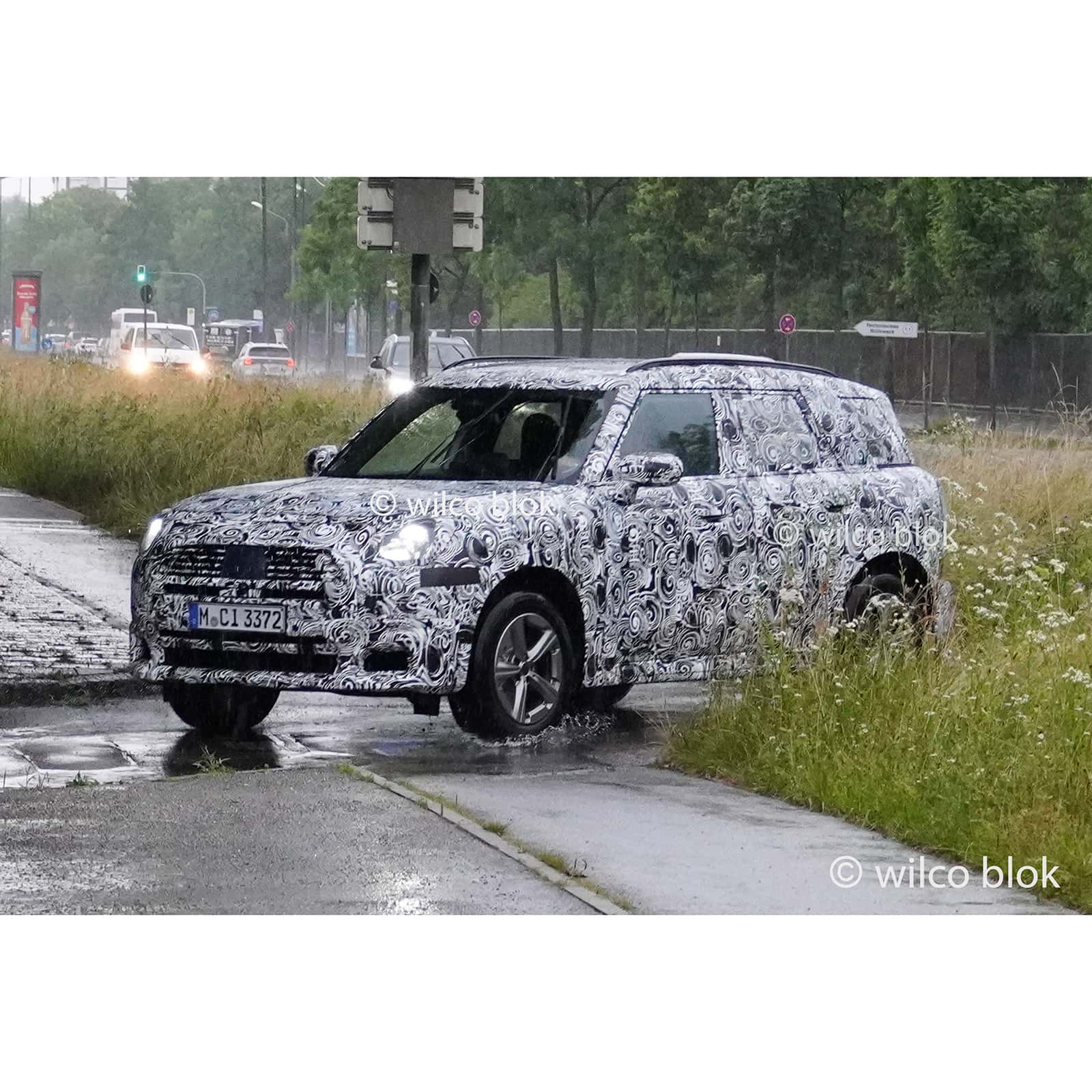 The 2023 MINI Countryman is on its way, set to debut toward the end of the year. When it does, it will mark the beginning of MINI’s transition into the future. Not only will it be built on BMW’s updated FAAR front-wheel drive architecture but it will also launch MINI’s new design language and interior technology. To get a glimpse of the former, take a look at these new spy photos, which recently caught the Countryman testing in the snow. (We don’t own the spy photos but you can see them here)

In these photos, you can see its new body shape, which is bigger and squarer than the current Countryman. It also has a more aggressively raked windshield and upright pillars, which makes it a bit sportier than before. It also looks more like a proper MINI, despite its size, than the current car, which is a bit too bubbly.

Details are hard to see in these photos, as the test mule is covered in heavy camouflage. Though, you can see that it has flush door handles, similar to those found on the BMW X1, some interesting bulges in the hood, and hidden exhausts. The latter is interesting, as it will be the first gas-powered MINI to have hidden exhausts in history. Only the electric MINI Cooper SE has hidden exhausts at the moment.

Inside, the MINI Countryman will be an all-new interior, with all-new technology. We haven’t seen what its new cabin tech will look like yet but we’re curious to do so. MINI’s tech is always based on BMW’s iDrive, just with a slightly different user interface and a circular screen. However, iDrive 8 is very different than previous iDrive systems, as it’s sort of tied into its dual curved screen design. Plus, the MINI Countryman will also be among the first cars to get iDrive 9, alongside the X1. So it will be interesting to see how MINI integrates the new tech into its cabin while still keeping its own brand design alive.

The 2023 MINI Countryman will share quite a bit with the BMW X1, a car we like quite a bit. So we’re excited to drive the big MINI, as it might be even more fun than the BMW version. We’ll see soon enough, as the Countryman will launch at the end of this year.