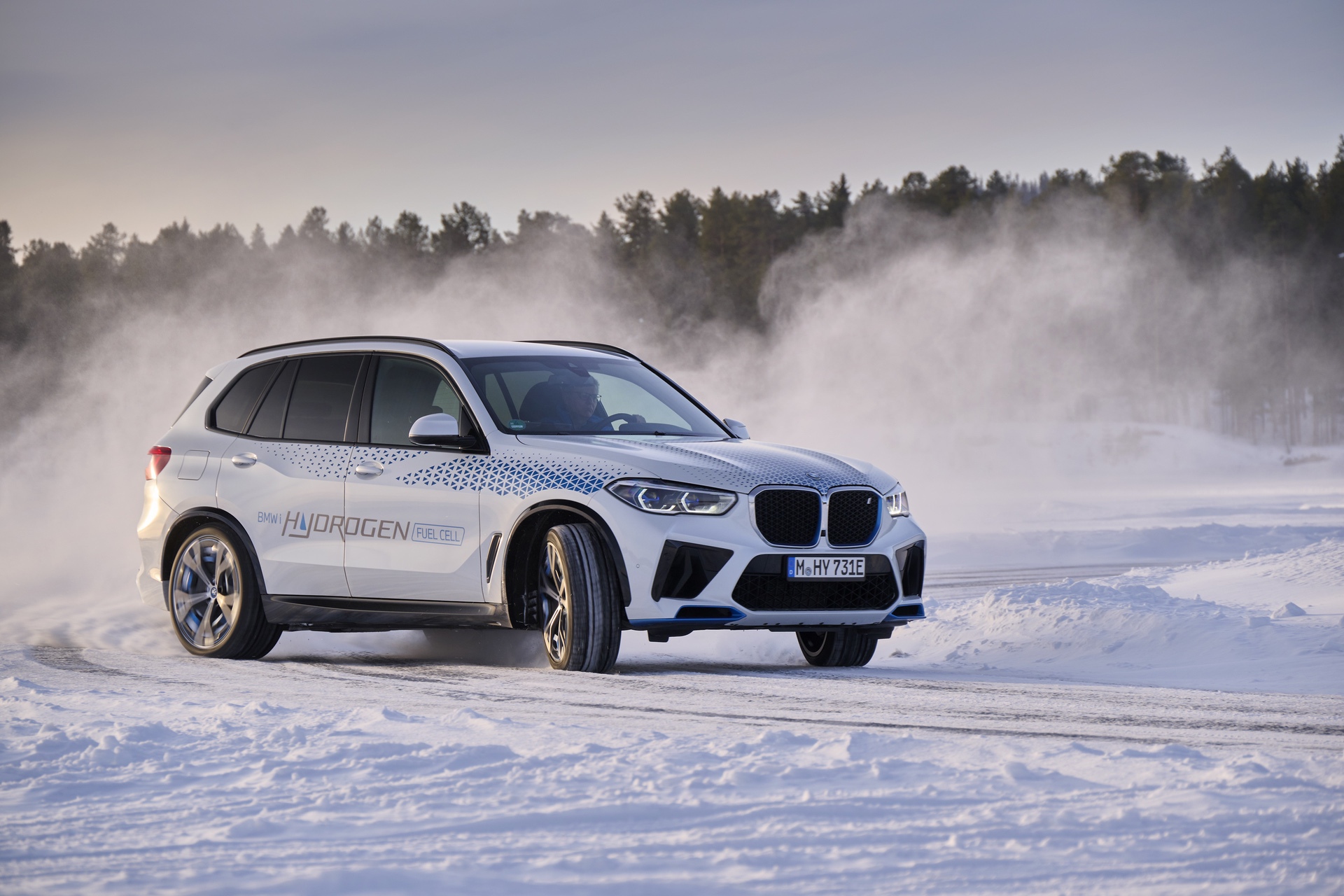 The people who are reluctant to believe hydrogen could become a viable source of energy for electric vehicles probably think BMW sounds like a broken record. Not a month goes by without the Bavarians talking about their efforts to improve fuel cell technology. The iX5 has now entered limited production and will be deployed as a technology demonstrator in early 2023. A series production hydrogen vehicle will go on sale before the end of the decade, according to company chairman Oliver Zipse.

But why does the company insist hydrogen has a future? In an interview with Motor1.com, the project manager for BMW’s hydrogen fuel cell program explained why it makes sense.  Thomas Hofmann realizes EVs with batteries will become the norm sooner or later. Consequently, he doesn’t expect hydrogen-fueled vehicles to become mainstream.

However, he argues “the customer should have the power of choice.” We’ve heard that motto before, referring to some models offered with many types of powertrains: gasoline, diesel, plug-in hybrid, and electric. BMW wants to add hydrogen fuel cell to that list for a certain segment of the market that would be interested.

“Maybe it gives us options to reach some customers when they need this mobility requirement.” Thomas Hofmann mentioned a hydrogen car would make sense in specific regions where the EV charging infrastructure is underdeveloped. Not necessarily just in terms of the number of stations available, but also as far as the charging power is concerned. Owners who don’t want to deal with long charging times might want a hydrogen vehicle since the refueling time roughly matches that of an ICE-powered car.

Ideally, those people will say: “”Oh, BMW offers me this option.”

However, the vast majority of the R&D budget is spent on battery-powered EVs, with a BMW spokesperson saying the money poured into hydrogen fuel cell technology represents “a drop in the bucket” by comparison. To keep costs down, the luxury brand teamed up with Toyota a few years ago to co-developed fuel cells. The Japanese brand is also experimenting with hydrogen-fueled combustion engines, much like BMW did with the Hydrogen 7 back in the mid-2000s.