BMW ended production of the E34 back in 1996 but the third-generation 5 Series is still very much alive among enthusiasts. We’re not necessarily talking about the top dog M5 since the lesser versions are still appreciated by fans of the Munich brand. This 1992 example painted in Calypso Red isn’t the fully fledged M variant and yet it outpunches the range topper by a significant margin.

It was originally a 525i without the variable valve timing but the owner decided to retrofit the VANOS. The key difference between a standard model and this custom build is the addition of a turbocharger for the M50 engine. Corroborated with quite a few other mods, the inline-six engine now makes 560 horsepower and 586 pound-feet (795 Newton-meters) of torque at the wheels. 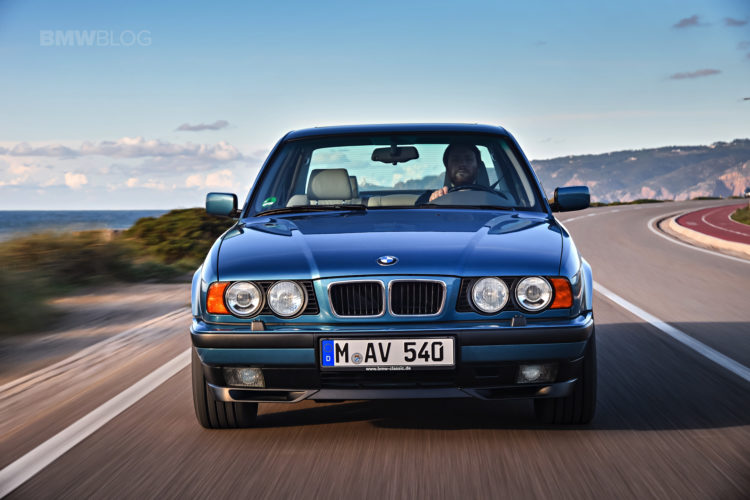 Even though the engine now puts out a lot more power than in stock form (189 hp and 181 lb-ft or 222 Nm), the cooling system has been left untouched. All that oomph is routed to the rear wheels via a ZF five-speed manual gearbox with a custom clutch kit and a limited-slip differential. As for the forced induction, it consists of a second-hand Precision 6262 turbo with a CXRacing E36 intercooler and some other tweaks.

The owner provides a full rundown of the changes his E34 has gone through over the years. He believes the turbocharged engine now makes roughly 650 hp at the crank, which is mighty impressive considering the M5 topped at 335 hp. The stopping power is provided by upgraded brakes taken from the E34 540i at the front while the rear retains the stock brakes behind those OZ wheels.

If you’re wondering how much money was invested in the car, the owner says turbocharging his 525i was approximately $15,000. That excludes the work done on the suspension, brakes, and other areas not related to the engine. It should be mentioned the car had other aftermarket parts before the build sheet was finalized with these components.