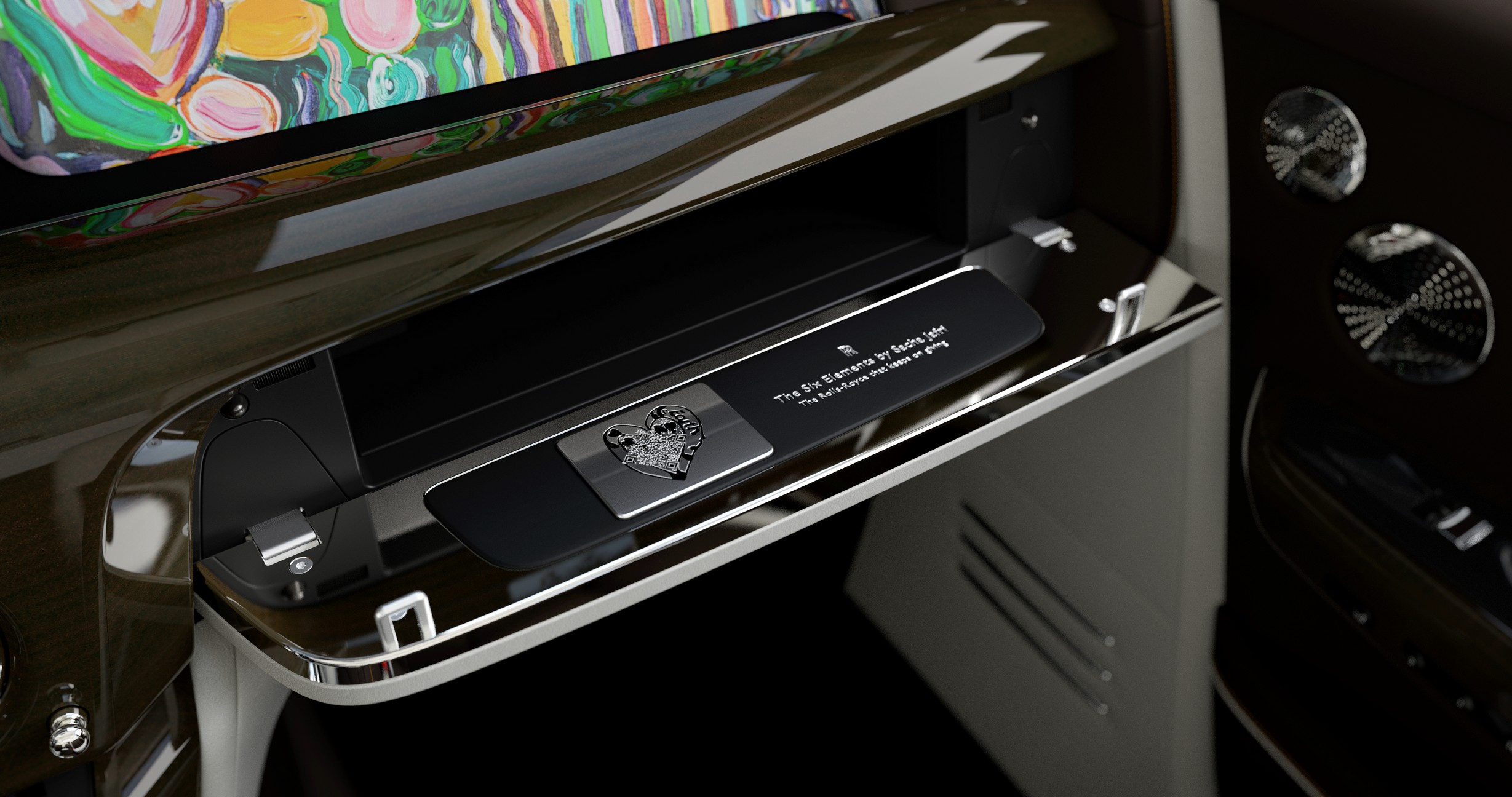 Well, that was quick. Just one week after announcing the “The Six Elements” lineup of six one-off Phantoms, Rolls-Royce is happy to report all have already been spoken for. Based on the mildly facelifted Series II version, the ultra-luxury sedan was commissioned by the company’s Abu Dhabi and Dubai branches in the United Arab Emirates.

What makes these cars stand out from the “mundane” Phantom is the uniquely painted “Gallery,” which is marketing speak for the uninterrupted glass enclosure on the passenger side of the dashboard. For “The Six Elements,” it has been painted by artist Sacha Jafri, who took inspiration from the earth, water, fire, wind, air, and humanity.

By fully allocating all six Phantom Series II cars, Rolls-Royce has raised more than $1 million for charity. In addition, the vehicles come bundled with a non-fungible token. Should the owner decide to sell the NFT, a royalty will be paid into a digital wallet dedicated to charity. Accessing the NFT will be done by scanning the QR code neatly integrated into the glove compartment of the stately sedan.

We only have a teaser for the time being, but Rolls-Royce will organize an event next month where it will unveil all cars part of “The Six Elements” lineup. However, we’re being told it will be a private event where the BMW Group brand is also going to announce the charities that have been selected to receive the $1 million.

By being based on the Series II model that came out earlier this year, it means the Phantoms come with an updated and backlit Pantheon Grille. It’s flanked by mildly reworked headlights with laser-cut bezel starlights for a bit more bling. It’ll be interesting to see if any of the six cars will get the retro-esque disc wheels and/or the fabric upholstery introduced with the car’s facelift.