The BMW M535i was the first M-badged 5 Series when it entered production back in 1980. There was no full-fat M version of the E12 as the first M5 arrived later on with the E28. The M535i was a rare breed as only 1,410 units were made in Germany split between 960 LHD and 450 RHD cars. For South Africa, a slightly different version was assembled from complete knock-down kits (CKD) shipped from Europe.

Only 1,416 units were made in SA, but this one is even rarer since it’s the M535i Lightweight of which just seven were produced. Jonny Smith from the Late Brake Show unearthed the M-badged unicorn together with the car’s owner Peter Harris. The latter purchased the vehicle 33 years ago and built this garage for it where it’s been sitting for the last 31 years. 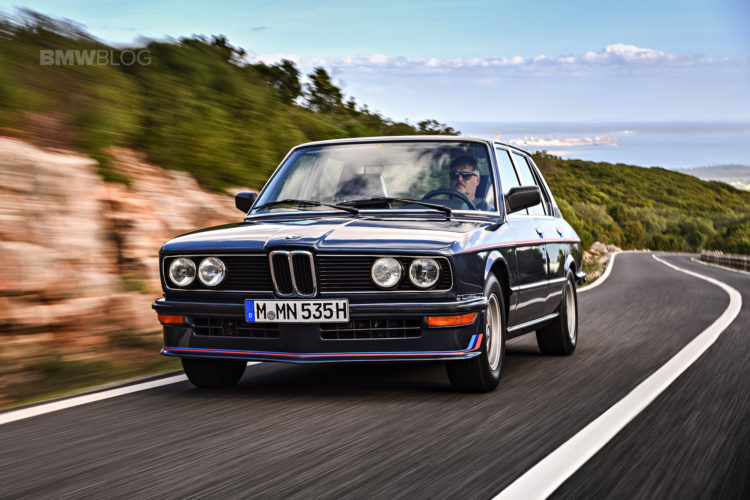 The owner goes on to explain he hasn’t seen the car in 12 years, so you can imagine he was pretty excited to check out his 1983 M535i after all this time. Being the Lightweight variant, it lost about 60 kilograms (132 pounds) compared to the regular model. It tipped the scales at only 1,470 kg (3,240 pounds) and had an interior that used several components from the newer E28 5 Series, including the door cards, instrument cluster, and parts of the dashboard.

At the heart of the M535i Lightweight was an M90 straight-six naturally aspirated engine making 215 horsepower and 310 Newton meters (228 pound-feet) of torque. Output of the 3.5-liter motor was delivered to the rear wheels via a five-speed, close-ratio Getrag gearbox with a dogleg first gear. It took a bit of work to get the engine up and running after being dormant for so many years, but we eventually get to see the M time capsule reversing out of the garage.

The owner has no intentions of selling his exceptionally rare homologation special with rear louvers. He also has a letter from BMW sent via fax in 1991 explaining what makes his M535i a Lightweight version.