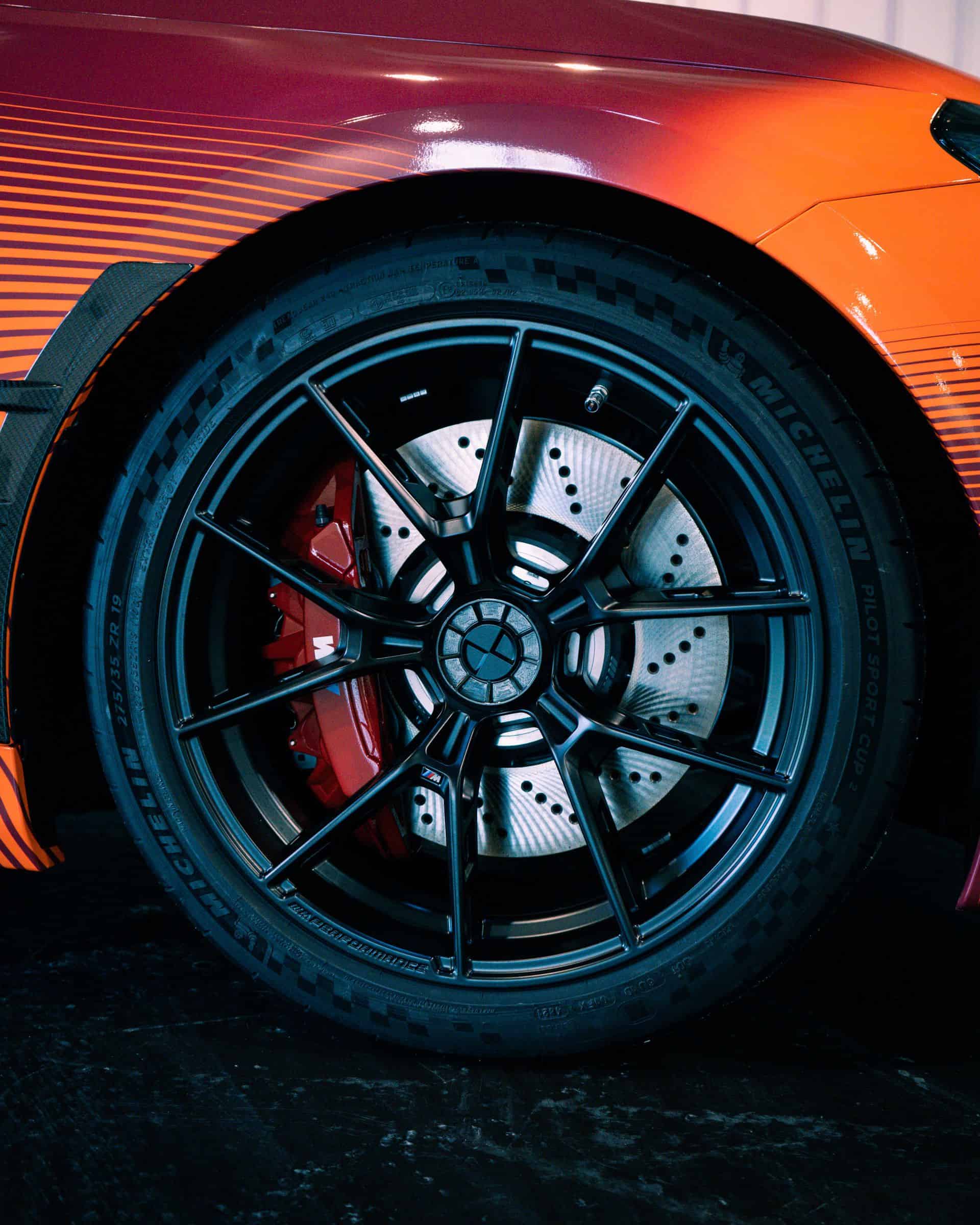 BMW has already showcased the new M2 with a plethora of M Performance Parts, but there are even more ways to customize the G87. To be publicly exhibited for the first time at the 2022 Essen Motor Show in early December, this wild-looking coupe has already arrived in Germany for a photoshoot. Decked out with all these extra bits, the car is undoubtedly eye-catching, although some would argue it’s a bit too much.

The great thing about M Performance Parts is that owners can pick only the ones they prefer rather than having to go for the full package. It would seem the M2 G87 will be the first BMW M car to get centerlock wheels, with the M3 Sedan (including M3 Touring) and M4 to follow suit in the near future. Chances are the ultra-exclusive 3.0 CSL debuting in November will also do away with the typical five-lugnut configuration.

With a flashy orange/burgundy exterior finish, a large M2 decal on the hood, and a plethora of carbon fiber add-ons, this wild build is guaranteed to generate a buzz at the Essen Motor Show. It happens to have the stacked exhaust tips mounted in the center of the aggressive rear diffuser. Also at the back, the large rear wing lends the compact coupe a muscular appearance.

The promo car likely depicts the most expensive M2 G87 build money can buy given the extent of the available customizations. It has the eight-speed automatic transmission, which comes as standard in Germany where the six-speed manual costs an extra €500. Pricing for the second-generation M2 begins at just under €73,000, but this one is likely closer to six figures once you factor in all the M Performance Parts and the regular optional equipment. 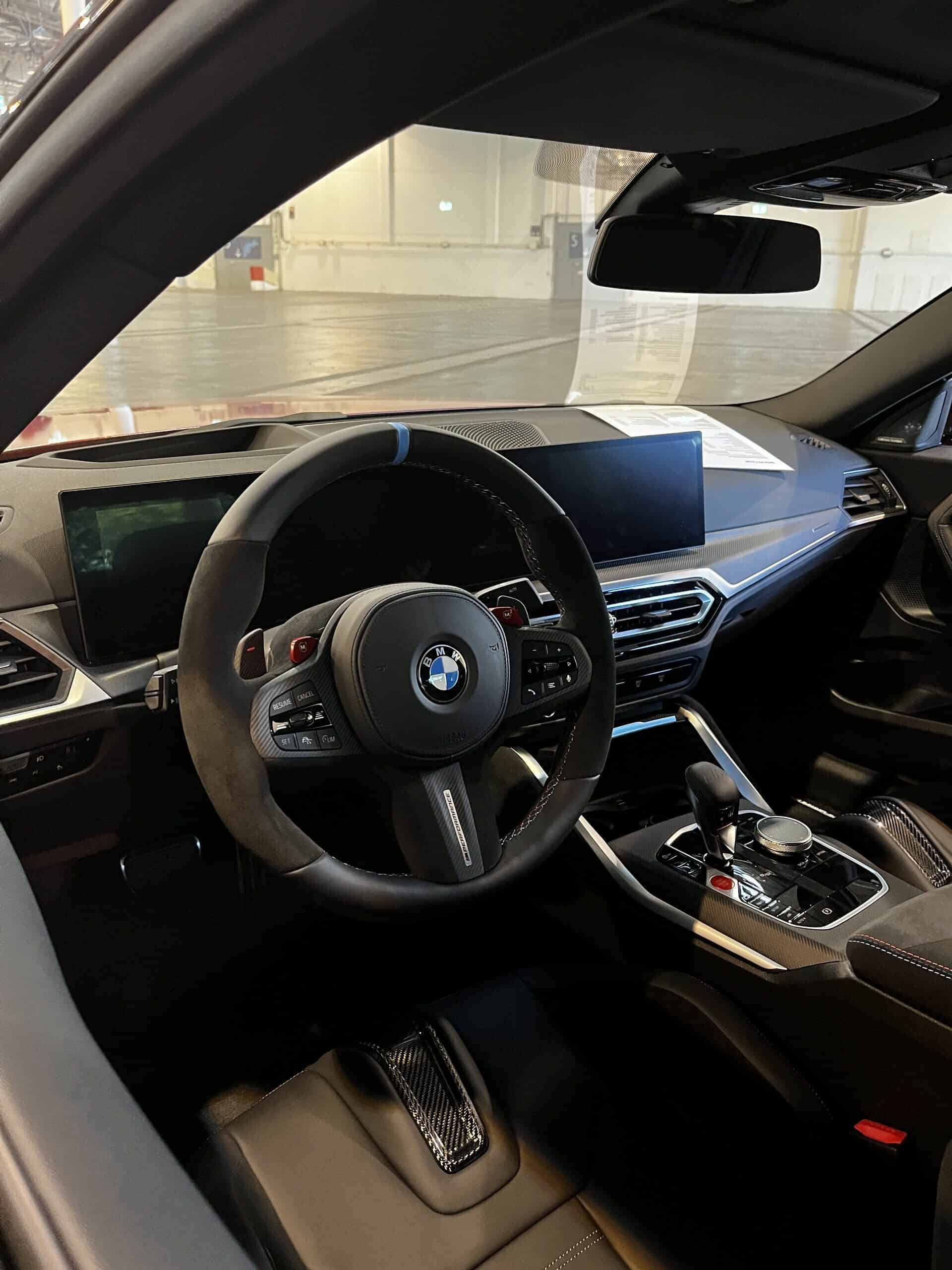 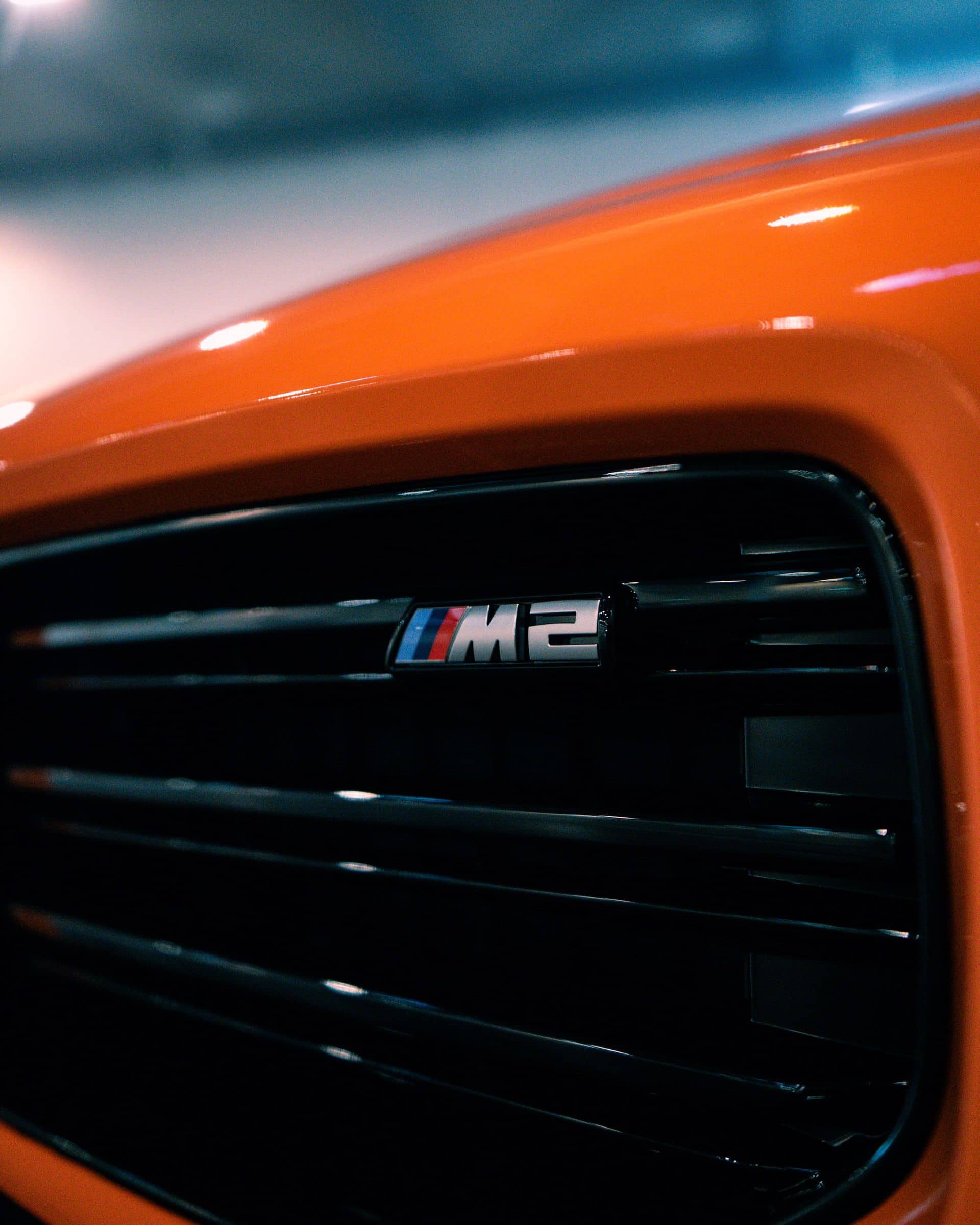 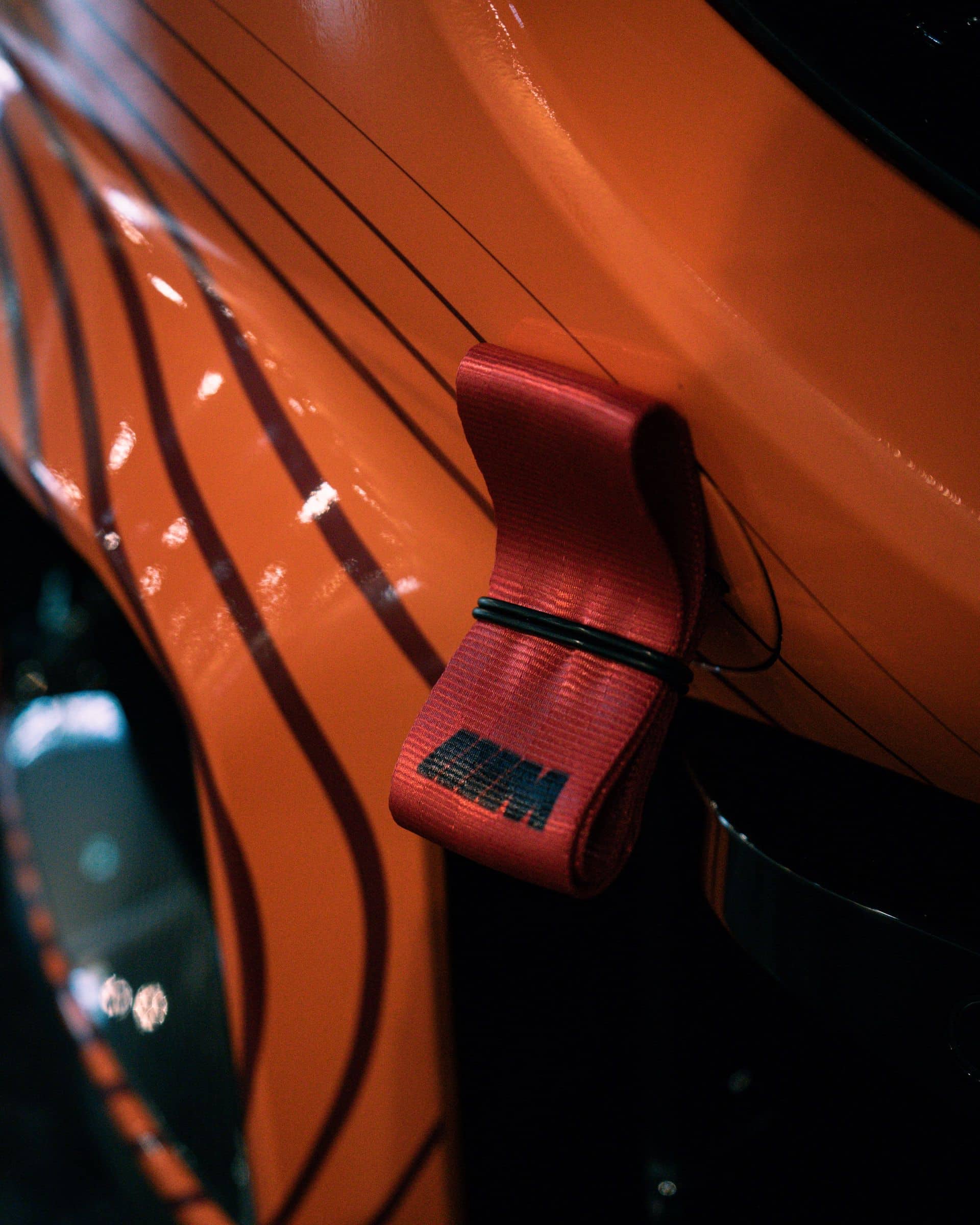 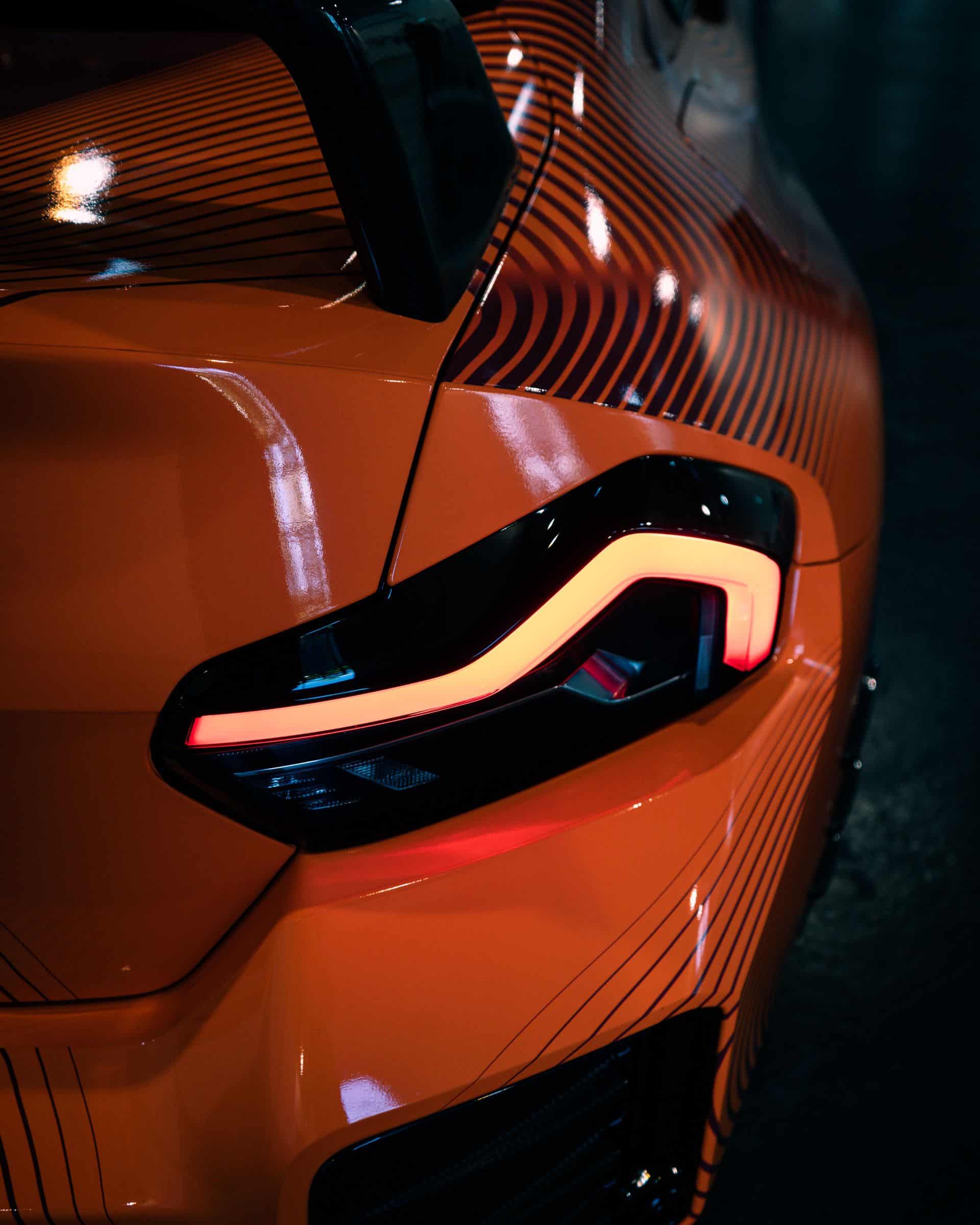 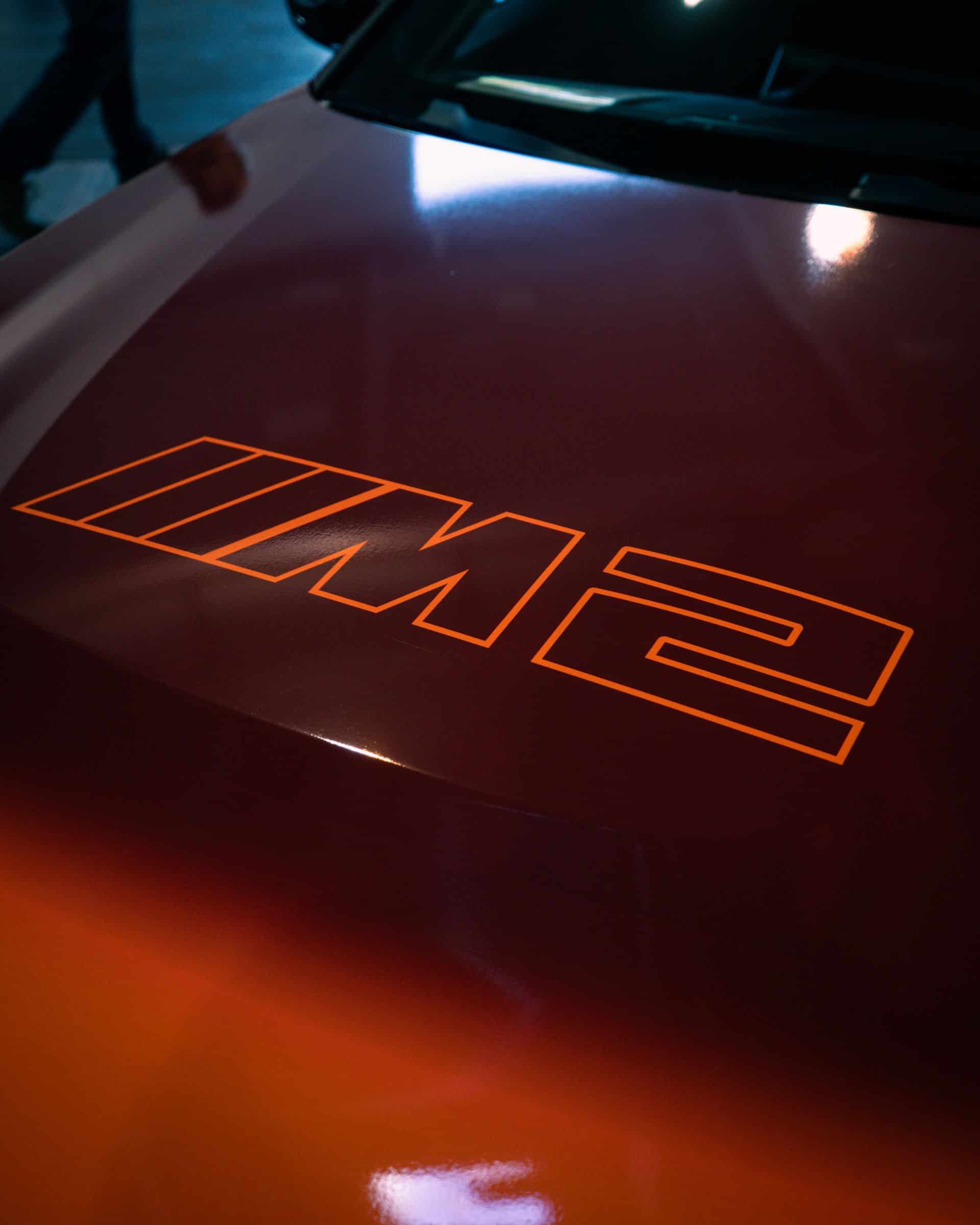 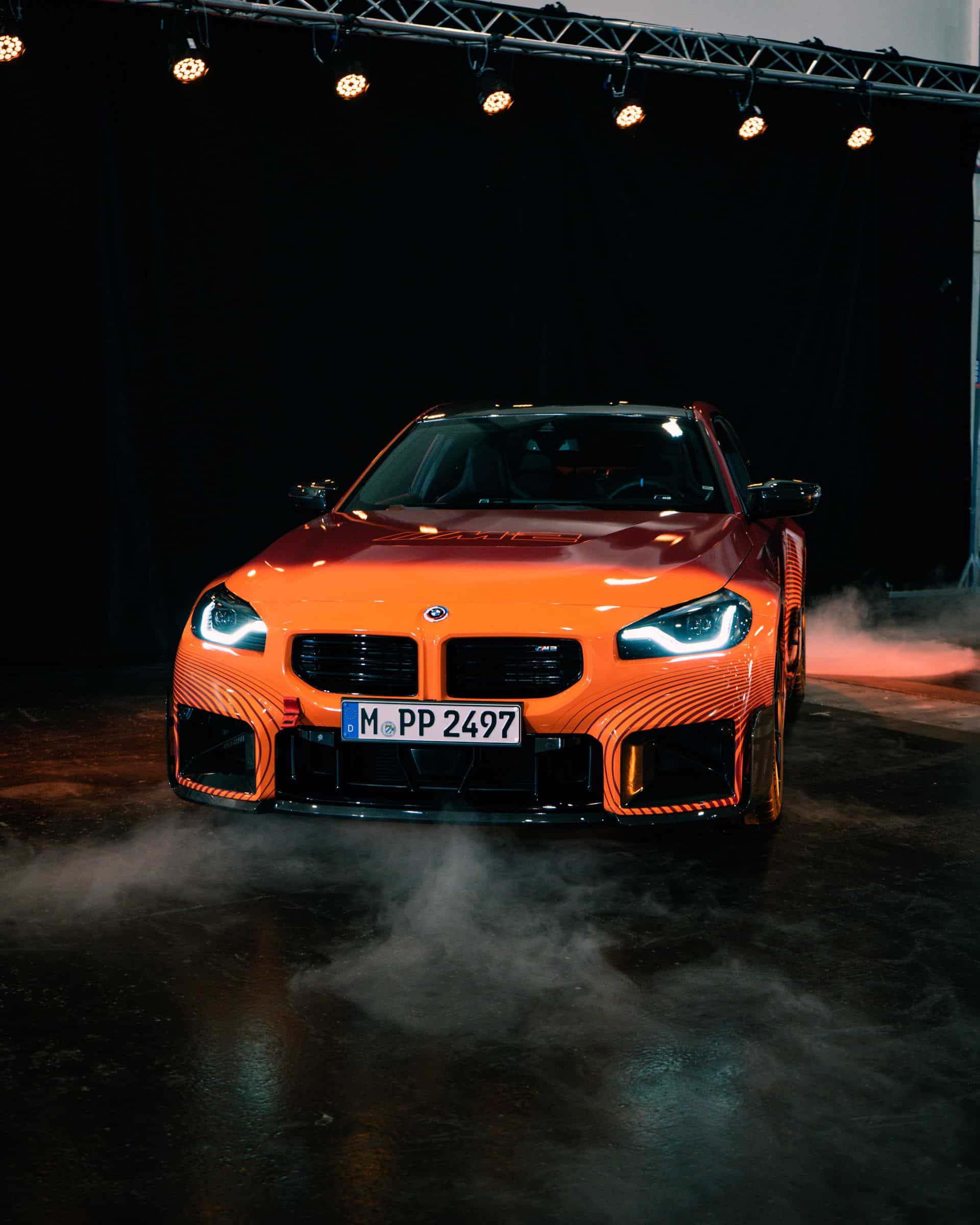 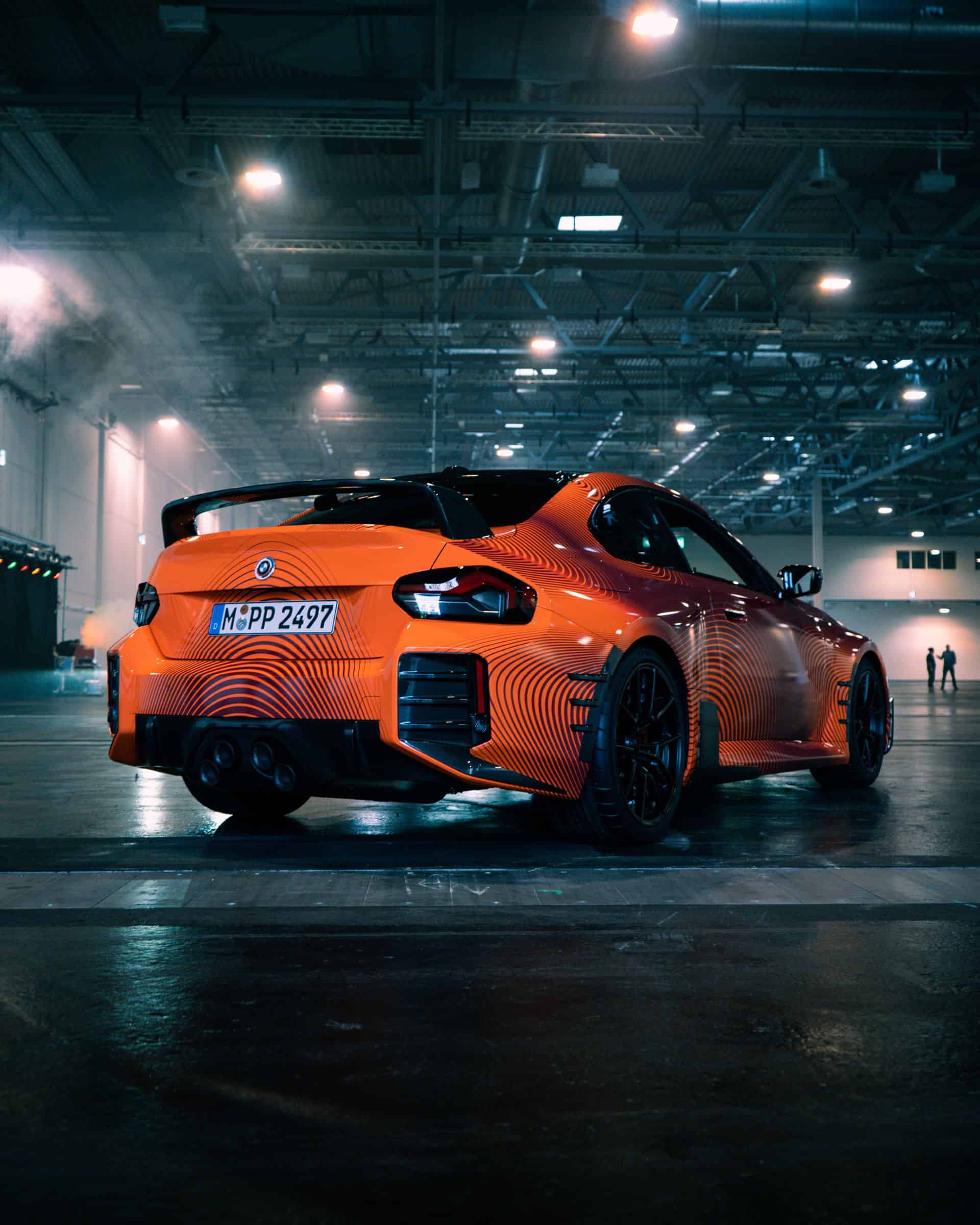