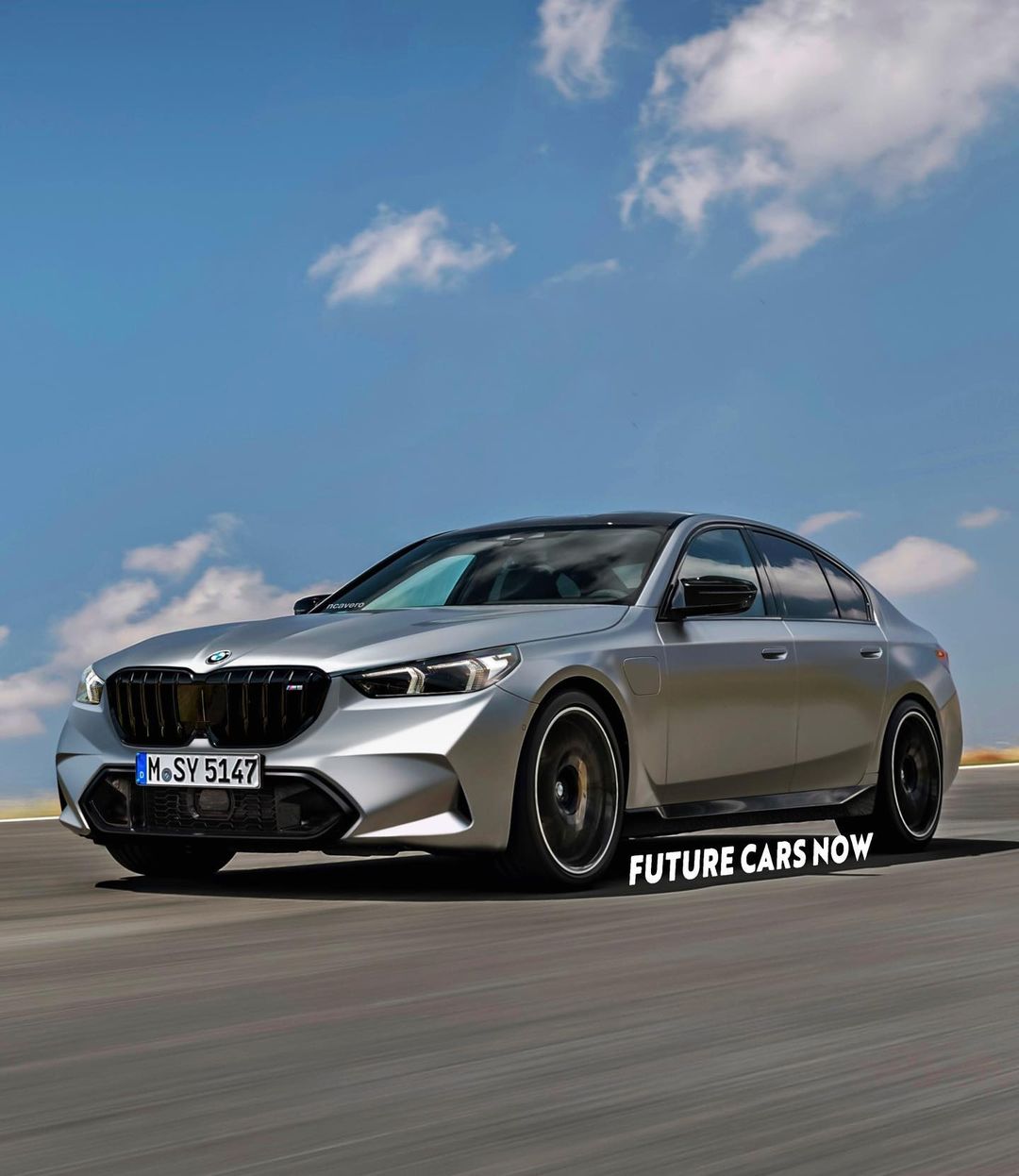 Arguably one of the prettiest BMWs on sale today, the 5 Series is preparing for its eighth generation due to arrive at some point next year. That means the M division is working on a new M5, which we have spotted repeatedly testing on the Nürburgring. Although the prototypes were fully camouflaged, the extra fuel cap on the front fender on the driver’s side was visible, thus revealing the super sedan’s electrified nature.

BMW has already confirmed the next M5 will be a plug-in hybrid, meaning owners will be able to drive it over short distances without sipping any fuel. The XM from where it’ll borrow the hardware can do 55 miles (88 kilometers) on a single charge per the WLTP cycle, but the high-performance saloon could travel farther since we believe it’ll be considerably lighter.

As for the design, even though the prototypes were disguised, it seemed obvious BMW doesn’t intend to overhaul the M5’s styling. By extension, the regular 5 Series and the fully electric i5 will not get the controversial look of the larger models with their split headlights and oversized kidney grilles. A new speculative rendering of the range-topping model attempts to predict what the swirly camo was hiding.

It will get the new flush door handle design and iDrive 8 we’re seeing on more new BMWs, but overall, the G90 as it’s known internally won’t rock the boat. The best thing about the new M5 will be the addition of a wagon – only the third M5 Touring after the short-lived E34 and the bonkers E61 with its naturally aspirated V10.

Indeed, M boss Frank van Meel said this week we should keep our eyes peeled for an M5 Touring (G99) prototype on the Nürburgring. Better yet, he strongly suggested that if approved, it’s going to be sold in the United States where the M3 Touring launched earlier this year is sadly not available. The M5 duo will employ the “S68” V8 engine. In fact, rumor has it the M5 will be the only version of the 5er to have an eight-cylinder engine as BMW intends to drop the M550i xDrive.

Following next year’s launch of the regular 5 Series gasoline, diesel, and plug-in hybrid models along with the electric i5, the spicy M5 Sedan and Touring are expected to arrive in the latter half of 2024.