Top 10 Strangest BMWs Ever Made

Home » Top 10 Strangest BMWs Ever Made 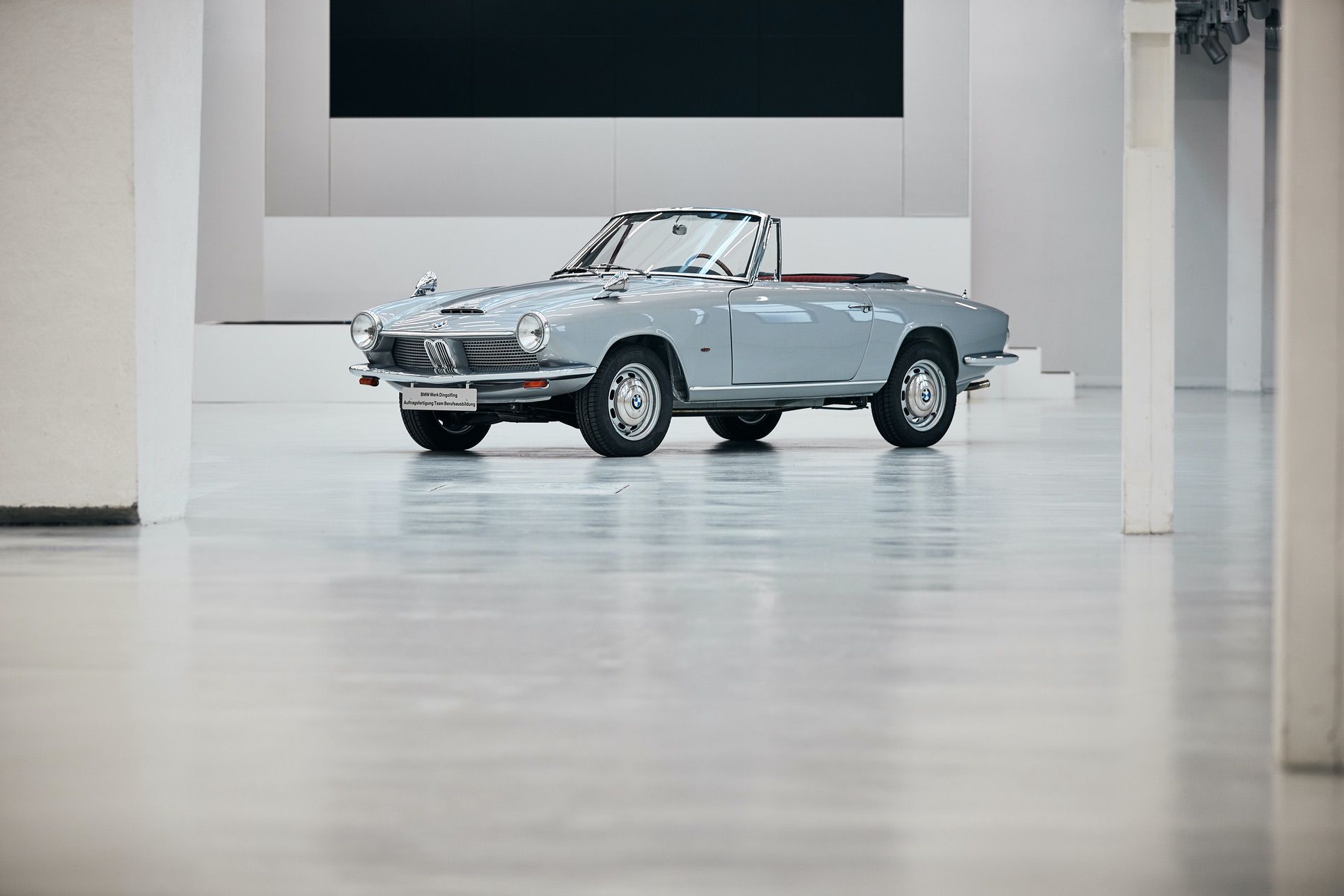 Saying that BMW has a distinctive design and reputation amongst its competitors could be considered an understatement. For decades, the Munich-based automaker carefully crafted its signature style and features, and perfected the art of driving dynamics. The legendary kidney grille and famous Hofmeister kink transcended the limits of the car world and became globally recognizable design details that everybody knows. Just like the high-revving engines, you get also get a perfectly sorted chassis, and unmistakable driving experience.

However, despite the fact that massively popular and typical models created BMW’s ethos, the rich history of this company hides many exciting and obscure gems which also helped establish the legend. Today, we will tell you more about those cars. Forgotten BMWs that feature strange designs, unusual drivetrains, or technology are not considered mainstream products. Some saw limited production while others were mass-produced, but the common denominator is that all strayed from the well-known concept of what BMW is and what it should be. Here are the top 10 strangest BMWs ever made. 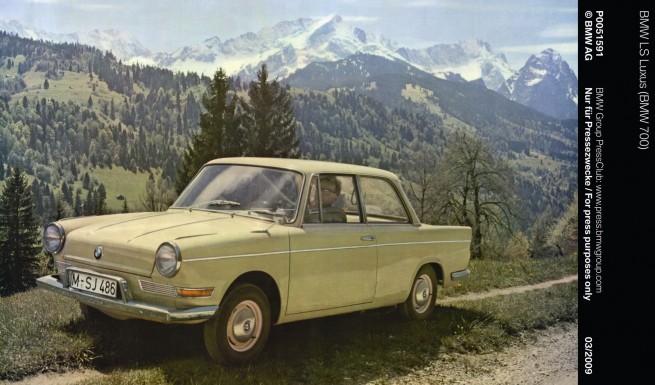 The BMW 700 is one of the unsung heroes of BMW’s past, which helped the company survive the financial turbulence of late ’50s and early ’60s. It was presented in 1959 and featured several strange details, from its front end without the characteristic BMW kidney grilles to its engine, which was positioned in the back. Designed by Giovani Michelotti, the 700 proved to be a pretty successful model selling almost 190,000 copies and helping BMW stay afloat. The unusual drivetrain proved to be dynamic and the BMW 700 had a notable racing career despite being powered by an enlarged motorcycle engine in flat-twin configuration with only 697 ccm and 40 hp. 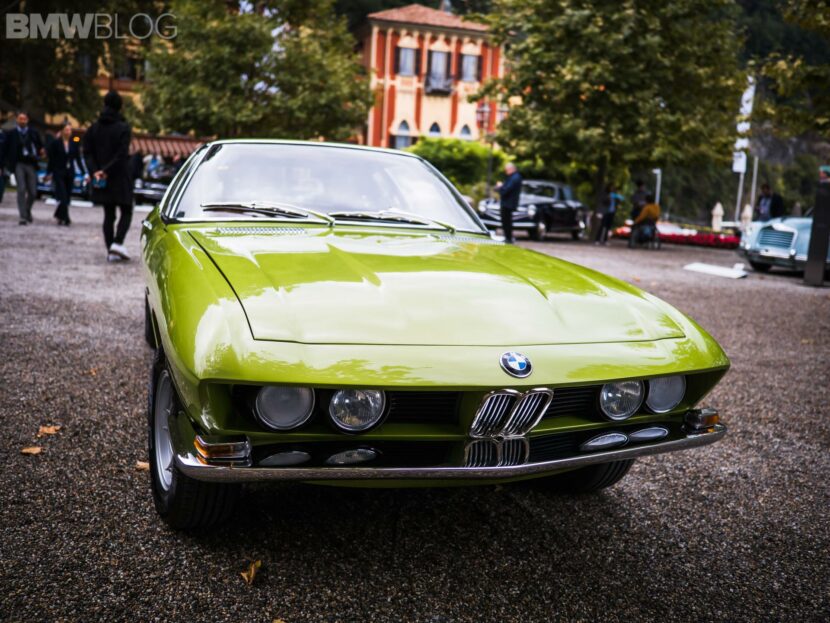 In the late ’60s, BMW was interested in reinventing its design language and considered several directions. Pietro Frua, one of the period’s most popular freelance car designers, was given a chance to envision the future of BMW styling. Therefore, he created a unique model based on the E9 chassis. The result was the BMW 2800 GTS, a luxurious gran Turismo coupe that looked more like an American muscle car than a Bavarian cruiser. The sharp front-end and fastback profile were popular at the time but not something usually connected with BMW aesthetics. Even though it was undoubtedly a striking car, the BMW board decided that the 2800 GTS wasn’t a good idea, and it remained a one-off creation. Yet, still looks fantastic decades later. 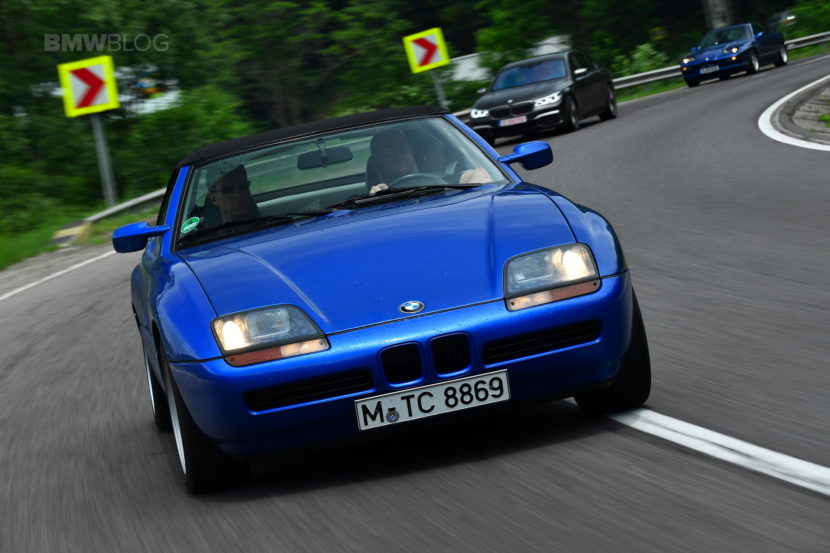 Proof that BMW was not afraid to experiment is the Z1. The first BMW roadster after the legendary 507 and the first Z-car, it was introduced in 1987. Mechanically, it was pretty ordinary with the engine and the drivetrain borrowed from the E30 325i. However, the rest of the car was rather strange, even by today’s standards. The sleek convertible body featured removable thermoplastic panels, the car’s underside was completely flat to improve aerodynamics, and rollover protection was integrated into the windshield frame. But the real party piece was the doors. BMW patented a unique system that retracted the doors vertically into the sills. The Z1 was sold in limited quantities and selected markets. The production ceased in 1991 after 8000 copies.

After the BMW M1 failed to sell in significant numbers, the company was very cautious about building another supercar. However, they produced a minimal run of Nazca C2s, which is now considered the biggest “what if” in the history of BMW. This gorgeous car was designed by Italdesign and debuted in the early ’80s with a 5.0-liter V12 engine, specially tuned by ALPINA. With 345 hp on tap, low weight, and a wedge-shaped aerodynamic body, Nazca could top 300 km/h (190 mph), which made it one of the fastest cars of the era. Unfortunately, the company canceled the project after only three cars, two coupes, and one spider (roadster). 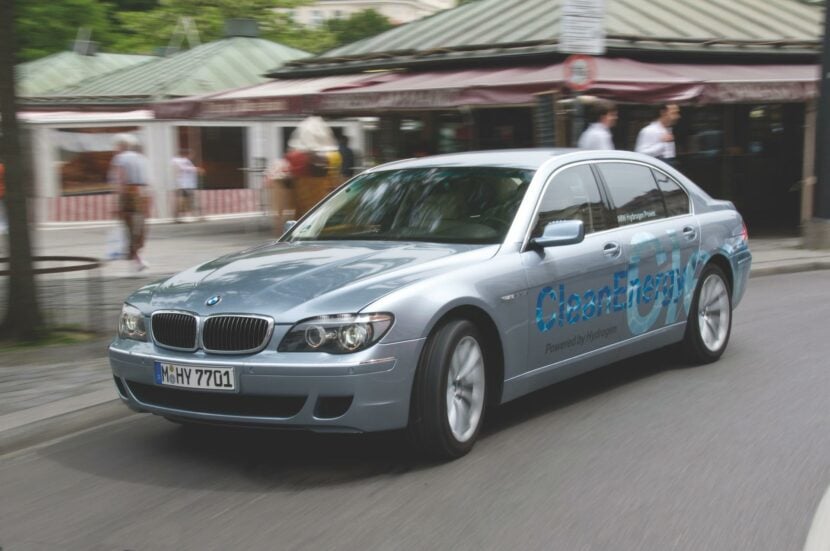 As BMW is getting ready to re-introduced fuel cell technology in 2023 iX5 Hydrogen, let’s remember where it all started. The hydrogen powertrains were developed by BMW long before the car industry started pushing for environmentally friendly vehicles. In 2005, BMW introduced the Hydrogen 7 based on the 760Li model and featured two tanks: one for hydrogen and one for gasoline. The 6-liter V12 engine under the hood was modified so that it could use both fuels.

Unfortunately, the efficiency the car had on hydrogen was extremely low, returning about 5.6 mpg (50 l/100km) on average, mostly due to the difference in energy density between petrol and hydrogen. Even so, the green character of the car was evident as CO2 emissions were eliminated completely. The production lasted two years, and only a hundred Hydrogen 7s were delivered.

Everybody’s favorite micro car, the BMW Isetta, is also one of the strangest models ever produced by this company. However, this tiny car didn’t start its life as a BMW. It was originally built as Iso Isetta in Italy, and BMW bought a license to produce it under its name. Interestingly, Bavarians almost completely redesigned the little car with its motorcycle engine and several drivetrain improvements and design improvements. The Isetta became a part of the BMW lineup in 1955 and helped the company survive the harsh economic reality of the period. It wasn’t the fastest or the most desirable of the cars from the era, but it played a pivotal role in the survival of this brand. 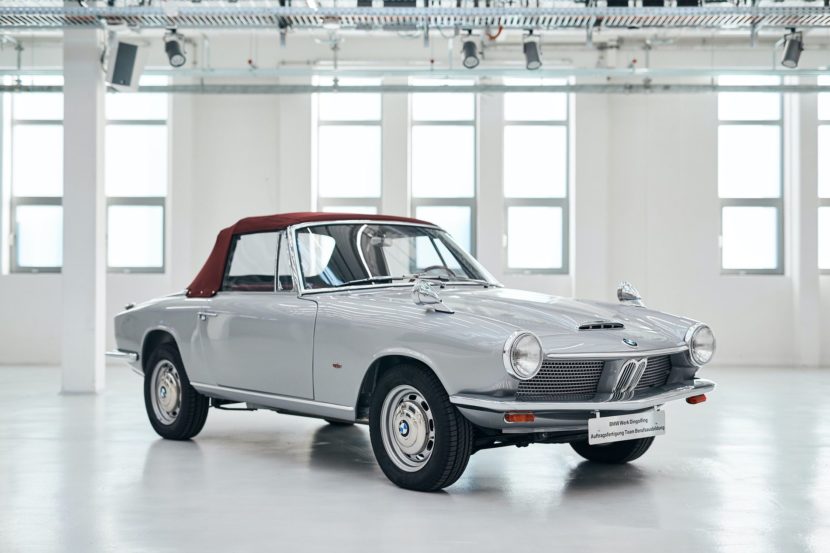 This little gem has a similar story as Isetta. It debuted in 1963 as the Glas 1300 GT, a product of a small and defunct German company. In 1966, BMW bought the Glas and took over its production facilities and model lineup. The 1300 GT seemed promising, so BMW redesigned it to accommodate the M10 1.6-liter four-cylinder from Neue Klasse along with the gearbox and independent rear suspension. The result was BMW 1600 GT, a sporty coupe with dynamic performance and great styling. Unfortunately, the BMW 1600 GT didn’t prove as popular, and only about 1300 cars were completed until 1968, when production stopped. 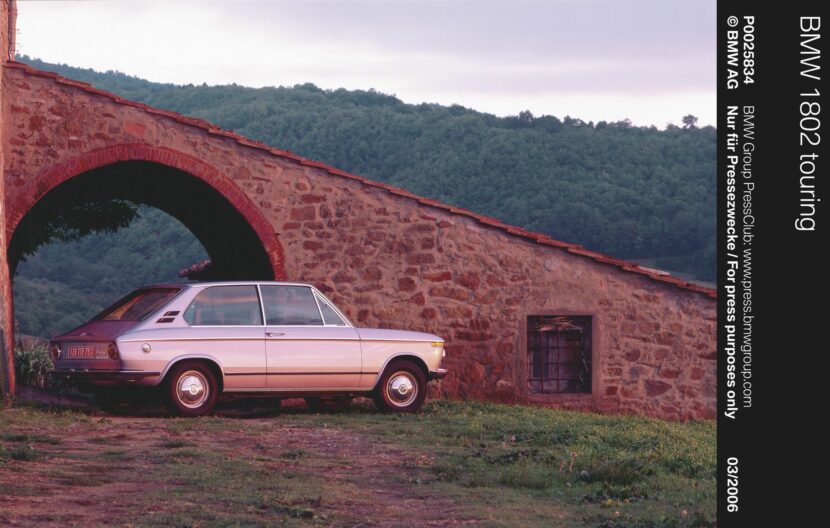 Conventional wisdom taught us that the first hot hatch was the 1976 Golf GTI Mk1. But this is not true because in 1971, BMW introduced a three-door hatchback with a high-performance fuel-injected engine and performance that could leave Mk1 GTI in the dust. The 2002 Tii Touring was a hatchback version of the venerable 02 platform, which received a performance update in the form of a 2.0-liter four-cylinder with 130 hp, courtesy of the Kugelfischer fuel injection system.

This strange body shape wasn’t as popular as the standard two-door sedan, but it is considered the perfect balance between sporty performance and practicality. The production lasted only three years, and just over 5000 were built. So, next time somebody mentions that Volkswagen made the first hot hatch, you can use this car as proof they are wrong. 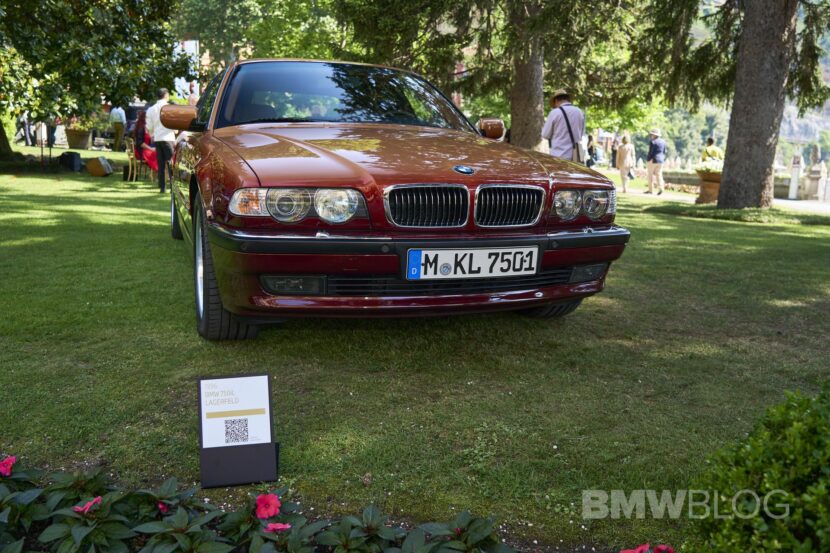 The BMW 7 Series was always considered an upscale and elegant sedan for customers who preferred being behind the wheel rather than in the back seat. In 1998, BMW offered an exciting and unusual version called L7 which featured an extended wheelbase by 25 cm, additional room in the back, and luxury features not available in the standard model. It was only sold with a mighty V12 engine and aimed at particular buyers in Europe, Asia, and the Middle East. The production stopped in 2001 after less than 900 were built. One of them was owned by renewed fashion designer Karl Lagerfeld.

Those who know the history of BMW will recognize the Karosserie Baur name. This small body shop from Stuttgart was the go-to BMW’s coachbuilder for the better part of the 20th century. Baur produced numerous BMW convertibles, Targa tops, specialty models, and a very unusual four-door Cabrio based on E36. The TC4 started life as a regular 3 Series sedan but became a strange Landaulet-type open-top model after treatment at Baur’s facilities. The conversion was ordered straight from the BMW dealership, and was available on any E36 3 Series sedan. Understandably, TC4 commanded a hefty premium over the regular model, and due to its strange appearance, only 310 customers decided to purchase it.

[Some photos provided by BMW and BMW Classic]