BMW has refrained from introducing the i3 Sedan globally by deciding to build and sell the CLAR-based electric saloon exclusively in China. The rest of the world gets the 330e as a plug-in hybrid version with or without all-wheel drive. A new video puts the spotlight on the partially electrified sports sedan, seen here with xDrive but without the optional M Sport Package.

The car has arrived at a BMW dealer in Canada wearing a Melbourne Red paint while featuring all of the changes the gasoline and diesel versions of the 3er have received. Exterior modifications are not immediately obvious, but the 330e does have the sharper-looking headlights introduced with the Life Cycle Impulse along with mildly redesigned bumpers. In addition, there’s a shiny new badge on the charging port cap to denote it is part of the “i” lineup. 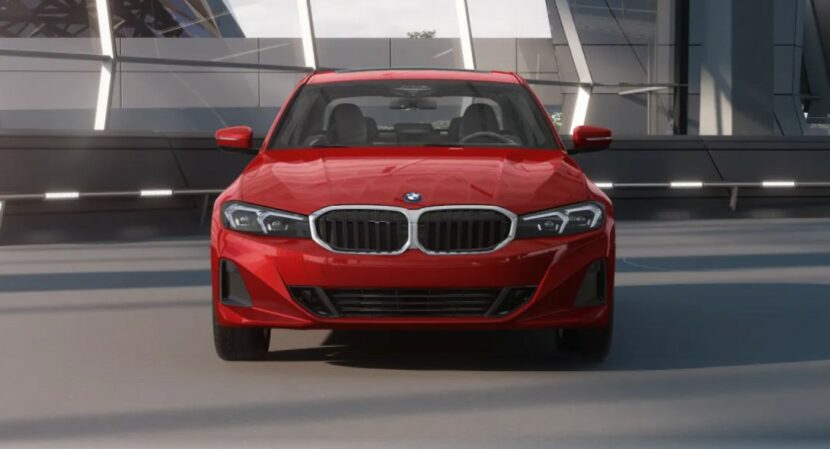 The facelifted model reveals its biggest novelty once you hop inside where some will like the dual-screen setup while others will criticize it for not being integrated into the dashboard anymore. As we’ve seen on recent BMWs, the center console has been simplified by deleting the physical buttons and knobs for quickly accessing the climate settings. Going forward, these will be integrated into the 14.9-inch touchscreen.

The 320e and 330e can be seen as stepping stones to a purely electric 3 Series sold internationally from the middle of the decade. It won’t be related to China’s i3 as it will sit on the dedicated Neue Klasse platform, promising a 30% increase in range and charging speed.