Is Now the Perfect Time for a BMW Z4 Clownshoe Remake?

Home » Is Now the Perfect Time for a BMW Z4 Clownshoe Remake? 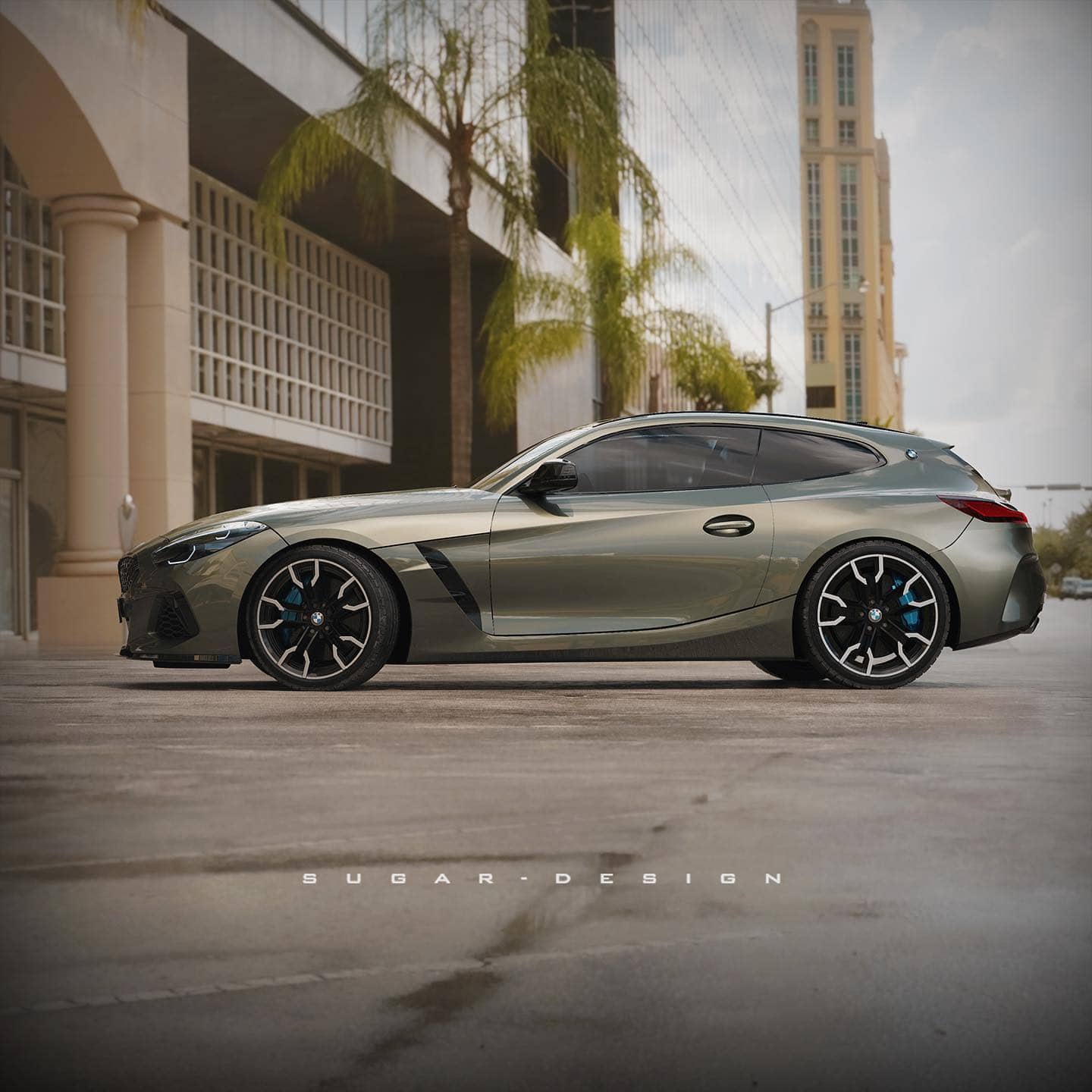 This current generation of BMW Z4 is a criminally underrated sports car. It isn’t perfect by any means, and it certainly has its flaws, but it’s so much more fun than it gets credit for. That lack of credit means a lack of sales and a lack of sales means there won’t be another generation of Z4. Since this is the last Z4, it would be awesome if BMW sent it out with a bang and what better way to do it that to bring back the Clownshoe?

We’ve seen many BMW Z4 shooting brake renders over the years, but the one we saw recently comes at an interesting time. It comes hot on the heels of the news that BMW will be bringing a manual Z4 to market, proving that the Bavarians do want to give the Z4 a fitting ending. The manual Z4 is going to be a seriously fun little car and we’re incredibly happy to see that it’s coming but my main question is: why stop there?

This is going to be the last chance BMW has to remake the Clownshoe—the original BMW Z3 M Coupe—which was one of BMW’s most beloved sports cars of its time. Even with its absurd looks, fans still love the Clownshoe, which proves just how exciting of a package it is. If BMW does ever make another small sports car like the Z4, it will be all-electric. So this is the end of the line for a real-deal Clownshoe remake.

Will BMW make such a car? I’ll never say never, just to cover my ass, but I’d be willing to bet a shockingly large percentage of my money that BMW doesn’t even consider making a new Clownshoe. Does that mean we can’t dream? Of course not. A BMW Z4 shooting brake that looks like the car in this render, with a B58 turbocharged I6 up front, a manual gearbox in the middle, and rear-wheel drive would be a sensational machine and a BMW enthusiast’s dream.

If there was ever a time to make something weird and fun, for the sake of doing something weird and fun, it would be now. BMW’s already giving the Z4 a manual transmission toward the end of its life cycle and it’s the 50th anniversary of BMW M. So why not make another special M Performance car, like a BMW Z4 M40i Coupe, to give fans the return of the Clownshoe.?