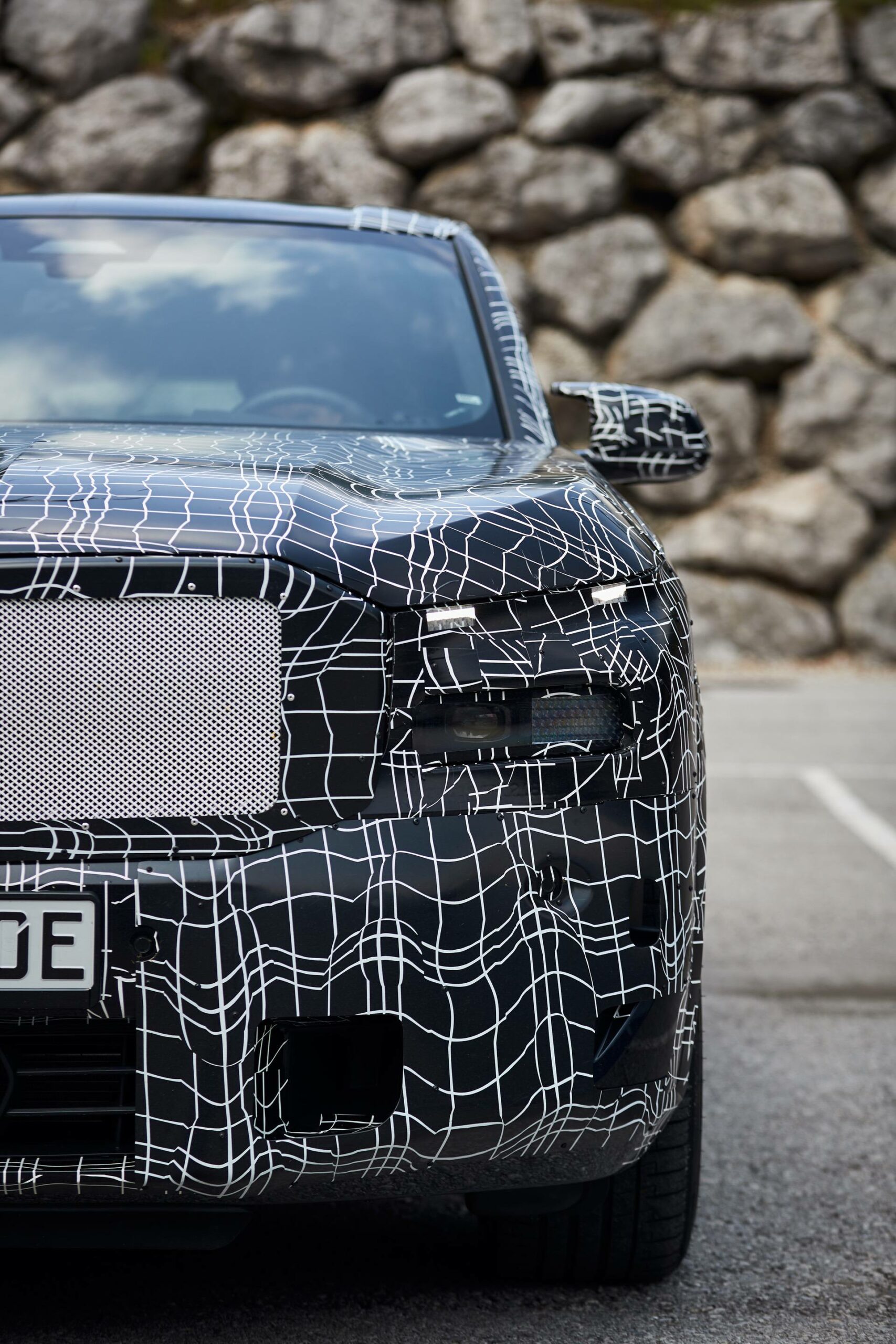 We’re inching closer to the reveal of the BMW XM production car. Thus far, we’ve only seen the concept car and its looks have been controversial at best. If you’ve been hoping that the production version would look different from the concept, these new spy photos from Redditor silent_farter (can you imagine Walter Cronkite siting a source named silent farter? I love this job) show that it’s likely going to look the same.

A look at the interior design

In the photos, you can see the BMW XM wearing full camouflage in a parking lot in Malibu. Despite the car wearing heavy camouflage, you can tell it’s the XM from a couple of key details. For starters, you can see the enormous kidney grille up front and split headlights. You can also see the quad stacked exausts out back. Judging by the exhausts, and its simply enormous rear tires, this is likely the higher performance 750 horsepower version.

Whoever’s testing this XM must have used it for some family time, as you can see a couple and at least one child, with a stroller for a smaller child, getting out of the car. The trunk is also filled with random stuff. But because this quick-thinking spy snapped some photos while the family was unloading, you can see some of its interior.

Up front, the BMW XM gets the same steering wheel as every other BMW, a familiar looking iDrive 8 setup, and air vents that look similar to most current BMWs. The XM is supposed to be a special car but its interior doesn’t look very special, from what we can see. The front seat backs look cool and the rear bench seat has a similar pattern to that of the iX. It also seems to have an unusually colored headliner, but that could just be the lighting of the photo. While the interior doesn’t look bad so far, it doesn’t exactly look special. A car that will cost as much as the XM, and is supposed to be be a special car developed almost entirely by the M Division, it shouldn’t have an interior that looks like a mildly upgraded X5 M’s. Hopefully it leans more toward XM than X5 M.

The BMW XM will eventually be revealed either toward the end of this month or in the beginning of October. So it won’t be too long before we’re looking at the real deal XM. For better or worse.