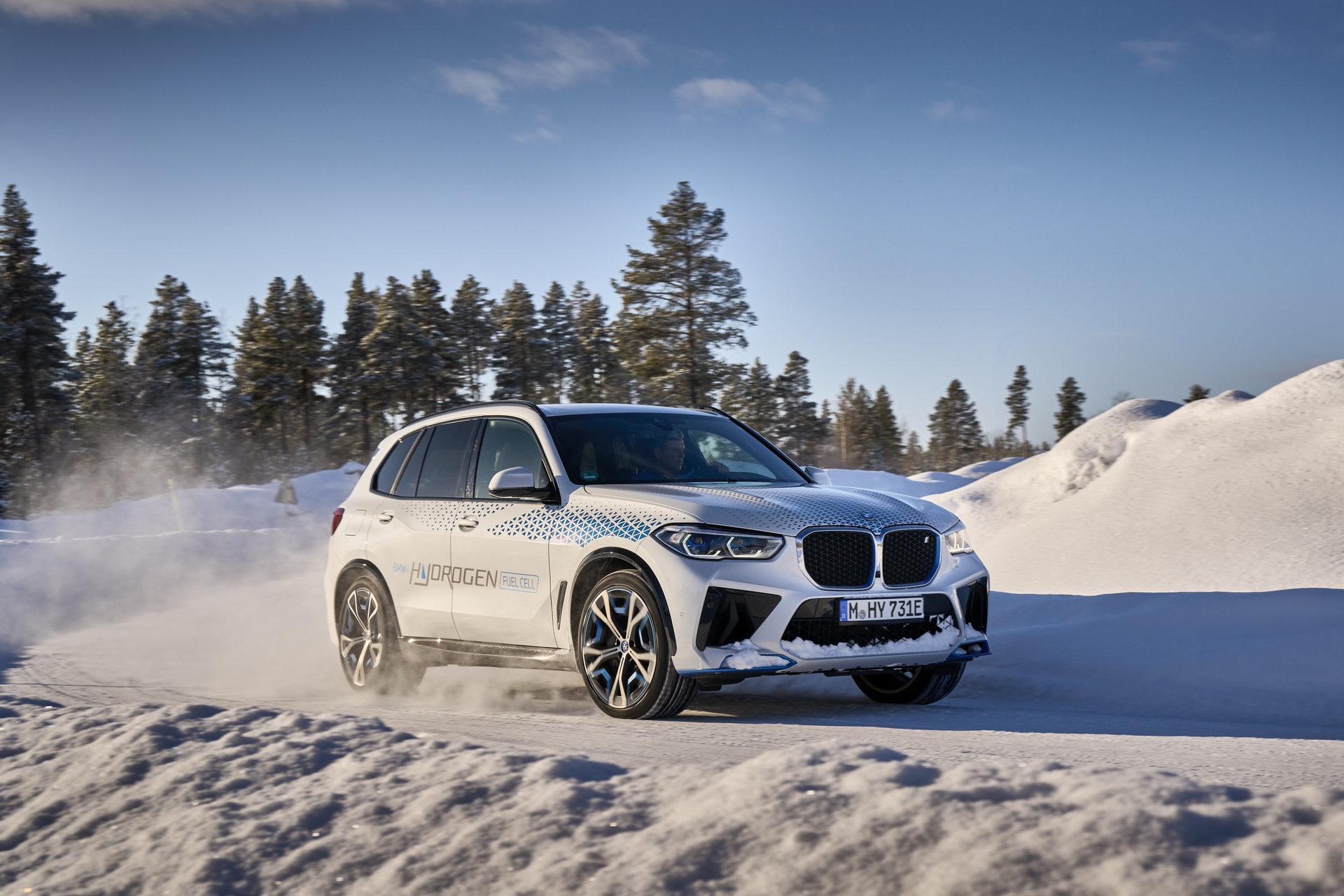 BMW is moving forward with its fuel-cell plans. Today, the Munich-based automaker announce that it will begin the in-house production of fuel cells for BMW iX5 Hydrogen in Munich. BMW also says that testing trials for the BMW iX5 Hydrogen will kick off this year. The small fleet of hydrogen-powered SUVs will be used for test and demonstration purposes.

“As a versatile energy source, hydrogen has a key role to play on the road to climate neutrality. And it will also gain substantially in importance as far as personal mobility is concerned. We think #hydrogen-powered vehicles are ideally placed technologically to fit alongside battery-electric vehicles and complete the electric mobility picture,” said Oliver Zipse, Chairman of the Board of Management of BMW AG, in Munich on Wednesday. “By commencing small-scale production of fuel cells today, we are demonstrating the technical maturity of this type of drive system and underscoring its potential for the future.” 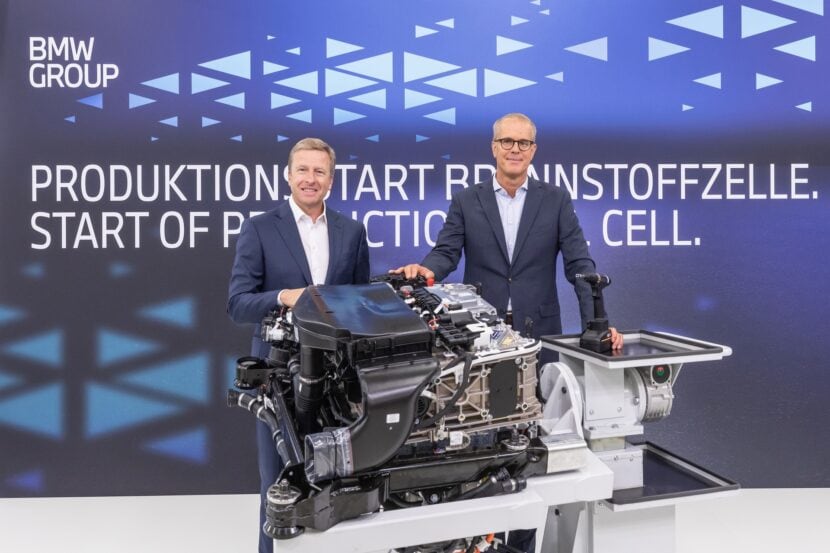 “Our many years of research and development work have enabled us to get the very most out of hydrogen technology,” added Frank Weber, Member of the Board of Management of BMW AG, Development. “We have managed to more than double the fuel cell’s continuous output in the second-generation fuel cell in the #BMW iX5 Hydrogen, while weight and size have both decreased drastically.” 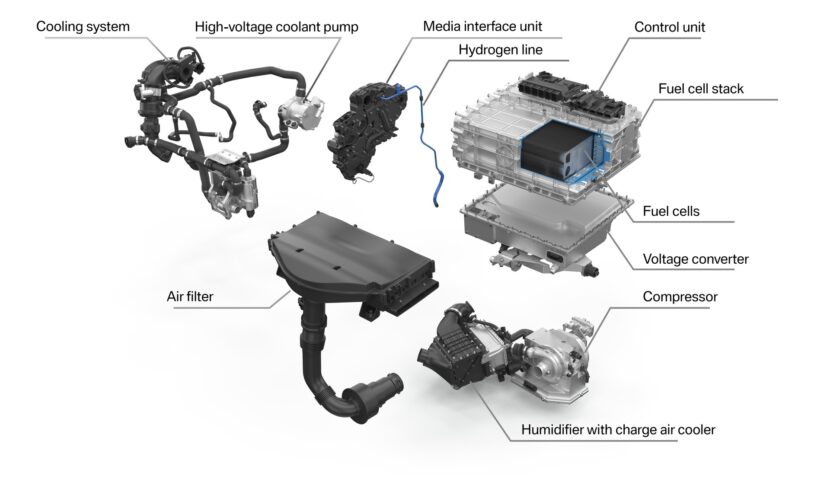 Stacking of the fuel cells is a fully automated process. Once the individual components have been inspected for any damage, the stack is compressed by machine with a force of five tonnes and placed in a housing. The stack housing is manufactured in the light metal foundry at BMW Group Plant Landshut using a sand casting technique. For this, molten aluminium is poured into a mould made from compacted sand mixed with resin in a process specially designed for this small-series vehicle. The pressure plate, which delivers hydrogen and oxygen to the fuel cell stack, is made from cast plastic parts and light-alloy castings, also from the Landshut plant. The pressure plate forms a gas-tight and water-tight seal around the stack housing. 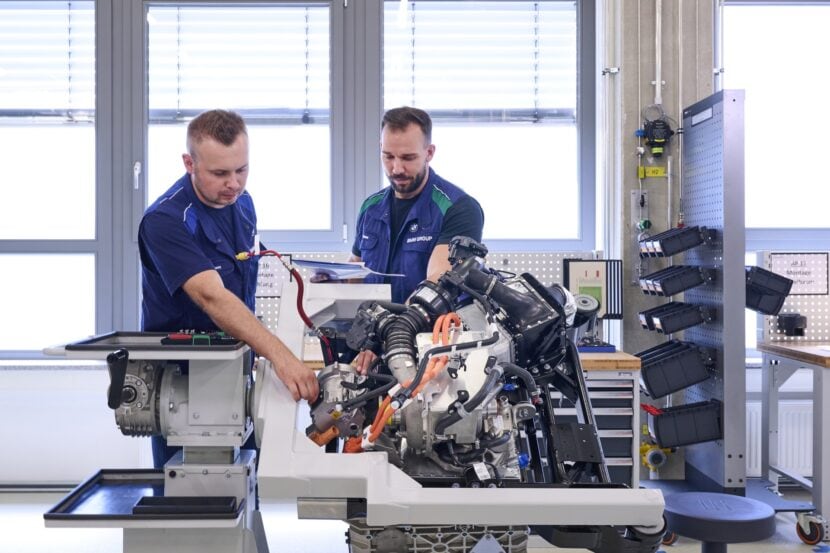 Final assembly of the fuel cell stacks includes a voltage test along with extensive testing of the chemical reaction within the cells. Finally, all the different components are fitted together in the assembly area to produce the complete system. During this system assembly stage, further components are fitted, such as the compressor, the anode and cathode, the high-voltage coolant pump and the wiring harness. 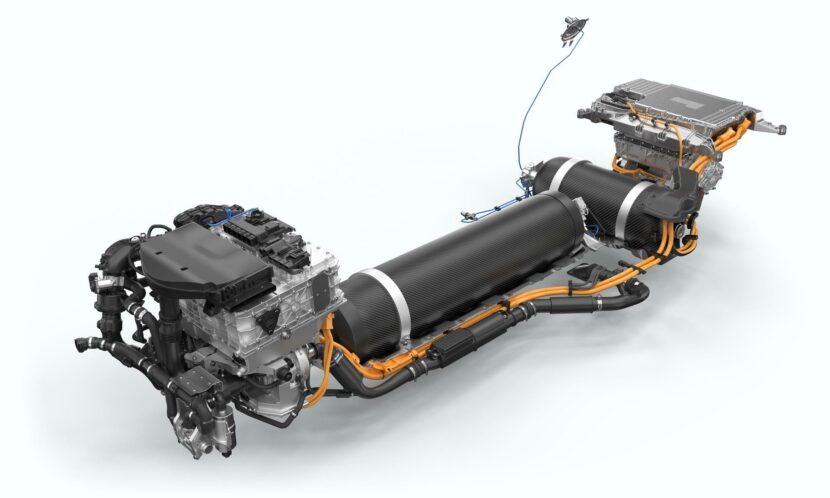 BMW already said they are eyeing other production series vehicles with fuel cells. But those are not likely to arrive until the next generation platform: Neue Klasse. Earlier this year, we had the unique opportunity to test a BMW iX5 Hydrogen prototype and you can find our series of articles here and here. Of course, we produced some videos which can be seen below: 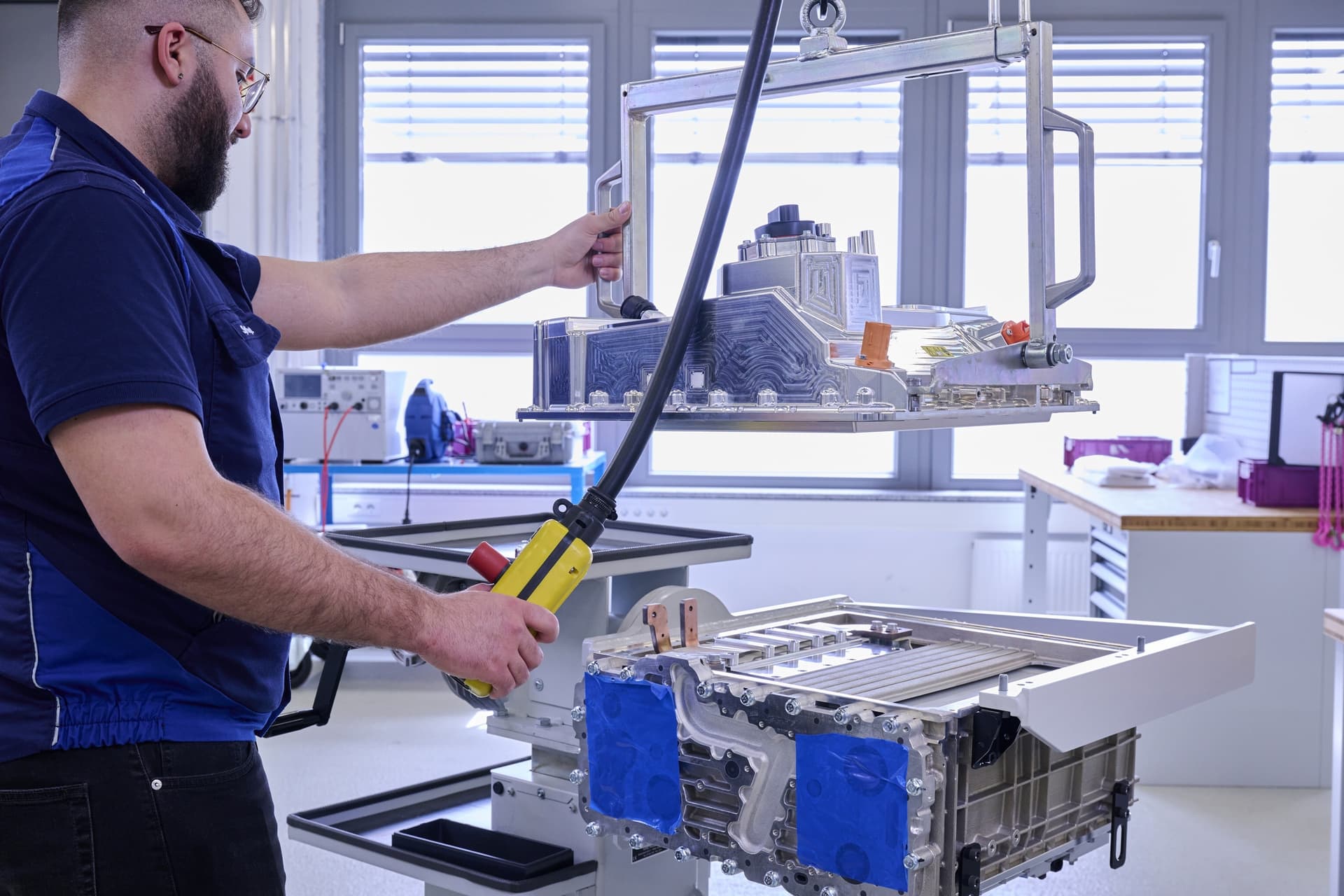 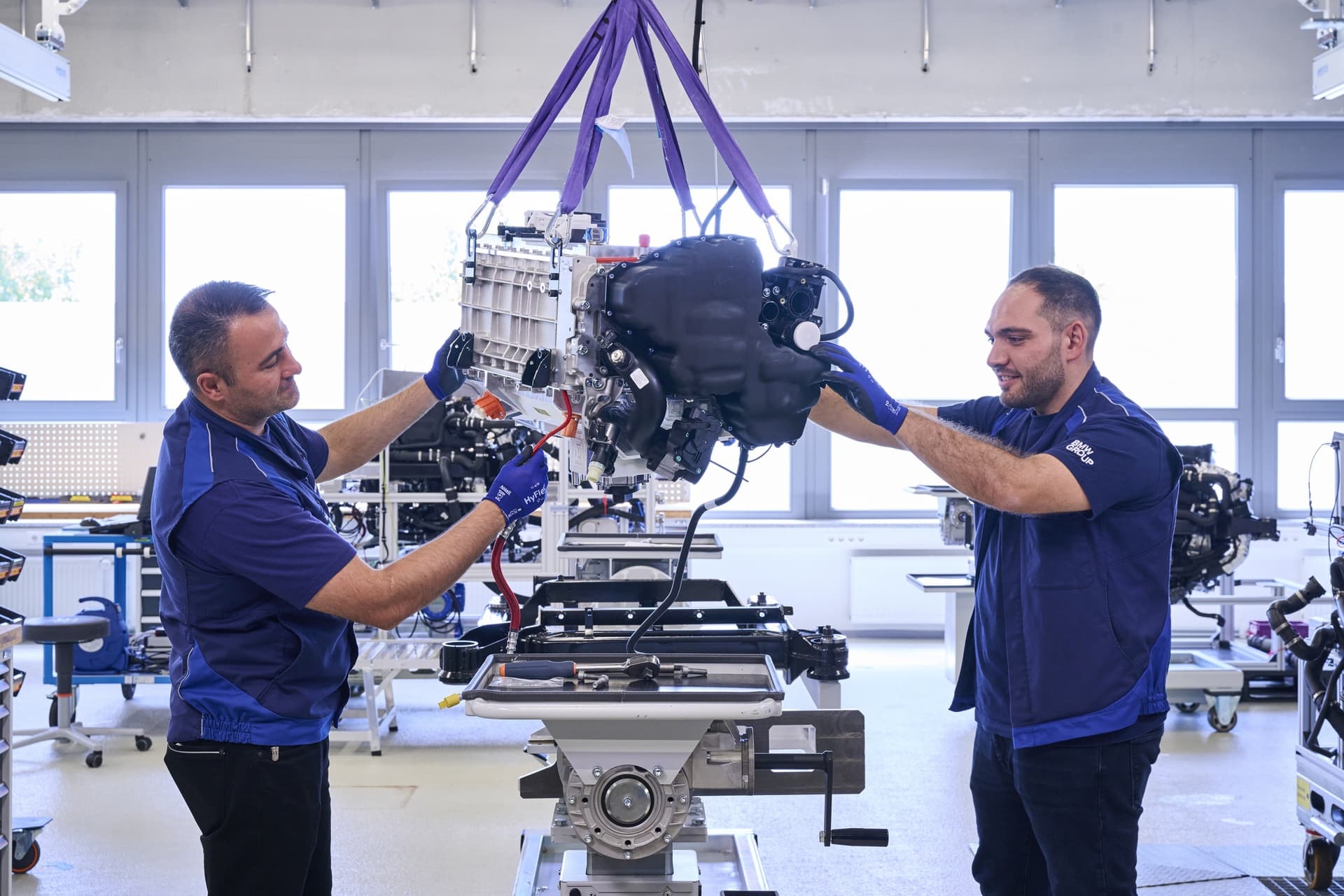 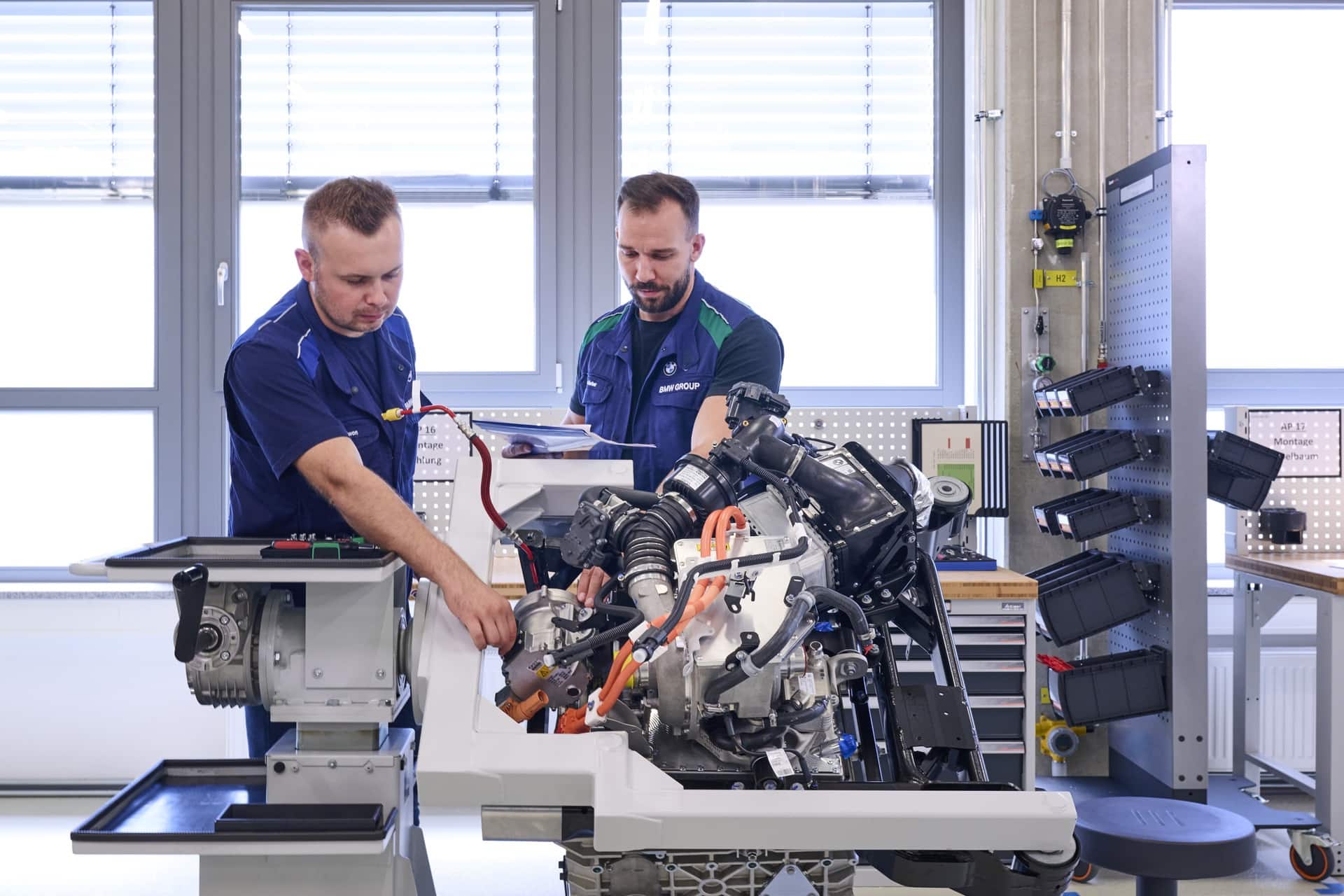 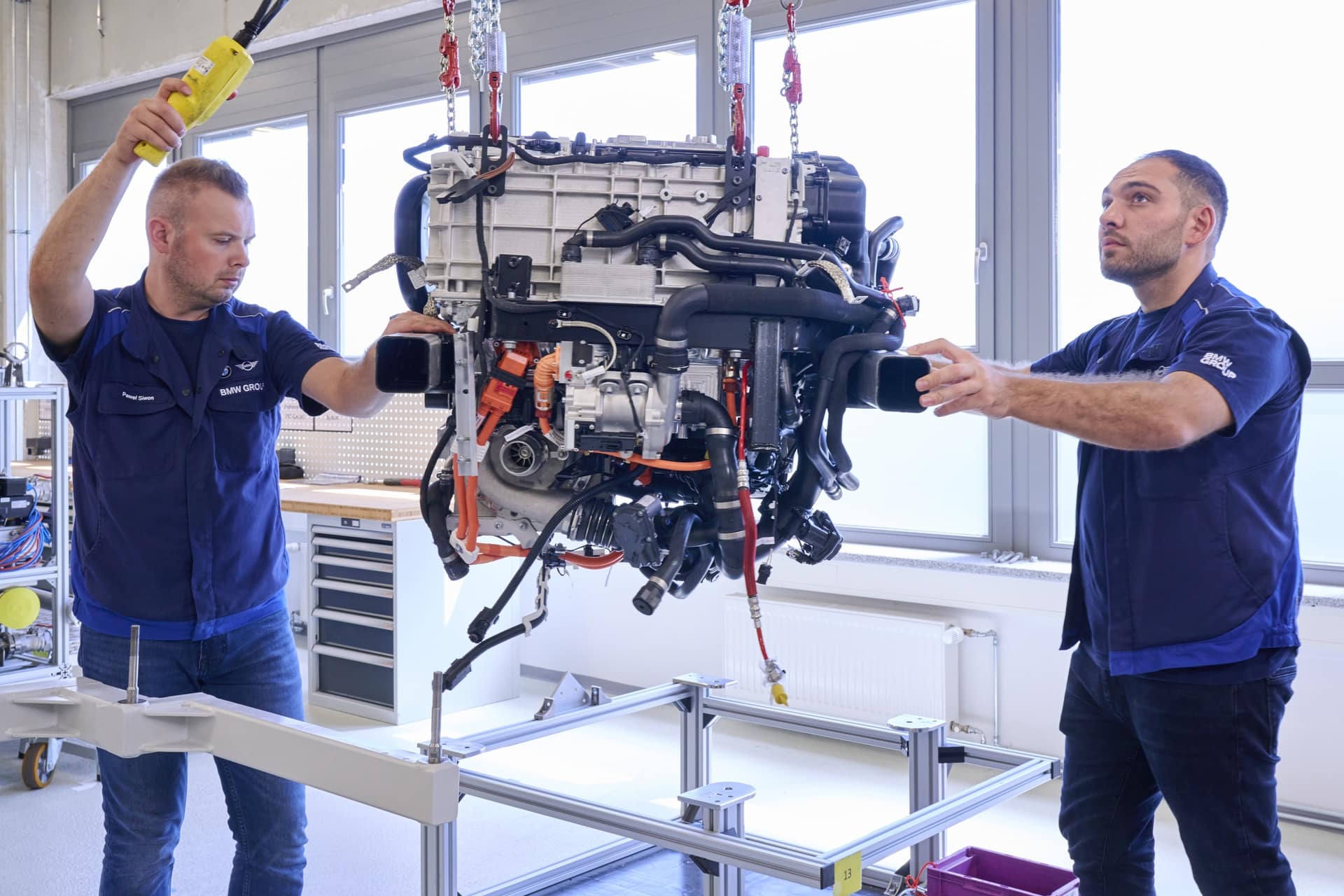 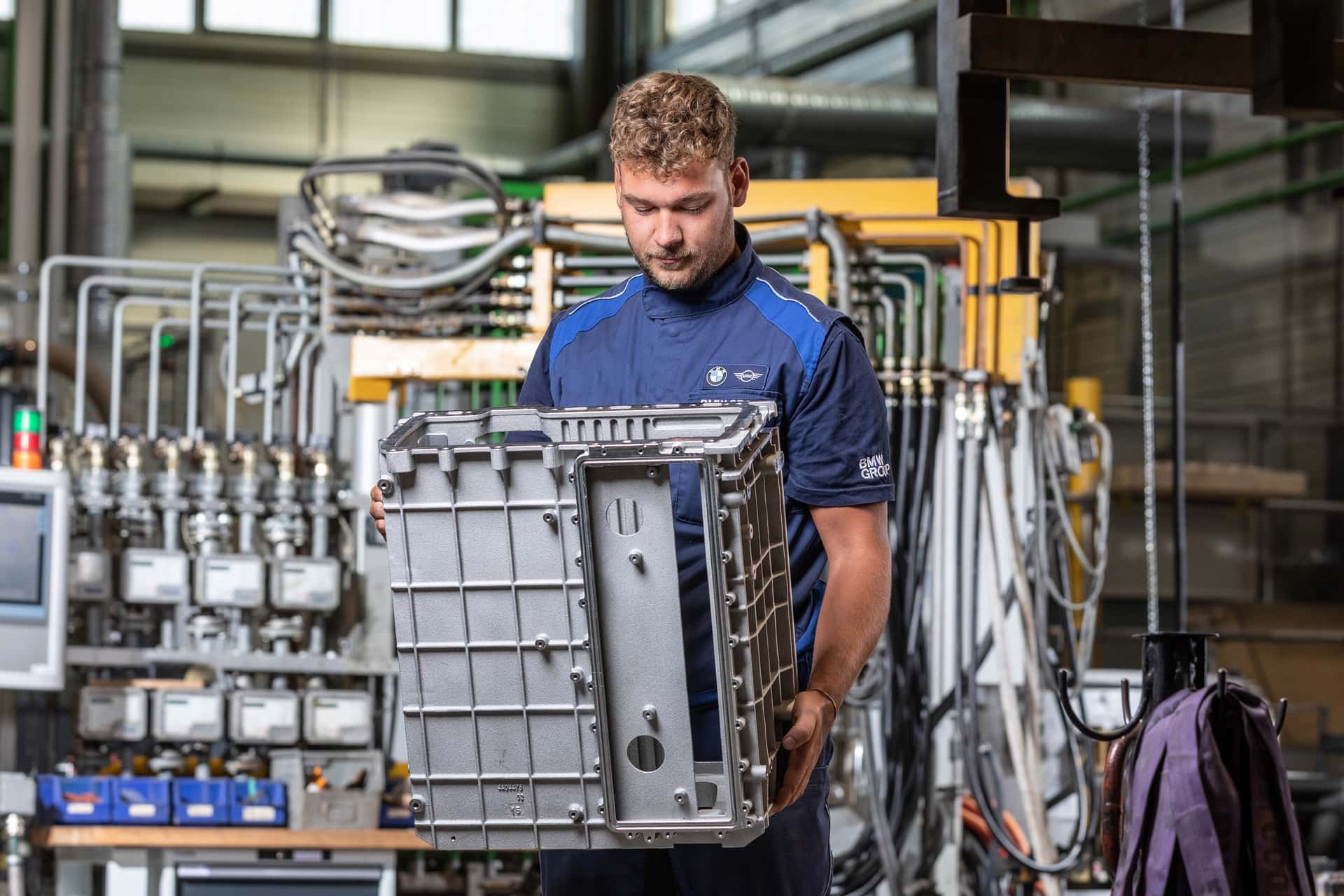 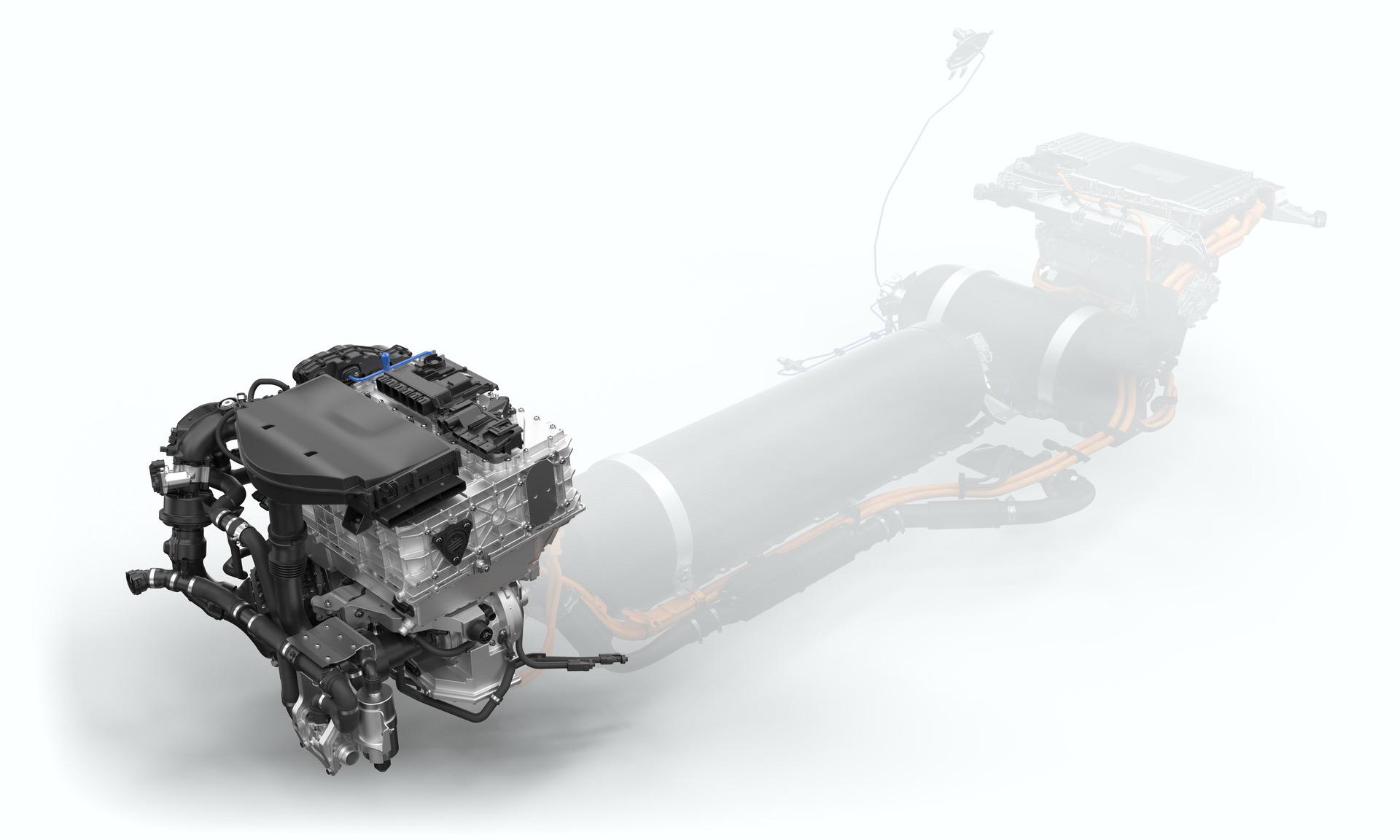 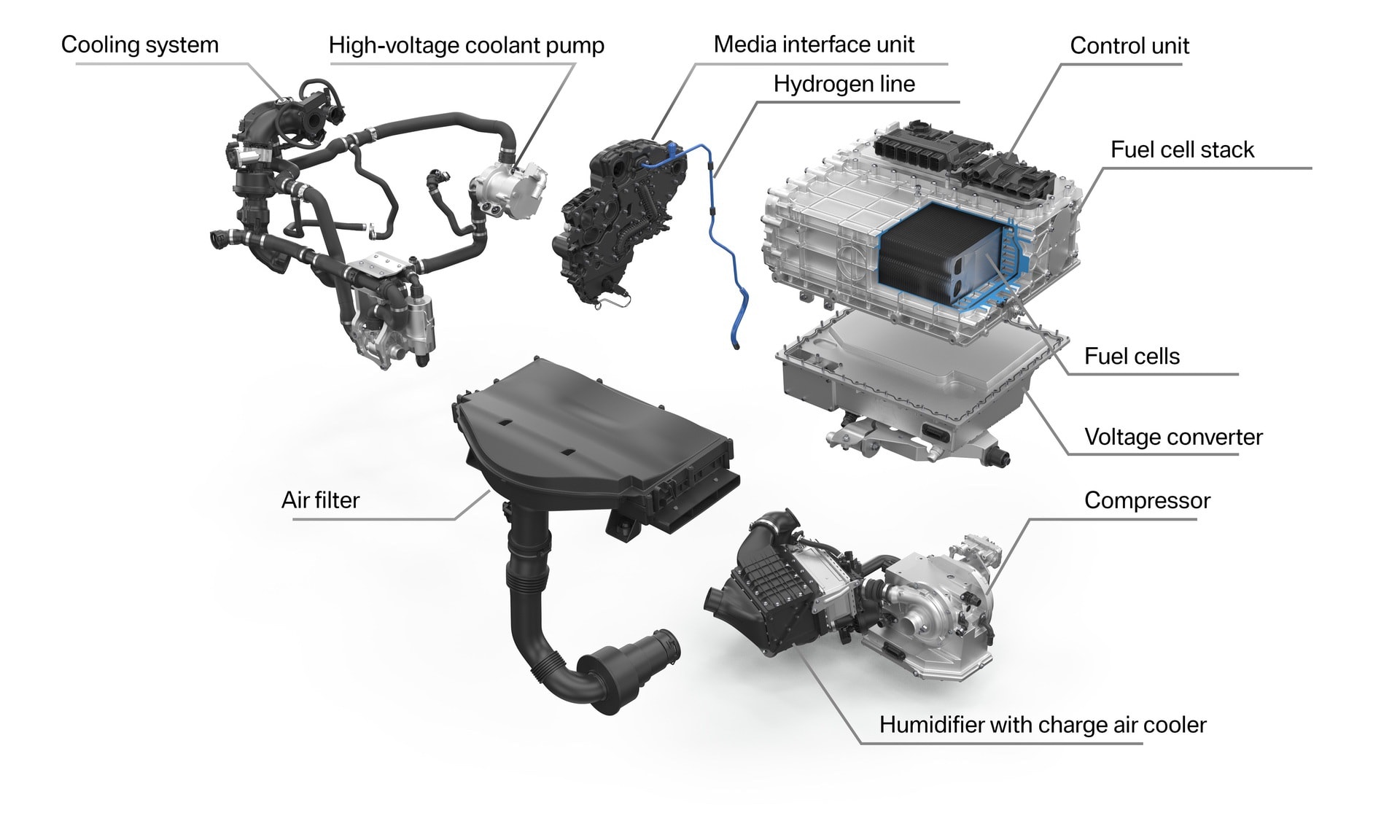 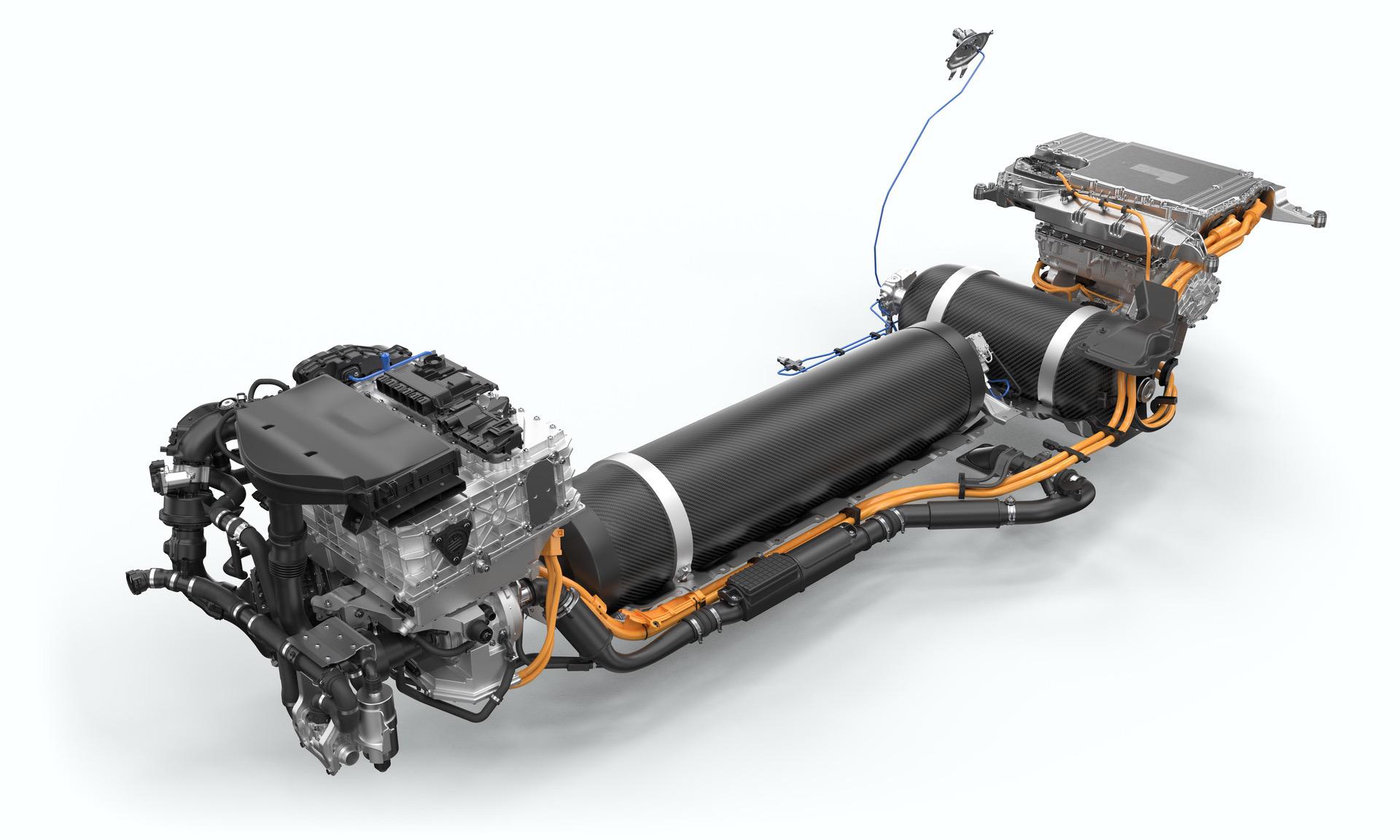