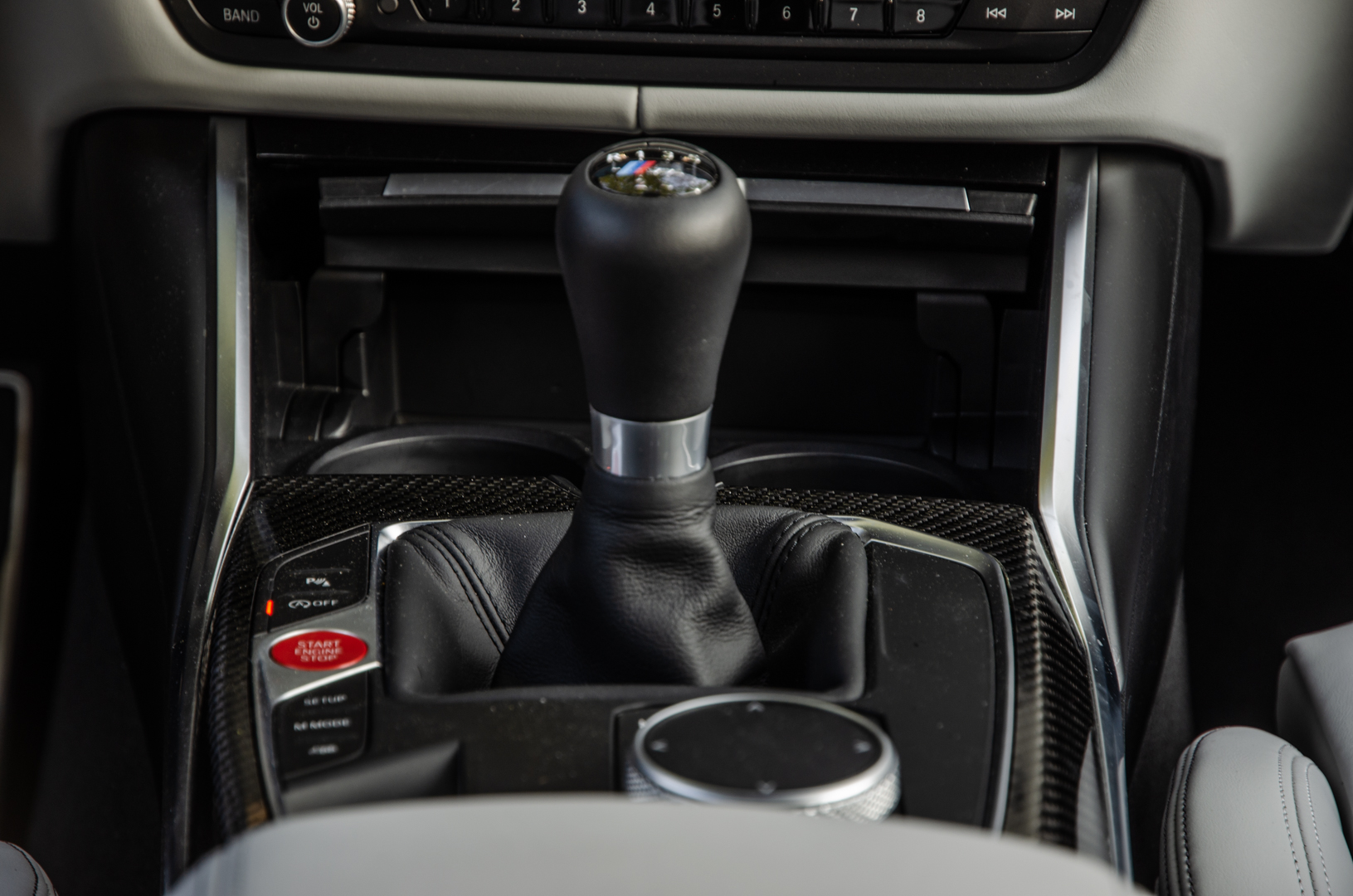 Car enthusiasts fear the money shift. Even the most seasoned of manual drivers are self-aware enough to know that a money shift can happen on an unfamiliar gearbox. Which is why BMW is seemingly inventing a manual transmission that eliminates the possibility of such a destructive accident, despite the fact that there will be very few BMWs with manuals moving forward. Carbuzz stumbled on a patent filing from BMW for a manual transmission with certain lockouts to prevent an accidental money shift but it’s unclear if it will ever get developed.

What is a Money Shift?

You might be asking: “Nico, what is this money shift you speak of?” If so, I’ll tell you. Essentially, a money shift is what happens when you accidentally downshift at redline, rather than upshift. For instance, you accidentally shift from third gear into second gear, instead of fourth gear. If you’re at redline and are about to shift up a gear but instead shift down a gear, you’re in big trouble.

Why are you in trouble if you money shift? Because giving the engine a much shorter gear ratio when it’s already at redline will drastically overrev the engine. In many cases, that essentially grenades the valvetrain, virtually destroying the engine, and costing the owner a ton of money. Hence the name “money shift.” There’s a great recent video from Engineering Explained host Jason Fenske about this very subject.

It works by using mechanical lockouts and sensors, to prevent the driver from shifting into any gear that might cause any mechanical damage. Which is ironic because Fenske, in the aforementioned video, claims that automakers likely won’t do that in the future. Fenske felt no automaker would do that because it’s a bit complex and would require investing in a transmission technology that’s likely dying soon, which is an extremely logical argument.

Which is why it’s so odd that BMW patented such a thing. Of course, we’re glad BMW is continuing to look into manual transmissions and how to improve them (first, let’s focus on shift quality, BMW). However, I do wonder if BMW ever actually develops this technology. The M2 Coupe is going to be the last real performance BMW with a manual transmission, so it’s likely not worth putting any more money into doomed tech. Although, it would be cool to see BMW to put this tech to market.