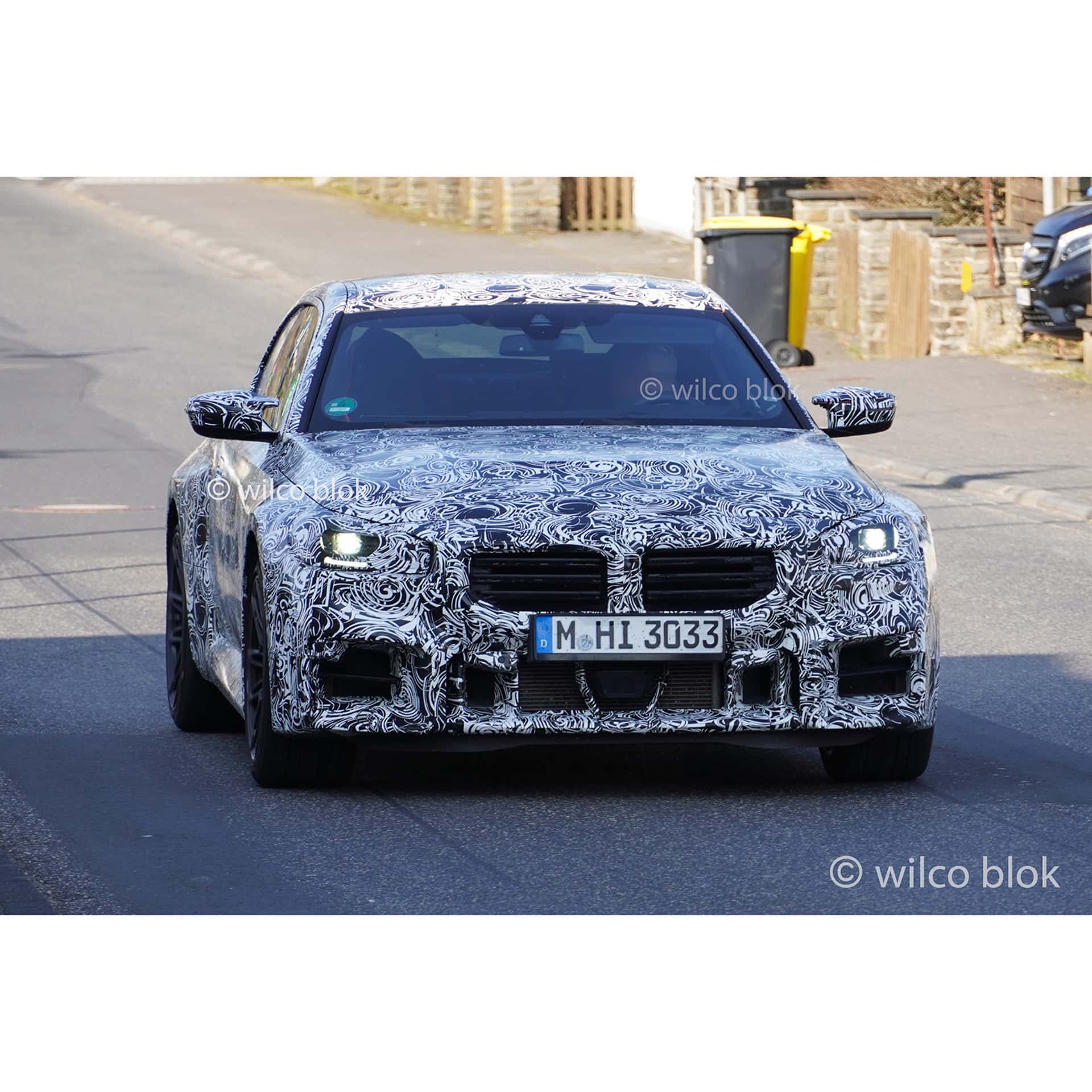 A proper M car needs a few specific ingredients for its design to work. Outside of those ingredients, BMW is free to play around with whatever other new flavors and spices it wants to, so long as those few ingredients remain. Thankfully, as much as BMW seems to be completely rewriting its recipe books lately, the BMW M2 remains faithful to traditional BMW design flavors, as seen in these spy photos.

What are those main, necessary ingredients? A proper BMW M design needs to be stanced properly; with the right amount of angle from back to front; it needs to have swollen rear wheel arches; accentuating its rear-drive nature; and it needs quad tailpipes. The new G87 BMW M2 seems to have all three of those.

In these new photos, we get a pretty close up look at the upcoming BMW M2 Coupe. Obviously, the car is wrapped in heavy camouflage but we can still make out the meat and potatoes of its design. Up front, its kidney grilles are vastly different than those found on the M240i. They’re boxier with horizontal slat inserts, rather than the softer-edged grilles of the regular 2 Series, which feature vertical active grille shutters in place of slats.

Look at the rear of the car, you can see it has the right amount of swell in its rear wheel arches. It’s not overly aggressive, so as to look boy-racer-ish, but it’s just enough for onlookers to understand that it’s something special . It also has quad tailpipes, like all M cars should. And, while it can be tricky to spot in photos such as these, it looks to be stanced correctly.

We can’t wait to see the BMW M2 later this summer, as it will be the last in a long line of small, straight-six-powered, rear-wheel drive, manual M cars. 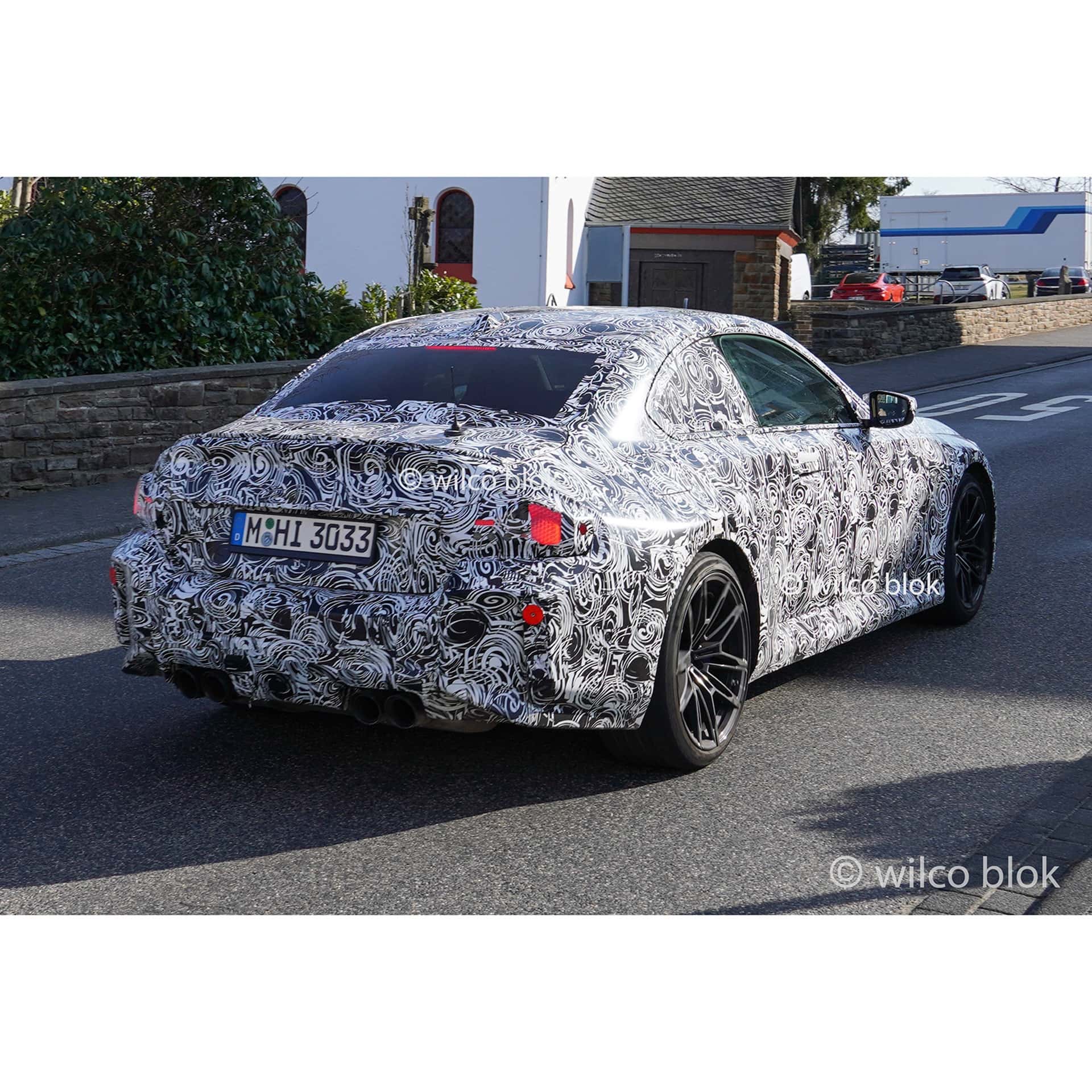 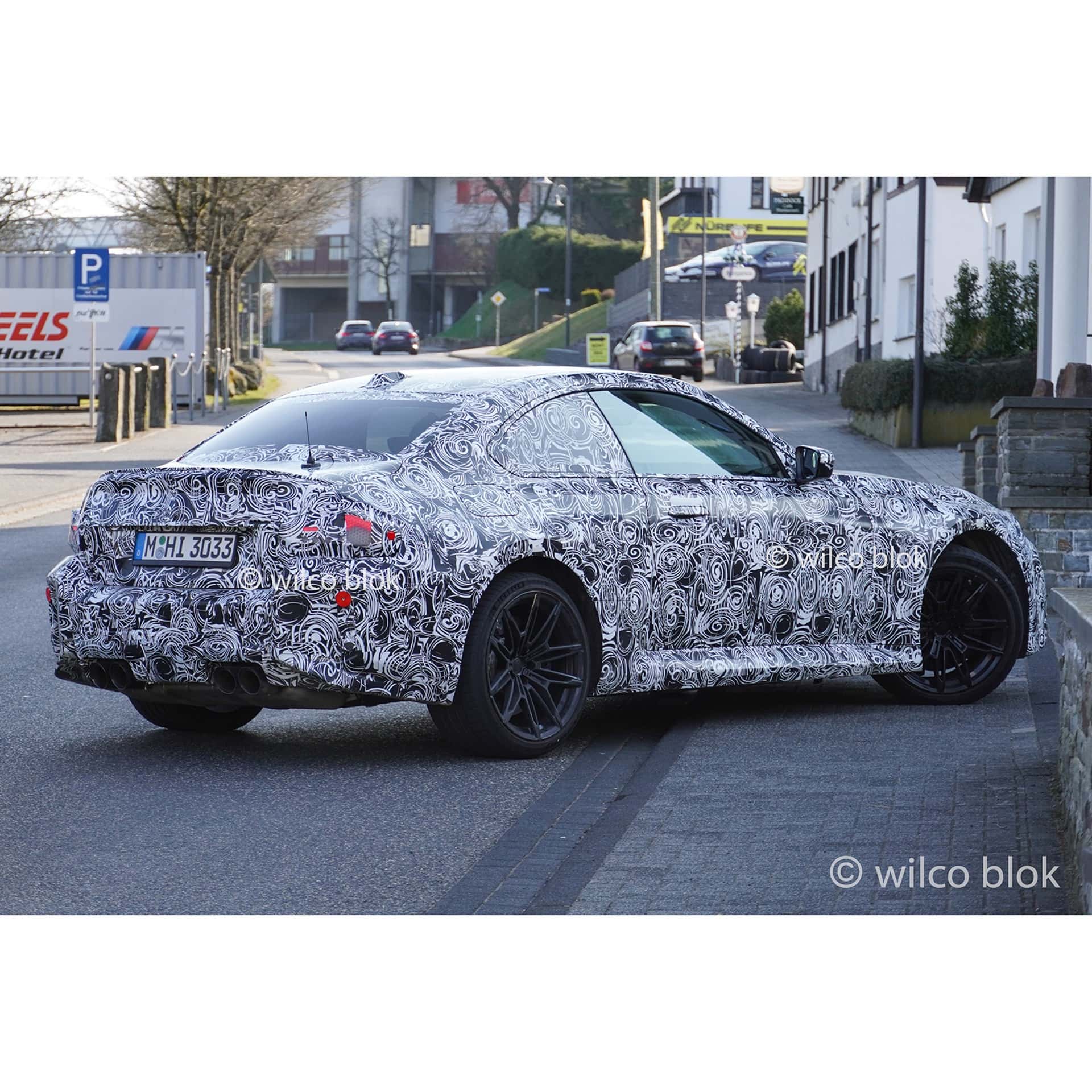