In this video review, we take a close look at the new BMW i4 M50, the top model of the i4 family. Even though the MSRP starts at $65,900, this particular i4 M50 is fully specced bringing the price of an astonishing $82,000. Our own Nico gets behind the wheel of the i4 M50 to share his driving impressions, while also comparing the i4 M50 to the M3 Competition, from a price point. We also review the interior and exterior design, along with the latest iDrive 8, Iconic Sounds, and much more.

The BMW i4 M50 is a seriously quick car. Its dual electric motors make 536 horsepower and 586 lb-ft of torque, which are fed by an 80.7 kWh battery pack. While using launch control, on a pretty dusty, dirty surface, I was able to get a 3.9 second 0-60 mph time. That’s quick! But I’d like to see what it can do with a proper launch surface. Though, to be fair, 0-60 mph times don’t actually matter in the real world. Instead, what matters is that full-throttle acceleration in the i4 M50, combined with its spaceship noises, feels like being launched out of the Death Star and it’s hilarious good fun. 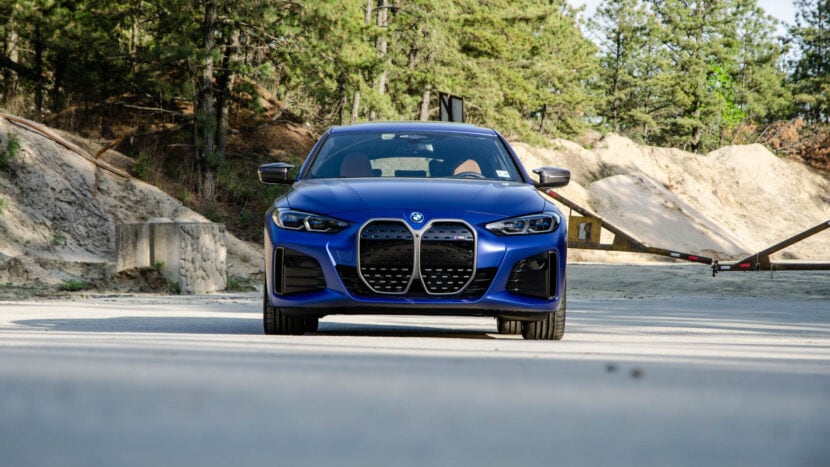 The cabin of the BMW i4 M50 is, aside from the iDrive 8 screen, indistinguishable from the 4 Series Gran Coupe. The steering wheel, dashboard, center console, switchgear, and even the seats are all exactly the same. The i4 is for traditional BMW car buyers, so this makes sense. Also, the BMW i4 M50 does something incredibly unique for an electric car—it comes with some special sounds, thanks to the help of award-winning composer Hans Zimmer.

The BMW i4 is an electric car for people who don’t ordinarily buy electric cars. It’s a special car, BMW’s first ever electric sport sedan, but if priced the same as the M3, would you still take the gasoline-power model over electric? Let’s find out!