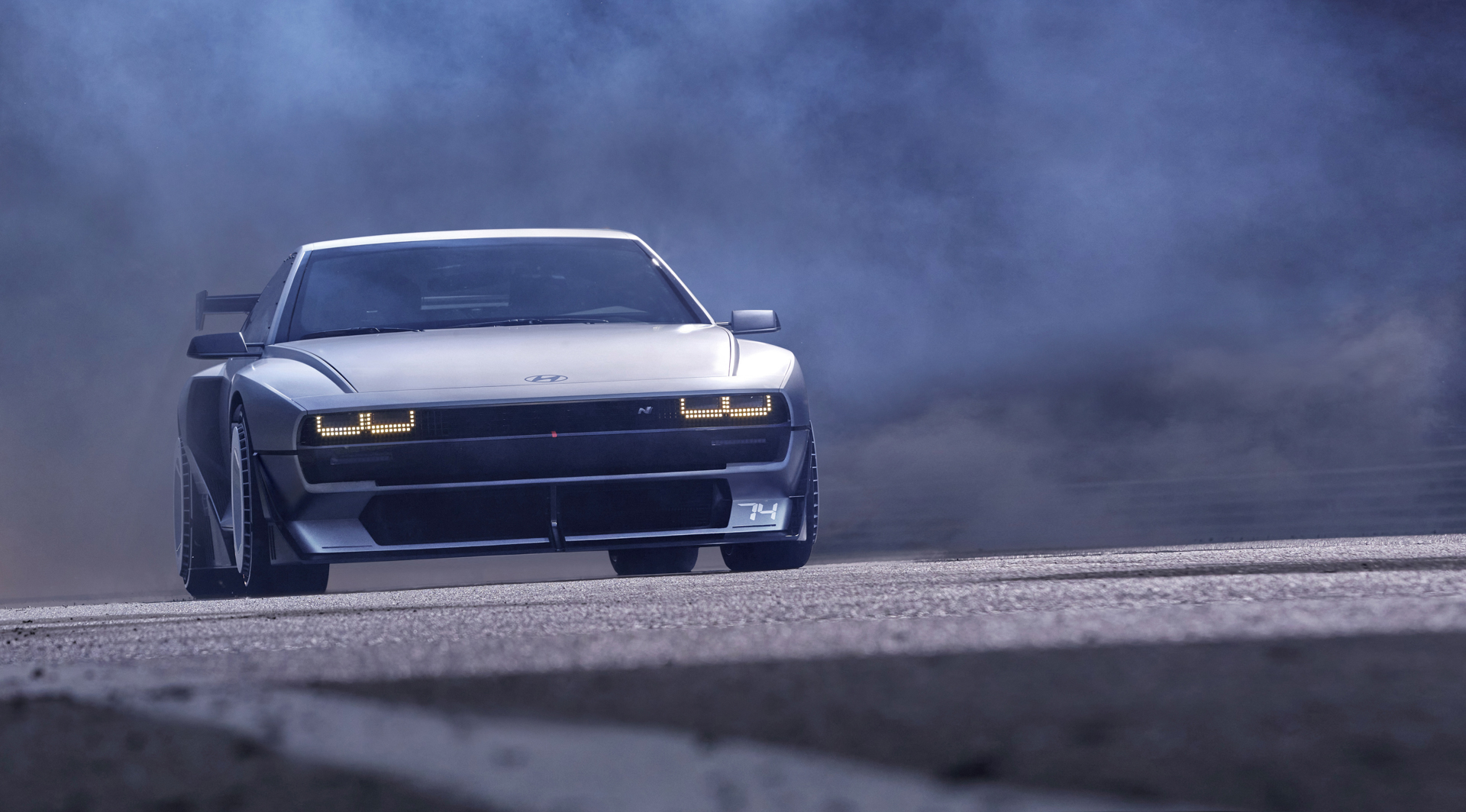 BMW has continued to stubbornly stick with hydrogen technology development, long after most brands gave up on it. However, BMW isn’t the only brand pushing hydrogen tech. Other brands, such as Toyota and Honda, have also explored hydrogen fuel cell cars, mostly boring people movers with aerodynamic designs. However, Hyundai decided to shake things up and create a hydrogen fuel cell performance car concept that looks absolutely sensational—the Hyundai N Vision 74.

Hyundai claims the N Vision 74’s design was inspired by the Giugiaro-designed Hyundai Pony Coupe concept from 1974 and it does look a lot like that. There are going to be people who say it looks like a DeLorean but, according to CNET, Hyundai’s head of design, Sangyup Lee, argues that Hyundai and Giugiaro created this design first because they did. However, the N Vision 74, gives Giugiaro’s original design a fantastic cyberpunk rally car infusion. Elon Musk thinks he knows how to make edgy cyberpunk designs but Hyundai just stole his freakin’ lunch. 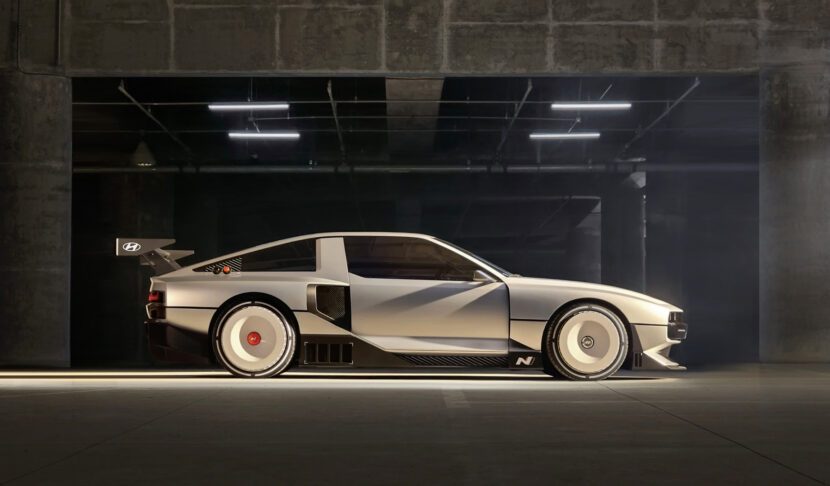 The N Vision 74 is one of the coolest concept cars I’ve seen in a very long time and I’m going to beg Hyundai to bring it to life until it happens, even though Hyundai has said there are no plans to actually produce it. But, even more interesting than its design is its hydrogen fuel cell powertrain. Technically, the Hyundai N Vision 74 is both a hydrogen fuel cell electric vehicle (FCEV) and a pure battery electric vehicle (BEV). It has a large 72.4 kWh battery and 4.2 kg fuel cell tank with an 85 kW fuel cell stack. It can use either to power the dual rear-mounted electric motors, which combine to make 500 kW (671 horsepower) and 900 Nm (664 lb-ft) of torque. Because it uses dual rear motors, it’s fully rear-wheel drive with real-time torque vectoring.

As awesome and fascinating as the Hyundai N Vision 74 is, it will remain a technological test mule. It’s sole purpose is to be used for hydrogen fuel cell/battery electric technical development. Which is interesting because many brands have completely given up on hydrogen tech but Hyundai is not only continuing to develop it but it’s using kick-ass concept cars to do so. 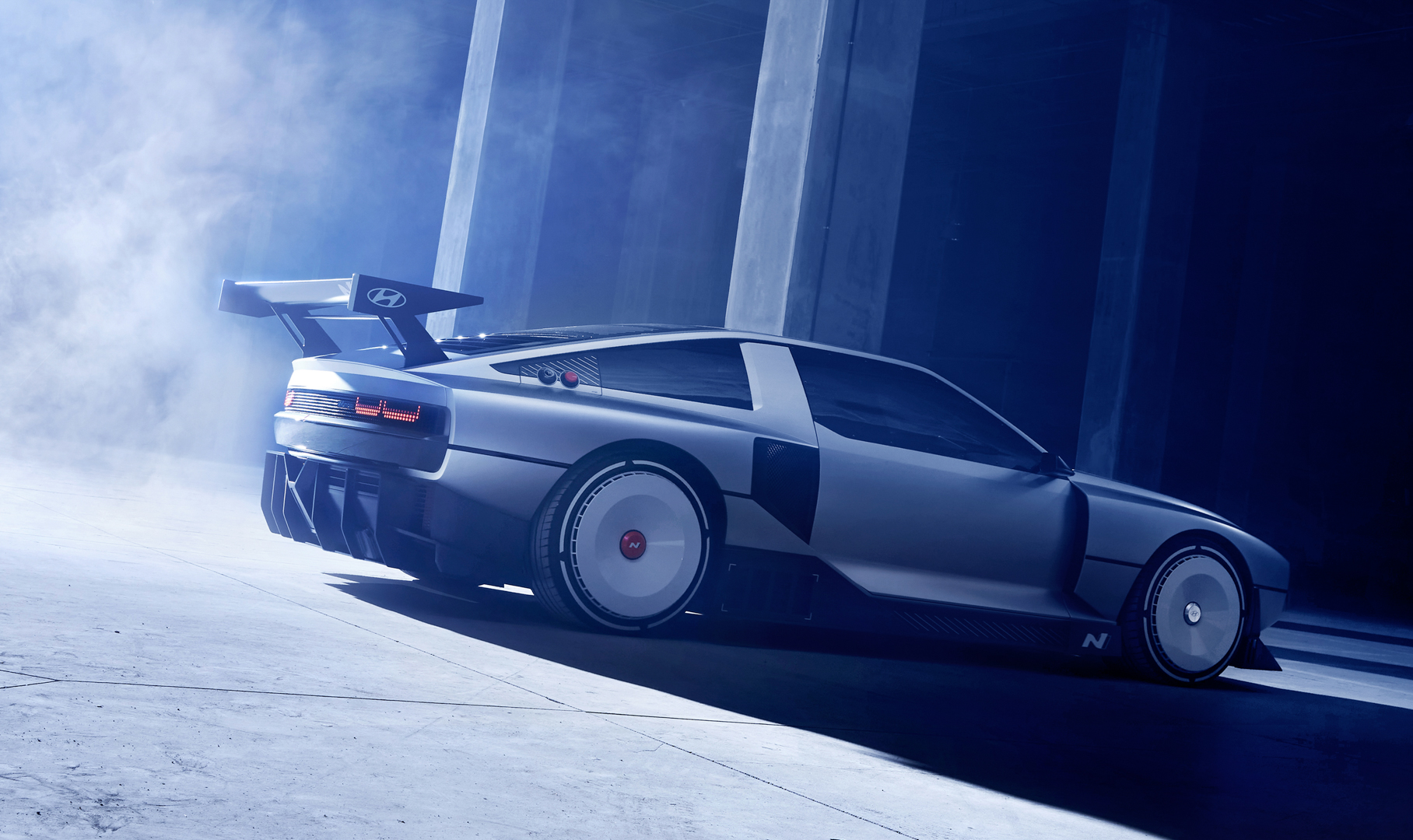 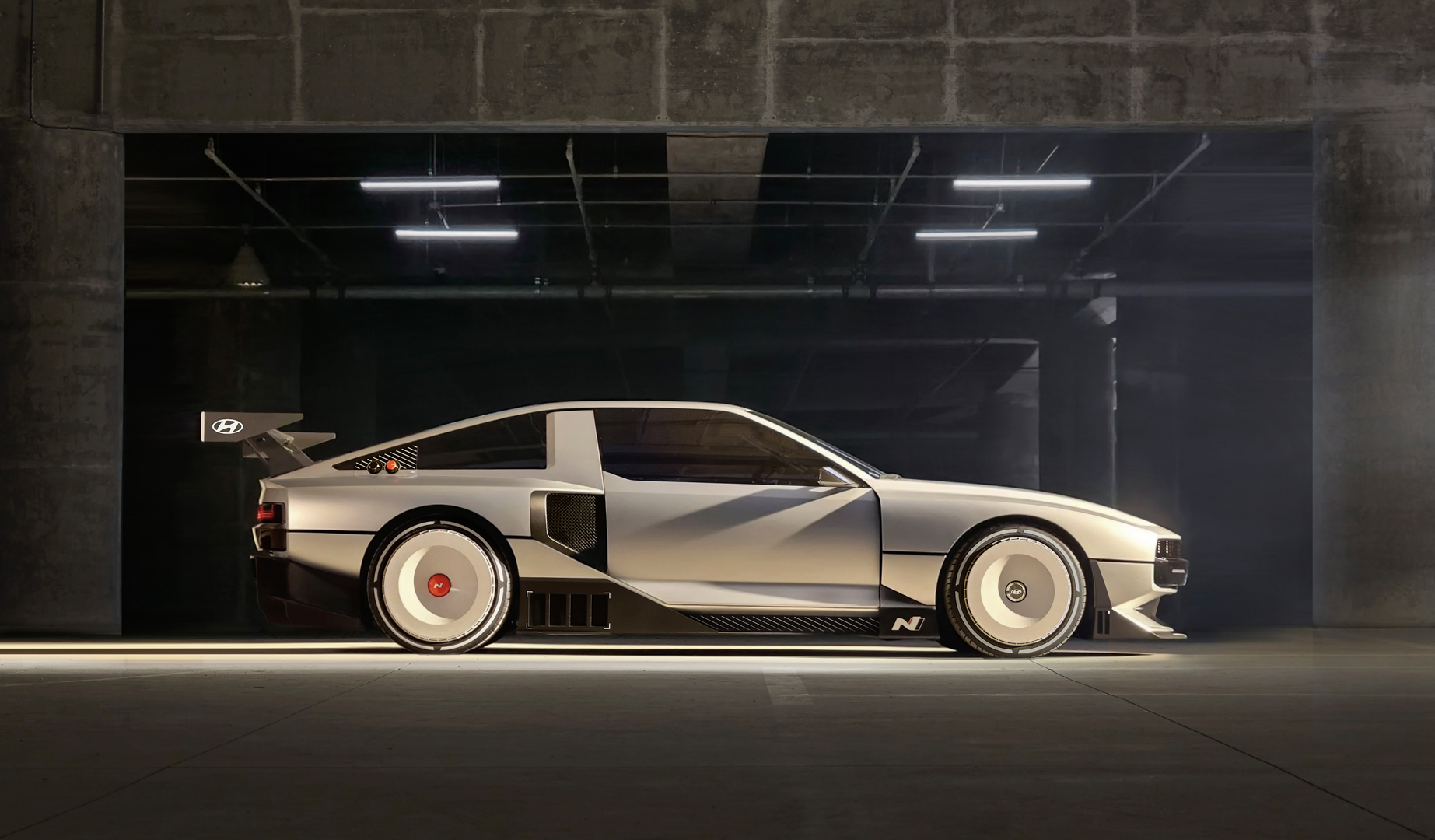 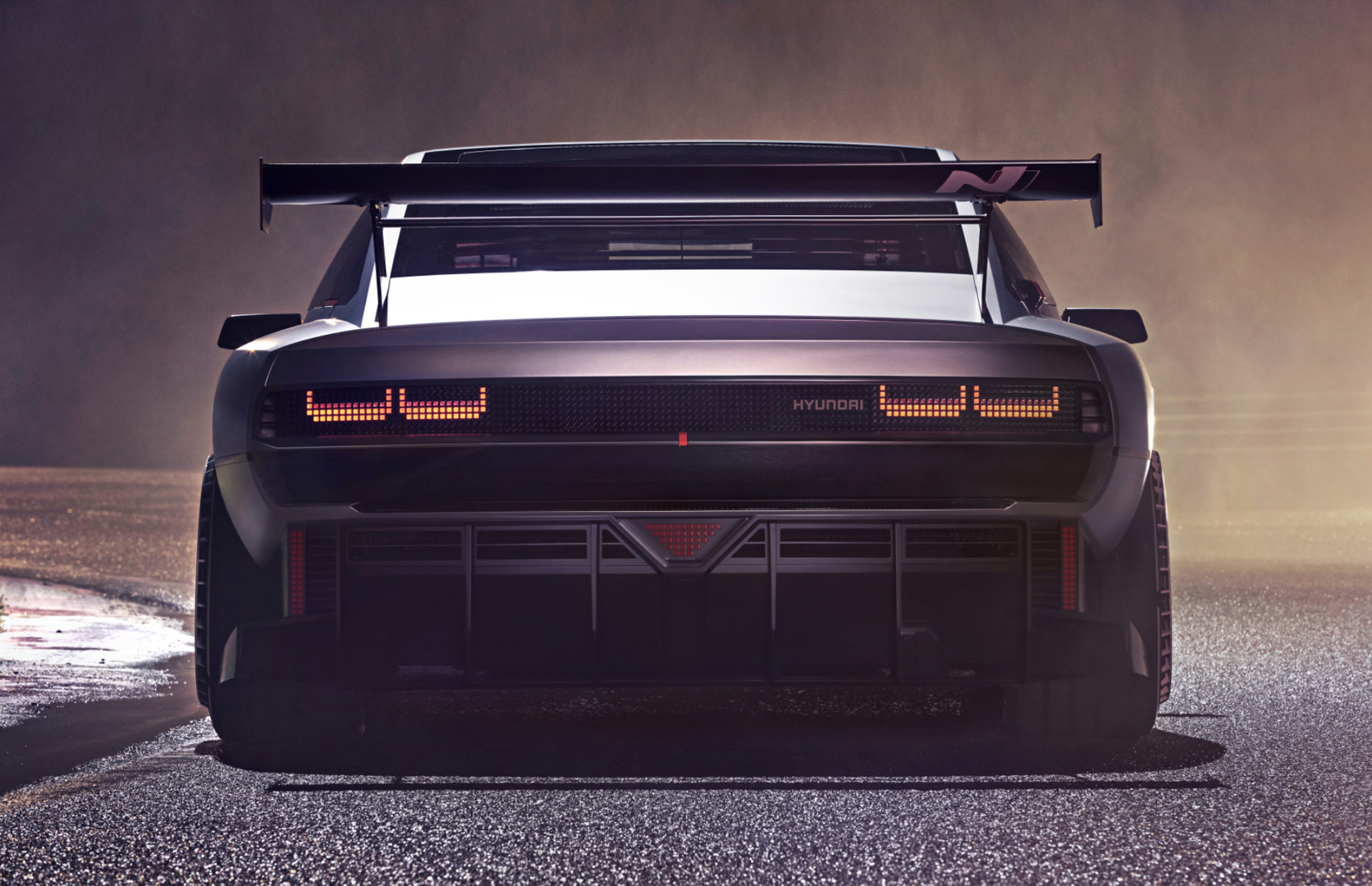 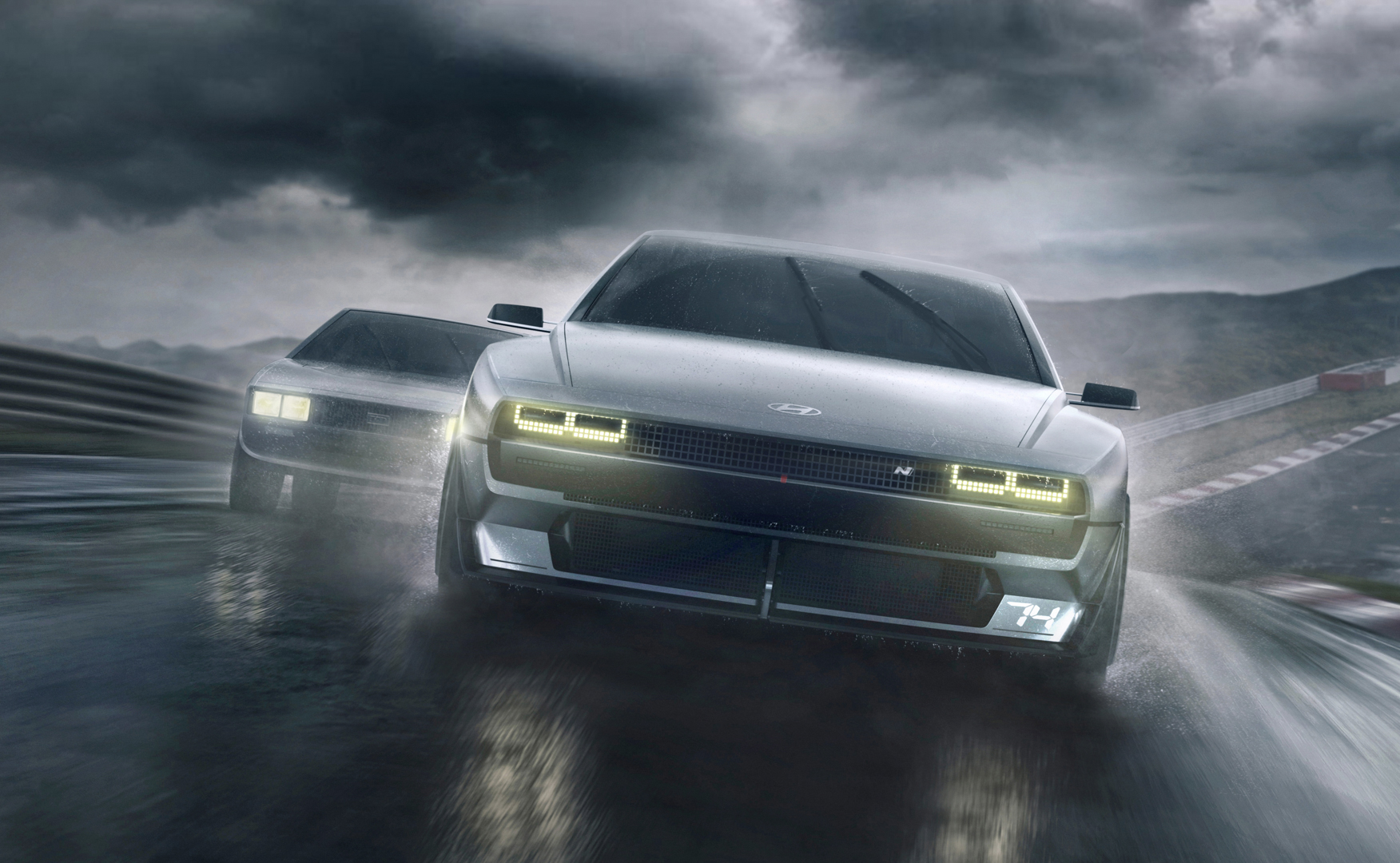 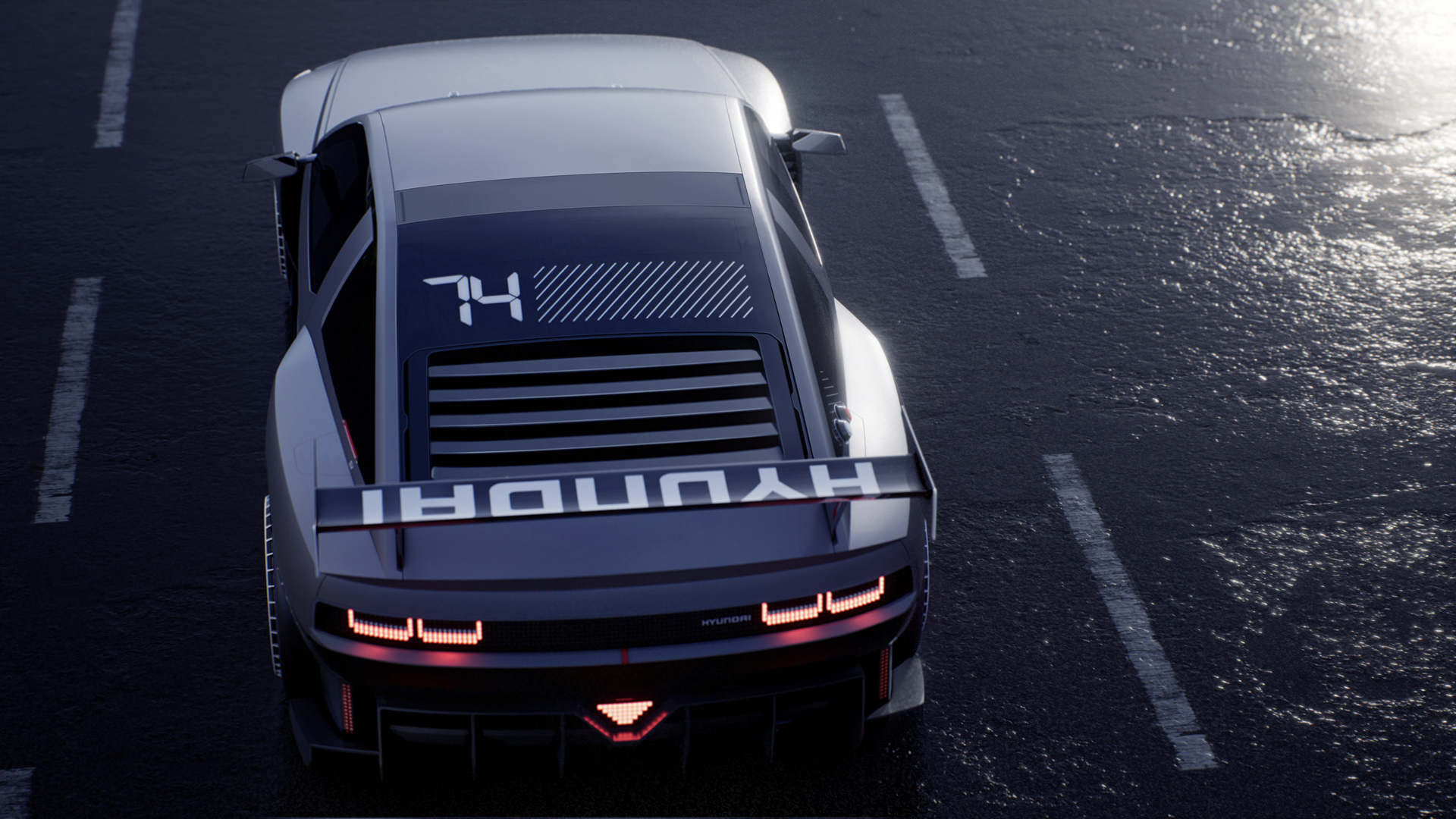