Traditionalists would argue there’s no place for an SUV on a race track, and they’d probably be right. However, sales numbers have proven the colossal success of M-badged X models, prompting BMW to sell performance versions of basically all their high-riding offerings, from the X2 M35i to the X6 M and the X7 M60i. As a matter of fact, the first dedicated M model since the mid-engined M1 coupe from the 1970s will be an SUV, with the plug-in hybrid XM debuting later this year. Come 2023, an X1 M35i will join the lineup.

In a bid to show SUVs can be dynamic enough for a fun track day, BMW South Korea drove the iX3 in the LCI flavor around the circuit located at the company’s Driving Center in Incheon. With a GoPro mounted on the rear spoiler to capture all the action, the rear-wheel-drive electric SUV was ready to tackle the challenging course. 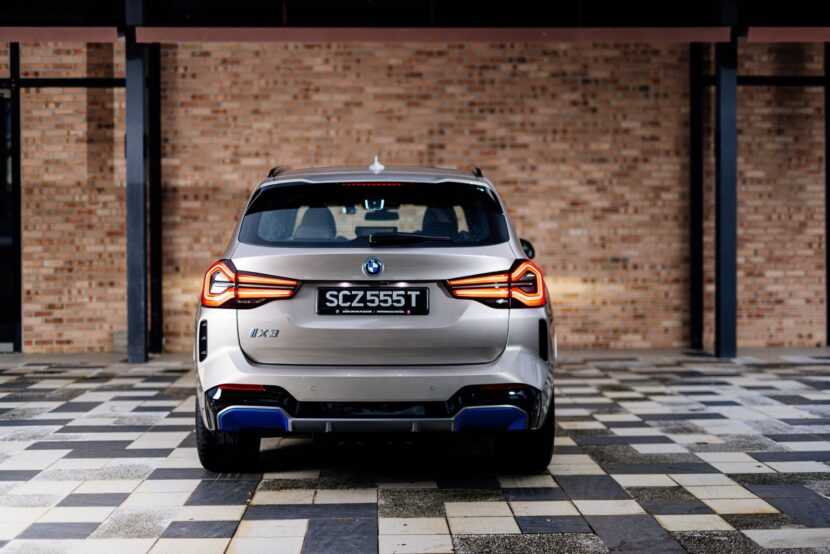 The Chinese-built iX3 needed 1 minute and 35.23 seconds to complete a lap, thus virtually matching a previous-generation 7 Series in the 745Le specification. It was roughly four seconds quicker than a 420i Convertible (G23) and 10 seconds slower than an M4 Coupe (G82). A more relevant comparison would be with the iX’s lap time, with the xDrive50 lapping the circuit in 1 minute and 33.14 seconds, or approximately two seconds quicker than the smaller electric crossover.

The current iX3 represents a stepping stone to a much better product as the next-gen model will transition to the Neue Klasse platform primarily engineered for EVs. That will come along with xDrive, more power, and improved efficiency. It will be interesting to redo this hot lap and discover the performance gains from one generation to another.