When BMW introduced the X5 Black Vermilion Edition a year ago, the US market only got the xDrive40i version. However, some parts of the world received the more potent M Performance model, as evidenced in this video showing the hotter M50i. Essentially, it’s a fully loaded model finished in Individual Frozen Black with red accents on the kidney grille.

From the laser headlights to the adaptive suspension, the X5 M50i Black Vermilion comes with most of the boxes on the options list already ticked. The performance SUV rides on large 22-inch M wheels wearing a special finish to match the body and these are contrasted by the red brake calipers. The leather-wrapped interior is also predominantly black, save for the red stitching on the seats, which are ventilated at the front. 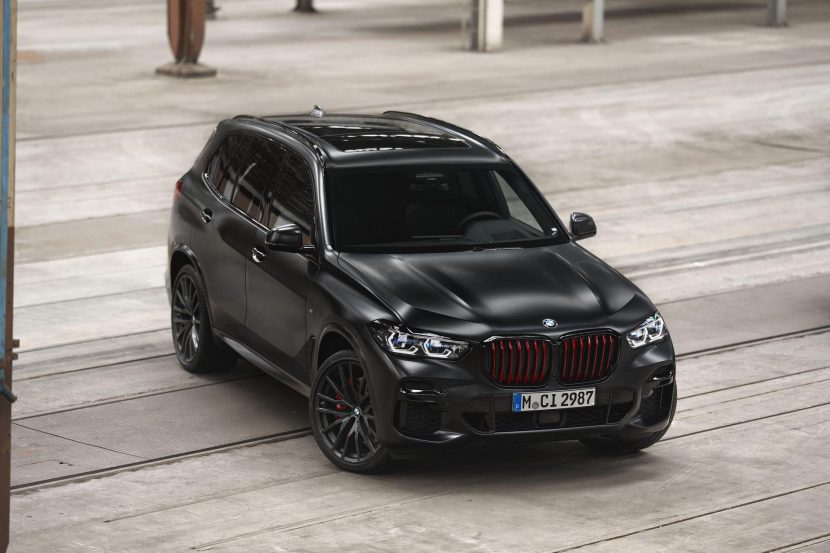 It’s easily one of the most expensive X5 models ever created by BMW after adding loads of extras, including the Alcantara headliner, Individual upholstery, soft-close doors, panoramic sunroof, and a Bowers & Wilkins sound system. As shown here at a German dealership, the M50i Black Vermilion retails for an eye-watering €140,640. For reference, the recently facelifted X7 in the new M60i guise has a considerably lower starting price of €127,200 in Deutschland.

Speaking of the M60i suffix, the X5 will go through a mid-cycle facelift in 2023 and is going to transition from the M50i variant available today to the new M60i. The name change will be made to reflect the switch to BMW M’s new S68 mild-hybrid engine. The twin-turbo 4.4-liter V8 will work together with an electric motor good for an extra 12 horsepower and 200 Nm (147 lb-ft) available as a temporary boost.

It is believed X5 LCI production will start in April 2023, so expect the facelift (with iDrive 8) to break cover early next year. As for the range-topping M version, it’ll be sold exclusively as a Competition.