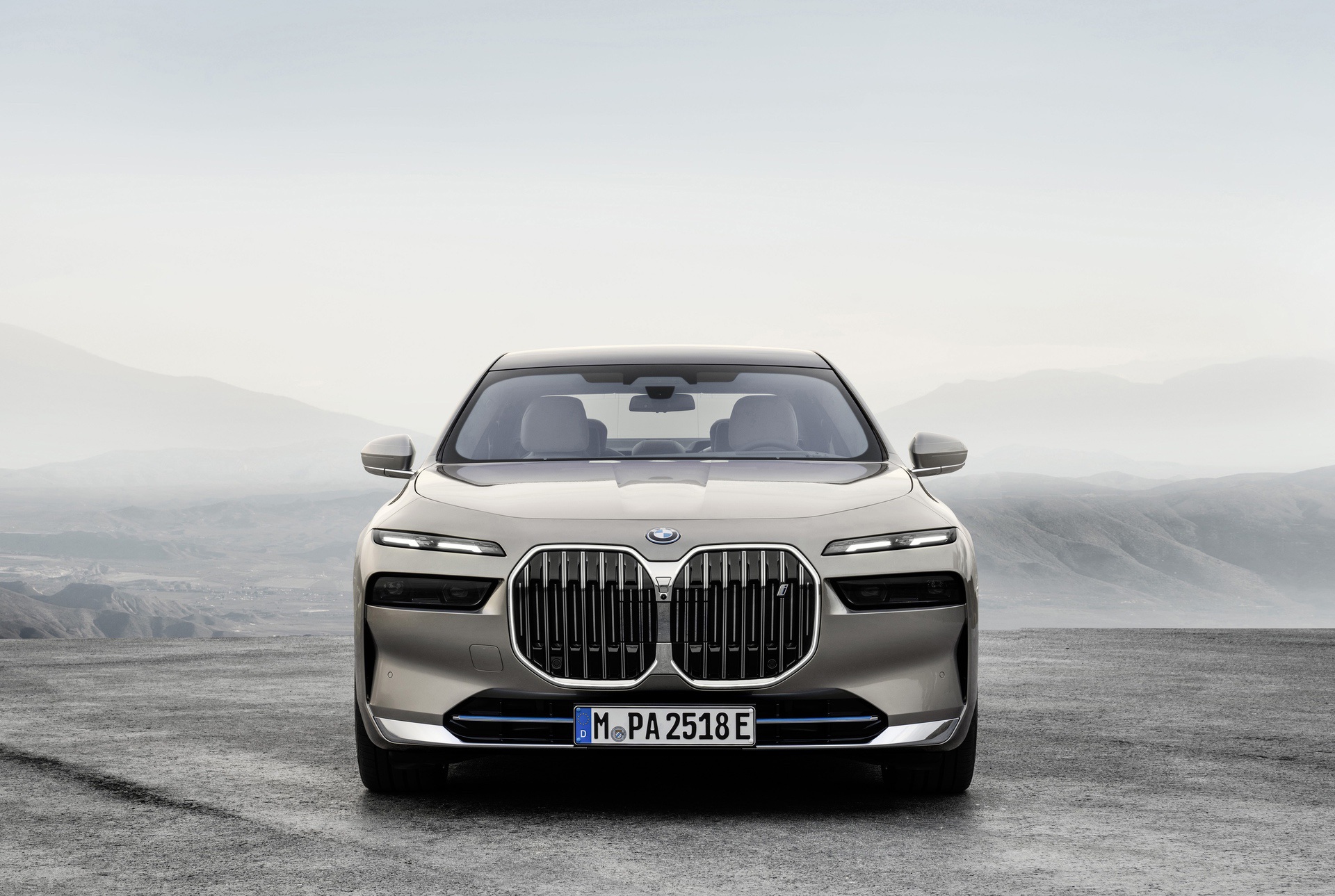 When BMW introduced the 7 Series G70 back in mid-April, it showed the M760e as the first M Performance model to get a plug-in hybrid powertrain. It also announced a 750e xDrive due for a spring 2023 release while promising additional PHEV variants would follow. Fast forward to this week, one of them has now been caught in broad daylight without any camouflage whatsoever.

While it looks exactly as you would expect it to, a closer inspection reveals a somewhat interesting badge. Notice how the “7” is substantially bigger than the subsequent “45e”? Granted, we’ve seen this look before on the aforementioned M760e with the “M” larger than the “760e”. Come to think of it, the i4 M50 also highlights the “M” to the detriment of the “50.”

Another subtle change is for the “e” as it’s now the same size as the preceding “45.” With these discreet tweaks, it would appear BMW wants to highlight the model’s series – 7er in this case – and emphasize the growing importance of electrification by bumping the size of the letter “e” at the end.

As for the model itself, the 745e is not a new name for BMW since it was introduced in 2019 when the G11/G12 received a Life Cycle Impulse. It transitioned from the 740e to 745e to replace the B48 four-cylinder engine for a substantially more potent B58 straight-six. Naturally, the G70-based model will be positioned below the 750e in the hierarchy.

What to expect? Certainly less power than the 750e, which offers a combined 490 hp and 516 lb-ft (700 Nm). All plug-in hybrid models of the new BMW flagship have a battery pack with a usable energy of 18.7 kWh, representing an increase of more than 50% compared to the previous-gen model. In addition, the charging capacity has been bumped from 3.7 kW to 7.4 kW to enable a full recharge in less than three hours.

In the case of the 750e, BMW promises the electrified luxury sedan will cover as much as 89 kilometers (57 miles) in the WLTP cycle without sipping any gasoline. Expect a similar electric range from the forthcoming 745e, which would be a pretty good improvement compared to the old one and its 58-kilometer (36-mile) rating.

As a final note, it’s worth mentioning BMW will be selling in some markets a lesser M Performance plug-in hybrid, dubbed M750e.