When it comes to drag races, sky’s the limit as far as the car selection is concerned since people will race just about anything they can get their hands on. The good folks over at Carwow are known for their rather eclectic choices, and this latest showdown is no exception. Four substantially different cars were put through their paces, with the old BMW M2 being the only rear-wheel-drive car of the lot.

A hotter Competition version, the speedy coupe from Bavaria had the least amount of horsepower and torque, at 410 hp and 550 Newton-meters (406 pound-feet). The M2 was by far the most affordable of the group and it was also the lightest, at 1,575 kilograms (3,472 pounds). Much like the Jeep Grand Cherokee Trackhawk, Bentley Continental GTC Speed, and the Audi RS5 Sportback, the compact BMW had an automatic transmission. 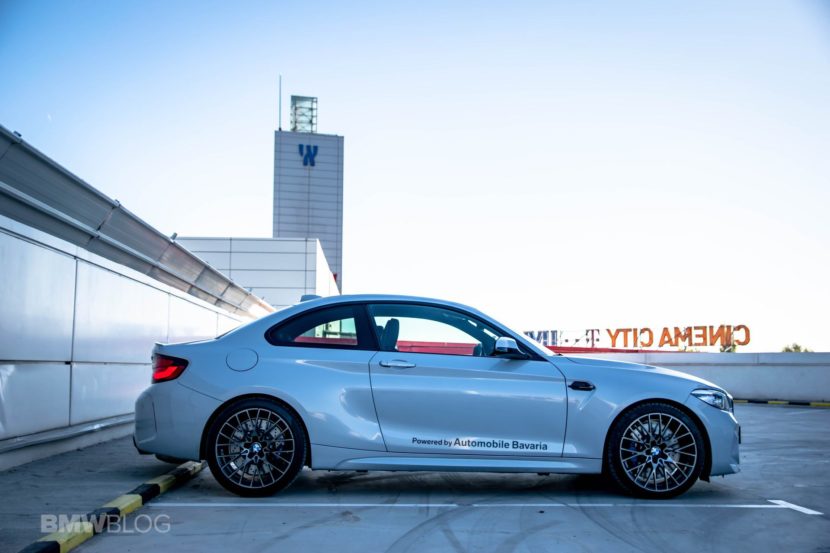 Not that we’re trying to find the old M2 any excuses in a drag race with cars from superior segments, but the latest-generation M240i xDrive would’ve made more sense. As for the drag race itself, the RS5 was by far the quickest off the line while the BMW was the slowest due to its RWD setup. Despite the advantage gained at the start, the model carrying the Four Rings had to settle for second place as the droptop Bentley was the first to cross the finish line thanks to its immensely powerful W12 engine.

In the following rolling race from 50 mph (80 km/h), the BMW M2 fared substantially better as it ended up third, not far behind the Audi. Once again, the posh convertible from Crewe took the win while the American brute was dead last. The rolling race was repeated, but this time with the cars in their sportiest settings. The outcome was the same even though the four cars were neck and neck for a while at the beginning.

The last comparo was a brake test from 100 mph (161 km/h), which at least in theory should give the BMW M2 Competition the edge since it’s the lightest of the bunch. However, there are other factors that must be considered, with the obvious ones being the brake setup and tires. Sure enough, the little BMW didn’t win that one as the Audi RS5 stopped a smidge earlier. In fact, the M2 wasn’t that much better than the Bentley, a car that’s about 861 kg (nearly 1,900 lbs) heavier.