The term “ace of base” is not generally applicable, but there’s something magical about rowing your own gears in a BMW M3 G80 Sedan. It is objectively slower and less powerful than any other M3 on sale today, and yet we’d have the stick shift in a heartbeat. This three-pedal sports sedan dressed in a fancy Individual Zanzibar II metallic color shows even the “entry-level” M3 is an absolute missile.

Owned by YouTuber AutoTopNL who is a YouTube sensation with his top speed runs on the Autobahn, the car no longer has the factory-installed top speed limiter. The M3’s ECU has been cracked and the first order of business was to unlock the full potential. As standard, BMW limits the car to 155 mph (250 km/h) or to 180 mph (290 km/h) if you opt for the M Driver’s Package. 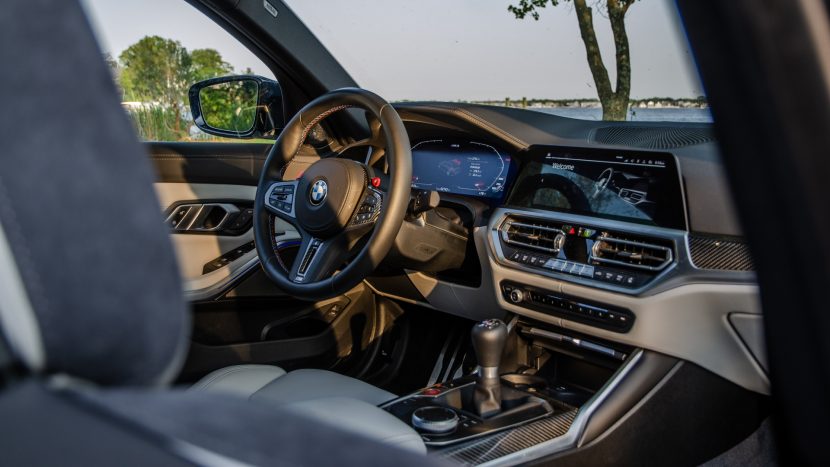 He took his pride and joy on the very same unrestricted sections of Germany’s glorious highway to push the M3 to the maximum. That he most certainly did as the car hit 196 mph (315 km/h) at one point. Granted, the G80 is not completely stuck as aside from the cracked ECU, it also has a custom Frequency Intelligent (Fi) Exhaust and an Arma Speed carbon fiber cold air intake. It has lost its gasoline particulate filter (OPF), but these changes are insignificant in the grand scheme of things.

Eagle-eyed readers will notice the car wasn’t actually that fast if we were to rely on the number provided by the GPS-based smartphone app. When the digital speedometer was showing 315 km/h (196 mph), the vehicle was realistically doing 310 km/h (193 mph), which is still mighty impressive for a six-speed M3.

In the not-too-distant future, it won’t be possible to reach these kinds of speeds on a public road in some parts of the world without first turning off some of the nanny systems. Not because of the on-again, off-again restrictions on the Autobahn, but due to a controversial EU General Safety Rule that calls for something called Intelligent Speed Assistance (ISA).

New cars launched in the EU from July 6 must have ISA while existing models have until July 2024 to get the technology. It can be manually turned off by the driver, for now…