The BMW M4 and Jaguar F-Type are two performance luxury coupes at heart, and yet they’re substantially different. The Competition model featured here in a drag race is a rear-wheel-drive variant whereas the Jag is an AWD-equipped R model. Not only that, but the Bavarian model has to make do with an inline-six engine compared to the V8 of its British adversary.

Forced induction has also been applied differently considering the F-Type R uses a supercharger as opposed to the pair of turbochargers of the M4 Competition. With 575 horsepower and 516 pound-feet of torque on tap, the V8 generates significantly higher numbers compared to those delivered by the inline-six engine. On the flip side, the bigger engine and AWD make the gorgeous coupe heavier than the BMW. 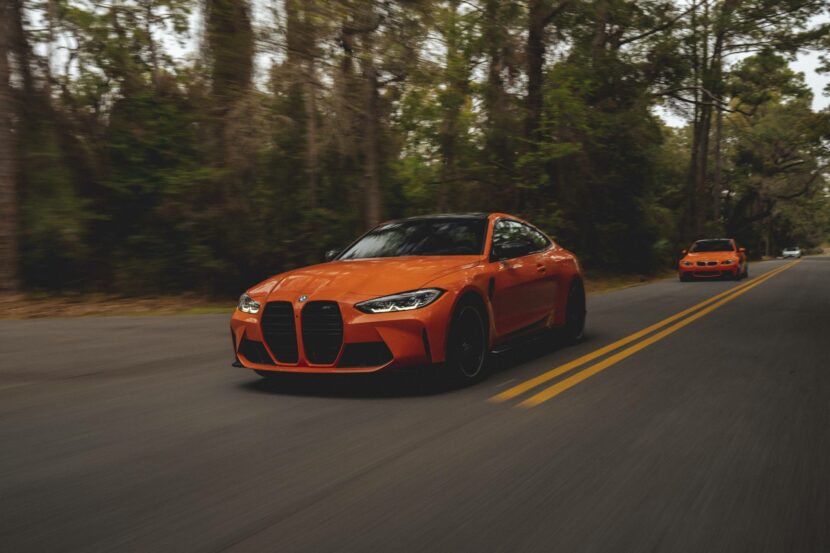 On paper, the F-Type R should be quicker in the sprint to 60 mph since Jaguar quotes a 3.5-second sprint while BMW says the M4 Competition with RWD takes 3.8 seconds. YouTuber Sam CarLegion lined up the speedy coupes in three back-to-back drag races. However, the M4 driver’s poor reaction at the start is easily noticeable in all three duels. Even so, he still managed to win the first drag race and almost caught the Jag in the third one.

With traction issues taken out of the equation, the M4 effortlessly beat the F-Type R in the roll race. It’s the umpteenth reminder BMW usually underrates its M cars. As for the Jaguar, it’s a dying breed since the British luxury brand will axe all vehicles powered by combustion engines by 2025 to go purely electric.

BMW sees things differently by promising there will still be M cars with inline-six and V8 engines by 2030. It has heavily invested in gasoline and diesel engines to keep the ICE alive in the forthcoming Euro 7 era while Jaguar is primarily focused on its next-gen EV offerings.