Range Rovers are somewhat of a rare sight in drag races, so we were anxious to see how this Velar would fare against the BMW X5. Both are premium SUVs with inline-six engines, but as you are about to witness, the gap is huge. On paper, the British luxobarge has the edge when it comes to horsepower as its turbocharged 3.0-liter engine makes 395 hp. It’s a substantial advantage of 60 hp over the xDrive40i’s engine.

Not only that, but the Velar P400 also has significantly more torque (405 lb-ft vs 330 lb-ft). A closer look at the technical specifications shows the BMW X5 carries around an extra 194 kilograms (428 pounds). Both use an eight-speed ZF automatic transmission sending power to an AWD system. It should be mentioned the stylish SUV from the UK has a mild-hybrid system for a temporary electric boost. 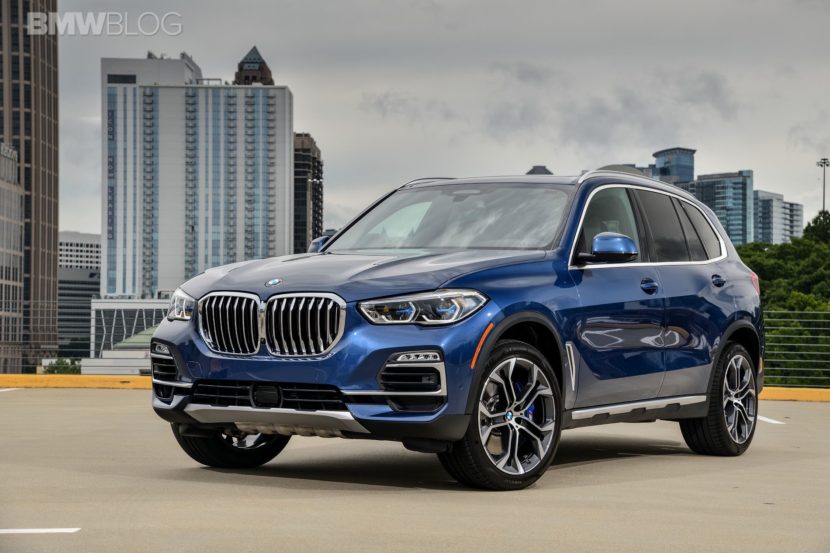 Comparing these numbers, you’d be tempted to say it’s going to be a clear win for the Velar. However, the drag race reminds us BMW typically underrated its engines. This seems to be the case here with the B58 because the Velar simply didn’t stand a chance. It’s especially true in the drag race, whereas in the subsequent roll races from 30 mph (50 km/h), the two were closer.

People aren’t buying these expensive SUVs to race them in a straight line, but it’s interesting to see the theoretical underdog taking an undisputed win. The outcome would’ve likely been the same if the drag race had the X5 sDrive version since BMW quotes the same 5.3-second sprint to 60 mph. Coincidentally, the xDrive45e plug-in hybrid does the job in the exact same time.

As always with drag races, the driver’s reaction is an important factor. However, we’d wager even an F1 driver would have a hard time beating the X5 with the Velar.