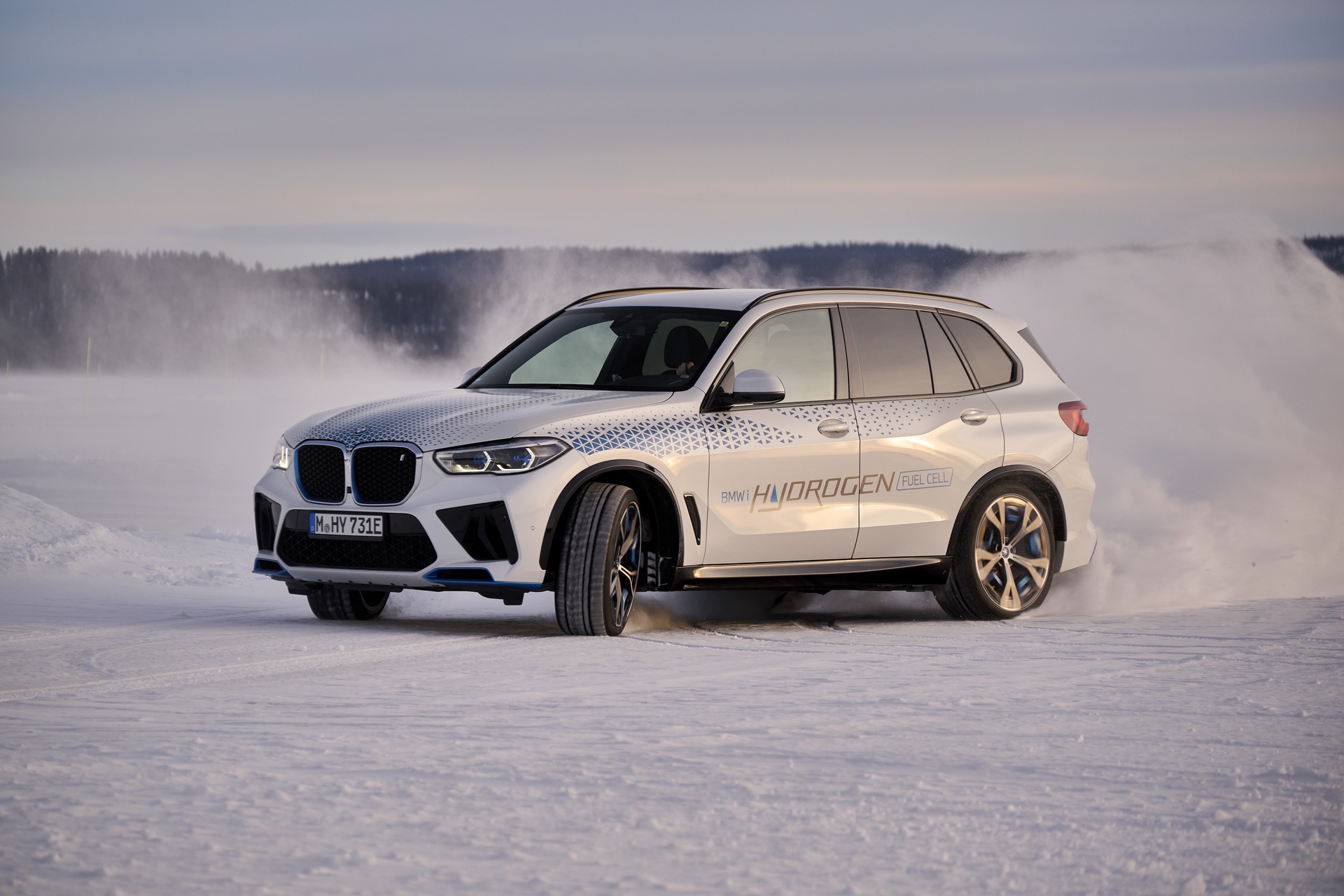 You might be surprised to find out BMW has been working on hydrogen powertrains since 1978. Let’s dial our imaginary time machine back 22 years when the 750hL arrived at the 2000 New York Auto Show. The luxury sedan had a V12 modified to run on gasoline or hydrogen and it pushed out 204 horsepower. With a full tank of H, the concept was able to cover 250 miles (402 kilometers).

BMW did go on to build a small fleet of cars for the Expo2000 to show the hydrogen’s potential, but a series production model didn’t follow. It was too late anyway since the E38 generation was near the end of its life cycle. Indeed, the next-generation flagship arrived only a year later.

The E65 followed and the German luxury brand went as far as to give the hydrogen model its own internal codename: E68. However, the Hydrogen 7 with its V12 engine from the 760i making 256 hp was capped at 100 cars. These weren’t actually sold, but rather leased to VIPs in a bid to increase exposure.

With the 7 Series having a hydrogen past, the Dutch journalists at Autoweek decided to ask the automaker whether the G70 will get the H treatment. BMW member of the board of management Pieter Nota said everything is possible, but it’s not on the agenda. He explained a hydrogen powertrain makes more sense on an SUV. It’s for this reason that the engineers are busy working on the iX5 Hydrogen.

“We see hydrogen specifically as a solution for larger SUVs, such as the X5, but also the X7, for example.”

Because an SUV is considerably taller than a sedan, it has a worse drag coefficient. Wind resistance is more pronounced and consequently has a significant impact on efficiency. It’s especially true if we’re talking about battery-powered EVs whereas a hydrogen SUV would be less sensitive. The iX5 will hit the market in 2023, and while it won’t be mass-produced, it demonstrates BMW’s commitment to this type of powertrain.

Aside from the X5 and 7 Series, BMW has experimented on a 5 Series Gran Turismo back in 2015, a prototype we had the opportunity to drive in Miramas, France the same year.