BMW i4 Review: Is it better than the Tesla Model 3?

Home » BMW i4 Review: Is it better than the Tesla Model 3?

In a new video review, UK’s CarBuyer takes the BMW i4 for a spin to see how it compares, and if it’s indeed better, than the current market leader Tesla Model 3. Nicola Hume gets behind the wheel of the BMW i4 eDrive40, the entry level model of the i4 family. Of course, BMW also sells an M-tuned i4 M50 which comes with additional fun. The BMW i4 eDrive40 M Sport uses an 80.7 kWh battery pack, has a WLTP-rated range of 365 miles, and reaches 62 mph in 5.7 seconds.

In comparison, the entry-level Tesla Model 3 has a 75 kWh battery, gets 374 miles of WLTP-rated range, and hits 62 mph in 4.2 seconds. Both cars are also priced under £52,000 in the United Kingdom. The Tesla does come with all-wheel drive, versus the i4’s rear-wheel drive, though, so there might be some more value there for customers that live in harsh winter climates. 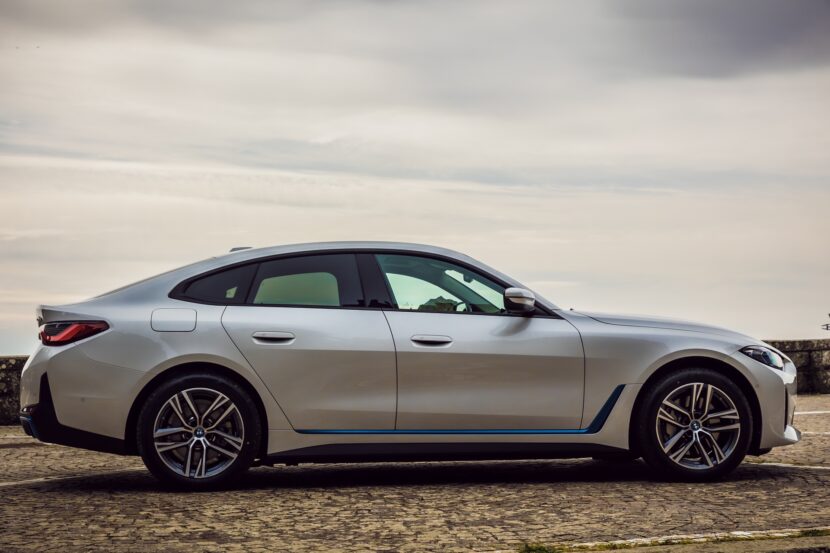 While range is extremely important in an electric car, Nicola wants to also focus on the driving experience and how the car makes you feel. She mentions BMW’s superior balanced chassis and and steering feedback, while praising i4’s interior quality. The new iDrive 8 can be cumbersome, according to Nicola, but the seats are some of the best in the i4.

The i4 is a bit heavy, on account of it using a heavily modified version of the CLAR platform, that was intended for ICE models in the first place: 2,215 kilograms. On the other hand, the Tesla Model 3 Performance runs on a bespoke platform, made specifically for electric cars. Therefore, it’s lighter by some 400 kgs, tipping the scales at 1,845 kilograms. In the end, both cars are solid products in the electric cars segment, and customers now have more options than ever before.