Home » VIDEO: This is Why the BMW X3 is the Brand’s Best SUV

As we recently learned, the BMW X3 is the brand’s second best-selling vehicle, behind only the 3 Series. It’s not hard to see why, either. Not only is the X3 an excellent premium crossover, it’s actually the best SUV in the brand’s lineup.

In this new video, we walk you through why the BMW X3 is the best SUV in BMW’s lineup, what’s different about its new LCI update, and, even more than that, why it’s the best do-it-all car BMW makes.

For this 2022 model year, the BMW X3 has its LCI update, which brings new exterior styling, new interior styling, and some new tech. For instance, its grille and headlights are now different and sleeker looking. Its taillights are more three-dimensional and look like Halo Energy Swords. And its cabin now has the same modern BMW touches as the 3 Series, 4 Series, and almost every other current BMW. 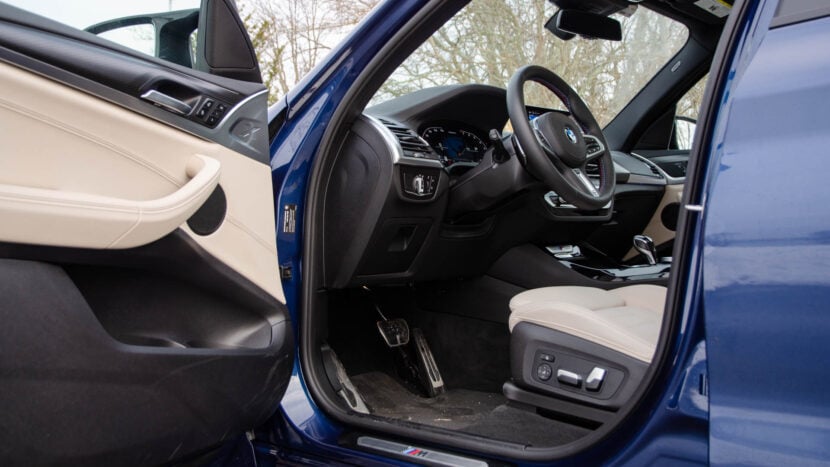 In terms of tech, the X3 LCI gets BMW’s iDrive 7, which isn’t the newest system but it’s the newest one not in an electric model. All BMW X3 engines also get 48-volt mild hybrid technology, which improves refinement, efficiency, and even start/stop functionality.

The best model in the BMW X3 lineup is the M40i. It might not be as fast as the full-on X3 M but it’s the better car all around. It’s certainly fast enough, thanks to its 3.0 liter turbocharged “B58” inline-six — making 382 horsepower and 369 lb-ft of torque. And it handles better than most SUVs have the right to. At the same time, it’s far more comfortable than the X3 M (so is falling down a flight of stairs), significantly cheaper, and more fuel efficient. As a do-it-all family SUV, there’s very little the X3 M40i does poorly and it comes in at a reasonable price.

BMW enthusiasts might cry heresy to call the X3 the brand’s best do-it-all car but, in America where we don’t get wagons, I can’t think of a better one.