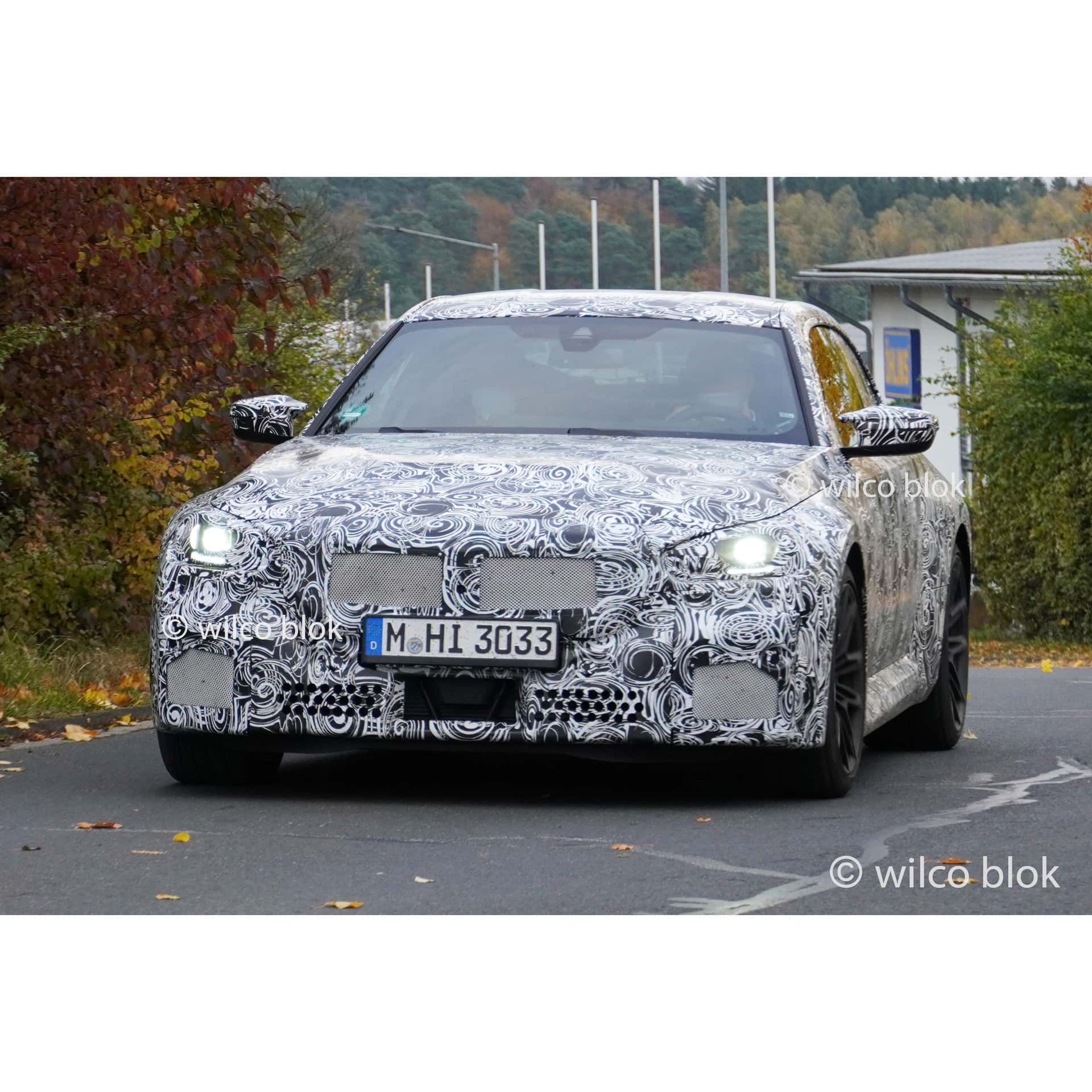 BMW’s upcoming M2 Coupe was just seen testing in public again, this time at the Nürburgring. Not that BMW testing anything at the ‘Ring is a surprise, as BMW practically lives there, but it does give us a good look at the car in max-attack mode. (We don’t own the spy photos but they can be seen here)

Seen in these photos, the BMW M2 Coupe looks really good, mostly. It has all of the right M Division ingredients. Lowered ride height? Check. Aggressive front aero? Check. Muscular rear wheel arches? Double check. Fans might complain about its new grille design or its quirky headlights but the M2 has the stance and muscularity that a good M car should.

Obviously, without seeing it in motion, you can’t see how it handles Germany’s most difficult track. However, it’s safe to assume the BMW M2 will do well at the ‘Ring. Firstly, BMW tests every car at the Nürburgring, even family vans like the 2 Series Active Tourer. Which gives BMWs a tendency to do well there. Secondly, we’ve already driven the new M240i, the car on which the M2 is based, and it’s shockingly capable on a track.

The next-gen “G87” BMW M2 will come with the same 3.0 liter twin-turbocharged inline six as the BMW M3, just with a but less power. From what we’re told, the M2 will make around 450 horsepower, just 23 ponies shy of the standard M3. A six-speed manual will be the standard transmission, thank the car gods, but an eight-speed ZF auto will be available. No all-wheel drive option for the M2, though, just good old fashioned rear-wheel drive.

BMW will finally unveil this next-gen M2 later this Summer, following the M3 Touring in early Summer, which means we’re going to have a very exciting next six months or so. Expect the M2 to go on sale in late 2022.