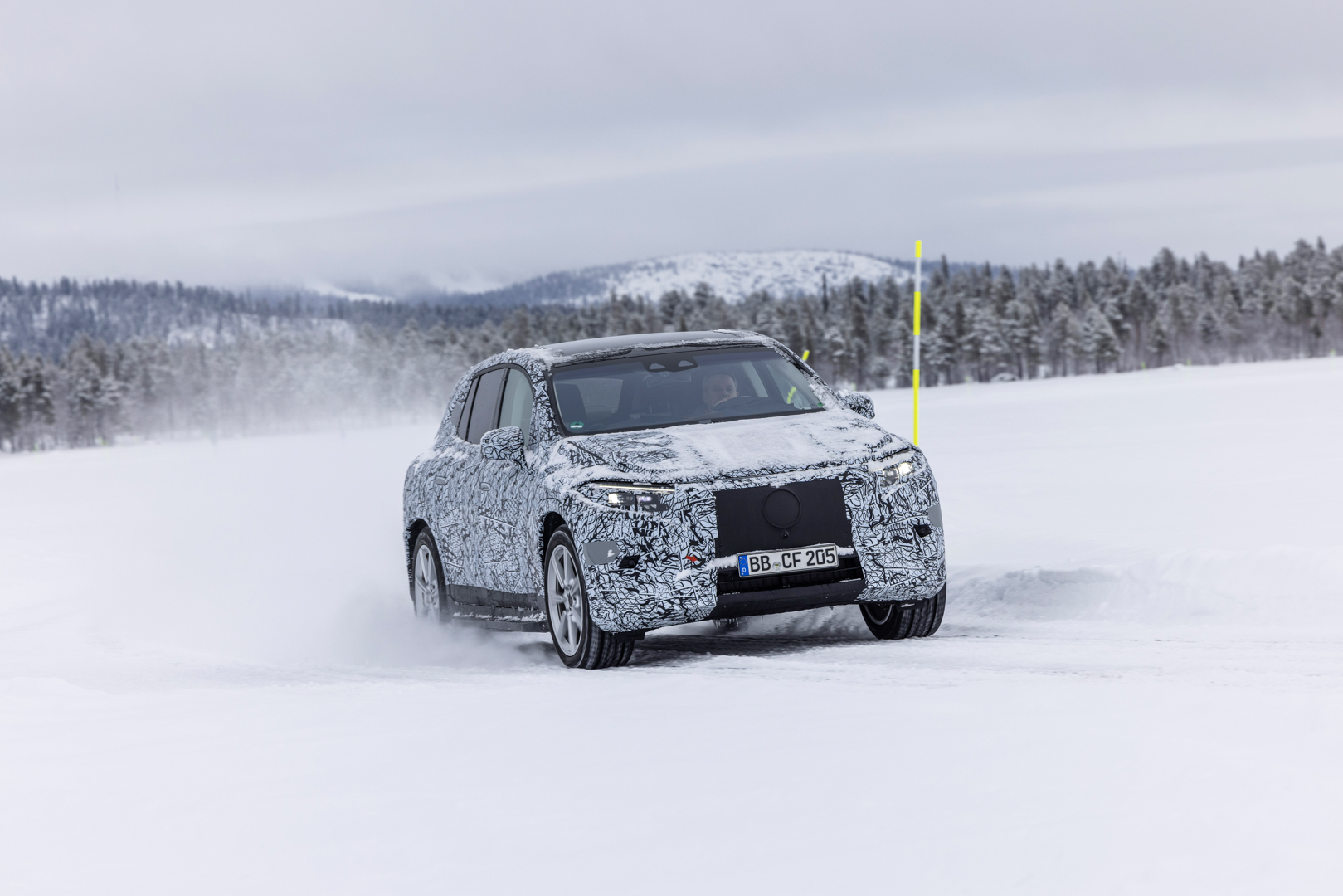 BMW is in the early stages of electrifying its lineup. Cars like the BMW i4 and iX are just the beginning, with future models like the i5, iX1, and i7 already in the works. However, SUVs are where the real money is made so BMW is likely going to need to expand its EV SUV portfolio rather soon, especially with its biggest rival doing exactly that. The upcoming Mercedes-Benz EQS SUV has just been teased and BMW is going to need an all-electric iX7 sooner than later if it wants to compete.

Much like how the Mercedes-Benz EQS sedan is based on the S-Class sedan, the EQS SUV will be based on the GLS SUV. The rather clunky and confusing “EQS SUV” nomenclature might change but the idea remains the same. Mercedes’ GLS-Class is nearly identical to the BMW X7 in terms of size, seating capacity, price, and luxury. The two are incredibly close competitors. But when the Merc has an all-electric version, it will have a big advantage over the X7. 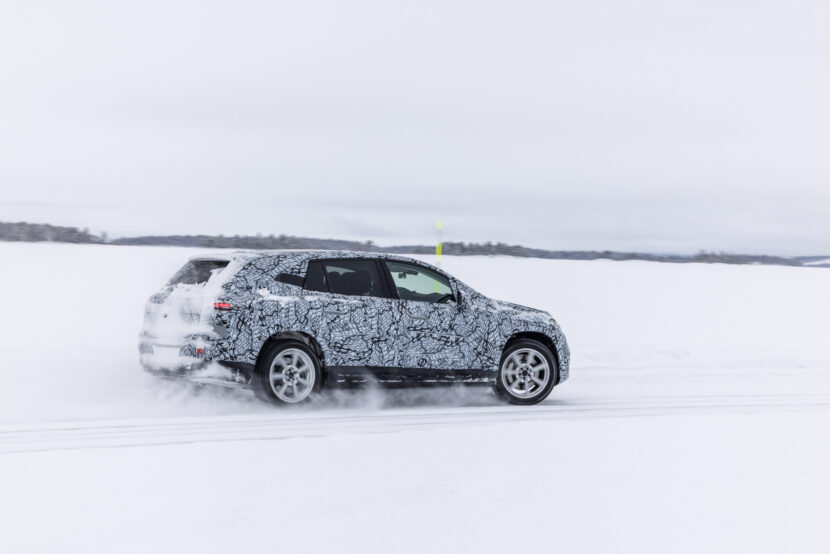 The EQS SUV will be the third model based on Mercedes-Benz’s all-electric architecture and will make its official debut on April 19. When it debuts, the three-pointed star brand will have two all-electric vehicles in the high-end luxury market, the EQS sedan and EQS SUV, whereas BMW will potentially only have one, the i7. We know the BMW i7 is set to debut sometime in early April but it’s unclear if it will be prior to the EQS SUV’s reveal. Still, even if the i7 beats the EQS SUV, once the latter arrives, Mercedes-Benz will have BMW beat two-to-one, in the high-end EV market.

Mercedes-Benz released the interior of the EQS SUV and it’s what you’d expect from the brand today. Its cabin is very similar to that of the EQS sedan but with an entirely new floating center console, with some lovely wood trim. It also uses Mercedes’ new Hyperscreen infotainment system, which is fantastic to look at but we’ve heard some negative comments about its user interface. Though, the same could be said about BMW’s iDrive 8. 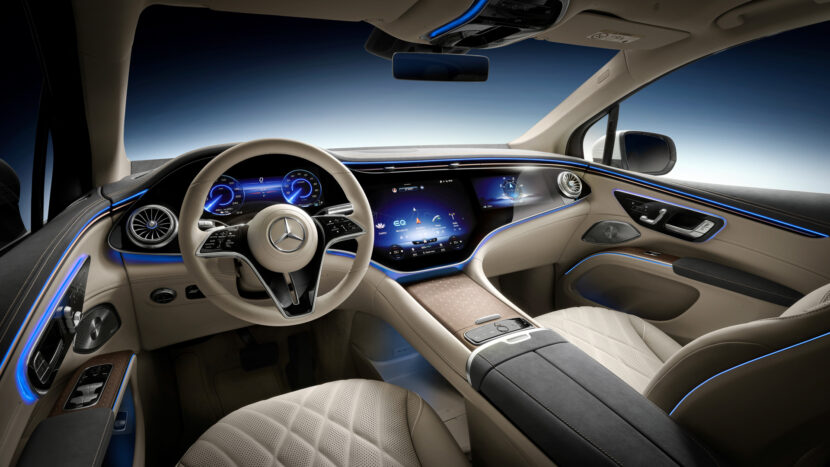 BMW is going to need to create an iX7 soon. Timing isn’t in BMW’s favor, as the Bavarian brand is likely going to release an iX7 along with the next-generation X7 but that isn’t due for several years. BMW is only about to release the LCI facelift of the current X7, so don’t expect a new model, or an all-electric one, for a few more years.

Whenever it comes, though, BMW is going to need an iX7, as the EQS SUV is almost certainly not going to be the only high-end luxury EV SUV on the market by then. Hopefully for BMW, whenever it arrives, it will be ready to compete. 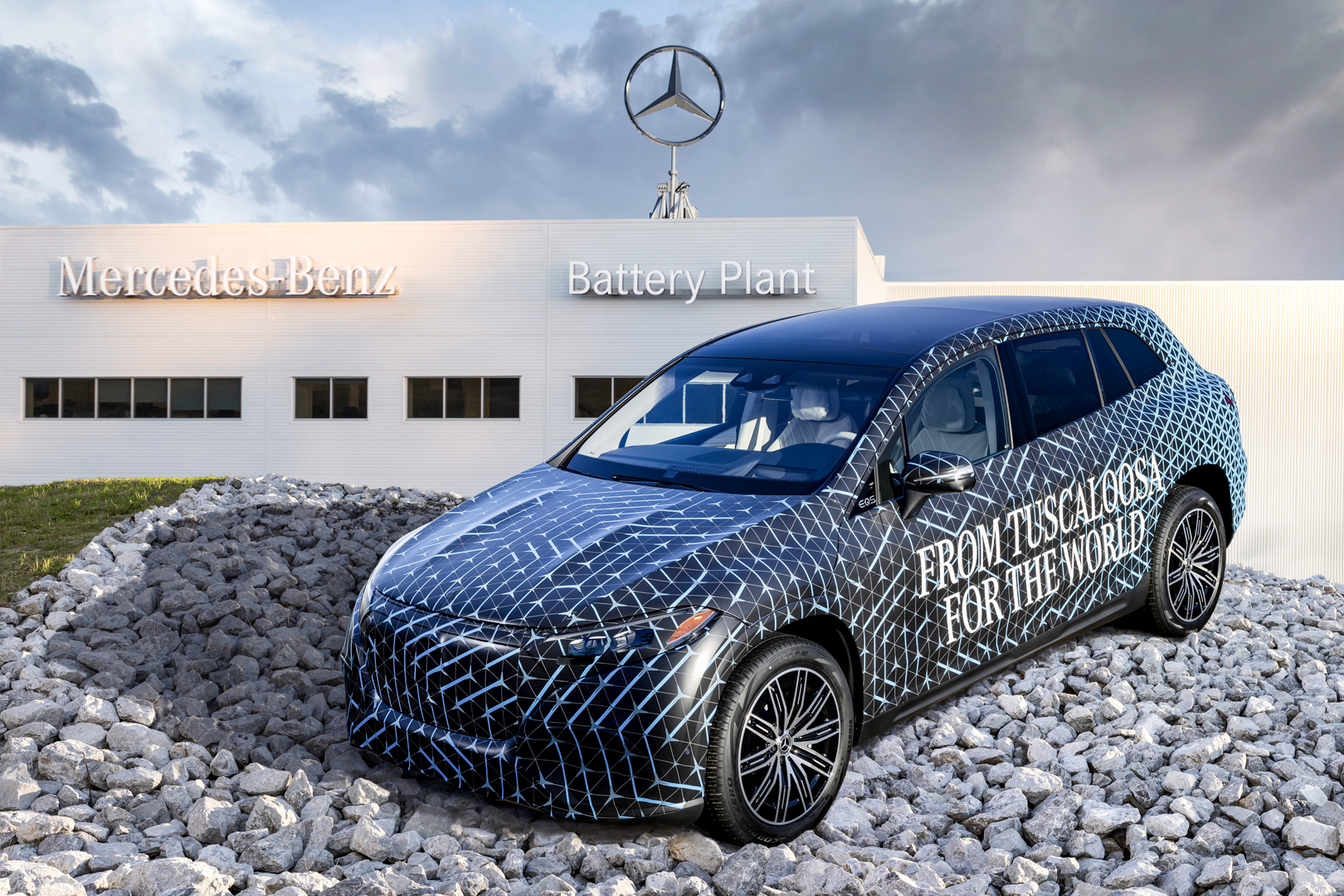 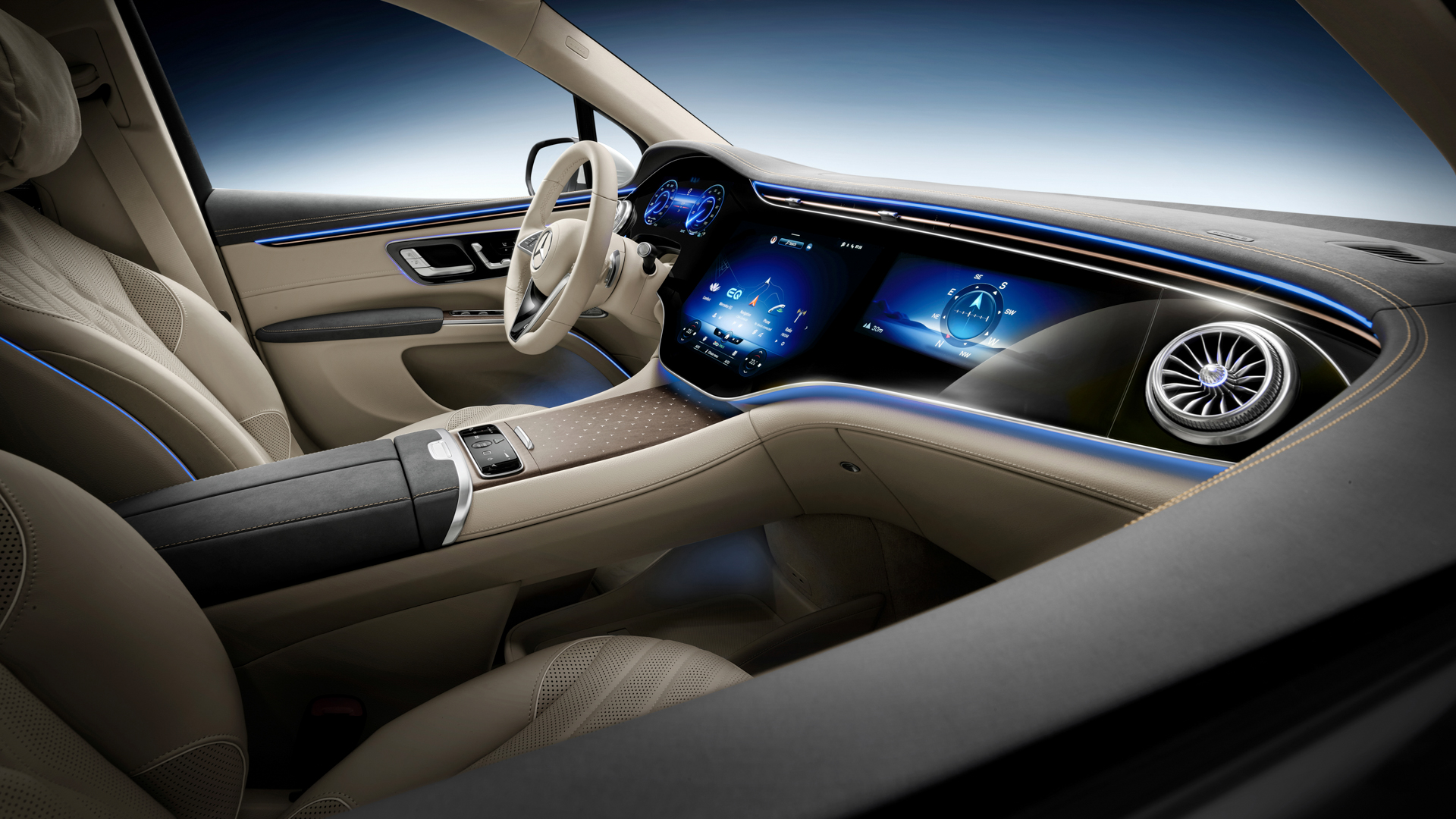 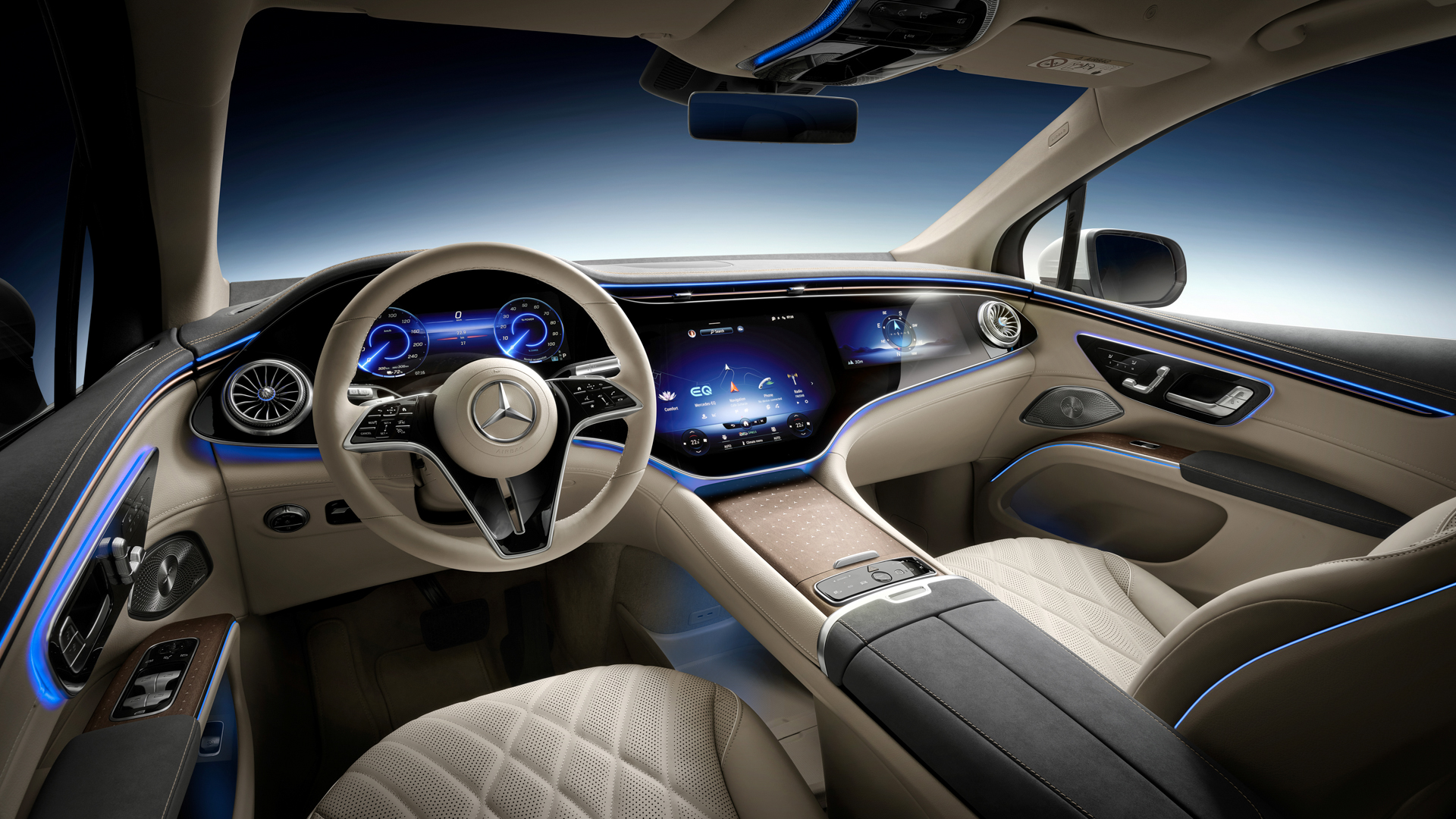