There are BMW M enthusiasts out there and then there’s this Florida man, a former Audi fan. Meet Drew Leslie, with an impressive obsession (in a good way) for the M3 E92. The typical car fanatic has two maybe three examples of the same model, but he owns no fewer than nine. Not only that, but they’re all in Individual color, including a Fire Orange from the Lime Rock Park Edition.

The colorful collection is going up for sale because Drew is a businessman at the end of the day and can’t keep all of them in stock. He sells high-end used cars in Central Florida where the M3 E92 coupes are currently residing before finding new homes. It’s easy to understand why he has a fixation for this model what with it having a naturally aspirated V8. Turbocharged engines have taken over since then, while the transition to EVs is happening as we speak.

Some will likely be disappointed to find out that out of all nine cars, only one has a manual gearbox. It’s the M3 E92 finished in Speed Yellow as the other eight have DCTs, including the 1-of-2 Phoenix Yellow. All share the Competition Package, while three have a Frozen color, such as the 1-of-72 Frozen Blue with the rear spoiler removed. 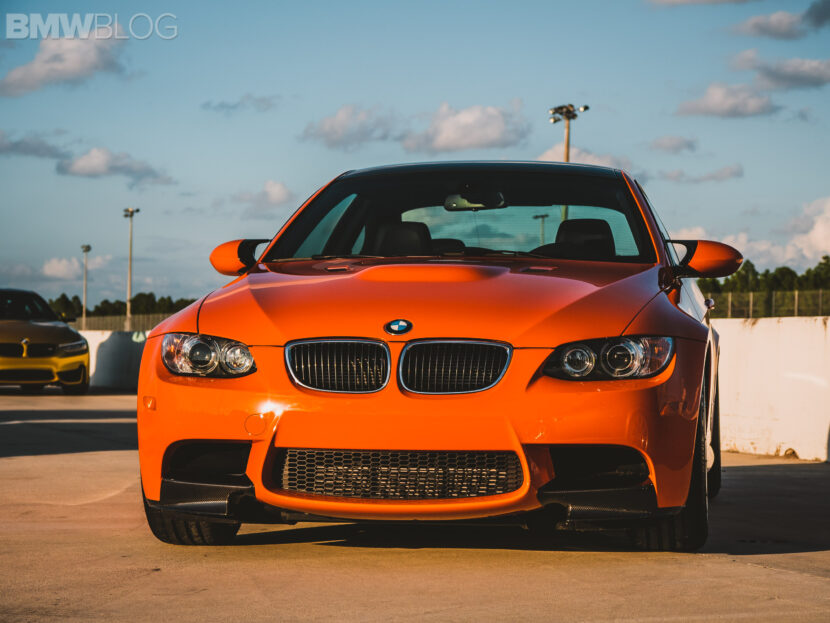 As for the Dakar Yellow car, it’s the only one without the carbon fiber roof. The sinister M3 E92 in Frozen Black was later fitted with an Akrapovic exhaust and some of the others also have upgraded exhausts. If you’re wondering why six are showing the odometer in mph while the other three have it in km/h, it’s because these are US- and Canadian-spec vehicles.

The third car with a Frozen color is the silver one, but the most striking might be the Java Green. As to which is the most valuable, the manual Speed Yellow and 6,900 miles is estimated to be worth $130,000. At the other end of the mileage spectrum, the Phoenix Yellow has over 61,000 miles.