We have a special treat for you today. Thanks to a follower of ours on Instagram, we bring you an exclusive look at the first ever BMW M8 Competition Coupe in the BMW Individual color Speed Yellow. The pictures were taken at the Hahntennjoch pass in Austria during an exclusive test drive.

Therefore, the owner of the @bmwm2_competition account becomes one of the first in the world to drive the new BMW M8 which has its press drives scheduled for next month. 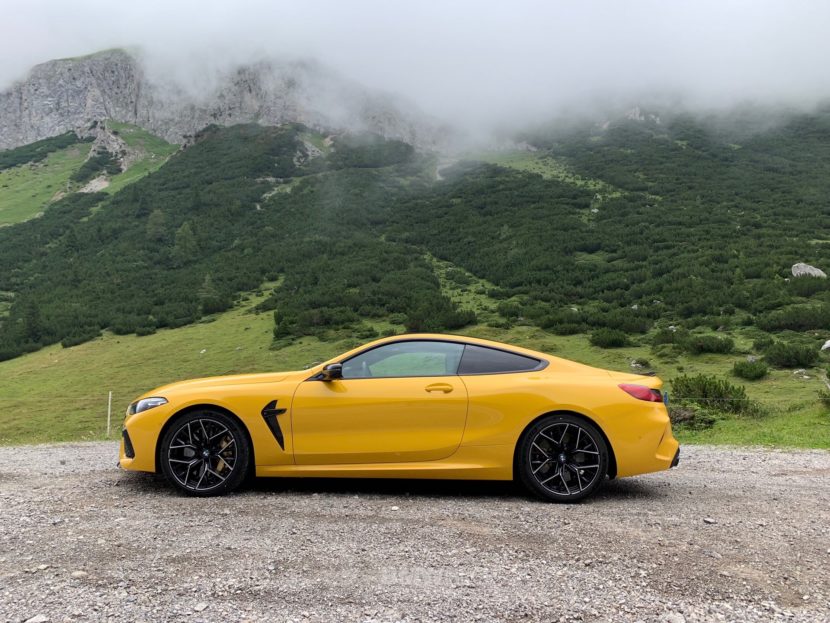 As you’d expect, the M8 Coupe looks absolutely exquisite in this color and it’s bound to turn heads everywhere it goes. The Speed Yellow matches perfectly with the black and grey accents of the M8 Competition. But it’s the yellow calipers of the carbon ceramic brakes that round up the M8’s looks. 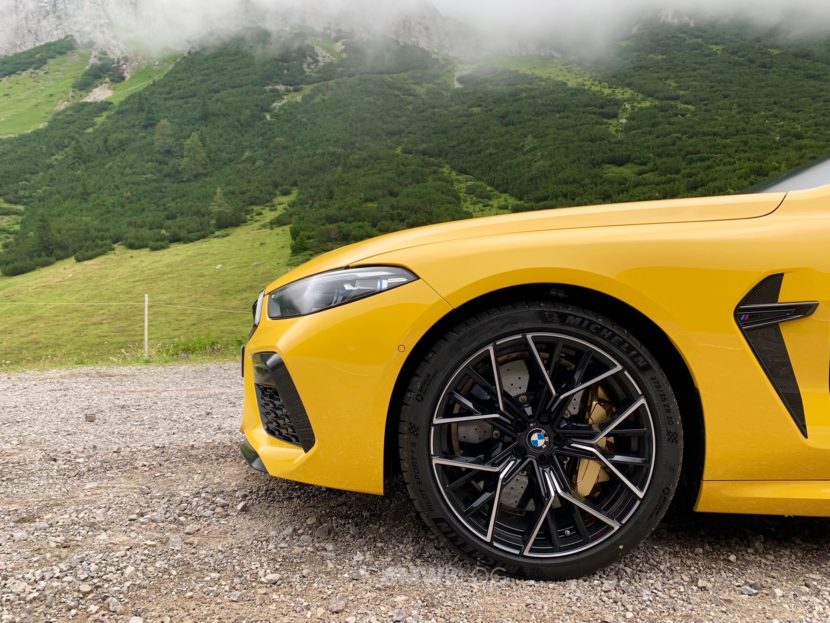 Under the long, sculpted hood of the regular M8 lies essentially the same engine as in the F90 BMW M5. So it’s a 4.4 liter twin-turbocharged V8 that, in standard guise, makes 600 hp and 553 lb-ft of torque.

According to BMW, the M8 Coupe can get from 0-62 mph (100 km/h) in 3.3 seconds. Like the M5, though we suspect the M8 will be a few ticks quicker than that, potentially breaking into the 2-second range. 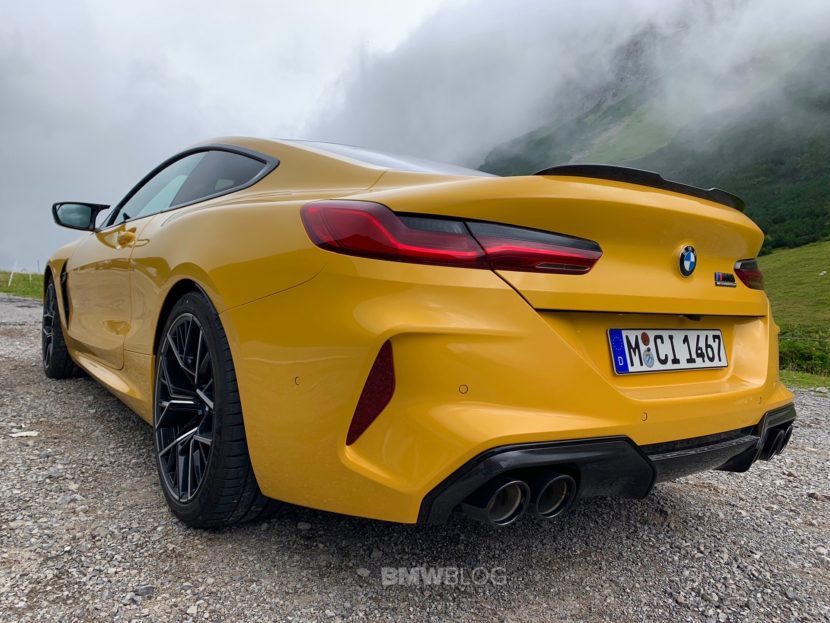 The M8 Competition uses the same engine but make 625 hp and the same 553 lb-ft of torque. That little bit of extra power is said to drop its 0-62 mph time by one tenth, doing it in 3.2 seconds. Again, like the M5 Competition, we suspect it will drop into the 2 seconds range.

According to BMW, the M8 road car has had its chassis and suspension tuning developed with lessons learned from the M8 GTE race car. It’s also been given a stiffer anti-roll bar at the rear and both a steel X-brace and an aluminum transverse strut, for increases rigidity. 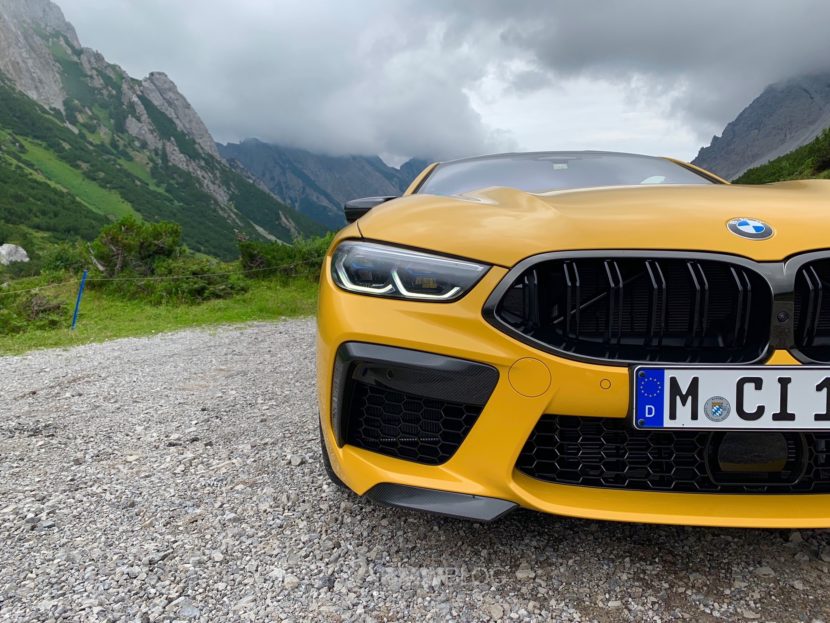 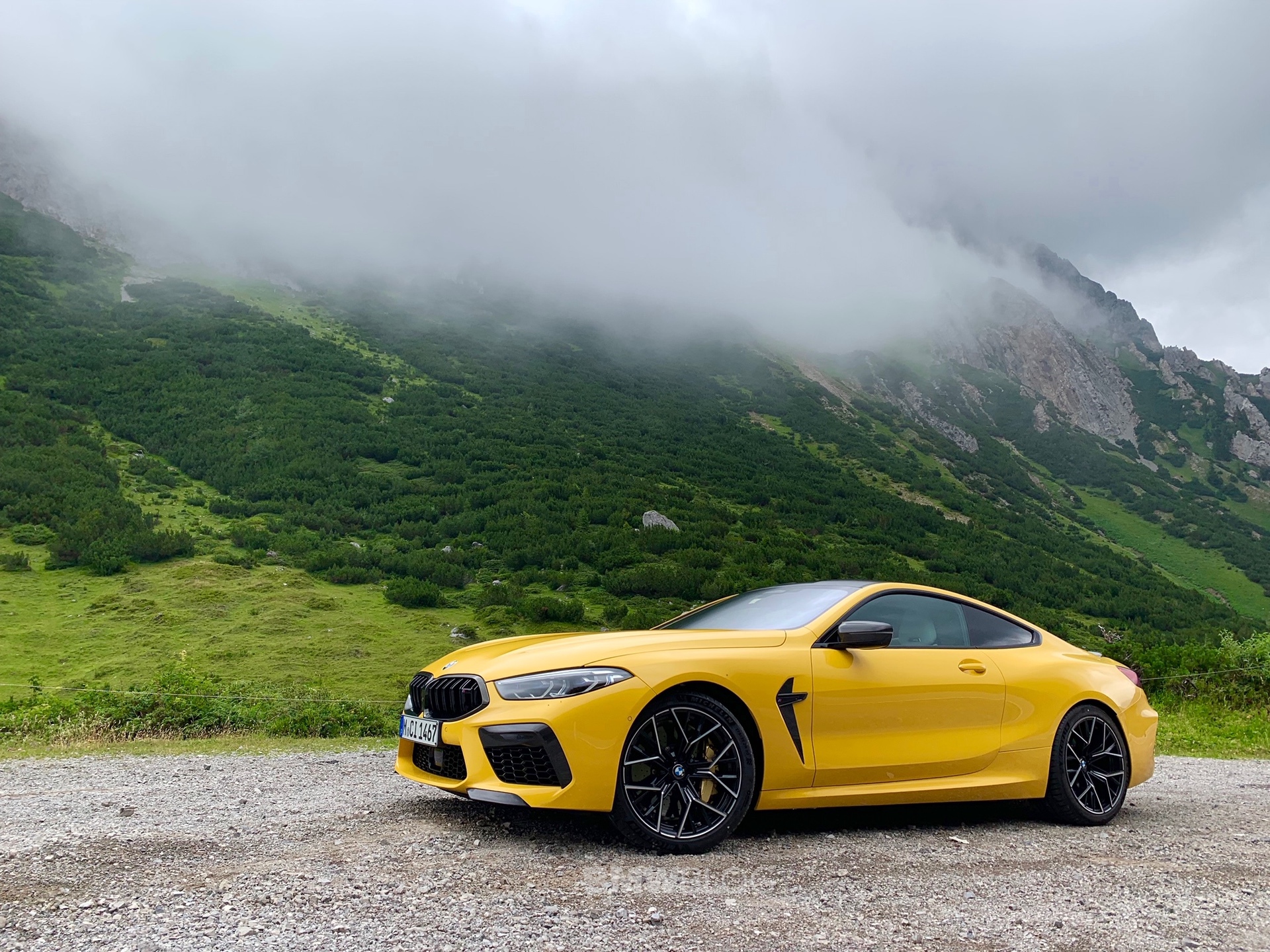 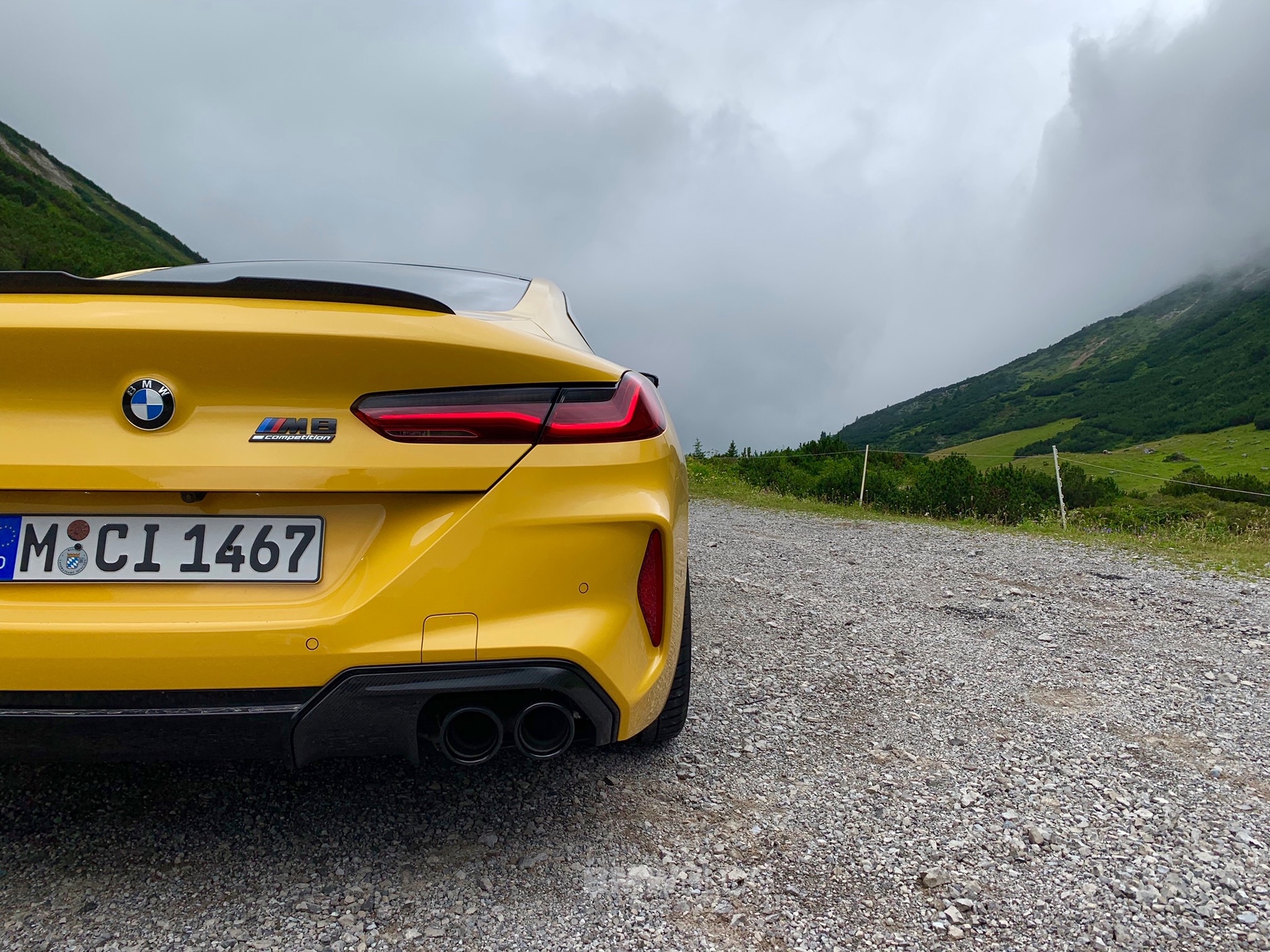 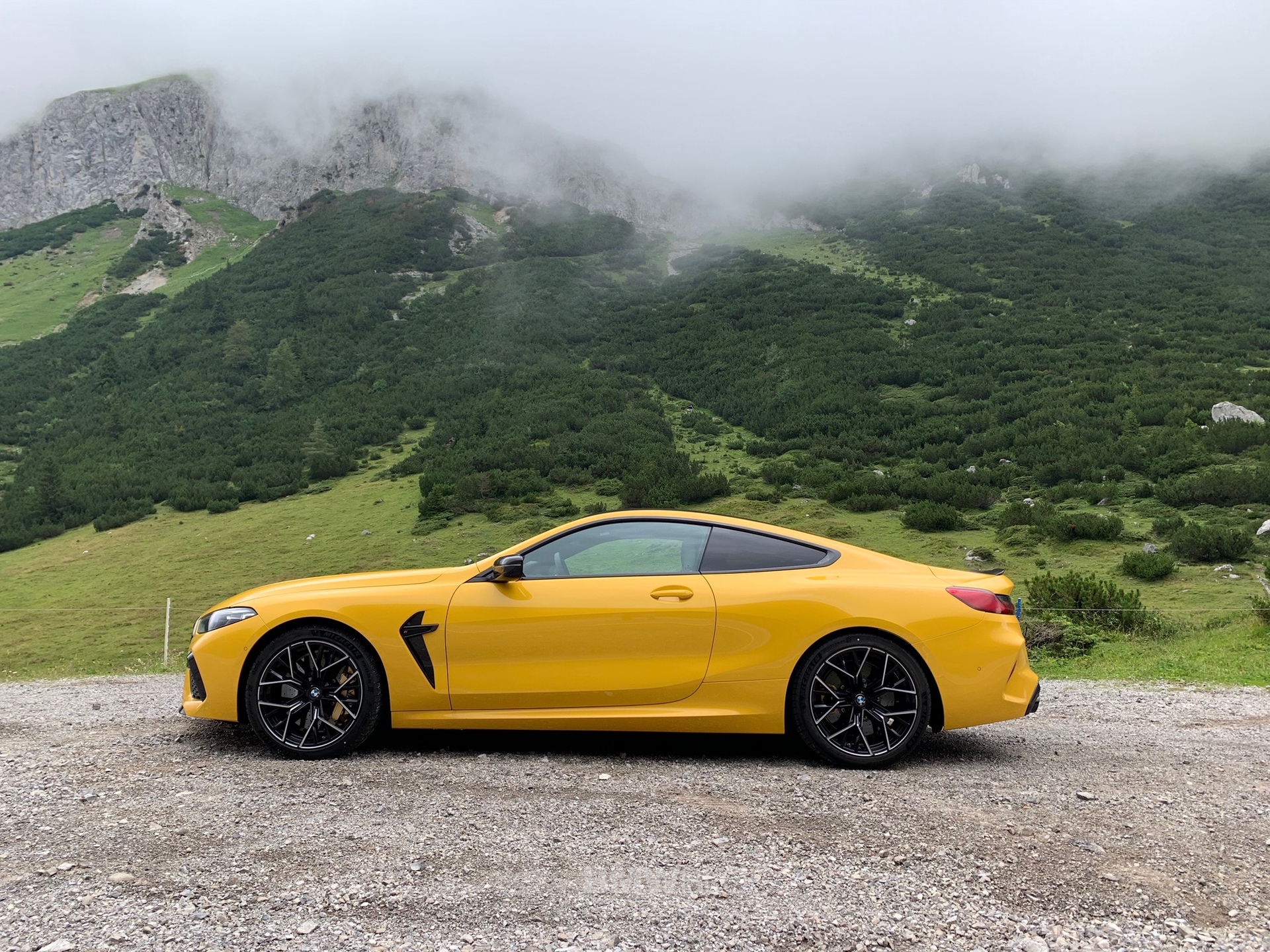 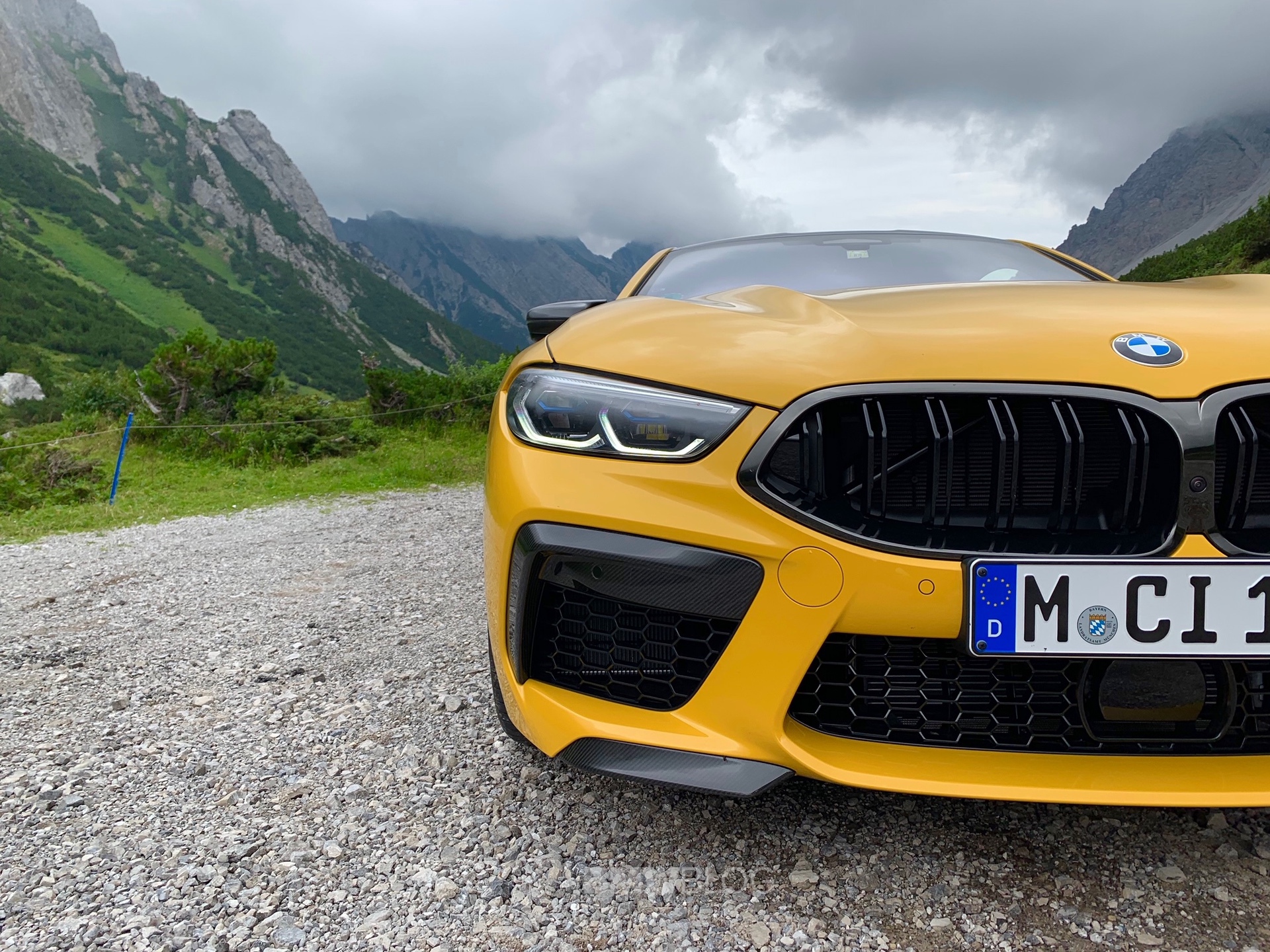 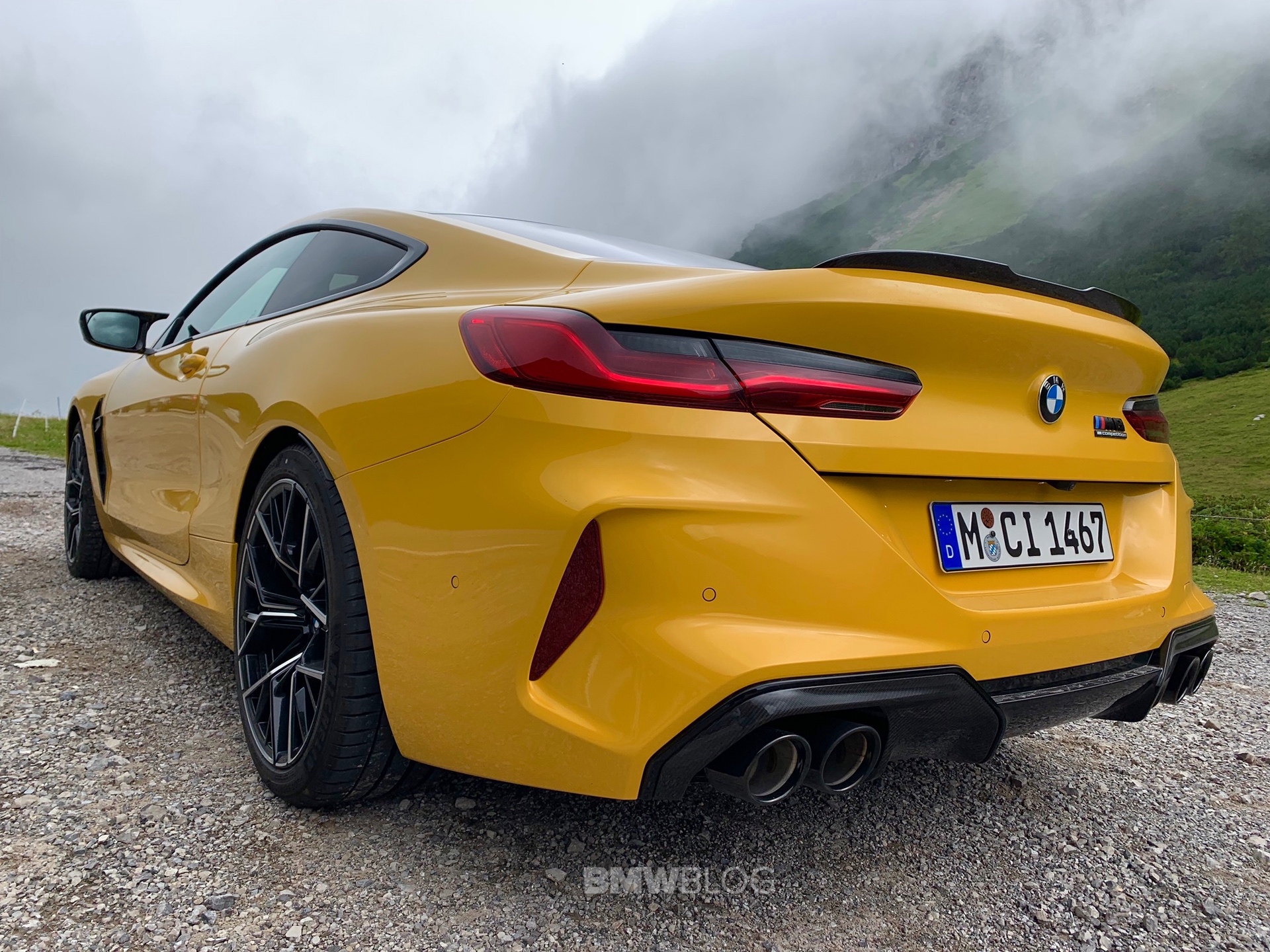