If you think modifying a BMW 8 Series E31 is sacrilegious then this video is certainly not for you. If you’re still here, allows us to introduce you to what used to be a 1994 840Ci. Those days are long gone since the sleek coupe was fitted with the 850Ci’s body before getting many other mods. Where should we start? With the engine bay, of course.

Gone is the 4.0-liter V8 M60 with its 282 horsepower as it had to make way for an S62 taken from the M5 E39. Aside from the engine transplant itself, the 4.9-liter unit is no longer naturally aspirated since it was fitted with an ESS supercharger. The 8 Series E31 also borrowed from the sports sedan its six-speed manual transmission, but with a Dinan shifter.

YouTuber Beemer Fam had the opportunity to have a closer look at the unofficial M8. The 8 Series E31 never got the full-fat M treatment since the M8 only existed as a prototype. This unique build is even more extreme, having lost the rear seats as well as the headliner to remove weight. If those seats are familiar, they’re the Vader seats from an E36 M3. 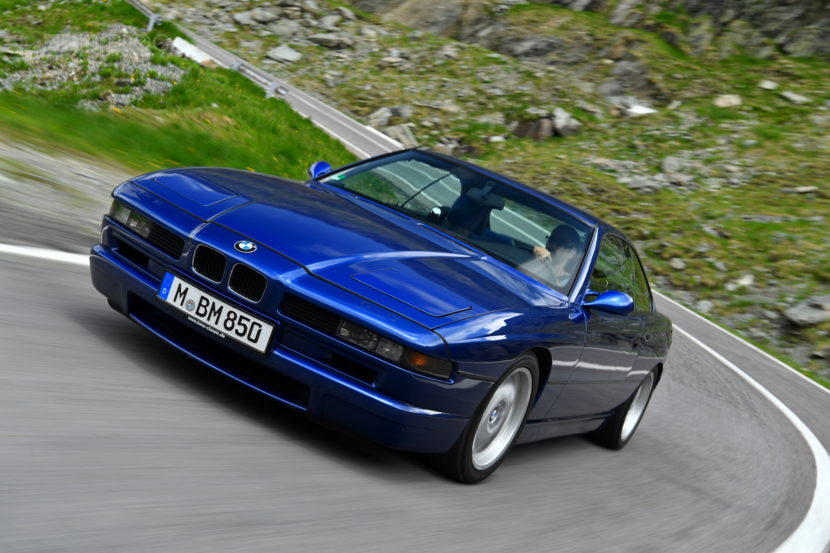 With around 620 horsepower on tap, this isn’t your ordinary 8 Series E31. As a matter of fact, it has just about the same oomph as the current M8 Competition, but in a car built nearly 30 years ago. The list of aftermarket parts also includes a Dinan exhaust, H&R suspension, and a differential taken from an E36 M3. Fun fact – the rear bracing in the trunk is adapted from a MINI Cooper. You’ve likely noticed the BBS wheels, while the soundtrack is nothing short of amazing.

With so much power going to the rear wheels, it’s a good thing the brakes have been upgraded. For added safety, the seats now have a harness and there’s also a fire extinguisher in case something goes horribly wrong. The shop also built a second 8 Series E31 with an all-black look and the same engine swap, but without the supercharger. It’s obviously less brutal than this and retains its grand touring nature, but with an added punch.