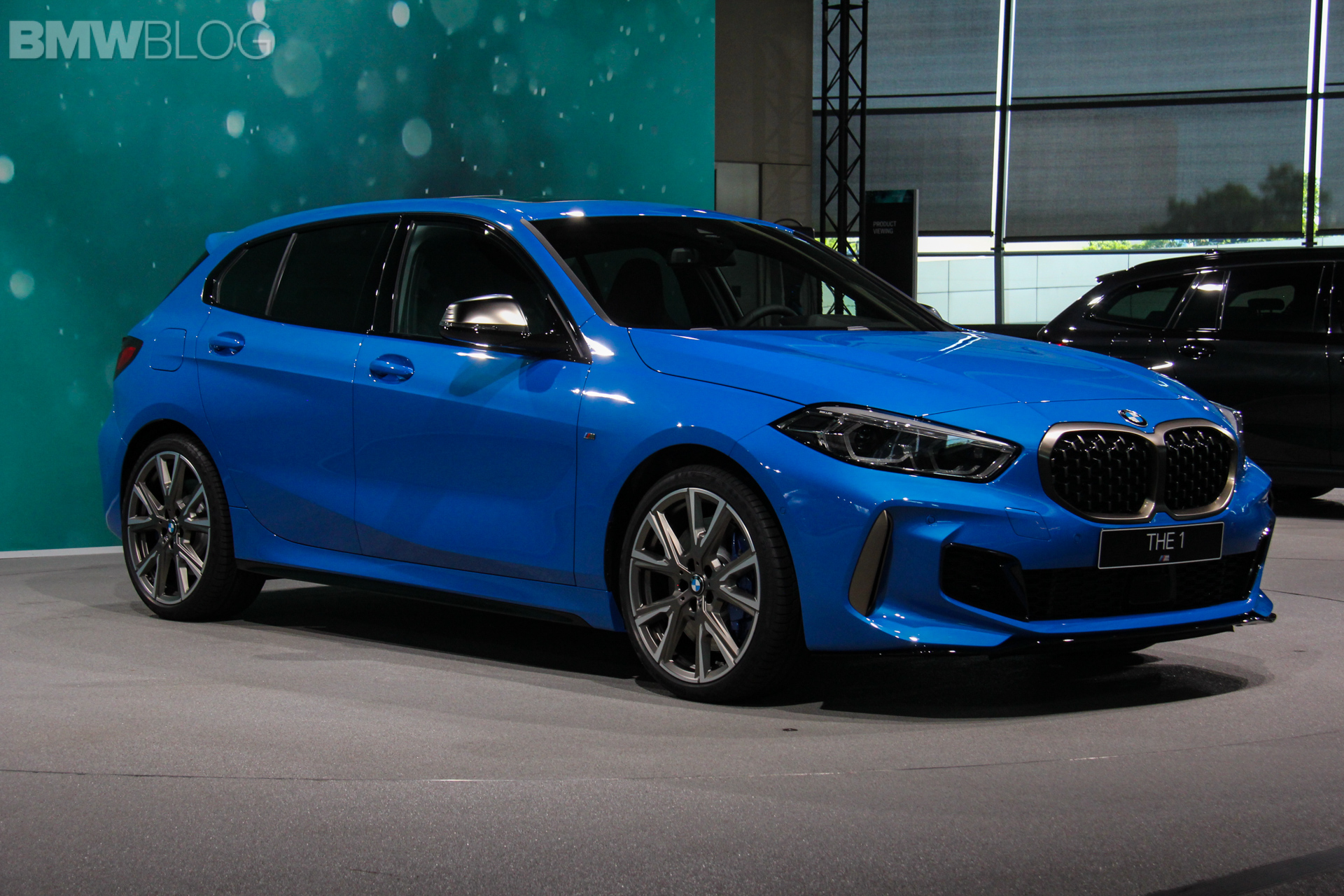 Most BMW fans were disappointed with the brand’s decision to switch the 1 Series from rear-wheel drive to front-wheel drive, which has caused most fans to overlook the new 1er. That might cause some disinterest in any updates BMW might give it. Though, despite its front-drive layout, it’s not a car that should be dismissed out of hand, as it’s better than most BMW enthusiast give it credit for and it’s about to get slightly better, thanks to the LCI update that’s been seen in public. (We don’t own the photos but you can see them here)

In these new photos, you can see the newly facelifted 1 Series hatchback on the back of a car carrier and get to see the car up close. It’s wrapped in camouflage but you can still see most of the admittedly mild changes. So let’s take a look.

Up front you can see what seem to be slightly updated headlights, which now seem slimmer and sleeker. The current, pre-LCI car has chunkier, more angular headlights, while these new ones are a bit more subtle and similar to the current 4 Series’. The angle of the photo doesn’t allow a good enough look to see the kidney grilles and whether they’ve been updated. It’s not likely but BMW may have tweaked a thing or two.

Out back, an interesting detail, or lack thereof, is the exhaust-free rear bumper. Even on the most basic, entry-level 1 Series hatchbacks, you get real exhausts pipes. This test mule, however, lacks visible exhausts, which is an interesting omission on a BMW. The Bavarians have been enthusiasts’ last hope for real, visible exhausts over the past few years but it seems as if even they’ve conformed. At first I thought it might be an EV or hybrid 1 Series, which would explain the lack of exhausts, but there aren’t any of the necessary badges such cars would require.

This new 1 Series is a good car but it certainly isn’t a great one. If BMW can update the style a bit and maybe give it an interior tweak, it might become a more desirable car for customers.